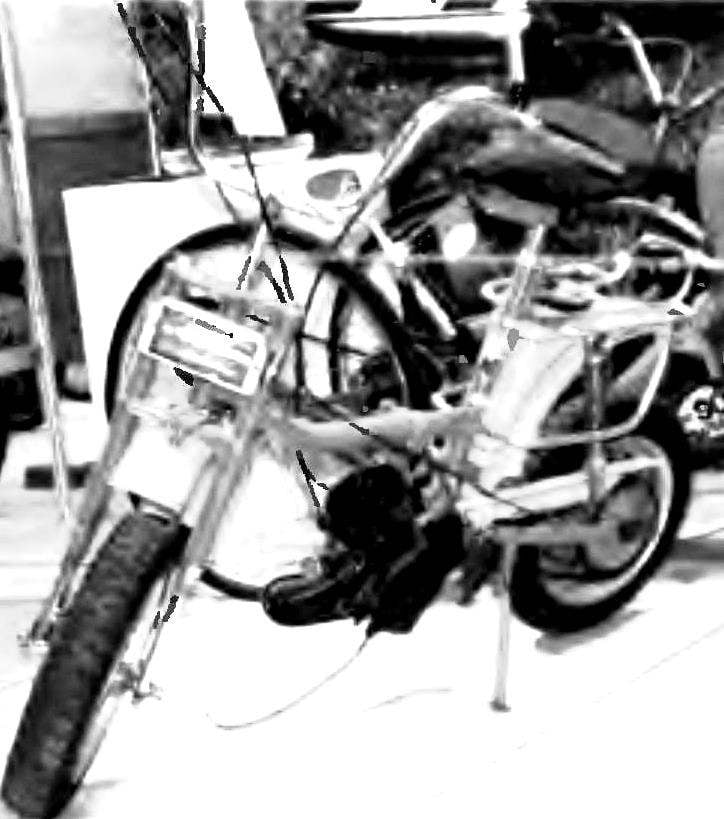 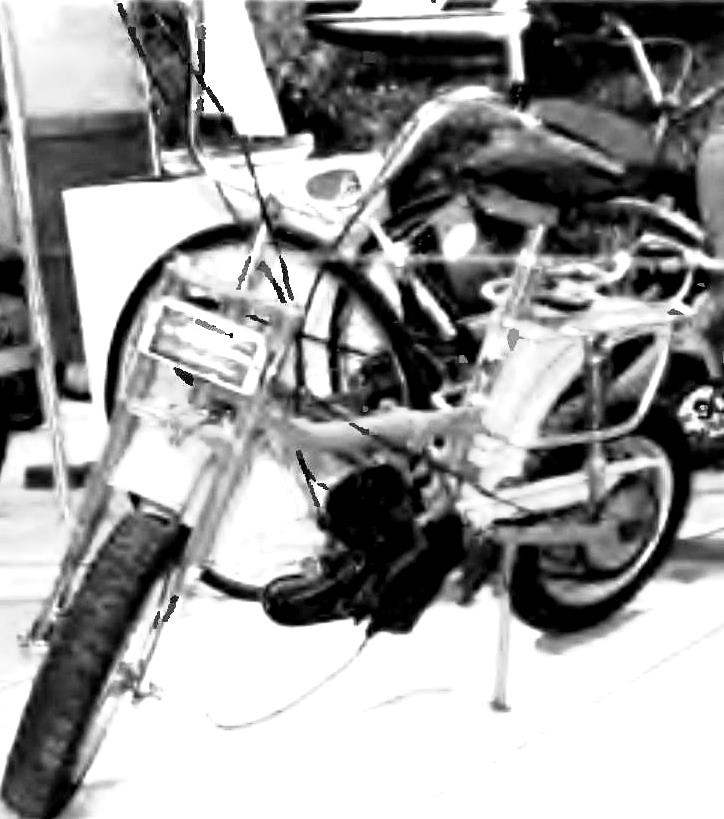 About the club Valerii Taranaki known to many. How could it be otherwise? Ongoing participation in meetings and competitions enthusiasts “autosome”, in Republican and all-Union exhibitions, prizes, diplomas and medals he acquired this team a well-deserved reputation. On the pages of our magazine has already told about the car and metaconstruct Kharkiv “Club eternal”. Today we acquaint readers with their latest development, micropolitical “Dwarf”.

Before working on this machine, its creators — V. Taranukha, N. Titov, M. and A. Kushnir Riabovol has set a goal: to make as more as possible compact micromatic — Sputnik motorist, you have micromatic, which could be transported in the trunk of the car. Produced at the present time the domestic industry mini-mokik “Riga” does not meet the needs of motorists in a car of this class, since it only fits in the boot of the car GAZ-24 “Volga” with a body “wagon”. But such machines are known in personal use is very little. Therefore I got the idea to create micromatics that would fit in the trunk of any, I emphasize — any! — domestic passenger car. This approach, together with traditional club with the desire to maximize ready units, determined the design, “Dwarf”.

The primary element — frame — taken from the Bicycle “Desna”, the pipe frame is cut and rearranged as shown in the figure. It took to the node of the folding frame has shifted to the steering rack. Welded to the frame standard engine mounts sh-58 from the moped “Verhovina”, although you can install any other similar engine. The engine, running boards and rear suspension are made in one piece.

Alteration of the frame.

The most interesting suspension design solved. Micromatic was designed foldable, so the shock absorbers of the motorcycle “Minsk” had to be positioned with one hand. The attachment of the wheels and console. Pendulum Polovinka with the clamping axis of the rear wheel is slightly curved feather the front fork of the motorcycle “Voskhod”. The length of this pen is made of the pendulum and the front suspension. The role of the front polovinki plays a thick-walled tube with external Ø 22 mm Axis wheels — insert are discrete components measuring clamps pendulums. Wheel mounted on an axis, in turn, are clamped by the nuts. The rear suspension uses bearings No. 203, in front of No. 203 and No. 304. Wheels for “Dwarf” is taken from the card, wheels — alloy, self-made, the type of disks card. The use of a wide wheel of small diameter gives the appearance of the machine more compact. Wings from the mini-mokik “Riga” slightly modified to account for the smaller diameter wheels. Brakes installed only on the rear wheel. Brake drum and sprocket from a motorcycle “Rising”.

1 — hydraulic shock absorber of a motorcycle “Minsk”, 2 — way part (of the front fork of the motorcycle “Voskhod”, with camber under the wheel), 3 — wheel, 4 — chain tightening system.

The axis of the rear wheel.

Front wheel axis.
The unique appearance of the “Gnome” gives the absence of the traditional muffler shape. Instead, set the original, made of filter motorcycle “Minsk”. Its advantages are obvious: it is collapsible, which is important for cleaning, besides you have the option to mute it further.
This probably ends the list of components and parts, fully manufactured and partially modified. Everything else is ready. Fuel tank — from “Riga” trunk “bag” — Bicycle; the handlebars is also bike — from “the Gums”, height-adjustable; the seat is from a mini”Riga”, it is also adjustable. Pipe under the seat is taken from the “Gums”. As you can see, units and parts “Gums” are very popular in the “Club eternal search” and used not only in the design.
A number of standard components complete the bike headlight and brake light of the motorcycle “Java”. Bracket-brake light and the rear fender is also a carrying handle, “Dwarf” when folded.
“Almost all parts “Gnome”, — said V. Taranukha, — store-bought or taken from dismantled the motorcycle and Bicycle equipment (and to put it simply, in a landfill). Their total cost, including the cost of all works on Assembly of cars, less of the retail price of the mini-mokik “Riga”.
The benefits of a “Dwarf” before the last there. Kharkiv turned out smaller (dimensions 1210X938 mm), foldable, elegant machine. It is relatively easily carried with one hand when folded, fits in the trunk of the car “Zaporozhets”, it is possible to raise the Elevator in an urban apartment, where she will take up little space.
M. BARYATINSKY