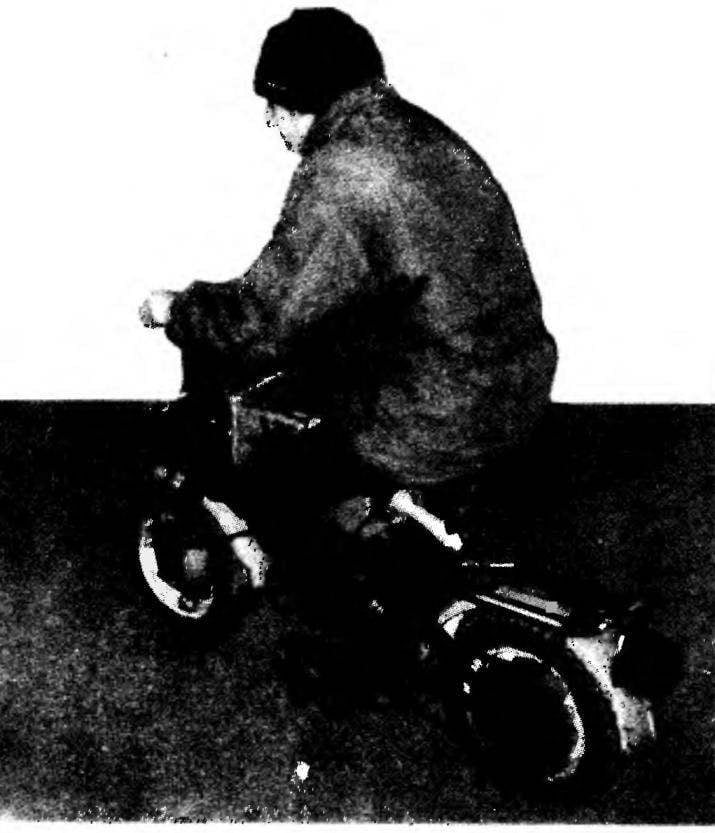 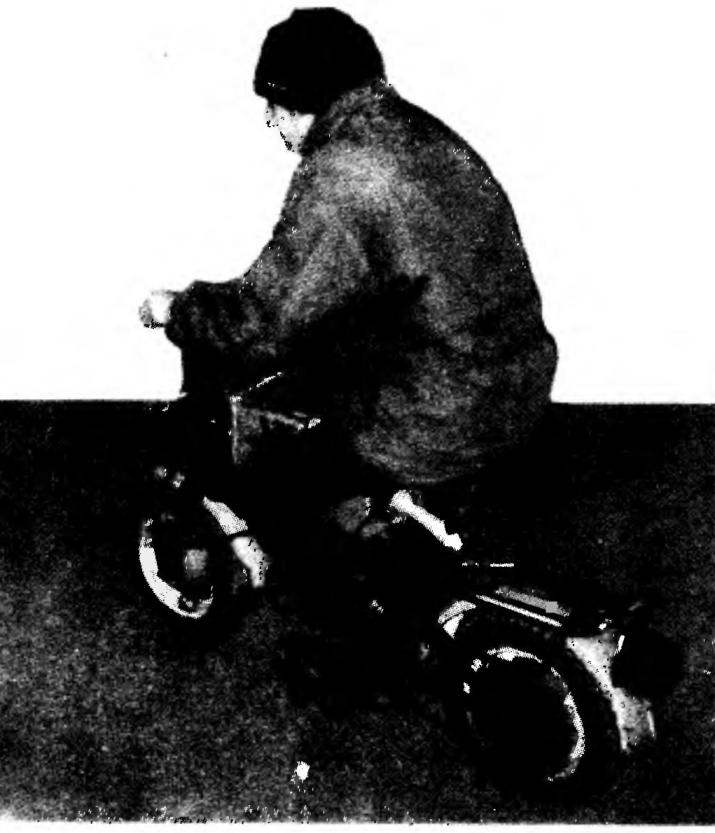 I built most of the vehicles are based on commercially available motorcycle or bike noisy and power hungry internal combustion engines. It was with one hand comfortably, and the other is very troublesome, as the quality of the engines met rarely and had a lot of energy, and most importantly, time to spend on their completion and debugging. That’s why you always attracted to the idea of use as power unit of electric drive. Knowing that there are pros and cons, first and foremost, difficulties with the power source, the version of electrocycle always left “for later”. But first the absence and then the high cost of gasoline has forced to revisit her.

The basis for the design was the frame and suspension of the Riga mini-mokik. As the engine used electric MN-1 consecutive excitation with a good combination of power (1.5 kW, 24 V) and dimensions. Unfortunately, the issue with light but long battery life remained unsolved, I had to take for this purpose a large heavy car, put it in a metal box-section and mounted on the frame instead of the tank. Understand: this “thing” does not paint the car, but there was no other way.

For lowering speed, transmitted from the engine to the sprocket, used a modified gear from power drills “Universal”. I must say that the remake suffered in its building: from the high-speed shaft replaced the shaft and bored a hole under the outer sleeve of the bearings 201, and the opposite — prepared surface for installation of a lock wheel, a bearing 1000109 and end rim wheel chopped return the Cams to the clutch with the pinion gear. Kinematics is virtually unchanged, including the low-speed shaft with hex shank.

Application of duplex bearing arrangement due to the change in the direction and magnitudes of the forces during operation of the reducer in other than drilling conditions. 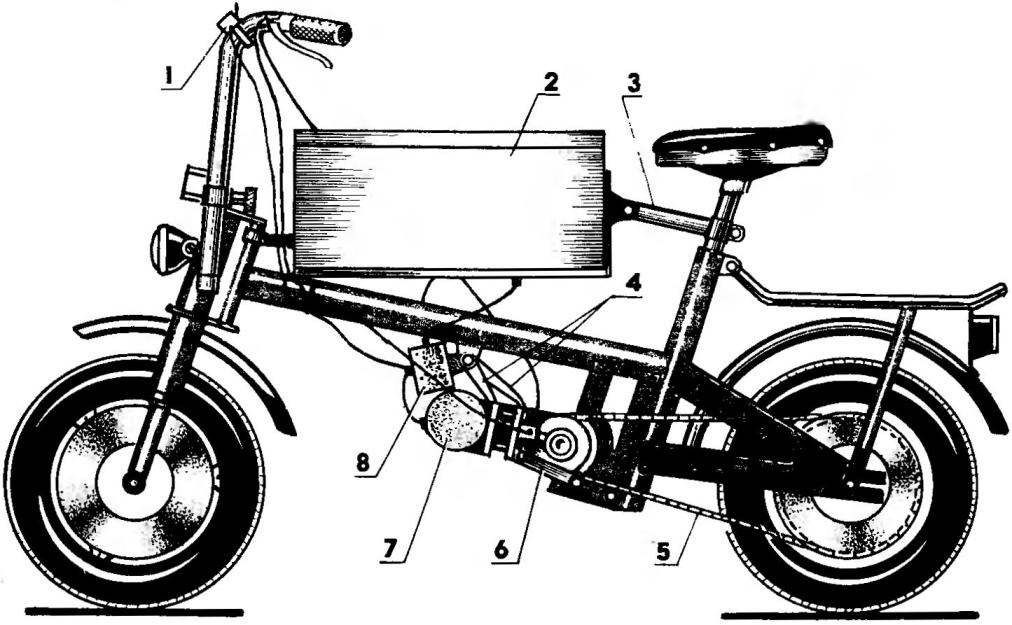 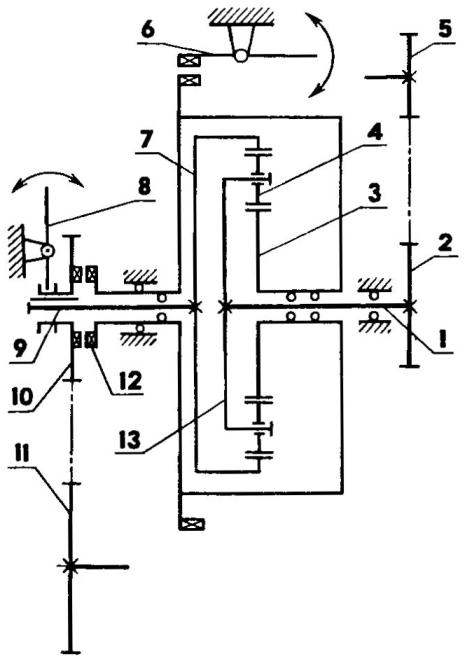 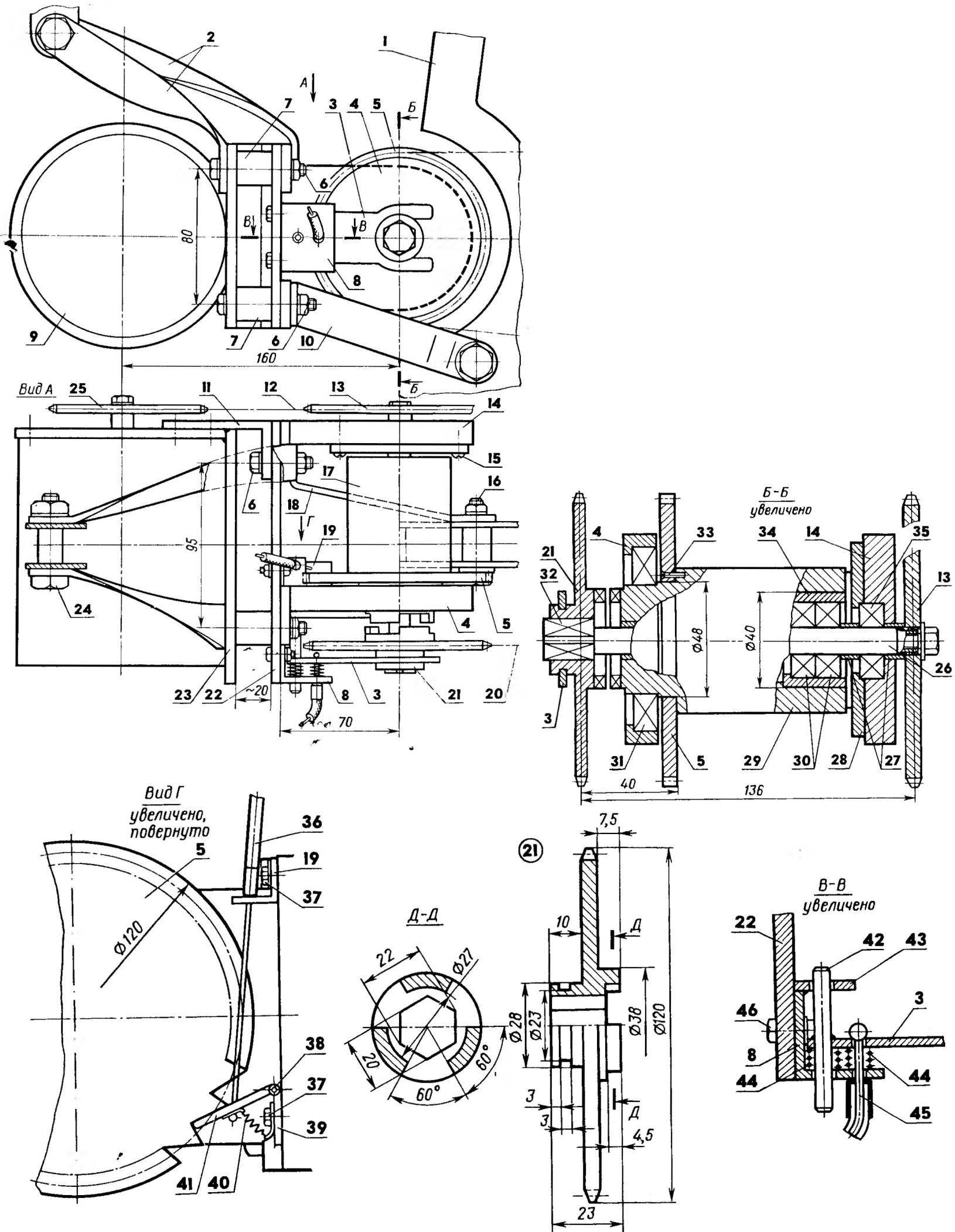 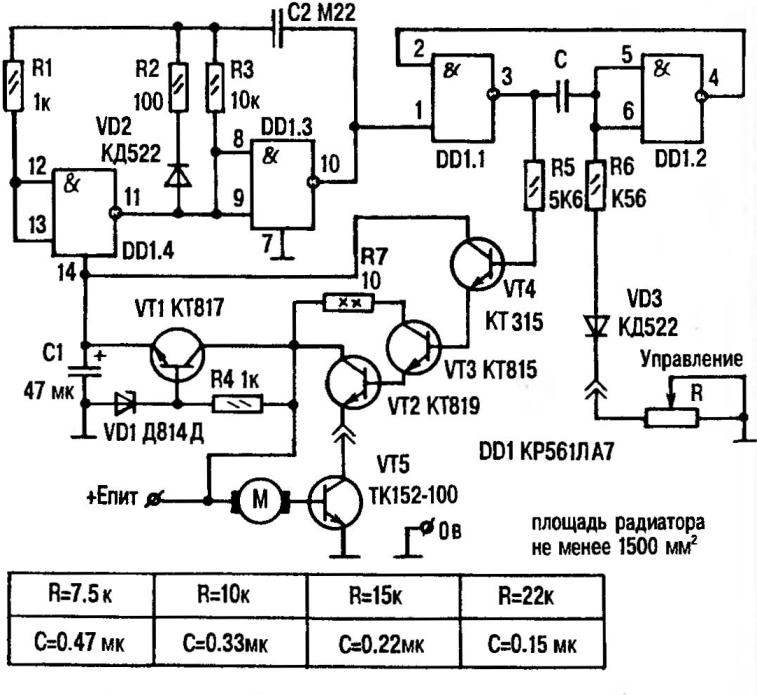 The electrical circuit of the control equipment.
The locking wheel is made from steel sheet and are fixed to the housing with three screws M3. The teeth on it the cut using the abrasive wheel, and the distance between them (or step) is not of great importance, since the position of the body relative to any support possible. Themselves of the support is not specifically made and were picked up from the found in “charge” (the so-called scrap on the factory courtyards, designed to be melted) and bored to suit bearings.
Modified in such a way and mounted in bearings reducer allows you to use it in a two speed version. Mode is the first speed — the case is locked, the clutch is disengaged, the rotation of high speed shaft through the carrier and the satellites is transmitted to the crown gear, the shaft of which (low-speed) actuates the gear-coupling half. In this case, a gear ratio of 4:1. Mode second speed — the case is released, the clutch is connected, the gear rotates as a single unit, the speed ratio of -1:1.
Support the gearbox and the engine base is fixed on the platform by bolts M8. The latter — through bracket and spacer sleeves through which is regulated by the tension of the drive chain.
The braking body is a stopper made in the form of a spring-loaded pawl, secured to the platform with the bolt.
Homemade pinion gear-coupling half has a possibility to slide freely on the hex shank low-speed shaft. The position and fixation are determined by the position of the fork gear shift, consisting, except it, there is a bracket, guide pin and return springs. The last two are used to eliminate misalignment of the plug.
Management as a locking mechanism and shifter cable and displayed on the wheel of a mini-mokiki and the whole power unit is suspended to the frame with upper and lower pairs of rods.
Equipment motor controls placed in a metal box and suspended under the frame of mokiki. The side walls of the box is made with perforations for cooling basking in the power of the elements of the circuits.
Sea trials of the machine and its operation during the two seasons showed that such structures have the right to exist. Electrocycle smoothly takes off and speeds up to 30…35 km/h, easily enters the hills and litho wheels with them. Capacity battery lasts for more than three hours of run. Then, of course, have to recharge it, and this operation is not pleasant, because the battery is quite heavy, and those who want to repeat our experiment, it is advised to look for a power source easy.
V. CHEREPNEV,
Izhevsk