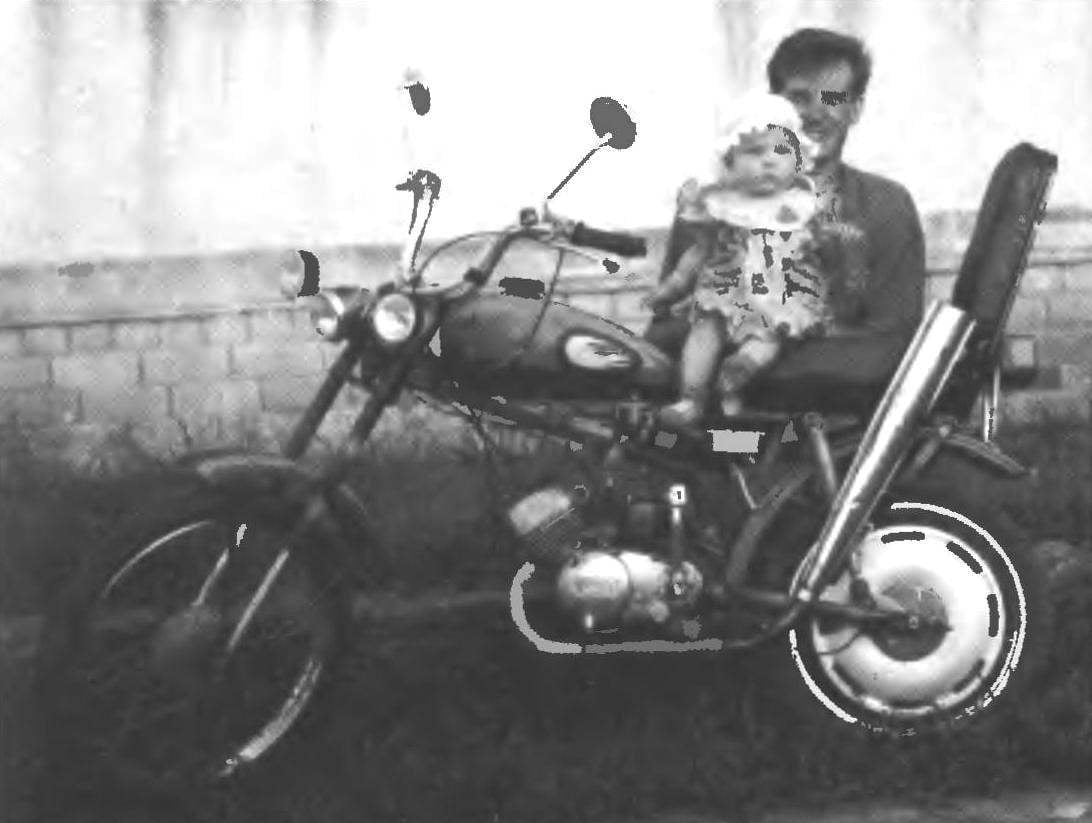 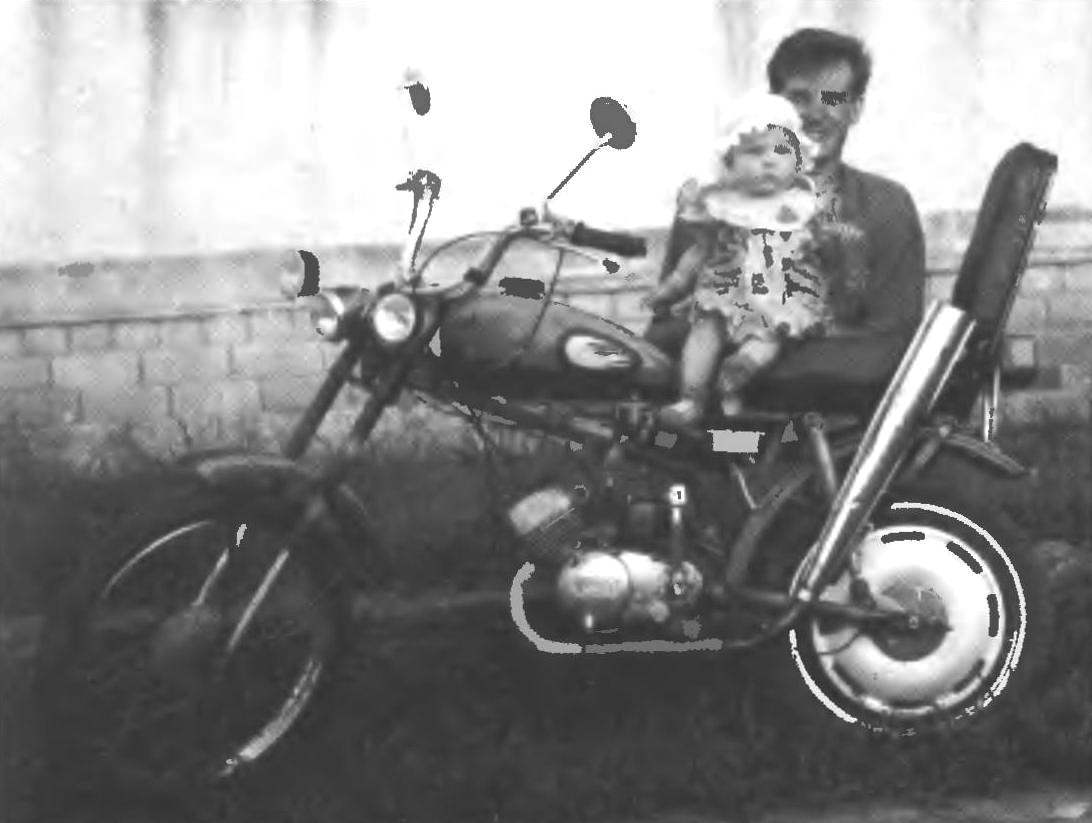 Since childhood I dreamed about the chopper, stylish and respectable motorcycle that will feel confident on the road and graceful log-in steep turns. Finally my dream partly came true (or rather, I made it myself) — and I have a similar camera. Let not a chopper, as it were, a reduced copy, but riding on it is also a pleasure.
Your mini chopper I made on the basis of mokiki “Carpathian Suite” by applying some of the nodes from the light moped “Riga-13” motorcycle “Minsk” M-104, is not without its, of course, imagination. The machine was stylish, “you can also see”.
And now more about it.
Frame I took from mokiki “Carpathian Suite”, standard mount under the tank cut down, and on the frame I drilled two holes with a diameter of 6 mm at the lugs of the fuel tank of a motorcycle “Minsk” M-104.
Seat left his “karpatskoe”, but his mount was moved back to the distance of 30 mm (so “Minsk” long tank “keratoscope”). The standard roof rack was removed, and in its place attached to the back of the seat under the frame which was used the boot of the “Riga-13”. The frame from a sheet of plywood cut base, which drilled two holes with a diameter of 4.2 mm and inserted the mounting bolts, pre-privaris their hats to the steel strip, It was done so that when fastening the backrest to the frame the bolts cannot rotate, so as to hold them on the opposite side will fail due to the covering of the back. Next to the base with attached foam, sheathed his leatherette and gathered back. 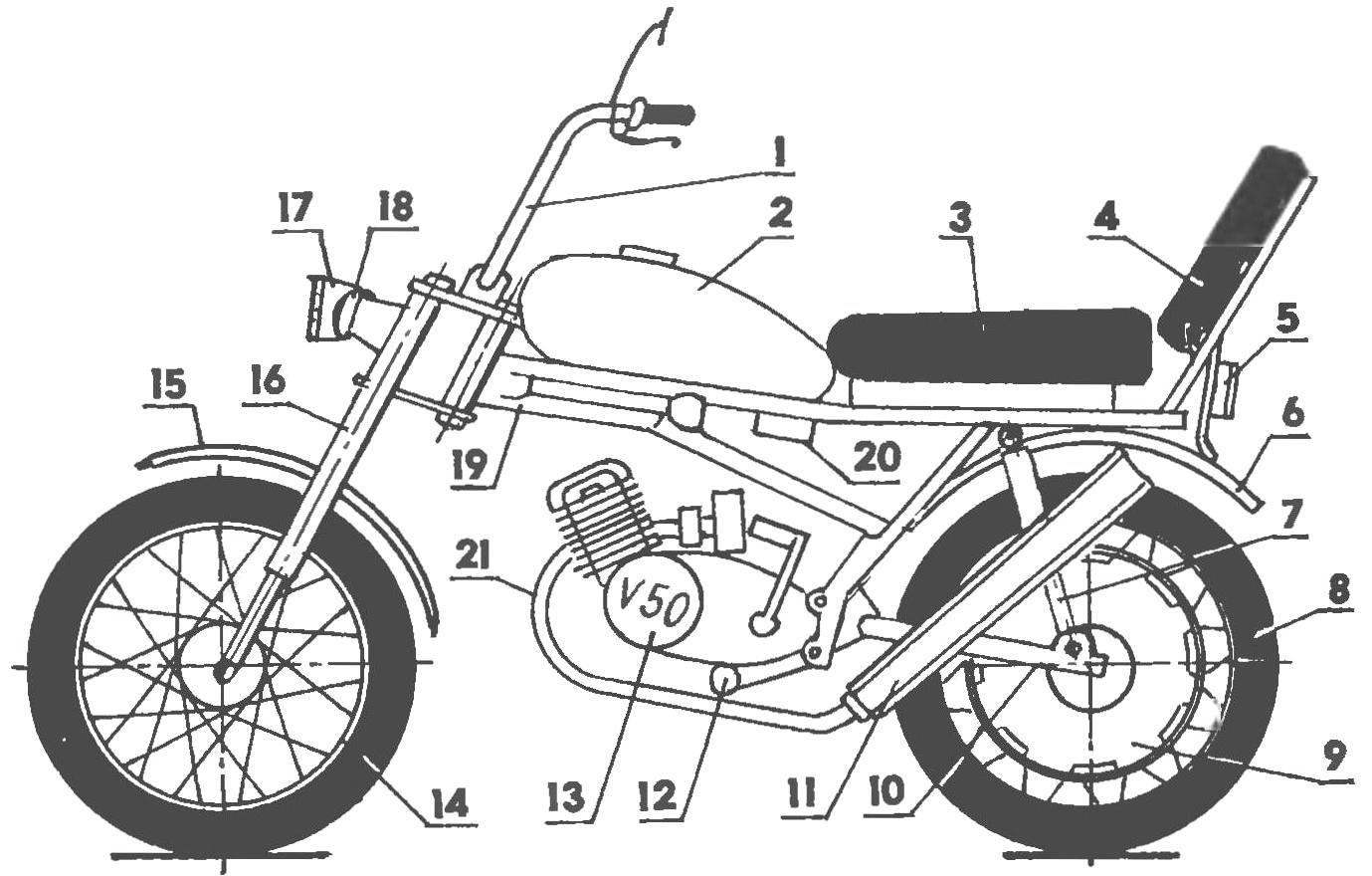 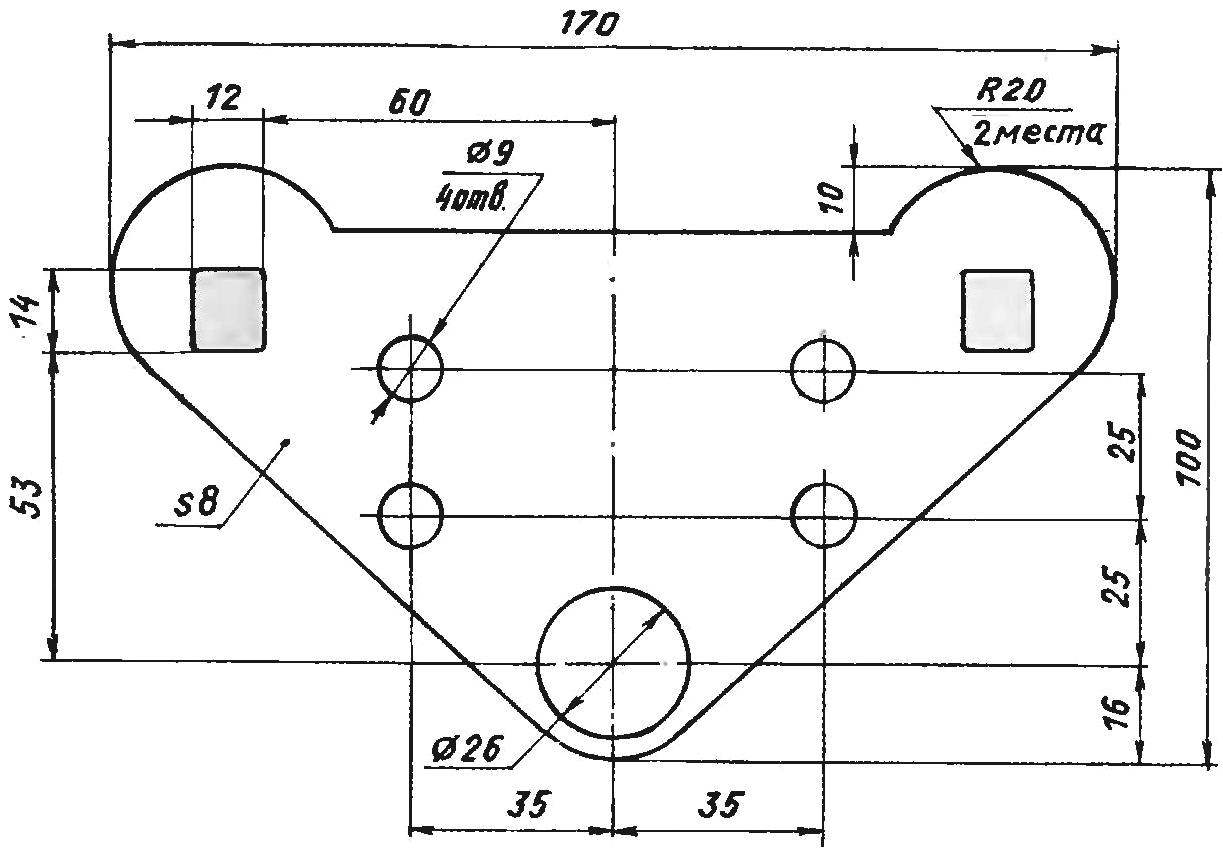 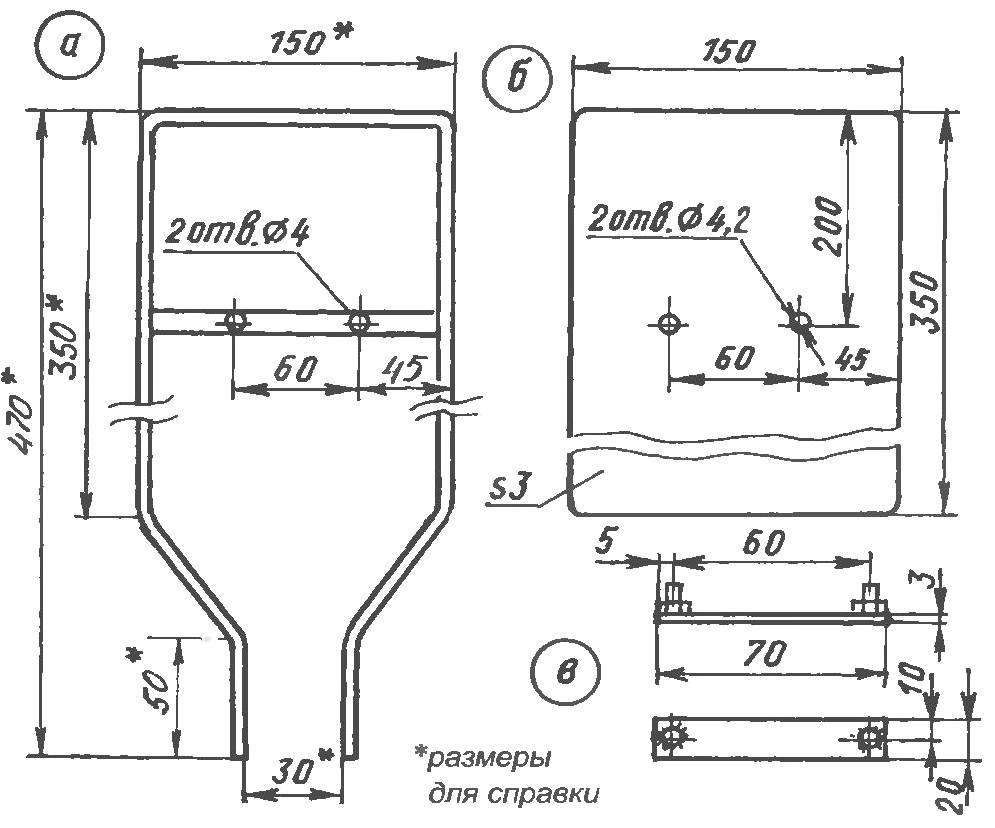 Fig. 4. Details of seat back:
a — frame (from the trunk of a moped “Riga-13”); b — base (plywood 53); M4 mounting bolts with plate
The motor is installed standard — V-50 with manual switching of speeds. Cover the clutch and the ignition module polished felt with the use of paste GOI. In the middle of a fuel hose inserted filter from a passenger car, allowing more to operate a moped, not examining and cleaning the carburetor, which in the summer quickly becomes clogged with dust and rust from the bottom of the tank.
On the rear wheel on both sides mounted the hubcaps from cars, to pre-cut each of them a Central hole the diameter of the wheel hub. Also installed a rear view mirror that attaches to the chopper downright “arlievsky”.
V. BELOUSOV, village Alekseevskaya, Volgograd region