With this proposal, despite the well-known skeptical saying, our magazine appealed to readers in No. 6, 1969, published a compilation about some unusual designs and a description of the bike S. I. Gorshkov with an additional manual drive on the front wheel.
On the improvement of this very affordable and “nevozmozhnogo” or rather, all-age, transport “M-K” wrote later. At No. 8 in 1971 we were told about an experimental race filemashine Leonid Dutov, both wheels of which were leading thanks to front dual-stage manual drive. There’s also placed an interview with the chief designer of the Kharkov Bicycle factory, where the main directions of further improvement of bike-cars was called the relief of weight, creating a multi-speed bushings and a reduction in size due to the small wheels and collapsible frame for easy transport and storage. Next year in No. 9 we have acquainted the readers with the new developments of S. I. Gorshkov.
Today, publishing new materials on this topic, we turn to the asset of our public KB — readers — with an invitation to continue the search for the modernization of the bike. Write to us about your designs, enhancements: let the “invention” of the Bicycle continues!
A few years ago in a “car” country like USA, there was a curious sensation: the first time there were sold more bikes than cars. Then began the “bike boom” began to take on an even larger scale, especially the efforts then in connection with the fuel crisis. Despite the fact that in the United States produces about 6 million bikes per year, the industry lags behind the rapidly growing demand: America buys twice as much than it produces itself. I suppose that this year the USA will have 100 million users is every second inhabitant of the country! It becomes clear, and another unusual fact: a best seller — most popular book of the year was in America not so long ago the book of Eugene Sloane… on the bike! 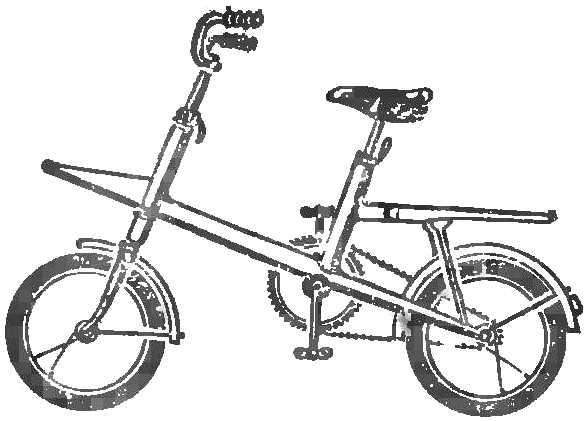 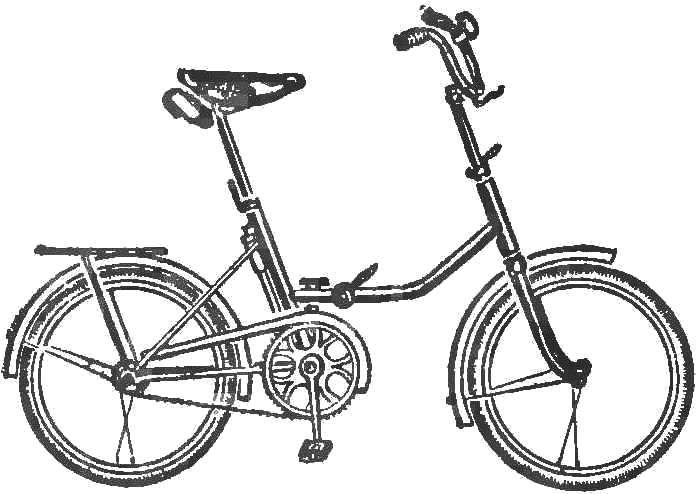 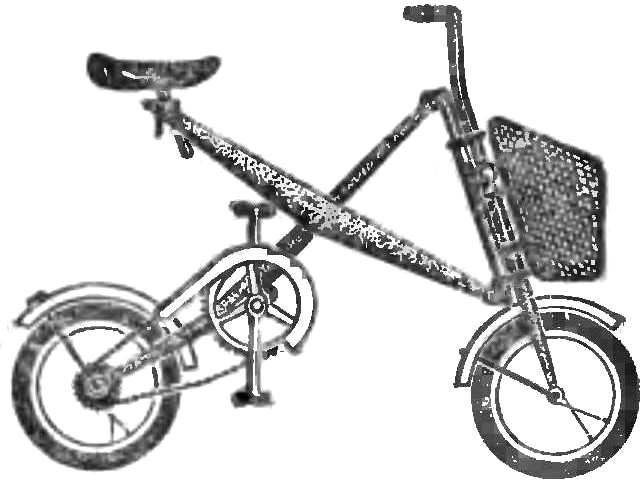 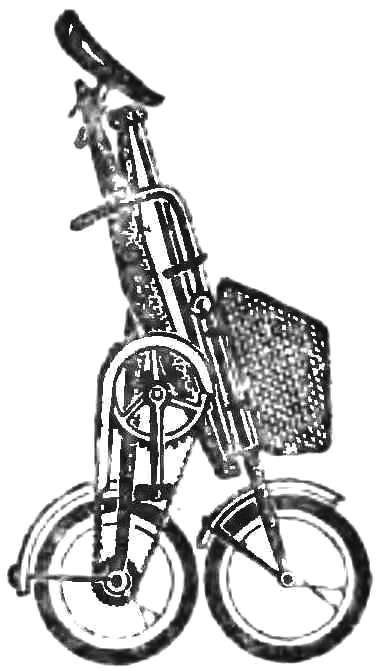 Fig. 5. Option multi-folding.
In the English city of Portsmouth is “Cycling” experiment: open three-meter track, where traffic is only allowed on bicycles. This “velotrade” stretching across the city eight kilometers, tied residential homes with schools, commercial areas and shopping centers.
Interest and attention to two-wheeled car, the former long-time “ugly duckling” transportation, driven by the sparkling lacquer and chrome tolstostennuyu beauties with internal combustion engines, is increasing in many countries today. It seriously took Industrialists, sociologists, urban planners, inventors. And this General interest is, of course, is not a tribute to new extravagant fashion.
The fact that the simple design of the bike inherent qualities, is capable in some measure to solve many of life for the population of towns and cities challenges ranging from air pollution by exhaust gases and noise from vehicles before going into the field of medicine the problem of physical inactivity: immobility of the inhabitants of large administrative centers with a dense network of transport and the “magnetism” of television.
Indeed, the bike is in a certain sense a panacea for many of these Gray. He is silent, does not pollute the atmosphere, claim available to all populations and all ages, are able routinely to provide the necessary and so many of the missing physical activity. He is not afraid of the congestion of the streets and recaptures the city has useful space under the garage and Parking: space for two cars you can put about 40 bikes. The list of advantages and benefits could continue. But…
It turned out that the old bike is somewhat behind the times.
THE SECOND BIRTH
In fact, unlike other modes of transport bike hardly touched the wing of technological progress. Born in the beginning of the last century, when in 1801 the Russian serf Artamonov invented his “scooter with pedal drive on the front wheel” bike by the end of the same century found the current design concept and nodes and almost no significant changes included in our day.
Obviously, therefore, in connection with the revival of interest in two-wheeled machines in recent years there has been a renewal of design searches in the field of improvement of this technique, the desire to “modernize” it, to help “the ugly duckling” transform into white Swan city asphalt. It is curious that along with the latest materials — in new York, for example, not so long ago at one of the exhibitions was shown a plastic Bicycle, weighing only 7.3 kg, is still expanding and searching for new design solutions.
It is significant that Japan, which produces the already quite competitive modern bikes, was declared a national contest for the best design of two-wheeled machines, and then held the first international competition. He responded to the designers almost 30 countries. Despite the large number and variety of the submitted works, they showed some common trends “second birth” of the bike.
First and foremost is the reduction of wheel diameter and simplified frame construction: reducing it to a single beam pattern (Fig. 1). Both are intended to facilitate a machine and have the ability to fold it. Indeed, in modern urban environments foldable and easy bike easier to transport in vehicles and metro, easier to lift into a narrow Elevator and store in the apartment.
Our industry has mastered the production of such a bike. For example, the model Desna (Fig. 2) has a wheel diameter of 20″ and single-pipe frame with folding mechanism. When folded, its dimensions are — 820Х650Х300 mm; the bike easily fits in the trunk of a car or in the attic of the apartment. Quick-acting lever clamps allow you to instantly assemble it, without tools to adjust the height of saddle and handlebar. Due to this, the bike becomes a versatile: they can be used as a teenager and adult.
Used in “the Gum”, as in other domestic models, the principle of folding in half, the wheel on the wheel today can already be called classic: it is widely used in the foreign structures of the so-called maloclinic bikes with tyre diameter 16″. At the international contest second prizes were awarded bicycles with a fundamentally new way of folding — type “scissors” (Fig. 3). However, it is rather encouraging for originality, the recognition of the best way: reducing the length of the folded Bicycle, will inevitably increase its height. And the length of the machine is considerably reduced only because spermalege, almost samokatnaya wheels.
The second search direction in the improvement of two-wheeled transport — drive. Probably not even second, but first, judging by the fact that the bike with a lever actuator (Fig. 6) Swedish designer won the first prize of the said competition, and the third was marked by a three-wheeled sports valuelike training for rowers, which also used the original drive transmitting force from hands and from feet. And finally, you can judge by our mail: most of all, readers ‘ letters devoted to the drive. 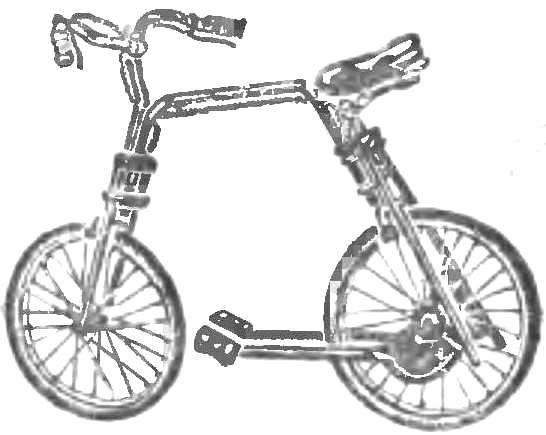 Fig. 6. “Bridging” scheme of the frame and levers instead of pedals. 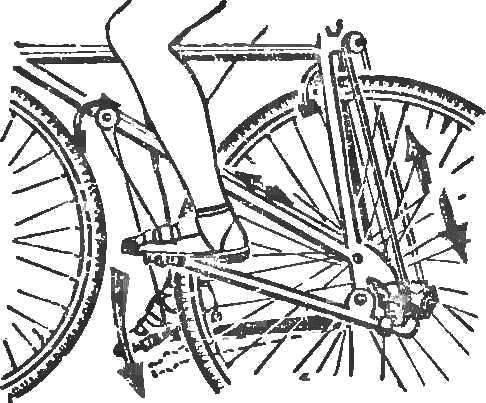 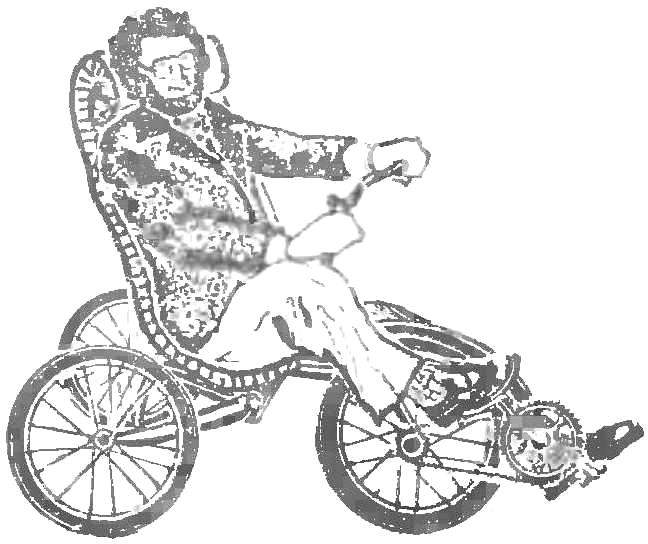 Fig. 8. Bike Swedish designer. Is it only for comfort?
Fig. 9. VelaSmooth.
A few words about lever drive. First appeared in the last century, this idea is reborn after every generation of designers bikes. And this is understandable. It is tempting to substitute something short rods with a star — after all, they require considerable effort on the pedal and have a at rotation dead point. And the long horizontal arms, performing an oscillatory motion up and down, even with a small effort would be able to pass the same or even more time. The catch is to develop a simple support system that would connect the levers with the sprocket rear hub.
Aggressively working in this direction American constructor of racing cars, Trevor Harris. In his bikes (Fig. 7) two short chains connected to the levers rotate are located on both sides of the rear hub gear. Interestingly, one of his latest machines has 20 speeds.
Curious Zhytomyr design of the architect A. Zelinsky, which also involves “walking” motion of a cyclist: he stands on two articulated platforms, the “shuffling” from one foot to the other, and thus through the gear system rotates the rear wheel. This option gives you the opportunity to build the most compact non-folding Bicycle (Fig. 9) while riding standing does not contribute to the overall sustainability of the cyclist due to rock movements.
One of our readers, a student from Ufa to Firdaus Ibraeva, had the idea of an additional inertia of the actuator. It offers front wheel to incorporate a hard drive, playing the role of a flywheel and storing energy of rotation on the descents, which he can then “give” out of the blue. The author, however, is silent on what to do with the flywheel when going uphill, although, for example, for braking it provides for the shutdown of its rotation.
ON THE PEDALS… HANDS
No matter how clumsy it looked bike with manual transmission, this design is persistently attracted the attention of many lovers of two-wheeled machinery. “The ability to use the force of legs and arms at the same time during long trips or while climbing a mountain does not require, obviously, much explanation about the benefits,” writes our reader V. Roslyakov, equip a normal road bike additional, manually operated. He emphasizes, however, that such modernization will allow to ride a bike and those who are unable to use a treadle. But the main benefit, of course, doubling the “traction” due to the fact that the front wheel becomes the master.
Diagram of manual transmission each of access solutions. However, an interesting trend maximum use of the components and parts from the existing treadle. In design V. Roslyakova found the most simple as we think. Front-wheel drive it is mounted on a bracket (Fig. 10) which is secured the upper end of the handlebar and the bottom on the base of the plug. 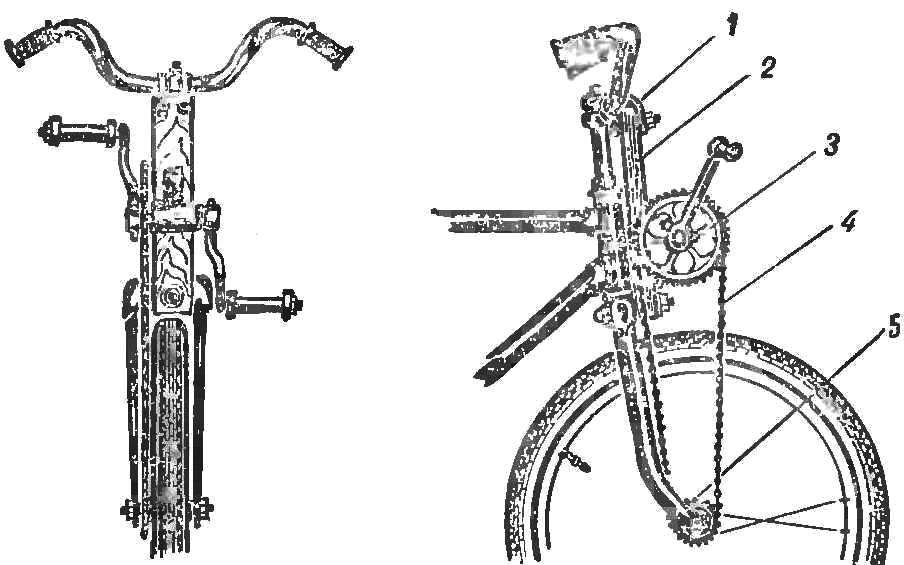 Fig. 10. Manual transmission:
1 — fastening strap, 2 — strip, 3 — sprocket with bottom bracket, 4 — circuit, 5 — Bush with an asterisk.
The actuator is a carriage with pedals from the old teenage Bicycle, the drive sprocket z = 32. As the front wheel used rear from the same bike, with the sprocket z = 13 (treadle has a sprocket z = 45 and z = 18). The circuit applied the standard.
This decision is interesting primarily because it requires no major changes or alterations to the bike-just lift and slightly bend the rudder to make it easier to work with your hands when they are on the pedals the front wheel.
Captivating the availability of this drive to any owners of the bike, as its production does not need complicated turning, metalwork or welding works. There is another important advantage of this construction: it retains the familiar outline of two-wheeled machines, fits well in it because of its compactness. 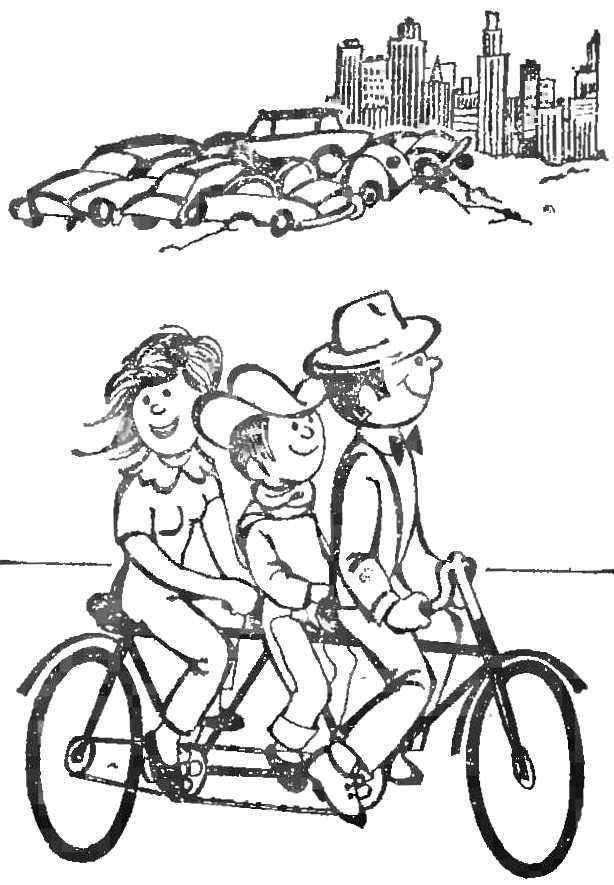 The same cannot be said about other solutions hand drive (some of them will be discussed in subsequent publications). They usually have a two-stage transmission and when being executed somehow predominantly/substantially in the form of vertical columns, towering over the steering wheel and the front wheel, spoiling the General view of the upgraded bike. Obviously, such a drive would make sense to close easy hard cover.
If additional manual drive for a Bicycle for many is problematic, but at the velomobile, a similar post here, he probably would be promising as an additional reserve “power.”
B. RAWSKI