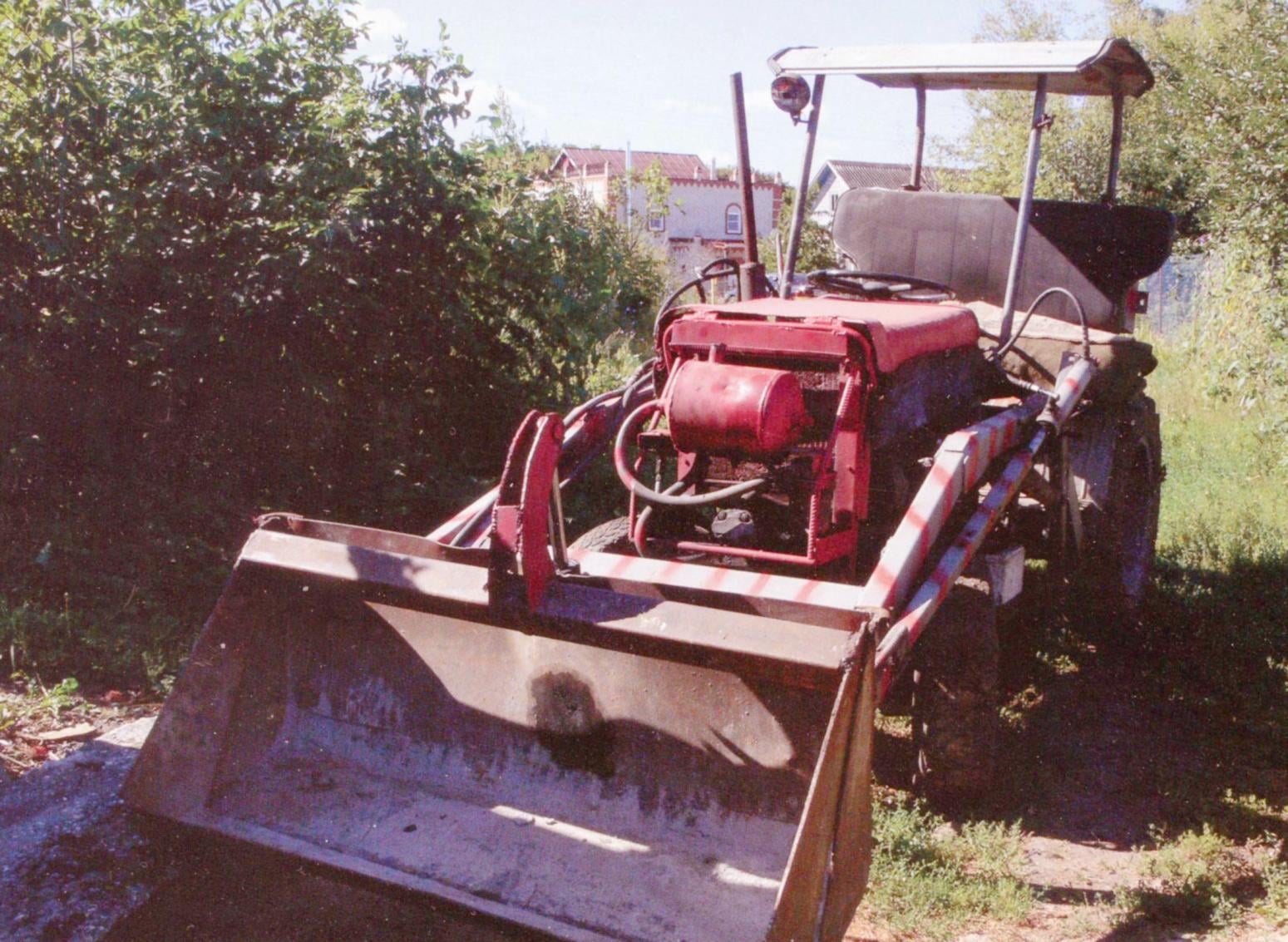 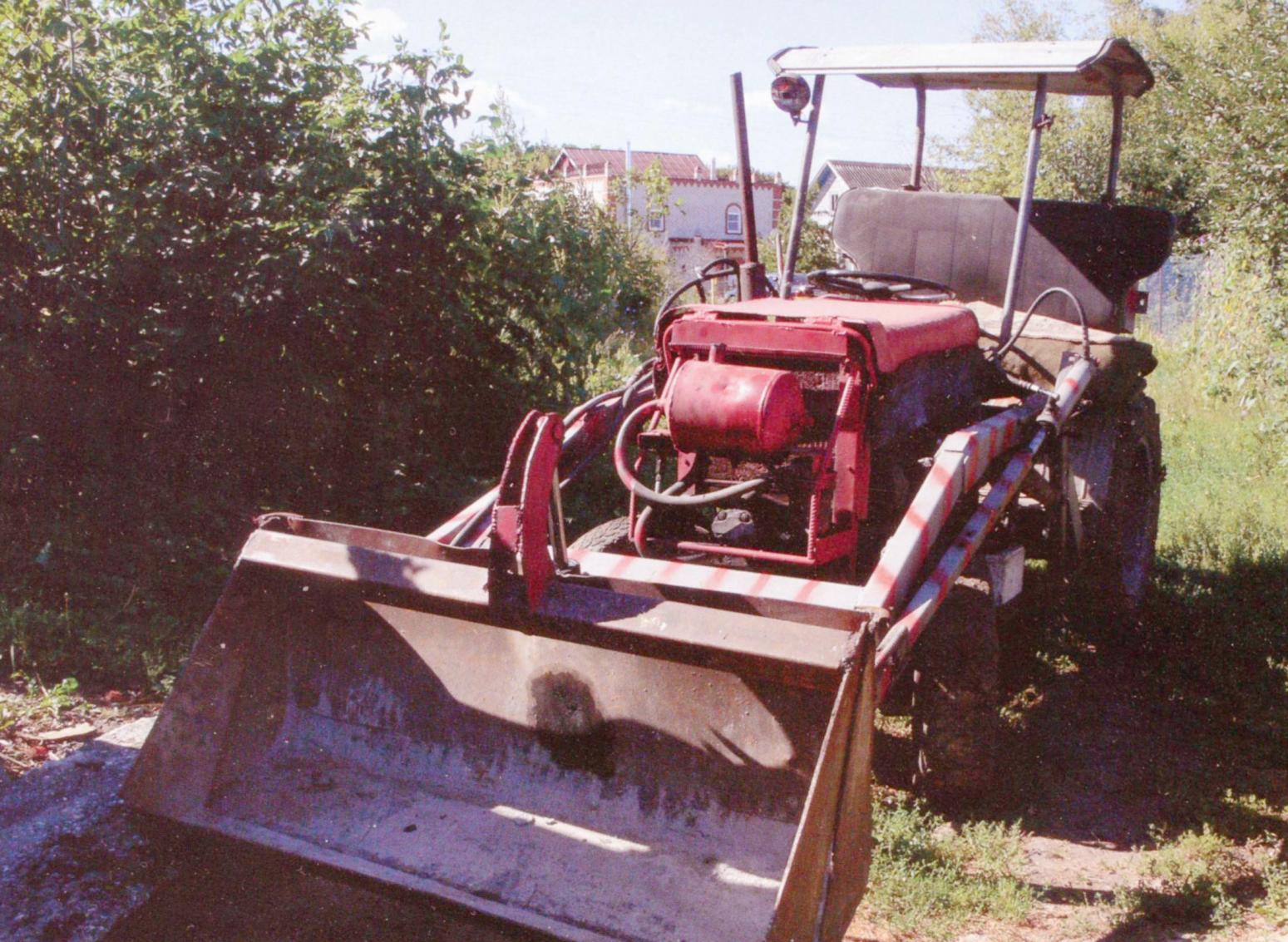 This tractor for almost 20 years, and all these years he not only regularly serves his Creator A. A. Safenano from the village of Alexandrov, the Tambov region, but also constantly improving. A feature of the car is a bucket-loader which is quite rare among self-made designs. This device is good because it optionally can be used as a blade, for example, when clearing snow from roads.
Experience shows that homebrew is used mainly components, parts and fragments of decommissioned and thrown in a junkyard. Many of them are often in a suitable condition and able to serve in a new capacity. It so happened at this time.
As known, the base of the machine is the power unit. Originally the tractor was standing vosmiseriyny gasoline stationary engine UD-2 with the gearbox from the car GAZ-51. Once the engine was widespread in the armed forces, and as the reduction of the army got at least widely circulated among the homebrew. 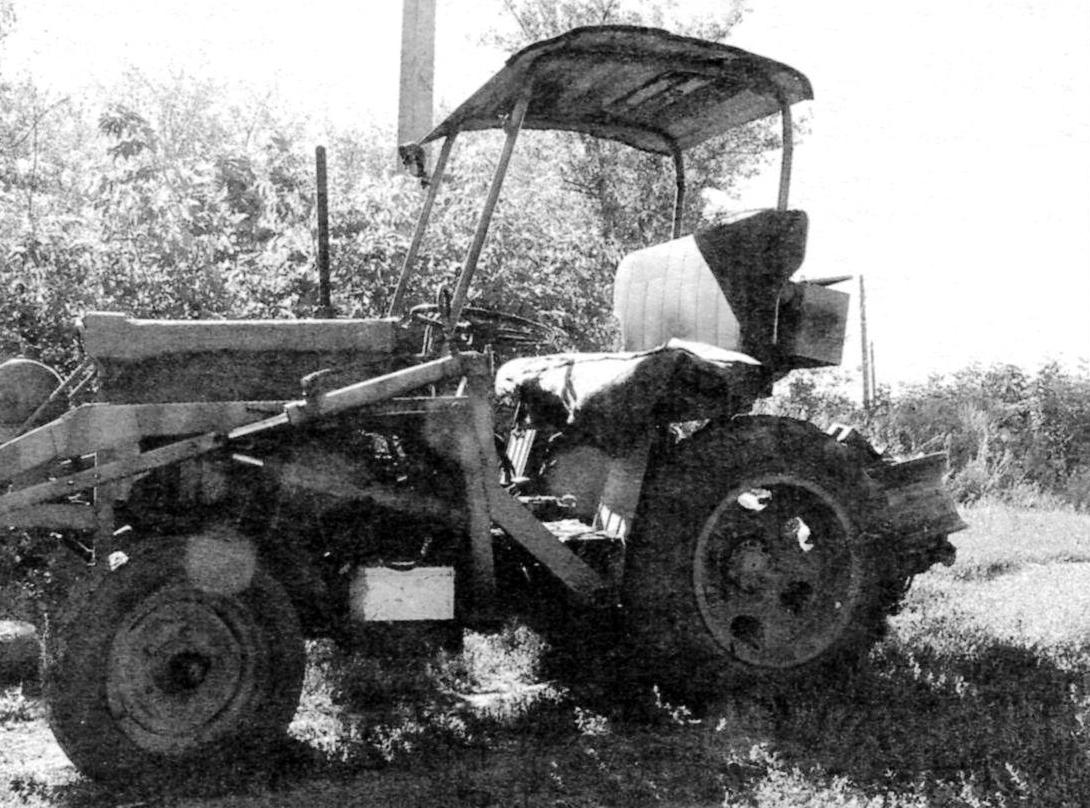 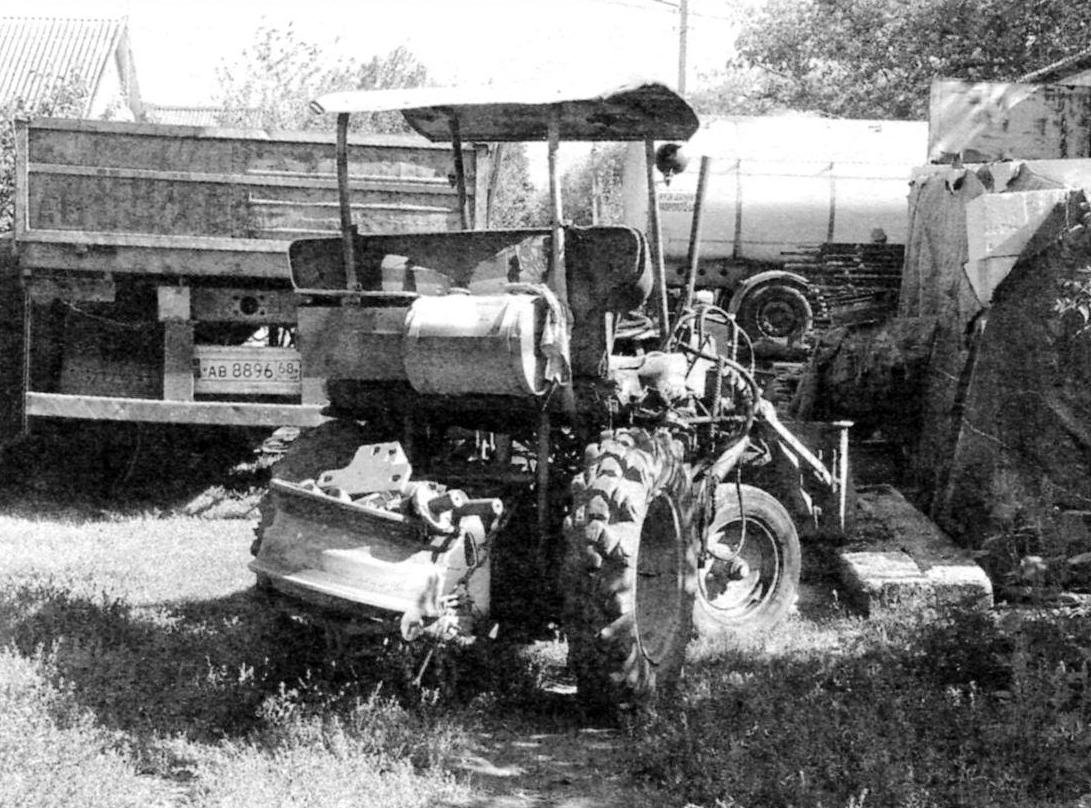 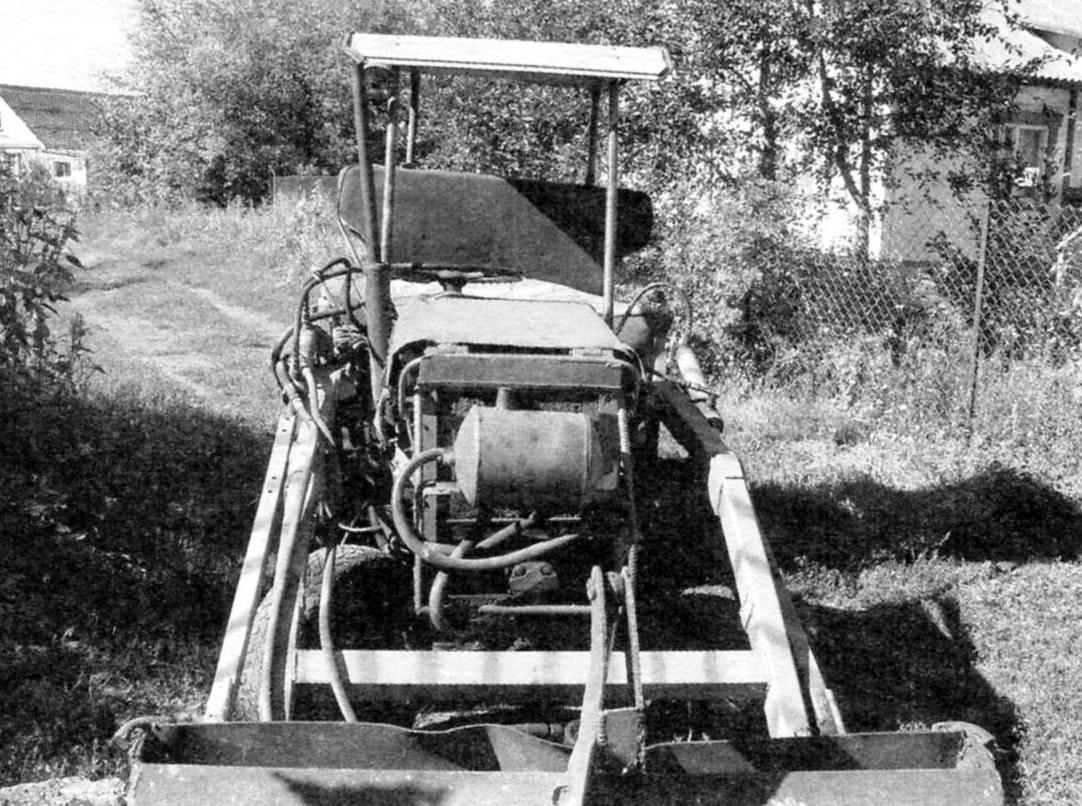 Front view of the tractor loader 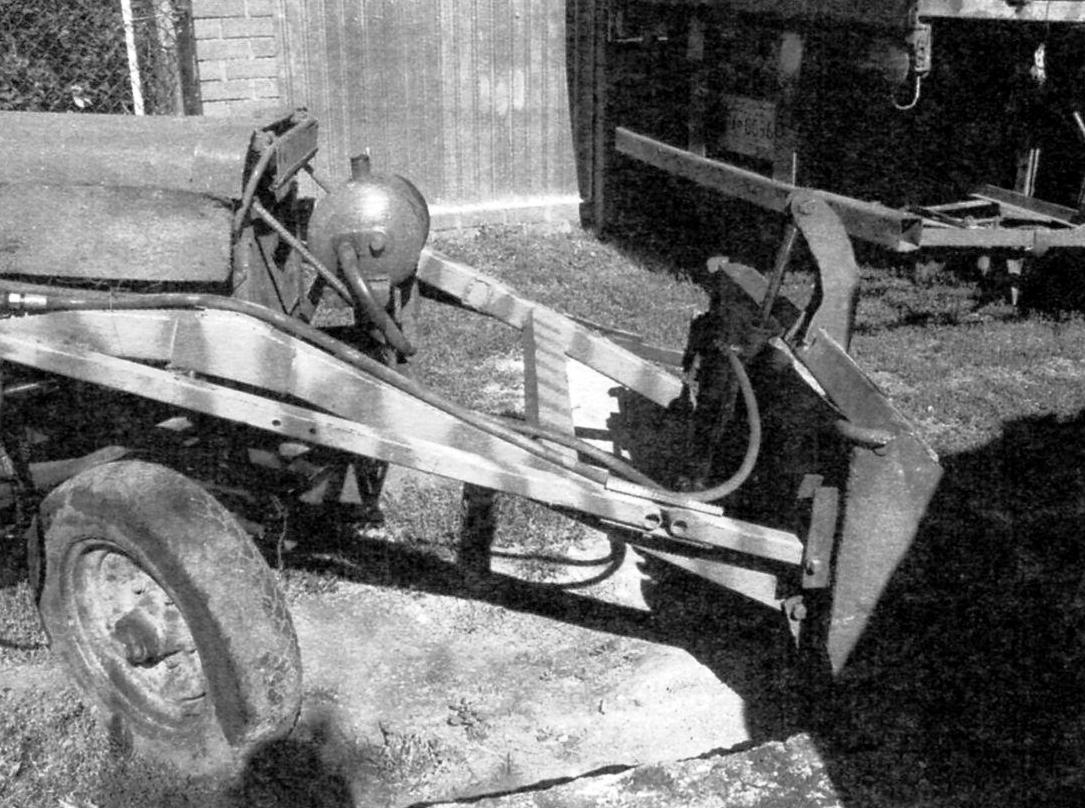 A fragment of the design of the loader. Right side view
The front axle was borrowed from the harvester “Niva” with wheels R16 and the rear — from the electric car, with wheels from GAZ-51 measuring 7.5-20 inch. The steering column was also borrowed from the GAZ-51.
But as time went on, the engine is worn out and instead installed the motor from the “Moskvich-412”. This not only gave the machine a second wind, but also allowed to turn it into a truck. The loader bucket is a homemade, welded from a steel sheet, and for rigidity and fixation of the Central cylinder used in steel tube of rectangular cross section. 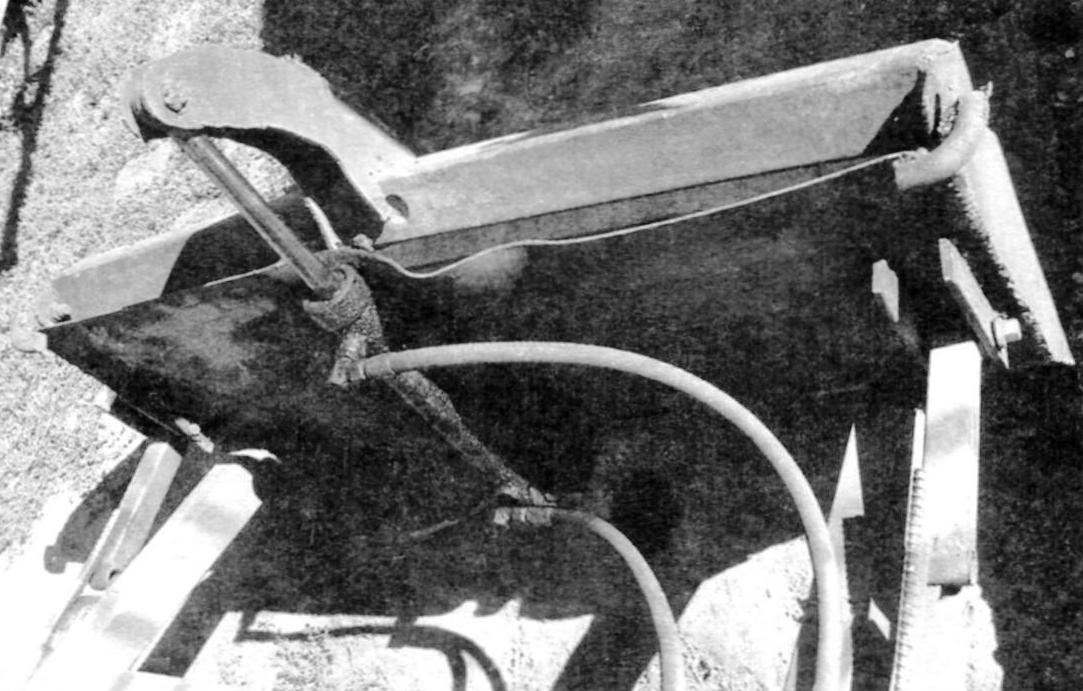 View of the bucket and Central cylinder rear 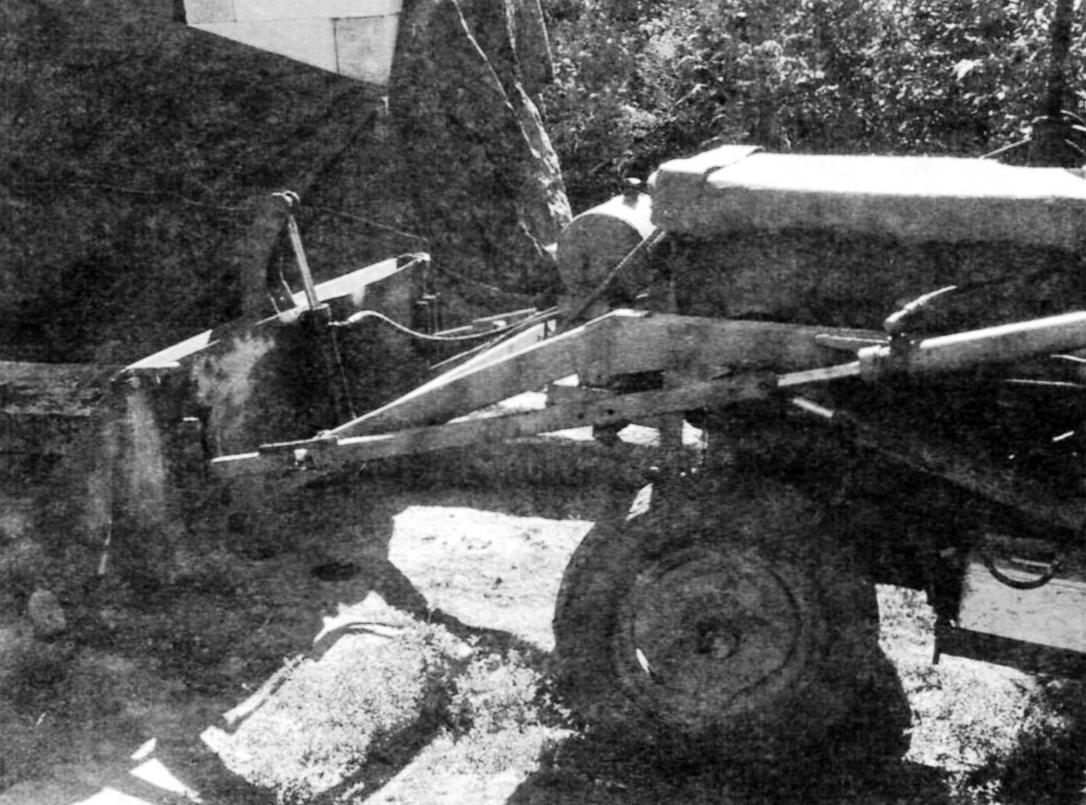 A fragment of the design of the loader. Left view 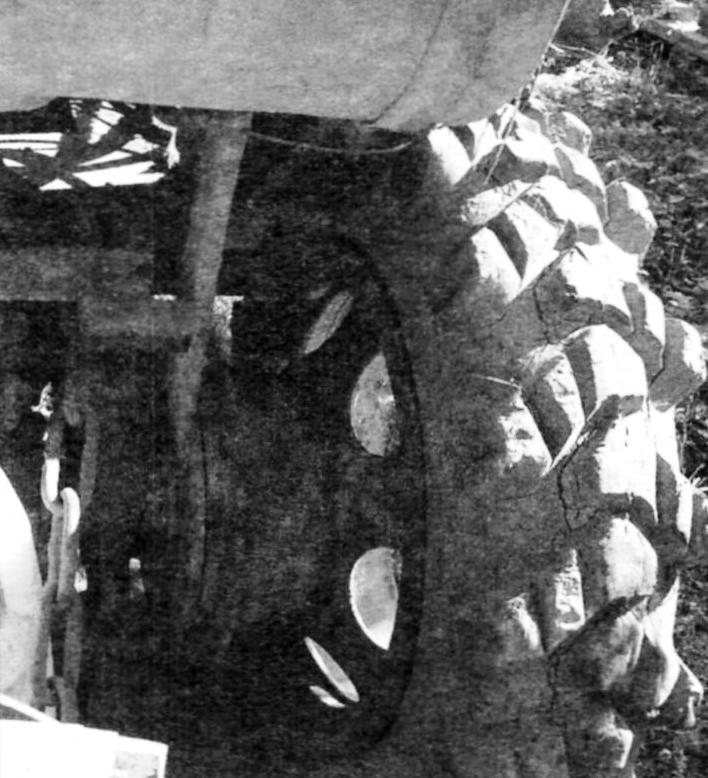 A fragment of the rear axle from the electric vehicle

The driver
This ladle allows you to lift the load up to 450 kg. All operations with bucket are carried out with the help of hydraulic cylinders, and that during operation the contents of the bucket did not fall on the driver, had to mount the appropriate awning. Everything was done “by eye”. As a result, the tractor with the loader significantly increased the load on the front axle and had a suspended device to fasten a makeshift centering goods from scrap materials.
Overall, it was versatile and practical, although not aesthetically pleasing machine, infield, not for trips to the store.
N. Yakubovich, Tambov region