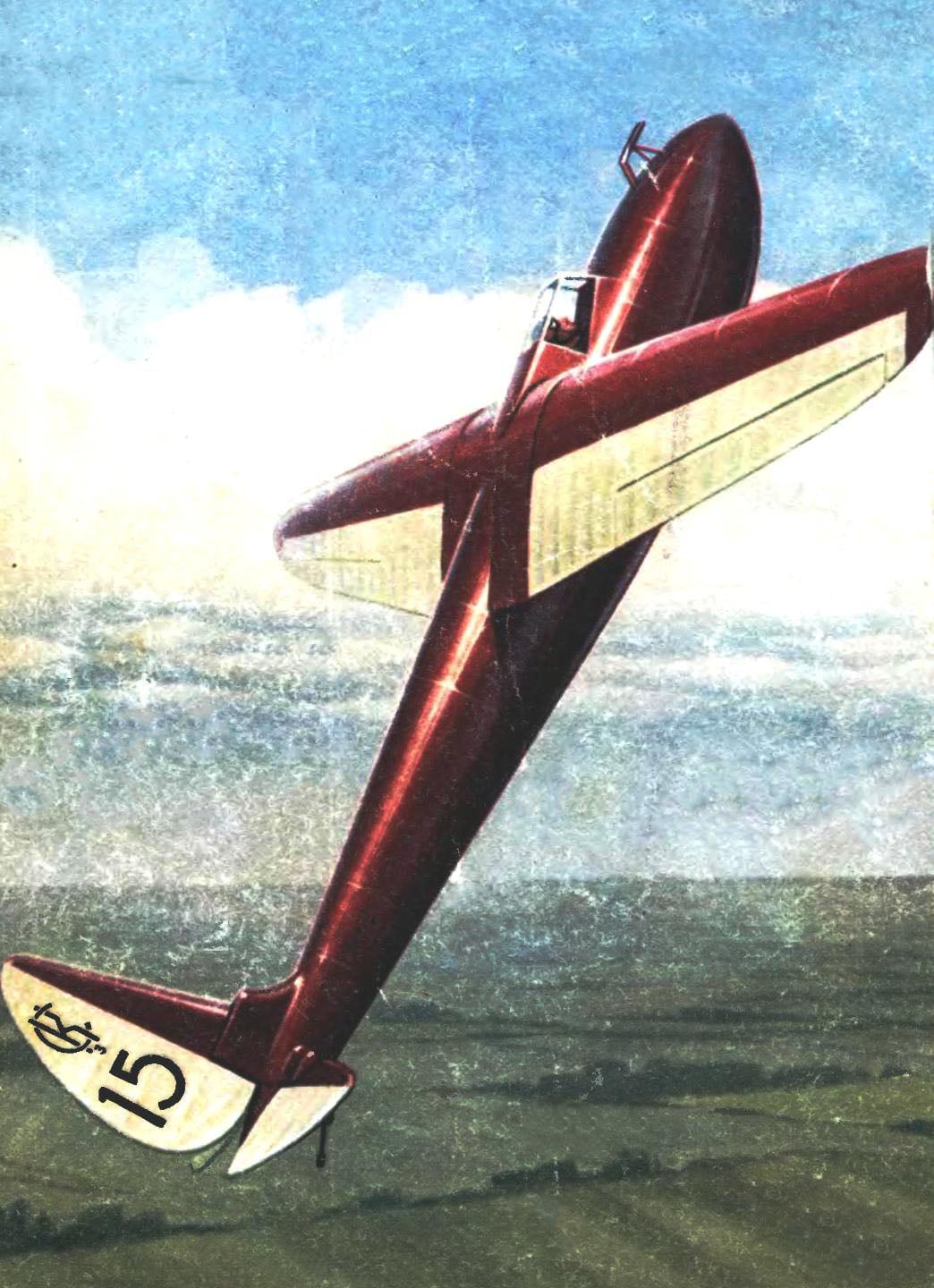 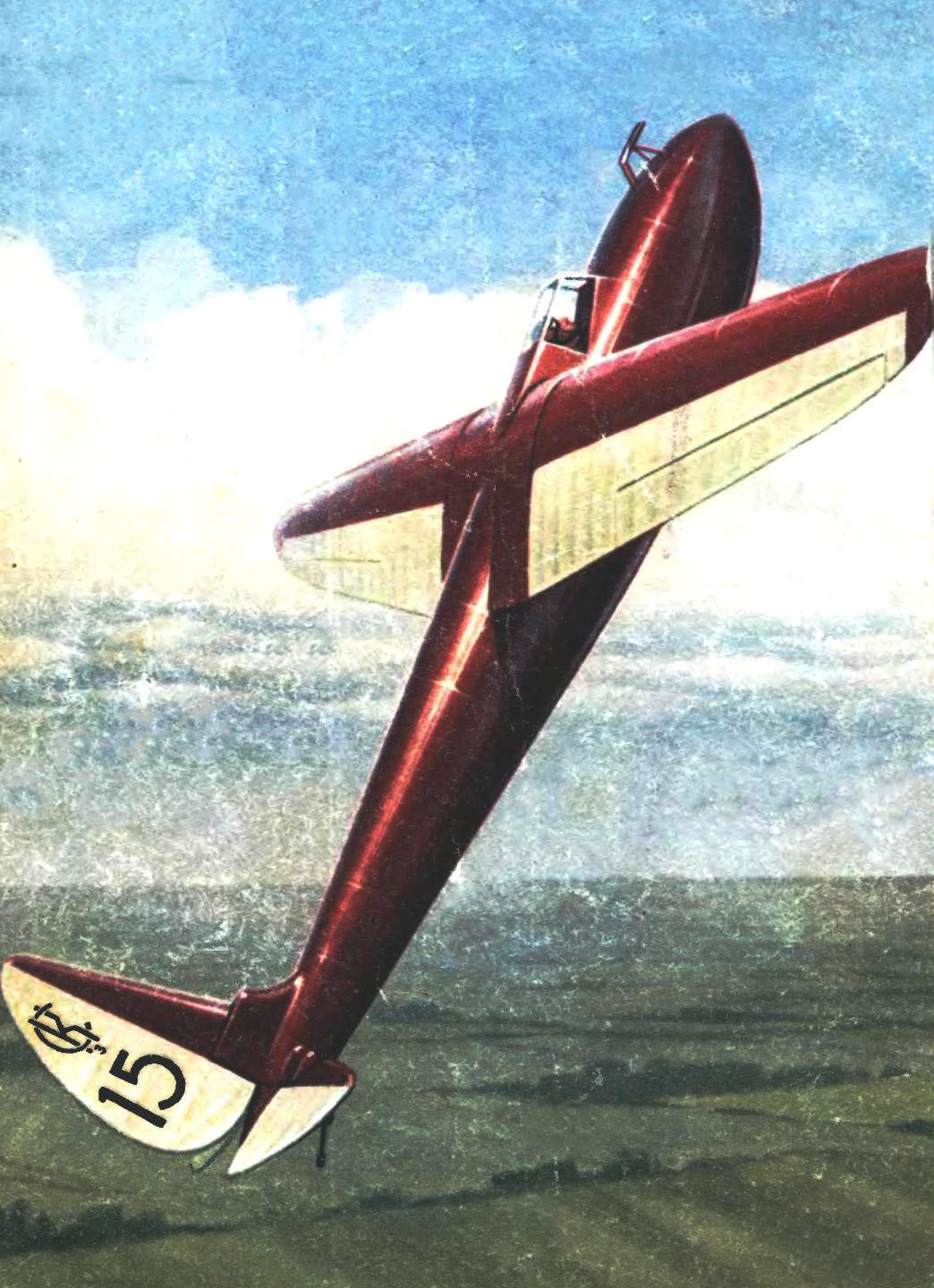 Immediately after his return from Moscow to Koktebel in the fall of 1929 Sergei asked me to do a new airframe for aerobatics, — says the aircraft designer S. N. The lyushin.— There were many reasons that prevented me to take this job, and he began to design what later became SC-3 — “Krasnaya Zvezda”. Her design, very original, still lay in the framework of a familiar and accepted. Tasks that has set itself the S. P. Korolev was much more complicated. Here is how he talks about them:
“The appointment of a single aircraft, allowing the aerobatics. In particular, among them the greatest interest was the execution of the loop. The construction of such a machine was intended to prove the possibility of producing aerobatics in a glider at all. Thus, for a glider-the soaring leader, independently gaining height, a similar problem was raised for the first time…”
Then there is an extremely interesting and characteristic of S. P. Korolev scientific and technical justification for the creation of precisely such and not the other of the glider: “the Next plane for notched flights having a large margin of safety “for all occasions” provides the opportunity to practically measure the overloads that occur in flight, and do all those observations that glider of conventional type impossible.”
The goal of the designer is to make not only the new flying machine, but use it as a tool for research. His reasoning is absolutely logical: it is not just aerobatics, but more importantly, to obtain information that would make the next, more daring step.
S. P. Korolev attracted to the work on the glider many of his friends: S. Lusina, E. Matysik, N. St. George, P. Evensen and others. After Osoaviakhim approved aerodynamic and weight calculations, was granted funds for preparation of working drawings and construction. The airframe was created for a very short period of time (47 days) and in not brilliant conditions. Then it was presented to the technical Committee. The chief examiner it was Ilyushin, whose authority at that time were set very high. Looking around on all sides of the glider, trying handlebars, Ilyushin was advised to redo one of the parts. It was replaced, and the examiner gave the go-ahead.
S. P. Korolev was eager to test the glider in the air. Near Moscow, the station Planernaya, “Red star” to take off are unable, despite numerous attempts. Sergei Pavlovich was upset, but tried not to show it.
— No wind — he said P. Flerov. — The wind will fly. In The Crimea. Disassemble.
7-th all-Union glider rally in Koktebel had specific tasks. The main emphasis this time on the teaching and research work, exchange of experiences and the creation of a single method of learning to flying gliders.
On the implementation of aerobatics on the “red star” done with a well-known military pilot, pilot soaring leader V. A. Stepanenko in Moscow.
The first four flights on the SK-3 made Queens. But he soon felt ill: chilly, realized that ill. Sergei Pavlovich went to Feodosia and never returned. It was put in the hospital: typhoid fever. But the flight, which so eagerly waited for the designer, held. Here’s how it describes itself V. A. Stepanchenok.
“…”Red star” were at the start. Visiting one last time before the flight.. take Off gently, at high speed… Put the glider in the direction of the valley and increase the gliding angle. The wind whipped in the face… Now, quietly, the last movement of the wheel depth, and I see the ground rushed at me… Gently, slowly ease the pressure on the handle, and glider, lifting his nose already crisscrossing the sky… That airframe is already vertically… slowly speed up the movement of the handle… Waddle on back… will Crash or not? No, the speed is still there, the shoulder straps are not taut. Handle datanote and… silence. No sound… Calm as in calm…”
Dreams of the designer and the pilot came true. “Dead loop”, made In A. Stepanenko, became a sensation of the seventh meeting of glider pilots. Ilyushin emphasized scientific and experimental value of a new design of S. P. Korolev:
— A great achievement need to include the “dead loop” performed by the pilot V. A. Stepanenko glider SK-3, which is extremely important from the point of view of implementation in the training of the glider aerobatics and gliders hardware devices determine the quality of the airframe and removing the polars of the wing.
“Red star” first brought fame to the young designer, the future Creator of spaceships.