The idea of Snowmobiling came to me as soon as I moved to live in the village Belushi Nenets Autonomous district. A large part of the year it’s winter here. And in honor of such a transport which can carry people and cargo on the road. Snowmobiling I decided to make a bike “Voskhod-3”, which was bought in the summer to use it for its intended purpose. Therefore, in the design of the bike changed only suspension.
Watching the drive “storms”, easily overcomes snow obstacles, decided to stay on the wide-profile wheels for his car and on the track. In addition, I wanted to make a snowmobile using as many components and parts manufactured in the factory. So used the chassis units of the Buran: support-rotating front ski half of the mover includes one rubber track with three balance trolleys, as well as side ski from a snowmobile “Likes” for greater stability and four tension bolt engine yaz-204.
The Foundation of the propeller – frame, welded from the corner 25×25 mm. its Dimensions are entirely consistent with the size of the caterpillar and its surrounding structural elements: lead and guide shafts, beam trolleys, side skis, which are fixed to the frame bolts. It also clings to a towing hook and a cargo trailer.
The frame itself is attached to the motorcycle at three points – like a pendulum. Two points are the rear shock absorbers (Fig. 1), and the third joint consisting of a bolt connected pipe sections, welded to the frame of the motorcycle, and a cross bar frame mover (Fig. 2 and 3). 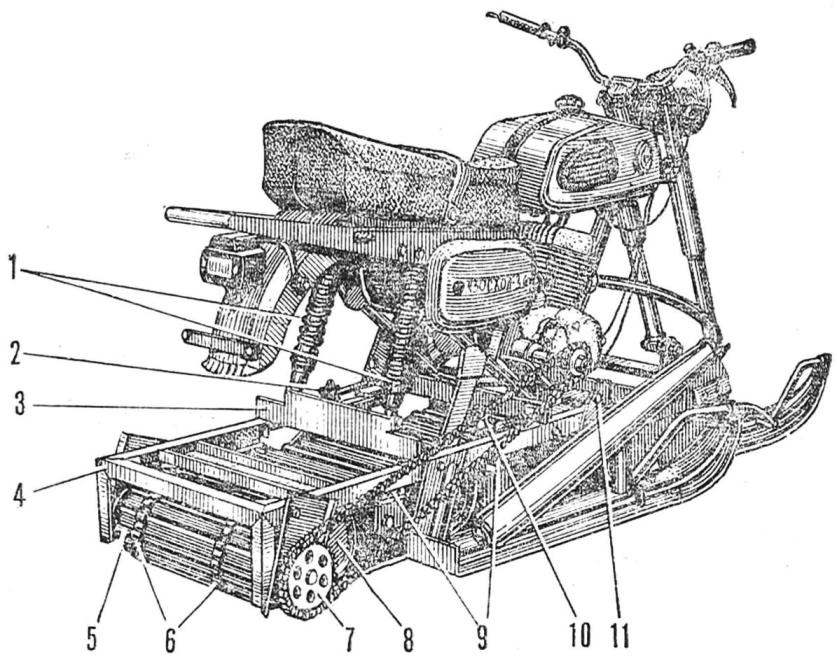 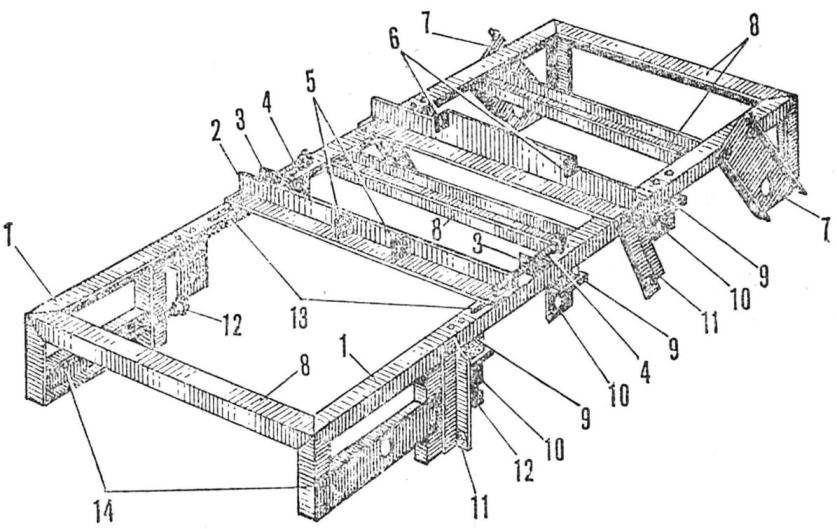 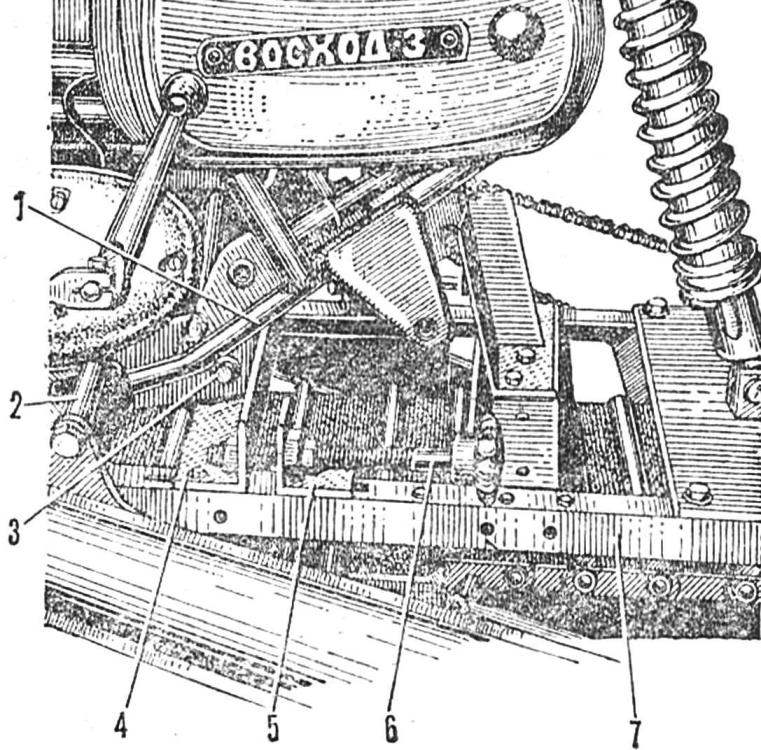 Fig. 3. The mechanism of chain tension:
1 – the motorcycle’s frame, 2 – side step driver, 3 – bolt a-frame mover on the bike 4 – cross bars, 5 – left angled bracket, 6 – bolt chain tension, 7 – frame mover.
The drive shaft of the propeller, the transmitting torque of the caterpillar, is located in the rear of the frame. You could set it in the front as in the “Buran”: would have decreased the length of the chain from the sprocket on the intermediate shaft. But then the entire frame would have to pull a few back that would lead to the reduction of the clearance between the frame of the bike and caterpillar, to their mutual friction. Ultimately, the height of the snowmobile would be increased, and the stability of it has deteriorated.
Bearing housings, the drive shaft of the propeller based on a metal plate attached to the power elements of the frame (Fig. 2). Similarly mounted at the front of the frame and the guide shaft. Only here the bearing housings are in the so-called rocker – moving carriages that can move along the frame under the influence of tension bolts in U-shaped guides (Fig. 4). This is done in order to tension weakened for any reason caterpillar.
Balance truck to the frame of the propeller are bolted each to the two brackets, as in the “Buran”. With the greatest height at the front of the brackets. Thus, the frame of the propeller is raised in the front, which positively affects the work of the caterpillar.
The brackets are made of parts of various sizes, in addition, to achieve the desired bias frames, I’d put them under the bars of the PCB. 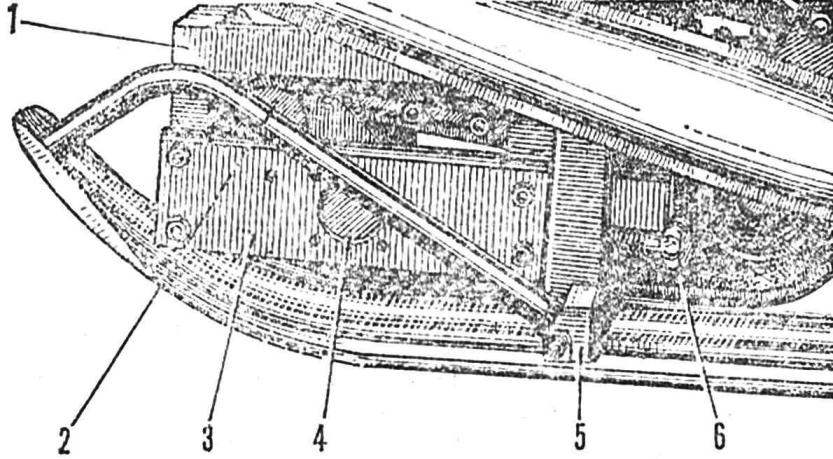 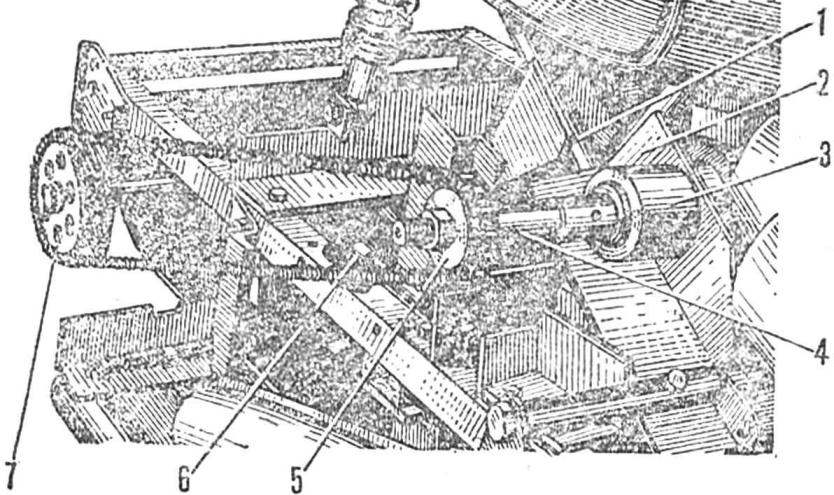 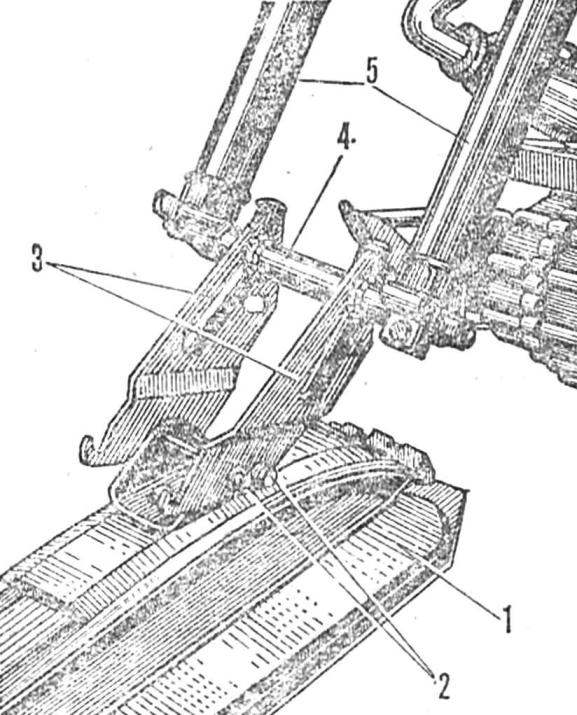 Fig. 6. The suspension of the slewing ski:
1 – ski, 2 – bolts 3 – mounting brackets, 4 – spacer, 5 – front fork of the motorcycle.
Side skis of the snowmobile of “Likes” are rigidly bolted to brackets of the frame of the propeller. They provide additional support that increases stability of the machine. Above is the mufflers that I hung on the footboard of the driver, cut them, thread M12.
The turning radius of my snowmobile got about 2 m, which allows for high speed easy to maneuver even in the forest between the trees. However, the lack of reverse creates a certain inconvenience, and snowmobile sometimes you have to deploy manually.
I had to carry on three people and Luggage – snowmobile went well, however, in low gears – a second or third, depending on the situation. Towed trailer ski sled.
Your snowmobile I built, as they say, on the knee, first lopavshe materials, after selection of them here in Arctic village, frankly, limited. So apparently he came out a bit rough, and I intend to work on it: add a second track to consider lubrication purposes and some details of the exterior design,
V. GREEK, p. Belose, Nenets Autonomous Okrug