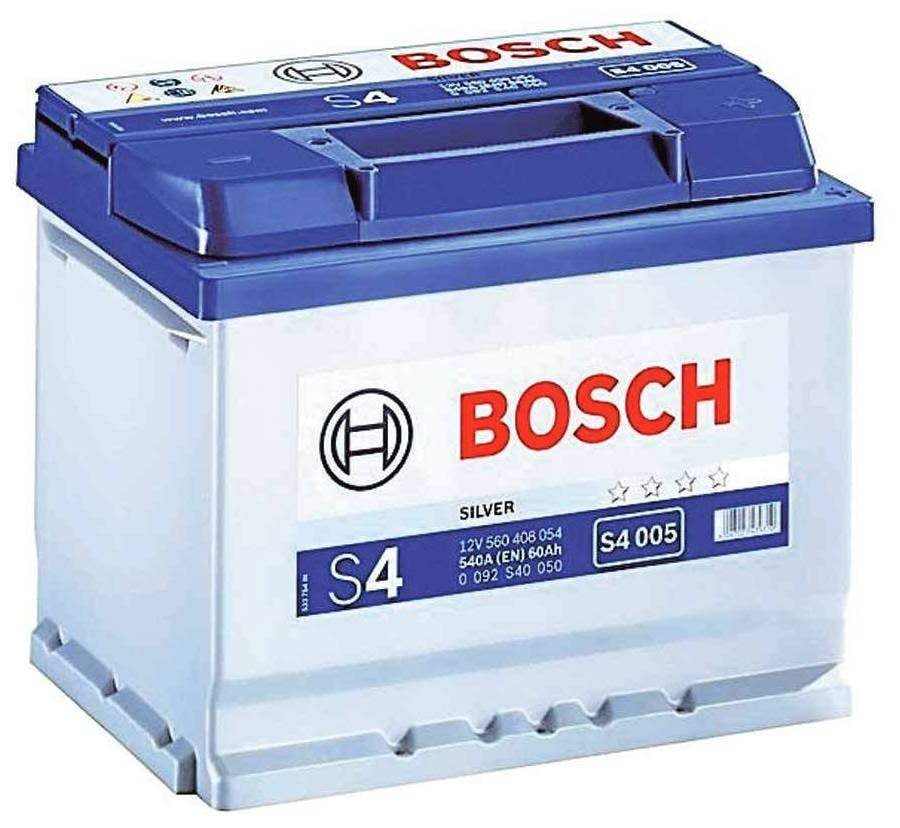 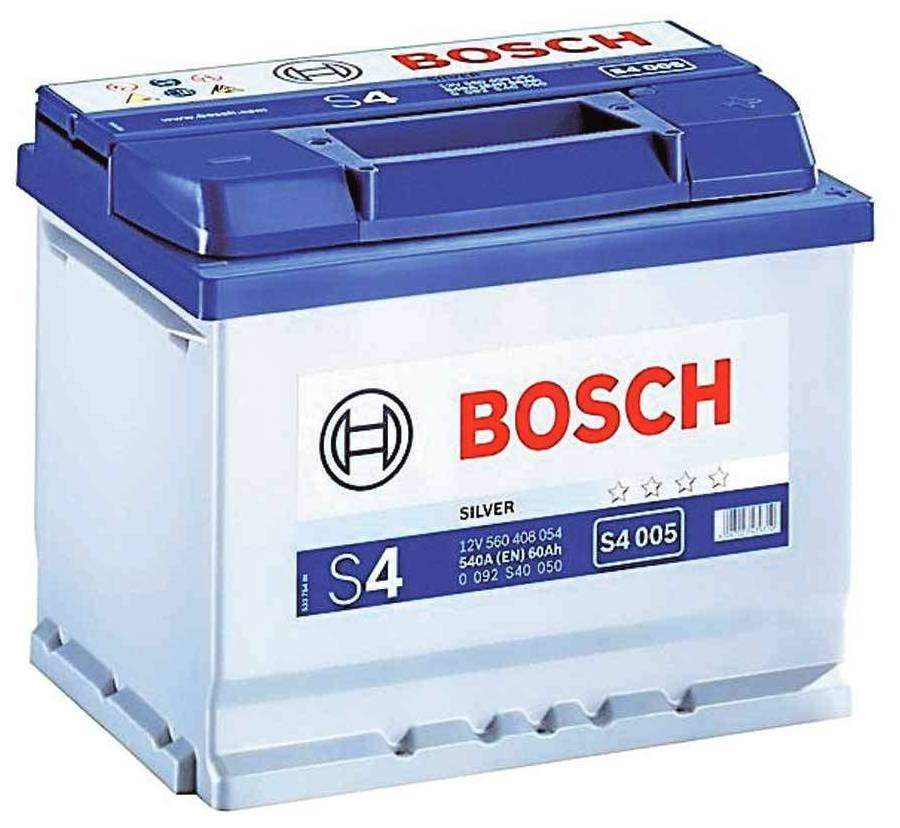 Any motorist knows that the state of charge of the battery must constantly monitor is required to control the pressure on it. This can be done by using electronic circuit which gives an alarm when low electrolyte level, high overload, contamination of the terminals of the battery, breakage of the drive belt of the generator, the overcharge of the battery.
The main difference of the proposed scheme from that previously published — unusual use as comparator circuits КР142ЕН19А, precision analog Zener diode with adjustable voltage stabilization.
This comparator has a stable triggering voltage is determined by the source of the reference voltage (2.5 V), which significantly increases the accuracy of control. The chip has the dimensions of a transistor, which allows to reduce the dimensions of the device (although this is not the most important thing and I to such a task is not placed).
The scheme (Fig. a) connects directly to the vehicle battery and feeding from it, estimates the applied voltage. The capacitor C1 serves to protect from interference.
Resistors R1, R2, R3 assembled adjustable voltage divider. Trimming resistor R2 is exposed, the upper limit (14). With R2, the voltage is applied to the control input circuits DA1, which works as a comparator due to the low value of the resistor R4.
Transistor VT1 is made current amplifier, the load which is HL1 led; it lights up when the maximum permissible voltage at the battery. I made an attempt to do without the transistor VT1, including led HL1 with a limiting current resistor in the anode circuits DA1. It was not a success, as the output transistor of the chip is not fully closed and the led is just lit. When the led HL1 through the diode VD1 is turned on and the signal.
HL2 is a blinking led or beep.
Setting the schema
This will require a digital or precision analog voltmeter and the variable voltage source
Original install podster-ecznie resistors in the middle position and connect the circuit to the power source. There connect a voltmeter and apply a voltage of 14 V. the Rotation of the resistor R2 until the led light HL1 and HL2, respectively. To check the accuracy of the settings reduce the applied voltage to 11 and 12, slowly increasing, notice the voltmeter the voltage at which the led will come on HL1. 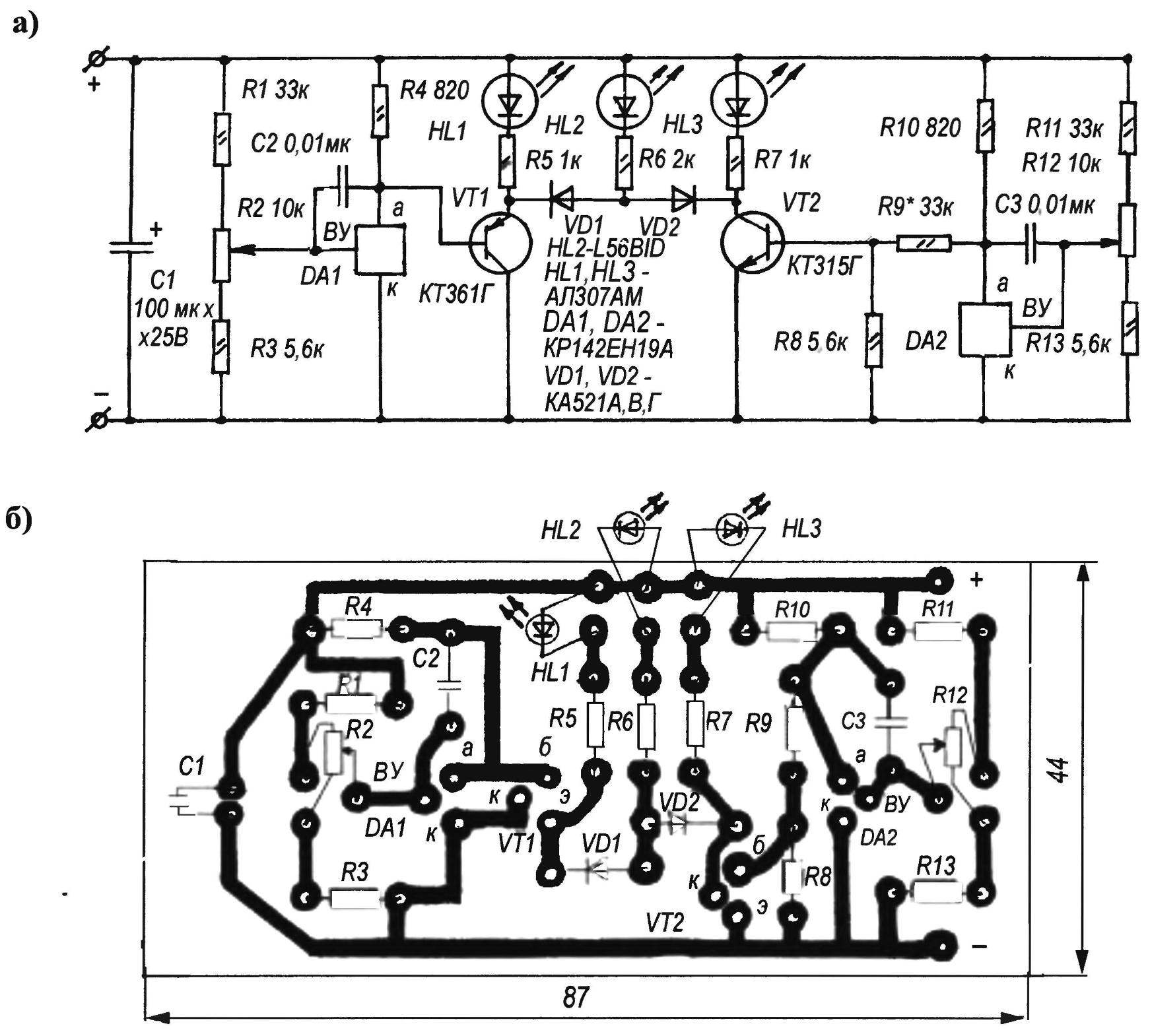 Electrical schematic (a) and PCB (b) of the device to control the battery based on the chip КР142ЕН19А
Repeating the described operation several times, you will achieve accurate settings. Setting on the power supply output voltage 10.8 V, adjust the resistor R12 so that the HL3 led is lit, HL2 winked. May need clarification of the resistor R9. This instead temporarily podaite trimmer resistor 100 ohms with a series resistor of 15 kω. Get the selection of the resistance of the trimming resistor of the temporary full opening of the transistor VT2 at the minimum required base current. Measure the resulting resistance and replace with a regular resistor R9. Then, after increasing the applied voltage, reduce it slowly, noticing it on the voltmeter when the led lights up HL3. The configuration of the ends. Connect the circuit to the electric network of the car so that when the power is off it was off: there is no need to leave it on the circuit when the vehicle is not used.
Details
Resistors and capacitors may be of any type, small-sized. Transistors VT1, VT2 with any alphabetic indexes. Trimmer resistors R2, R12 —type HRC-1.
The printed circuit Board (Fig. b) made from a one-sided foil fiberglass.
V. GRICHKO, Krasnodar