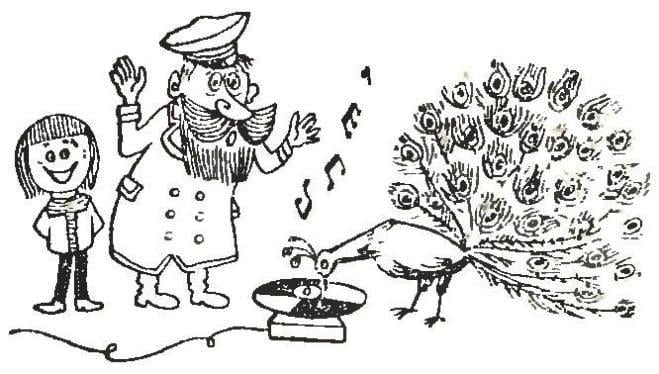 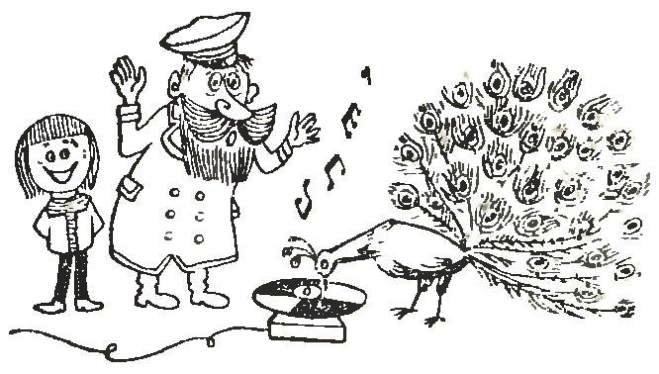 (The end. The beginning see in number 1). Last time we talked about electromyographical and the stereo amplifier is a musical complex. Today we will talk about it “Svetogorska” equipment.

ILLUMINATED CONSOLE is assembled according to the scheme shown in figure 1. The use of pre-amplifier transistor T1 is allowed to refuse input transformer and reduce the size of the structure.
Frequency division is performed using double T-filters connected between the bases and collectors of transistors T2 — T4. The correspondence between the color and the resonant frequencies as follows: red — 100 Hz, green — 1000 Hz, yellow — 5000 Hz. 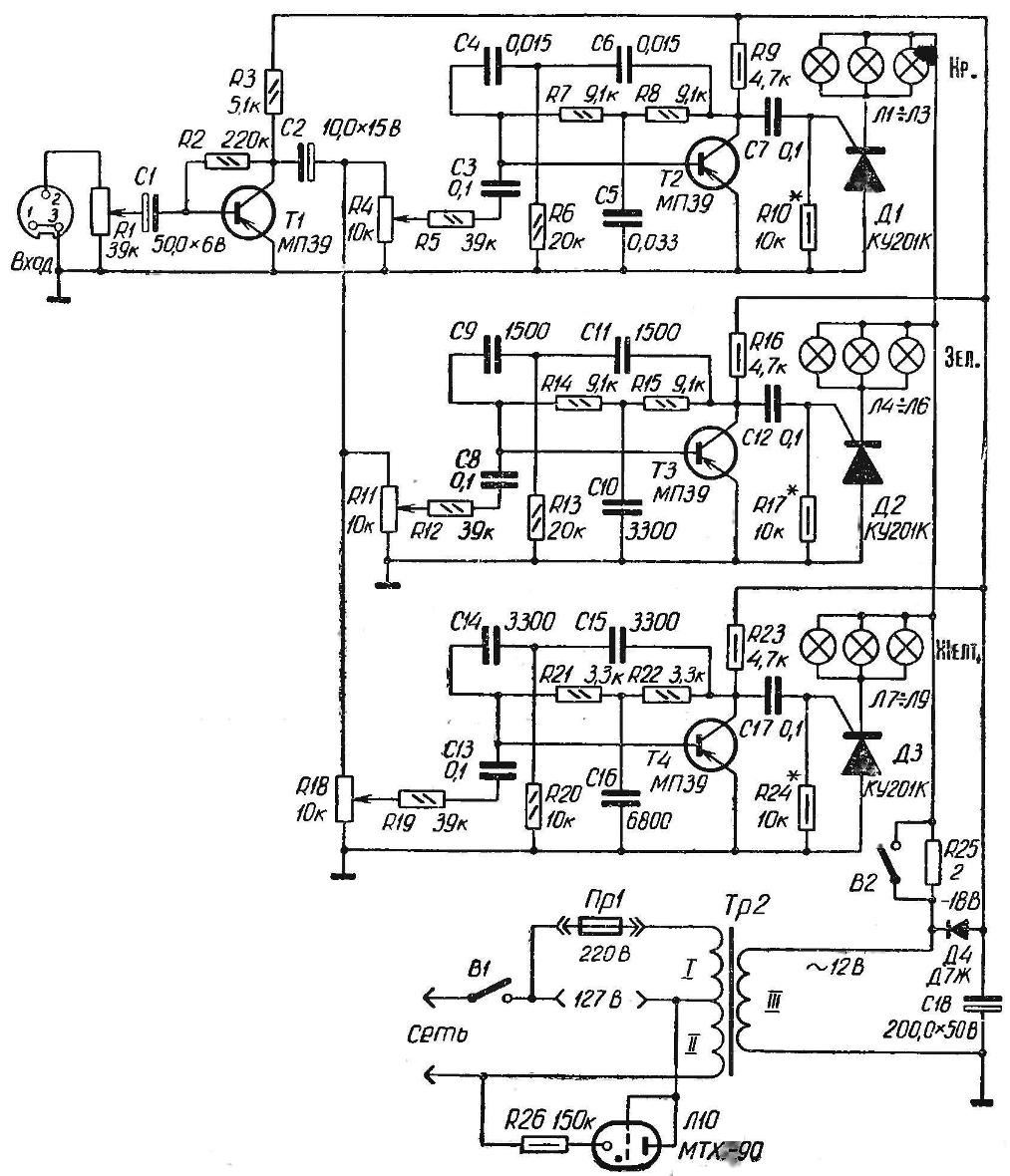 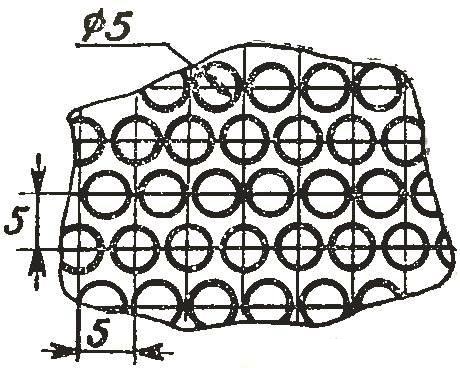 Fig. 2. So there are indentations on the screen of the console. 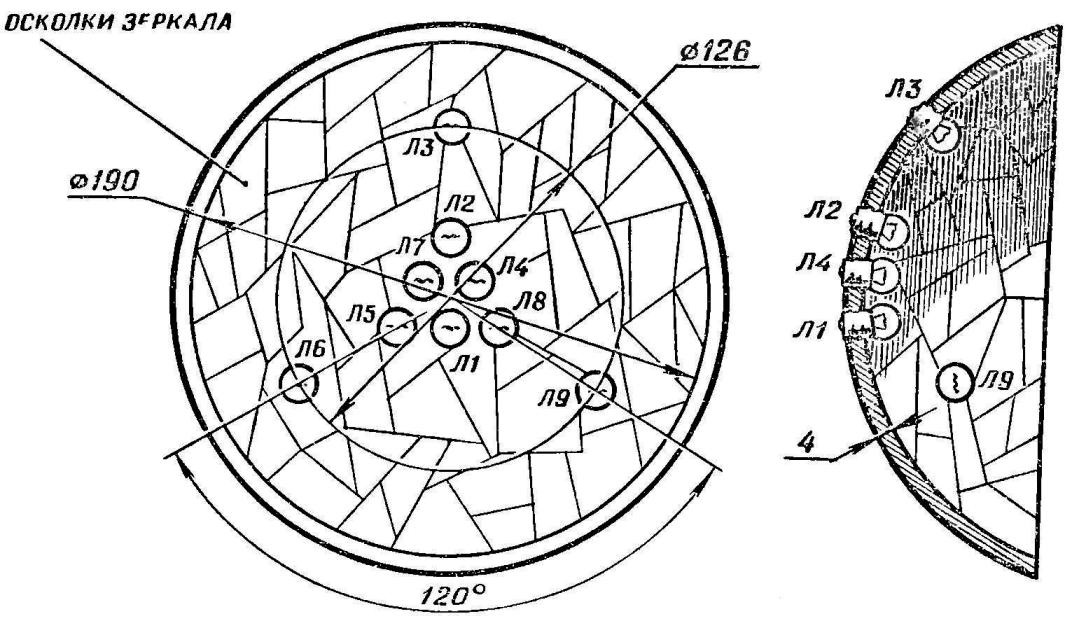 Fig. 3. Reflector design.
Light bulbs L1—L9 НЦ222 paint with varnish mixed with color pastes for ballpoint pens.
Variable resistors: R1 — level control input, R4, R11, R18 — controls for color, as well as the limits switch brightness B2 is displayed on the rear wall of the housings.
Commissioning a musical consoles comes down to the installation mode of the thyristors. Selecting resistors R10, R10, R24, you need to ensure that the thyristor does not open spontaneously, but was not closed too tightly.
All the bulbs used in consoles designed for 6.3 V, but is included for increased voltage. Such a regime is justified, as the brightness increases, and the lifetime of the light bulbs remains a fairly long — seven months or more.
Winding of the transformer 2 are wound on the core of the transformer of the player “Youth”. The winding of I contains 520 turns of PEL of 0.25, II — 700 turns of PEL of 0.31, III — 74 round PEL of 1.07.
Speaker SYSTEM power 4 watts each have two dynamics 2ГД-19M (Fig. 4). To improve the reproduction of low and high frequencies in the scheme introduced LC filters. In addition, the speaker cone Гр1 impregnated with liquid paraffin.
Coil L1 wound on the core KD-TD-8 contains 200 turns of wire PEL-0,39. 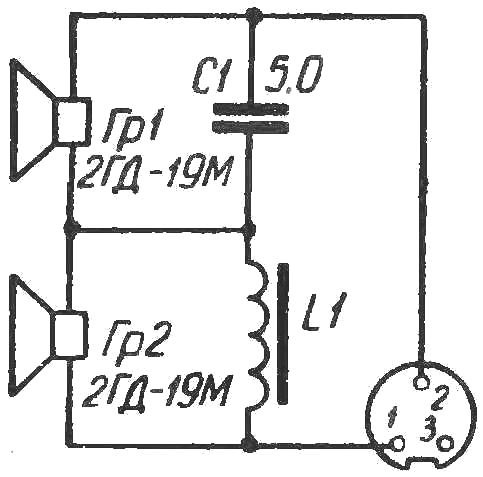 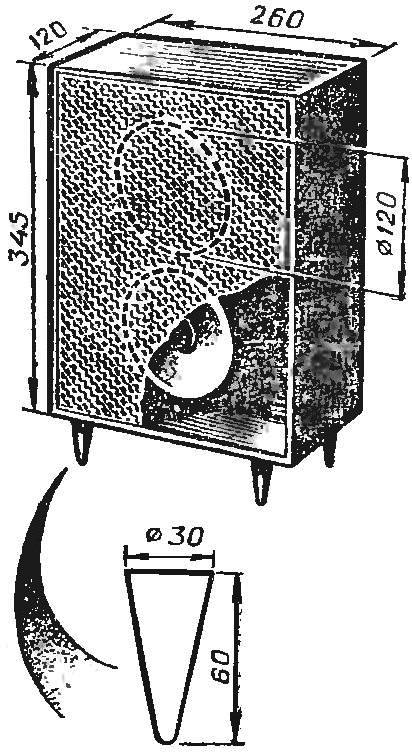 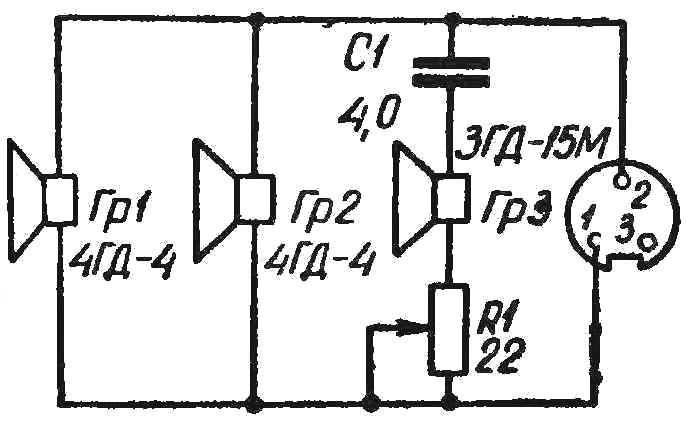 Fig. 6. Scheme watt speaker system.
Speakers made from plywood 8 mm thick or particle Board (Fig. 5). Side walls finish with veneer of valuable sorts of wood, and then cover with several layers of lacquer НЦ228. Finally the lacquered surface is polished with sandpaper and polishing paste No. 290.
The front panel of the speakers hang decorative fabric. The back wall is removable. They can be made of pressed cardboard. To make the sound more “juicy” the amount of columns it is desirable to fill in any sound-absorbing material (foam, wool, etc.).
When using the maximum output power of the amplifier it is necessary to use more powerful speakers and a broadband Version of this speaker system is depicted in figure 6.
A. KUTASOV, a student of the 10th form, school № 62, Moscow