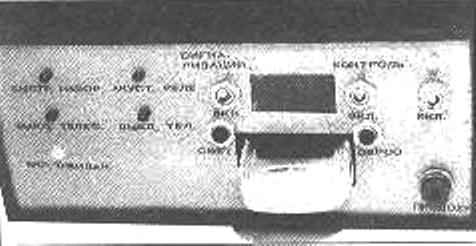 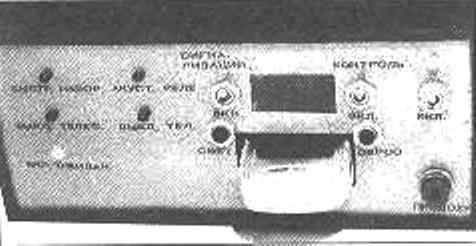 Four years ago in the “Modeller-designer” was published my article on snowblower. Today, I present to the readers a material of another property – the use of GSM communication channel (i.e. cell phone) to the alarm system. This is, perhaps, a new direction in Amateur practice. Suffice it to say that in the famous magazine “Radio” was only two publications on this topic. But, given some “heavy” “fancy” schema processors, programming, intervention in the scheme of the cell phone will pull not everyone (even seasoned) hams.

I developed, implemented and operated for more than two years in continuous operation mode, a simple alarm device with cell phone use (which is often called the “cell phone”) without the intervention in his scheme. The device can gather a radio Amateur with a little practice. Additionally, I enclose a variant of the scheme for the protection of several objects (Fig.1). The OUTPUT of which is connected With the proposed device, called a “site approval burglar alarm systems with GSM communication channel”.

“Host agreement” consists of two almost independent units. The first is “call”, informing about the violation of the alarm object. The second is the “controller” that monitors the serviceability of the alarm systems. Systems two in accordance with the number of protected sites, designated in the diagram by the letters “D” and “U”. “D” is a house, “” manor buildings (garage, cellar, gate).

Alarm system represents the loops of reed switches with magnets on the Windows, doors, gates, hatches, and these plumes are connected to the electronics circuits 155 series. Each system has its own frequency generator, his voice, by which to determine which of the systems is impaired. For control of both systems is applied the third signal, the so — called “signal of peace” .

I he is a beep beep with a frequency of 1 kHz and repeating every six seconds. But, in principle, it is not necessary. Enough to know that none of the alarm systems didn’t work.

Block “call” (Fig.2) represents a scheme of three time relay- “5”, “I min”. “45 min” and actuators consisting of solenoids and levers.

In violation of the alarm objects to inputs “D” or “Y” goes to a high level (TTL) of approximately four volts, which, passing through the closed on the initial state, the contacts P3.2. gets to the base of transistor UT1 Triggers a simple relay K1. contacts K1.1 which included all three time relay (Fig.4). Contacts R1.1 “relay 5 with the” use simple relay K1 Is necessary in order to continue supply of the voltage +12V via the contacts K1.1, since the transistor VT1 is closed, because relay included “45 minutes” contacts P3.2 have cut its management. 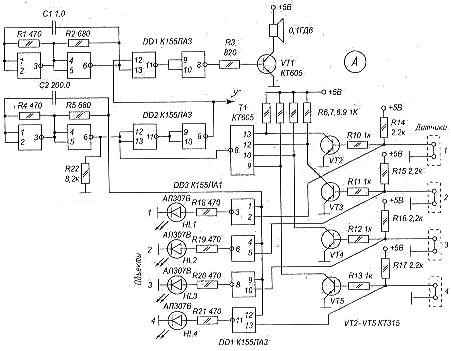 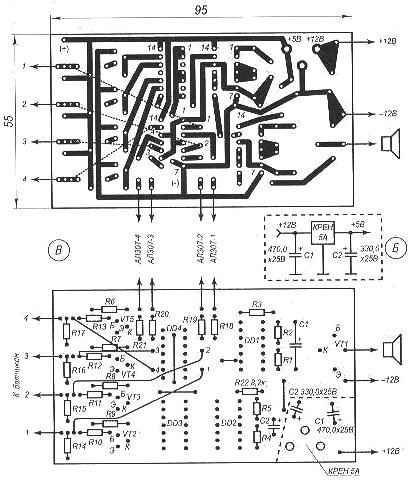 Fig. 1. Circuit diagram of burglar alarm systems at four sites (A), stabilizer voltage 5 V (B) and the topology of the PCB (In)

Relay “5”, besides blocking relay K1. at the same time include through contacts P1.2 the electromagnet EM1, which, through the lever presses the button “2” (Fig.6) “a new phone and keep it for 4 to 5 seconds Occurs! “speed dial” the telephone number of the subscriber to report the violation alarm. Instead of pressing “2” you can use the button “5” or “8” as they are all on the same line by the lever of the electromagnet EM1. The caller will hear a call on your phone, click “green phone” hears the signal of the object with the broken alarm system and takes appropriate action.

After one minute the “relay 1 min” includes using its contacts R2.2 the electromagnet EM 2. through which the lever presses the button “Off.” (“the red phone”), thereby finishing a call to the subscriber and translates your cell phone and standby mode. The electromagnet EM is powered by only 2 energy charge of the capacitor C1 is 4700,0×25 V. which is recharged via K4 and closed when the relay “1 min” contacts P2.3.

Relay time “45 min” is meant for. to call on the violation alarm is supplied single, that is lasted only 1 minute. And if the violation alarm is not resolved, is a time relay in 45 minutes, veluchensis again closes the contacts R 3.2, the alarm again goes to the base of UT1, and the described process is repeated.

I want to note one important detail — it is considered a “block calls” in standby mode practically does not consume energy, as all relays are in the off state, and the transistor VT1 is closed. Energy and miserable, consume only some LEDs

I want to note that EfE time relay operable when energized. Therefore, the relay “1 min” and relay “45 minutes” for the first time are fed through the diodes (respectively. VD4 and VD5), and when they are turned on, the power comes through their contacts P2.1, and P3.1. Having worked their time, their relays are released, and these turnips of time fully de-energized.

The “control unit” (Fig.Z) is also simple. The subscriber, for example, need to call and find out if everything was okay with the subject matter He dials the cell phone number of our “host agreement”. Ring tone from the cell phone, as we know, very loud. And microphone acoustic relay (Fig.4) “flea control” placed next to the cell phone From ringing sound triggers the acoustic relay, and contacts AR 1.1 turns on the electromagnet EMZ, through which the lever presses the green telephone, and the caller will hear that all is n order, no violation no.

Everything that happens in “node matching” processes, you can control the connected LEDs.

“Host agreement” is going in the body size 210x100x110 mm. On the front panel made an opening to install cell phone (see photo on the splash screen). I used a cell phone SAMSYNG SGH-X100, or any other (not “cot”!), having the function of “speed dial”. The phone is in the factory case which at the bottom has a bracket for hanging the unit on the belt. The phone is inserted into the opening in the housing. In the bottom of the phone niche at a height of 7-8 mm installed transverse metal strip 12 to 15 mm Bracket goes under the bar and locks the machine. On top of the phone are 3 lever; at their far ends are fixed to the armature of the electromagnets, and PA neighbors — mounted button fixed. accordingly, above the buttons is “Off”. (“the red telephone”), number “2” (or “5” or “8”) and “On.” (green telephone). To monitor the installation above the opening provided for the window of Plexiglas size 18×35 mm. And, if necessary, the “Light” button to turn on the interior lighting. 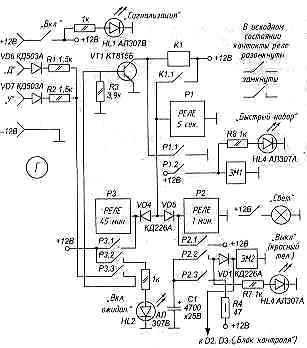 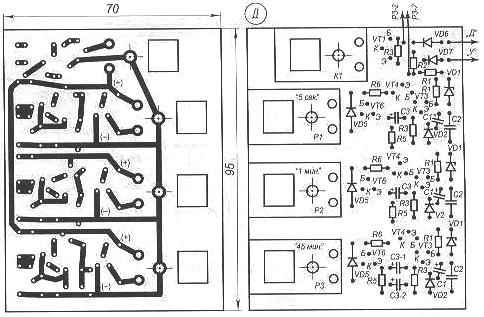 Fig. 2. Electrical schematic of the block “the call” (R) and the topology of its circuit Board (D) 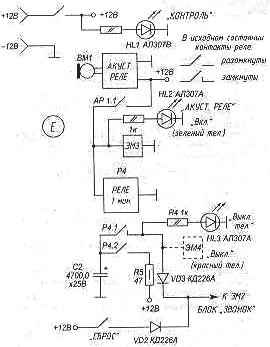 Fig. 3. Electrical schematic of the block “control” (E) and the topology of its circuit Board (W)

If the mobile phone is inserted to supply power to the blocks, due to the particular schema activated the electromagnet, which press the button “green phone”. In original condition the unit is a “Reset” button on the front panel, but you can not press “Reset”, because after 1 min relay “1 min” by itself will set it to its original state. If you first apply power to the “host agreement”, and then put on the phone — the whole system is in the standby mode, that is, any manipulation you need to do.

Rear on the rear panel connector type МРН8. For greater reliability of its terminals are connected in pairs.

Since the electromagnets ЭМ2 and ЭМ4 click the same button is “Off”. (“the red telephone”), ЭМ4 may be deleted, leaving only ЭМ2, and to include CSOs from both “blocks” via decoupling diodes VD1 -VDЗ.

On the left side is set to the horizontal position of the Board unit “call” on, slightly to the right of center mounted on the actuator and the right of the upright Board of the block “control”. After the mounting plate is fixed with screws so that its surface was at the level of the lower edge of the opening for easy installation phone.

In the “node matching” set relay RES 22 (passport Р04500.129), but it’s perfect and other, with working voltage 9 — 12 volts. Electromagnets are used from “hitchhiking” cassette recorder “Karpaty” (can be any other suitable size). Their primatyvajutsja re-winding a wire of PEL 0.12 mm (number of turns 1200).

For those who would like to make the entire security system, as a model offering a burglar alarm in 4 object (Fig.1). As sensors you can use pushbutton switches operating in the open, or reed switches with magnets or loops of reed switches with magnets on the basis of number of sensors on a particular object. Each object has a corresponding led which will flash when the breach alarm him by sounding the alarm. High level output DD2 as signal “Y” goes to the input “U” of the “host agreement”. 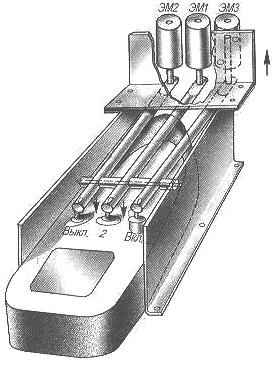 Fig. 6. General view of the Executive ustrojowe (the ratio of the arms of richagov from 1:3 to 1:4)

If you make another such a scheme and apply to home security, you can obtain a second signal of the day “site approval” — a signal “D”. You only need to change the frequency of the sound generator to “voice” concerns were different.

The signaling scheme is going in a separate building and is installed next to the “host agreement” to ensure that the alarms were heard cell phone “node”.

When using the security systems and “host approval” to protect against unauthorized access of remote cottages and garages that do not have 220 V. for their food you can use a regular car battery, and supply voltage +5 volts to regulator from the ROLL 5A or the import — 7805.

The scheme alarm can be improved by adding in a sky cell “memory”, Say, opened your garage, opened the gate, the alarm went off, went to call the subscriber. But the gate was closed I alarm calmed down, although there may be, there was not a car So the signaling scheme you need to add the self-locking relay for each object, the alarm continued regardless, stop the violation or not.

But the ego is already at the discretion of the hobbyist.