The proposed remote control system (remote control) is executed in the form of attachment to the radio commercial production. It allows you to control ten different loads with up to eight fixed channels (the first pressing — on, second — off) and two not fixed (the operation is possible only when the button is pressed).
A basic phone can be used for its intended purpose: to communicate with users in normal mode (with pulse dialing), whereas with remote control works tone. In principle, it is not forbidden tone dialing and subscriber connections, if you temporarily do not use the retry button (with the image of the “stars”).
The actual range of the remote control is determined by the range of stable radio communication between the base unit and portable handset.
This system can be used by people with mobility disabilities to turn on and off lights, electrical appliances (heaters, fans, etc.) to unlock electric door lock (this uses the push channel DU). Well, if you have a basic cordless phone long range easy to create the effect of the presence of the owner in the apartment, scaring off intruders.
Modern cordless phones transmitting tract, usually performed at a high level — with the use of frequency modulation (she provides high noise immunity) and double frequency conversion. The main signal amplification happens at the second intermediate frequency, a first intermediate selected sufficiently high, for increased selectivity on the mirror channel.
Typically, the receiving and transmitting paths are used in frequency synthesizers with quartz stabilization or adjustment of equipment is carried out by using the so-called PLL. More complex and expensive models of cordless phones scan all channels of communication and allow you to automatically tune in to free or on stable channel with a lower interference level.
All current models of radio telephones are equipped with a system of coding compliance compact handset and base unit (ID-code). This is a pretty strong protection. The gist of it is that laying the tube on the base unit both parts of the instrument together choose one of the pre-specified ID codes, and further communication is possible only between speakers of the same password. The number of such telephone ID codes varies from a few tens to a million.
Usually for a small number of ID codes in the base unit is installed specific for this cordless version of the code using a set of jumpers or dip switches. Their position is read by an embedded controller. When the handset is placed on the base unit, the ID code is transmitted to the receiver, and then automatically set their mutual consistency.
Expensive cordless phones provides a large number of ID codes stored in the ROM of the handset and the base unit. Compared to other models, it is a distinct advantage. Each time lowering the tube to the base unit selects a new ID-the identification code of the tube. The possibility of using a stranger here portable tube is practically reduced to zero. 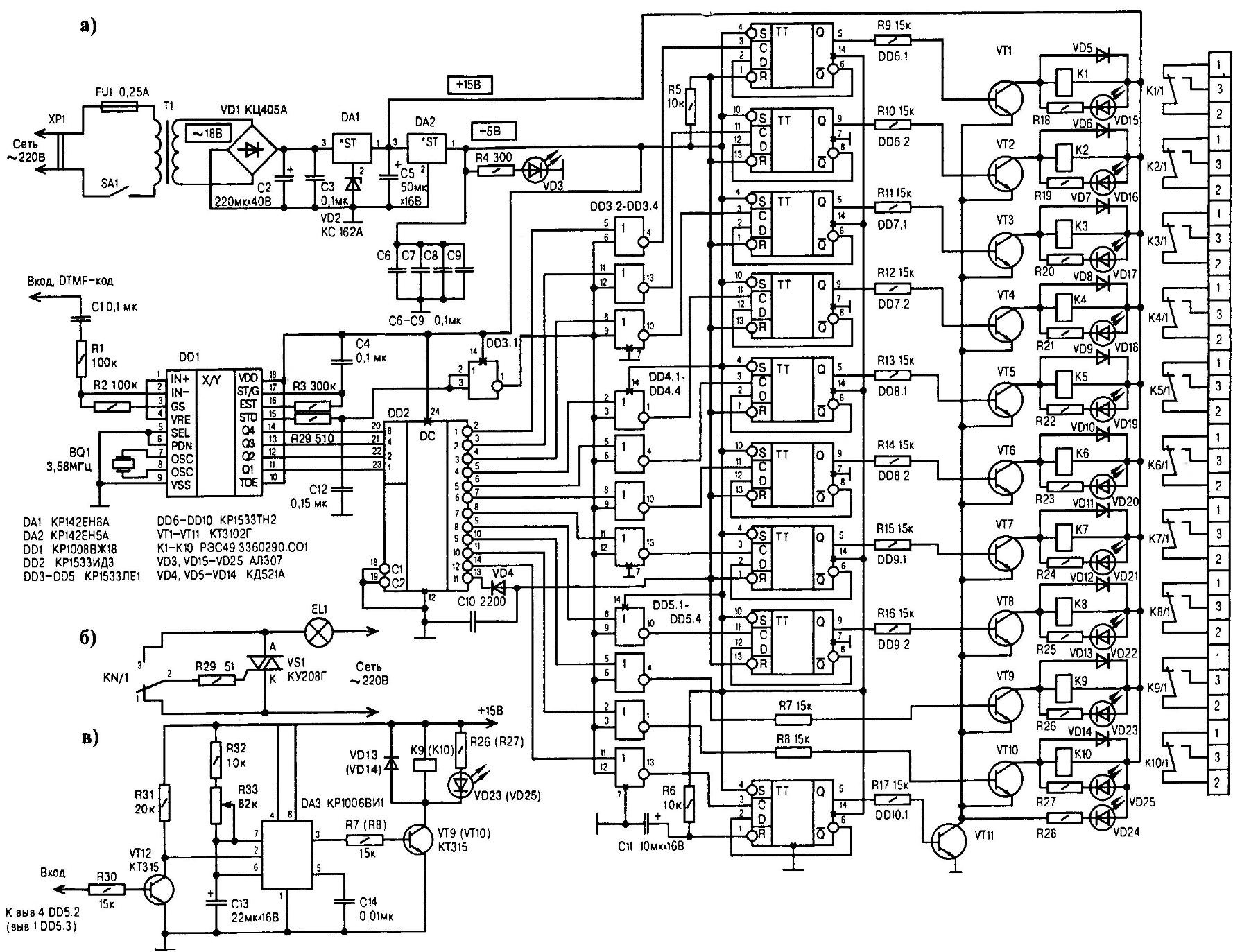