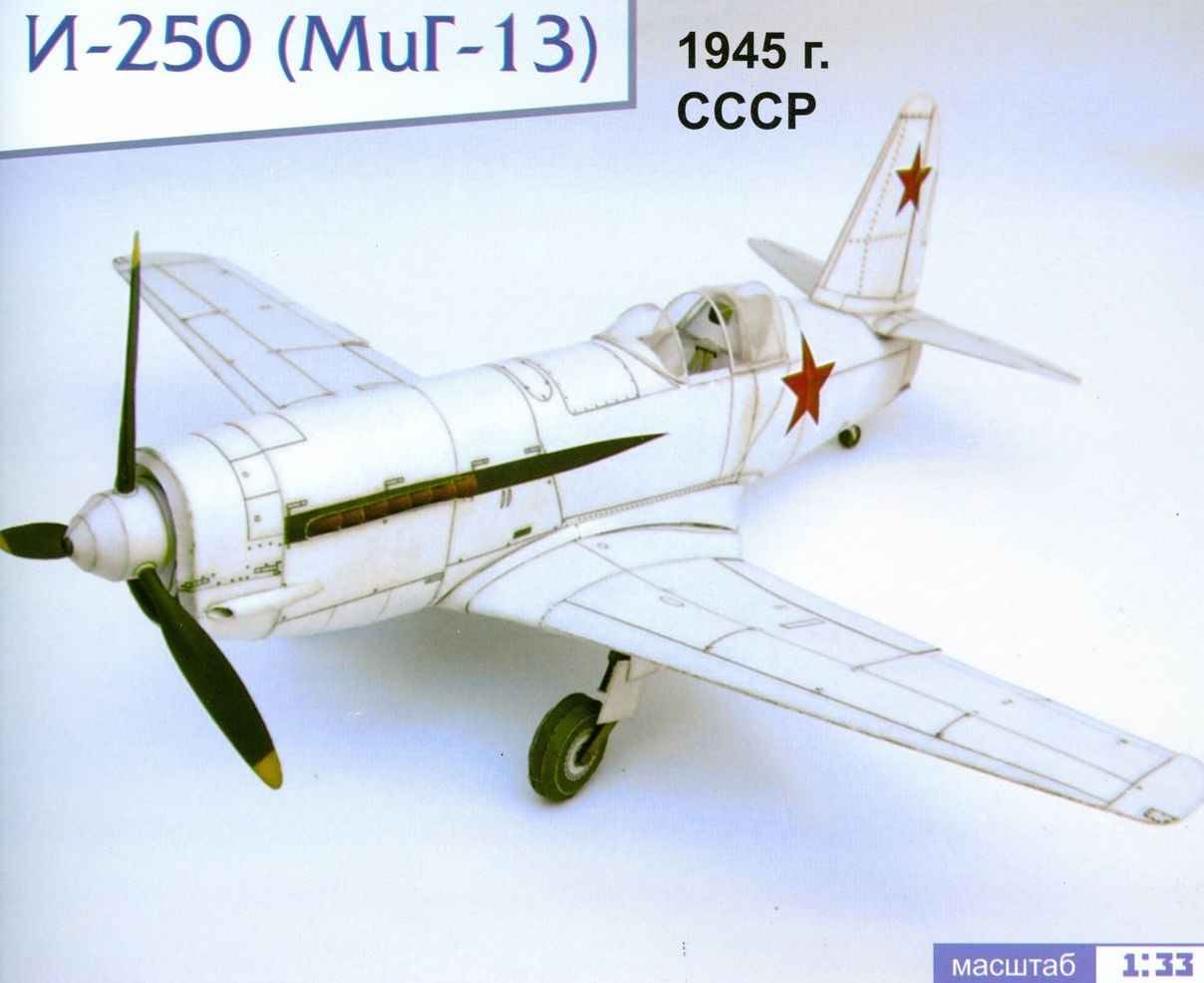 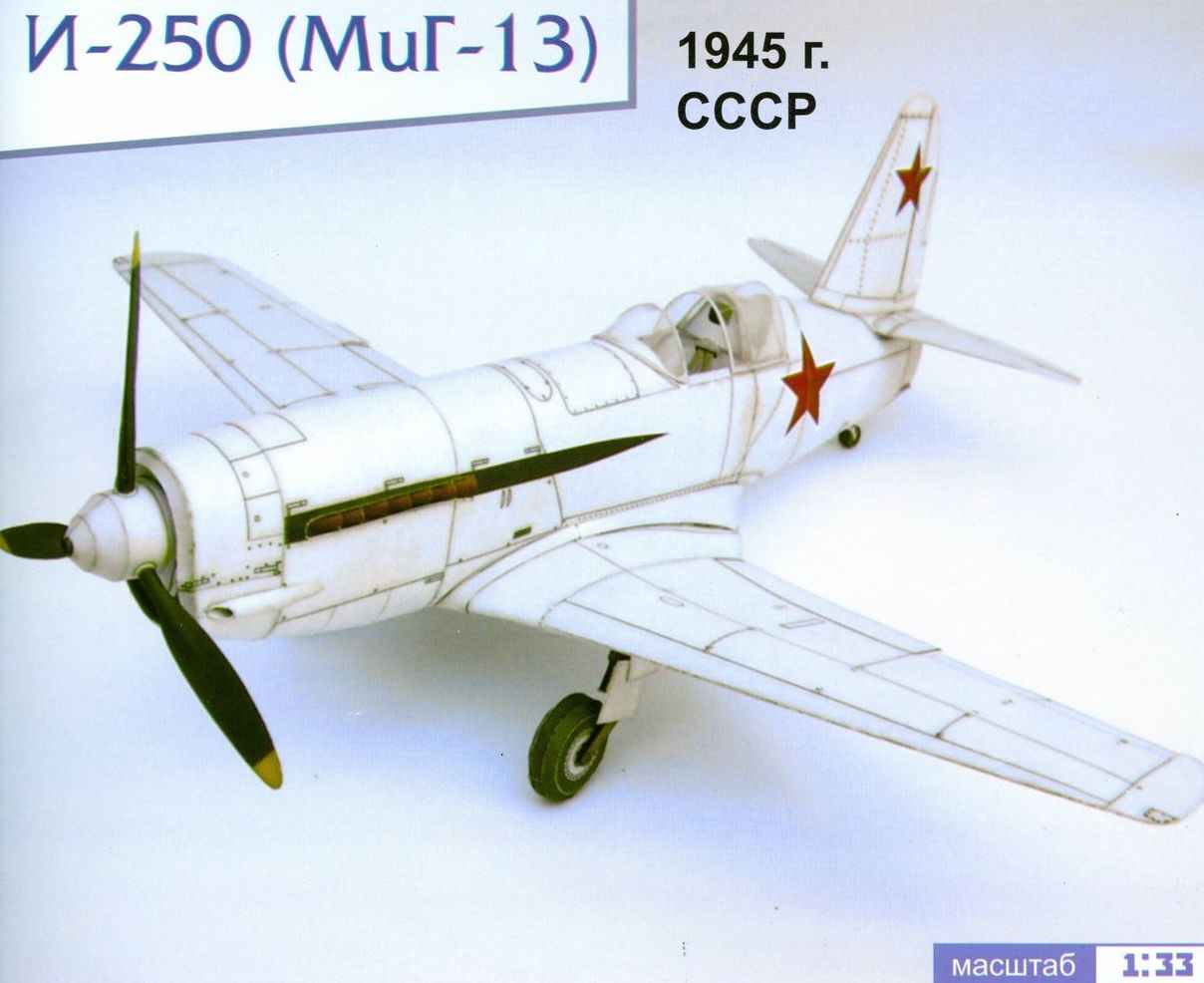 Work on the creation of a fighter pilot naval aviation I – 250 mixed power plant began in accordance with the resolution of the bills from may 22, 1944 at the OKB. A. I. Mikoyan.

The first flying prototype of the aircraft, called I-250 were transferred to the factory test in February 1945

The combined power-plant-250 consisted of VK-107A engine with a power of 1650 HP and vrdk accelerator, developed in CIAM K. V. Holshevnikov. The power developed by a piston engine, is transmitted to two users: the air screw and the vrdk compressor. During takeoff and during flight without the use of vrdk a major consumer of power was a propeller, and the vrdk compressor was spinning in the lowest gear. To reduce the takeoff and flight speed to the maximum include the second, higher, transmission of the drive of the compressor and the combustion chamber is supplied fuel. By plane was installed three-blade propeller AV-10P-60 with a diameter of 3.1 m.

Armament consisted of three 20-mm cannons B-20 (ammunition 100 rounds). One gun fired through the hollow shaft of the gearbox, and two synchronous guns were on the sides of the fuselage.

March 3, 1945, the plane I-250 made its first flight. However, on 5 July 1945. when the next test flight the first copy of the I-250 crashed, killing test pilot A. P. Deev. Due to the great overload to destroy the stabilizer. The pilot left the aircraft, but due to the low height of the canopy was filled with too late, failing to reduce the speed of fall of the pilot. 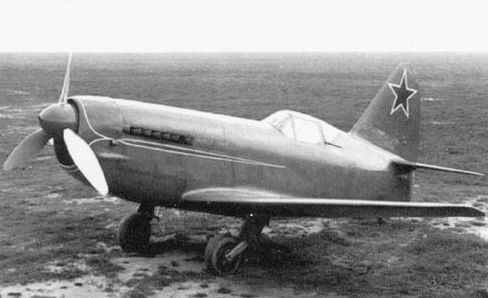 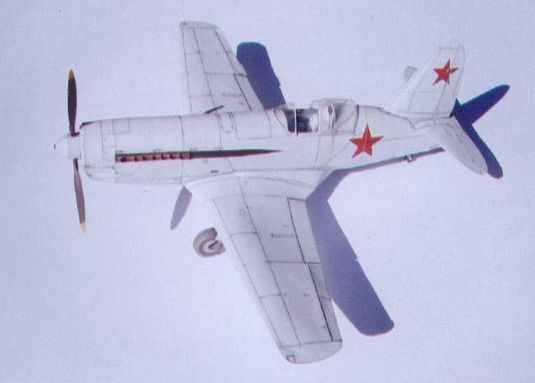 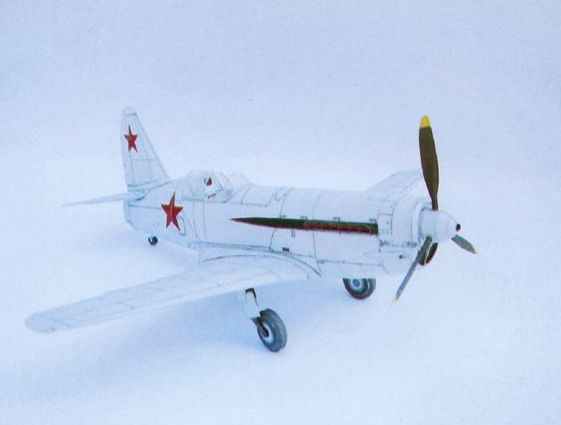 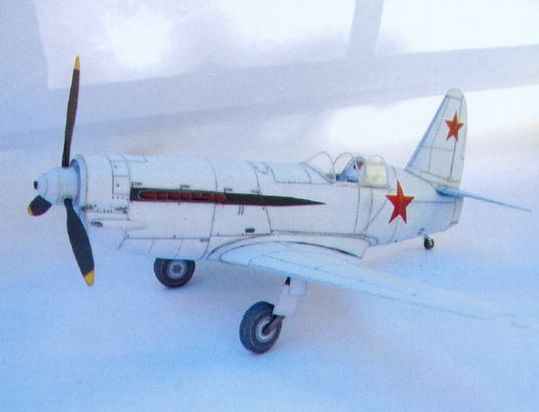 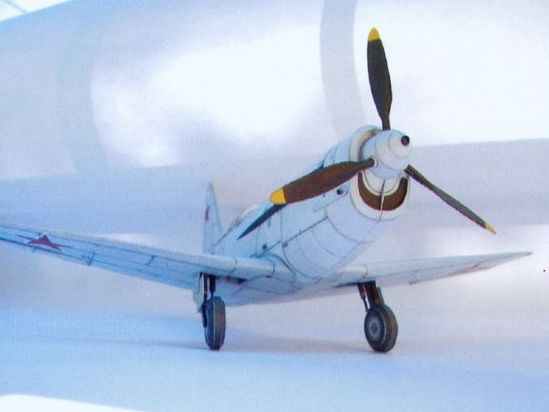 In may 1945, the factory tests have received second copy of the fighter I-250. After the disaster the first instance it strengthened the stabilizer, to enhance directional stability at high flight speeds have significantly increased the area of the keel.

The maximum speed obtained during the tests amounted to 825 km/h, exceeding the 100-150 km/h speed piston fighters of the time. The inclusion vrdk on takeoff reduced takeoff distance up to 400 m.

In 1946 there was built 8 aircraft And 250, known as the MiG-13, which soon was sent to military trials. However, given that by this time it appeared a jet aircraft MIG-9 and Yak-15, in the beginning of 1948, all the aircraft were decommissioned.