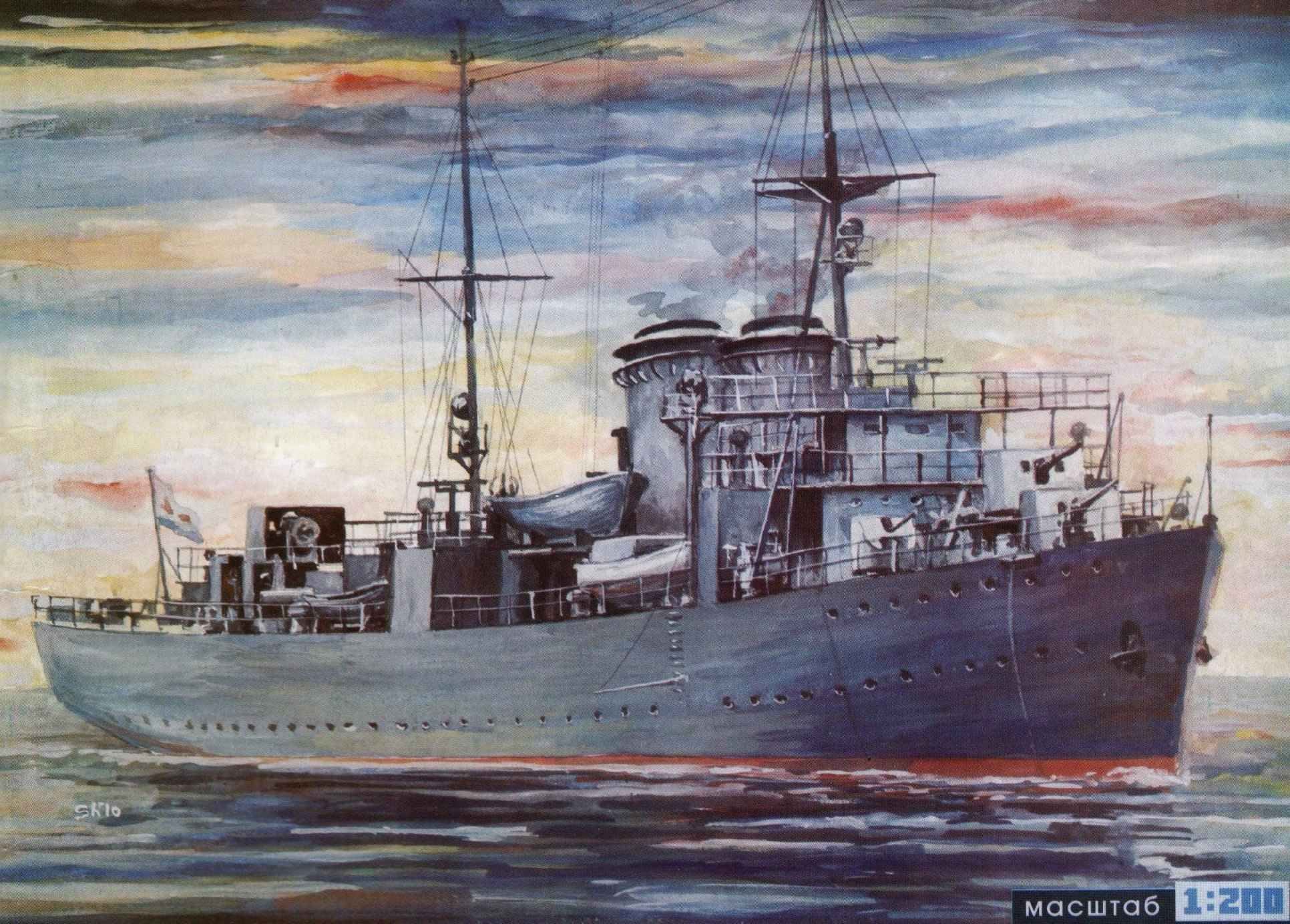 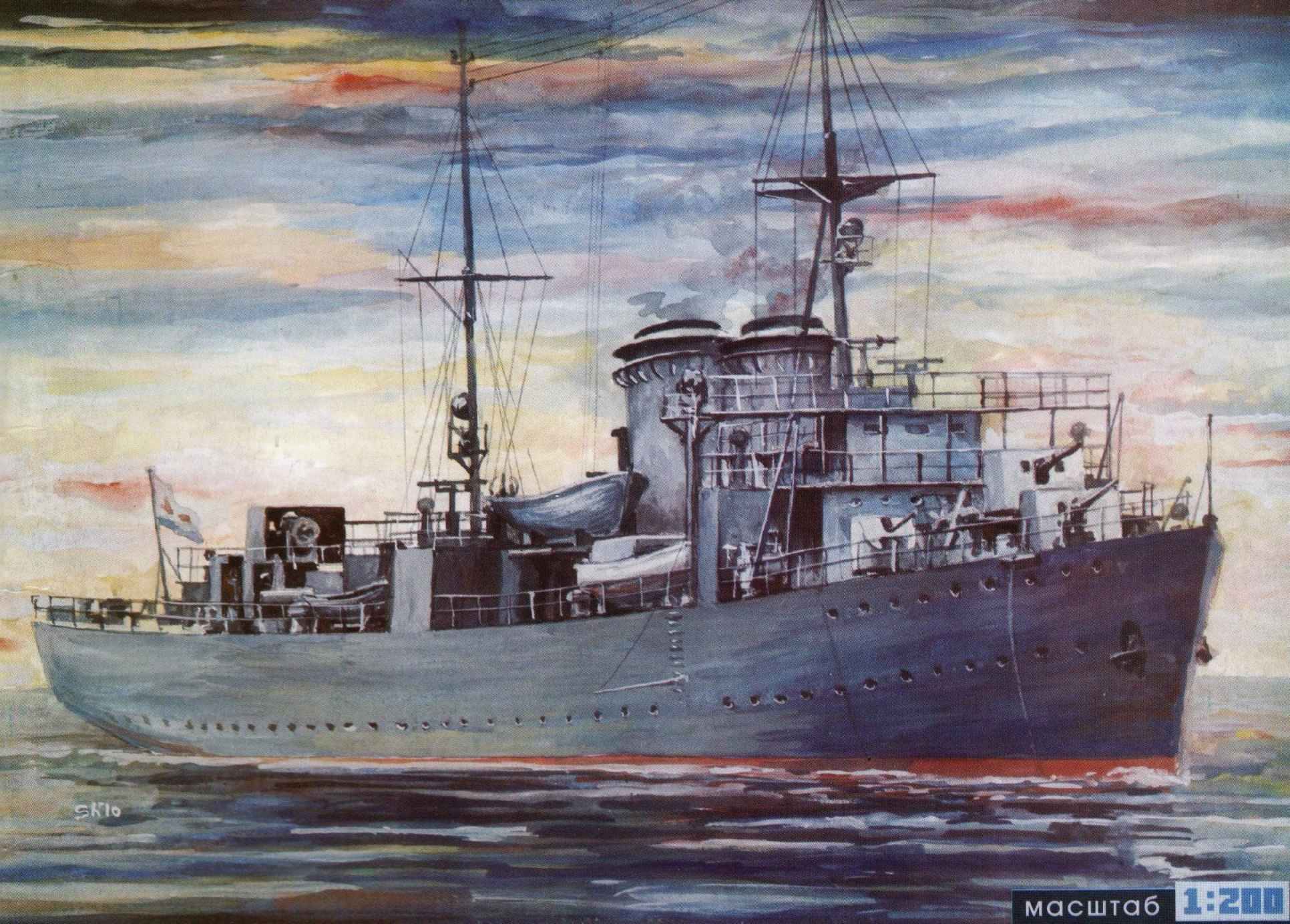 Create a mine layer “Marty” is a remarkable page in the history of our fleet and is a true success in the creation of ships of this class. He was also one of the first guards of the ships, “Marty,” played a significant role in the fighting in the Baltic in the initial period of the great Patriotic war. Rapid hull lines and elegant appearance of this extraordinary vehicle was inherited from the former Imperial yacht “Shtandart”, the modernization of which in 30 years resulted in the creation of almost new combat units…

1920 was a hard year. On 23 October, the Council of Labor and Defense adopted a decision on the restoration of the Baltic fleet, under which a special Commission selected the most capable ships suitable for repair or upgrade.

Meanwhile, in October 1928 there was a proposal to remodel the former first boat in the base of submarines, then the carrier torpedo boats, in the end, the Navy of the red army, it was decided to convert the “Standard” in minzag.

The design was entrusted to the Kronstadt military port, the fourth version of the draft which was approved as final and was capable of carrying 545 min, had four 130 mm guns and could reach speeds of 18 knots. The conversion decided to hold on Kronstadt Marine plant, then the project 200 gave the Leningrad plant them. Marty with the final deadline on test 1 Aug 1934, However, on acceptance trials the ship was released only in October of 1936 due to the lack of experienced plant personnel, loss of expertise and technological equipment of the consequences of post-war devastation. 25 Dec 1936 the ship was officially accepted into the KBF. 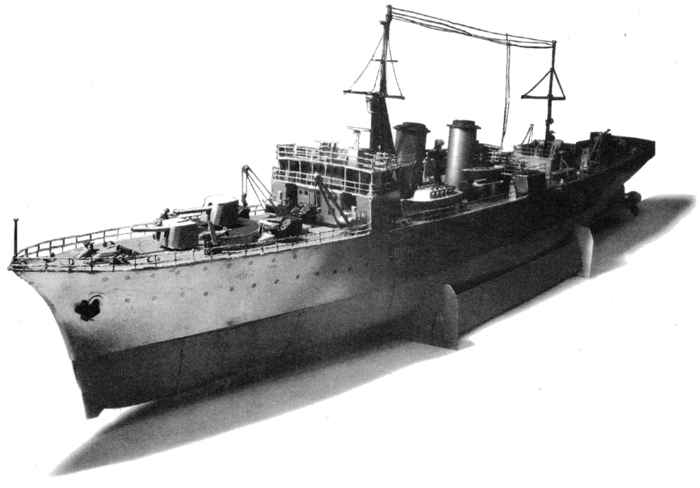 The first commander of the ship was captain 2nd rank Karpov I. G., repressed and then rehabilitated, he subsequently commanded mensagem “Ural”.

A new commander was appointed captain 1st rank Meshchersky N. And. the descendant of a noble family, is an outstanding man in many ways.

Under his command, “Marty” became a model ship, the flagship of the boom coupling and trawling KBF.

During the Soviet-Finnish war (or conflict , as it was then wrote), “Marty” has completed production of mines in the Strait Bjerke-Sund, off the coast of Finland.

In the early days of the great Patriotic war the ship is the detachment of the layers first, put mines at the mouth of the Gulf of Finland, and then in July. Osmussaar. In August, German troops came close to Tallinn, the command ordered Meschersky to divert the ship to Kronstadt. Being exposed to constant massive raids , minzag until the winter of 1941. performed mine-laying in the Gulf of Finland, contributing to the creation of reliable protection from the enemy fleet . The saturation of the waters with mines was that the Bay was called “soup dumplings”. The ship participated in the evacuation of the defenders of the island of Hanko, when close to the mine explosion in Paravan damaged the car on the way to the island, where taking two division 343 regiment with 270 artillery regiment, minsig small course, subjected to shelling by shore batteries of the enemy, went to Kronstadt.

Then there was the siege of Leningrad in which to make repairs to the ship , while most of the crew went to the part of the marine corps to defend the approaches to the city. In April 1942 by decree of the people’s Commissariat of the Navy of the USSR ” for excellent execution of command , the heroism of the personnel in the fighting,” “Marty,” was awarded guards status. After repair in August 1943. the ship participated in counter German artillery batteries. Then, following a few training hikes, I got back on the repair.

The war was over, and “Marty” a few years been in the ranks. In 1948. after criticism by the renowned French Communist andré Marty’s leadership comrade. Stalin, the ship was renamed minzag “Oka”. In the late 50’s “Eye” was removed from the Navy and converted into a plavkazarme guards flag and one of the guns was transferred to the Museum. Then command of the Navy, using some time the body as a target for the new, began to appear only then missile weapons, then gave the ship to be scrapped. 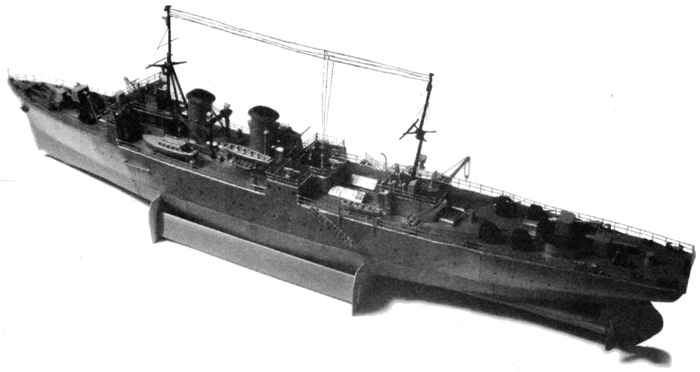 Assembly of the model should begin with the frame. An important role is played by the thorough implementation of the grooves in children. W1-W12, V1-V4, A1-A6, A1′-A8′. Preferably the assembled frame to glue in the joints again and the drying time of glue to fix the load in an inverted position on a flat surface.

After gluing the frame is glued to the deck det. 6A, b, C. you Then need to glue the sheathing below the waterline det.S1-S10. The sheathing is installed, butt as possible without overlapping and gaps, as this affects the appearance of the model. Then stick the side of the children.S11-S14 so as to close the top edge of the underwater casing. Dock boards are made so that the bottom edge of det. S11-S13 are aligned with the waterline.

Assembled the bow 10, the average 42 and feed 29 add-ins, skylights 52, 18 chimneys, masts 37,46, gun add-ons 7,39 – everything is installed on the mounting place according to the numbering and instructions.

The Assembly of the lifeboats and boats 47-50 is made in accordance with the scheme. Ready boat mounted on the keel blocks det.22,85.

Guns 130 mm guns 40, the mast 37, 46 are preferably applied to the wall on a wooden mandrel that is relatively easy to make from slats of wood of firm breeds.

The collected guns are mounted in shields det.40P, then glued into place in accordance with the scheme. Similarly, going anti-aircraft guns and machine guns 13,51.

Assembly of valves 44 requires accuracy due to the presence of small parts, wire ropes, crane 44f can be made of copper wire of 0.2 mm followed by painting with black.

Leer and the details made from copper wire, made according to the templates given in the instructions.

Guy must be made of a thin fishing line and attach according to the General form of the model given in the instructions.

If You already have experience in building models, it is possible to equip the model with portholes, made of copper wire 0,2 mm, pre-polished, glued them to the contours of the Windows. During the service suspension and the aft bridge came equipped with the fence 2 and a removable canopy 3. 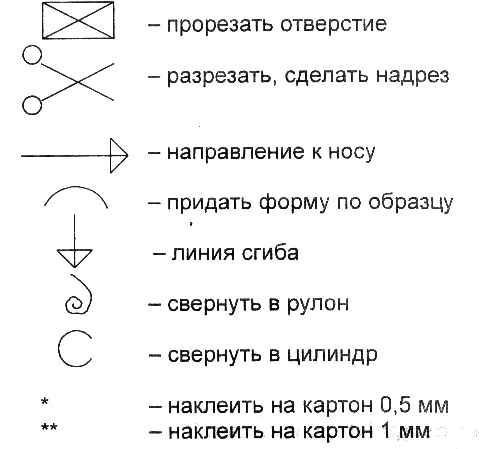 The materials to build a model of the minelayer MARTI (download)