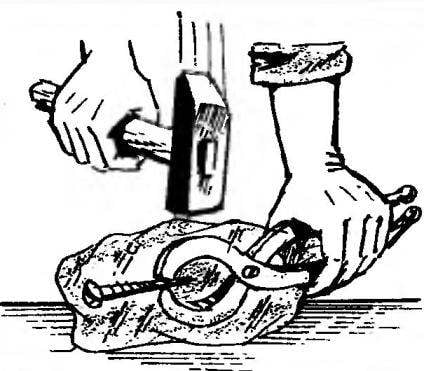 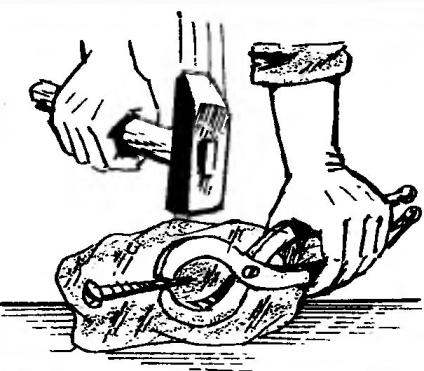 Rescue simple tongs and hammer: what is necessary “to bite off” clamped in “the beak” forceps and a hammer hit the top — enough ” to shorten, for example, a screw or a nail.
The severed ends not to pop off if the tongs while holding an item to put on a plastic bag.