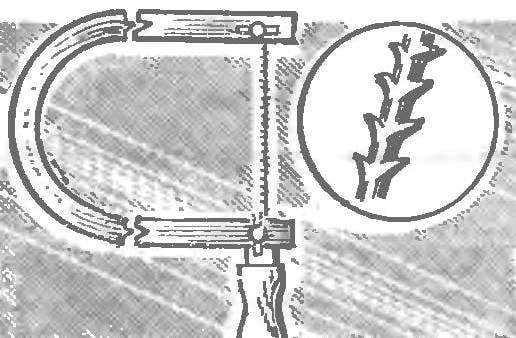 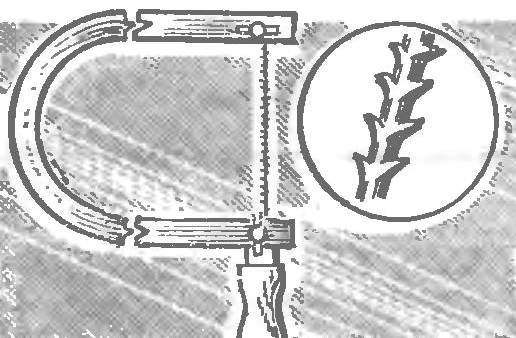 Having trouble with conventional saws to jigsaws, I decided to try a homemade option out of the wire, causing its surface subiram shallow risks. This nail file and is on the planned line, and is a long time. But if blunt — how long to apply the new indent. In addition, work has become easier: the direction of cut is not changing the rotation of the instrument, and the application of effort.

V. KHAKHALIN, Dolgoprudny, Moscow region
Who does not know: cutting jigsaw chipboard — a painful lesson. I took a regular cloth nozhovki on metal and cut grinded most of it, leaving a width of 3-4 mm. This blade son cut circles of chipboard and never broke it. The “modernized” canvas is suitable for materials of large thickness, there remains the opportunity to work with metal.
ZAITSEV, Voronezh
Chip saws for metal, still serve, if you insert it into the machine the jig saw. Especially useful to pass such a “short” straight pine on plywood: propyl turns smooth and neat.
V. PASHKEVICH, A. ROGANOV, Slantsy, Leningrad region