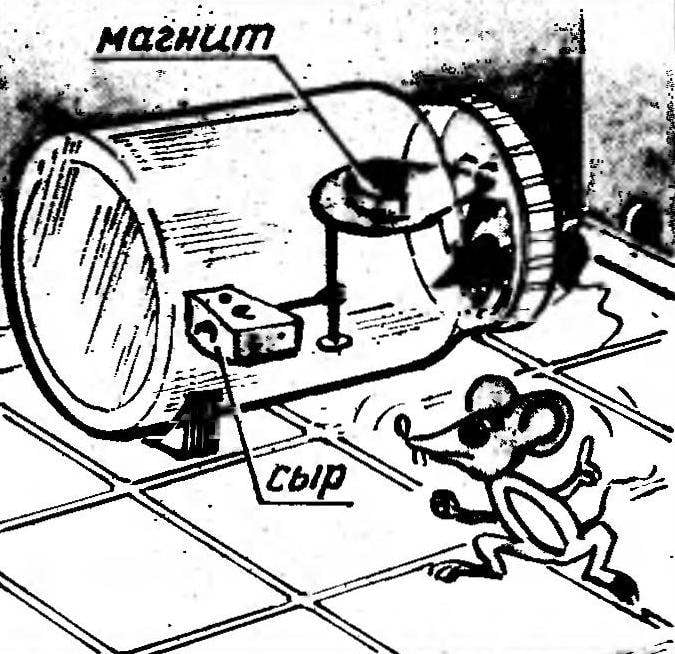 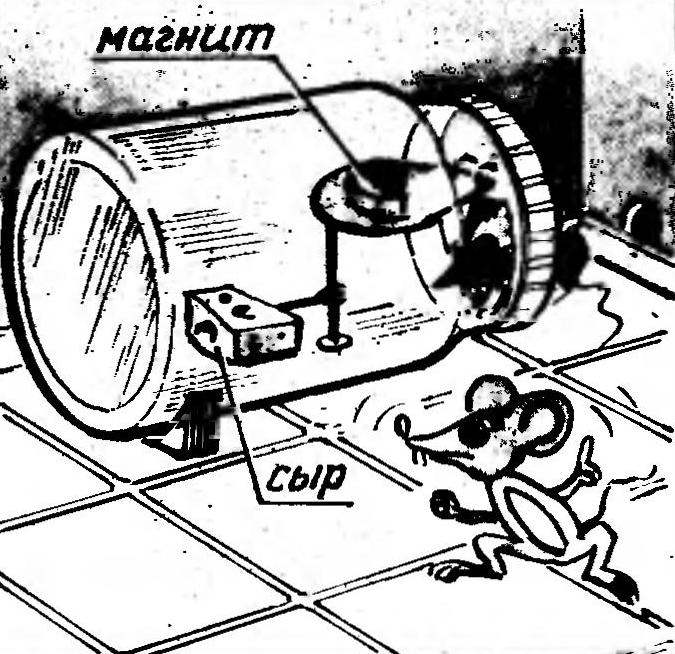 According to this principle, before doing traps for birds: foldable cover charge was based on a vertical stick-backup, which in turn was mounted on “cautious” horizontal. Cost the bird to sit on it, as a prop fell and the lid slammed shut.

I remembered this principle when it took to catch the mouse. A similar structure was arranged in a glass jar with a metal lid. And slamming the pad tightly blocked cut a hole in the lid, attached to it a magnet.
A. CHEMPALOV, Ishim , Tyumen region.