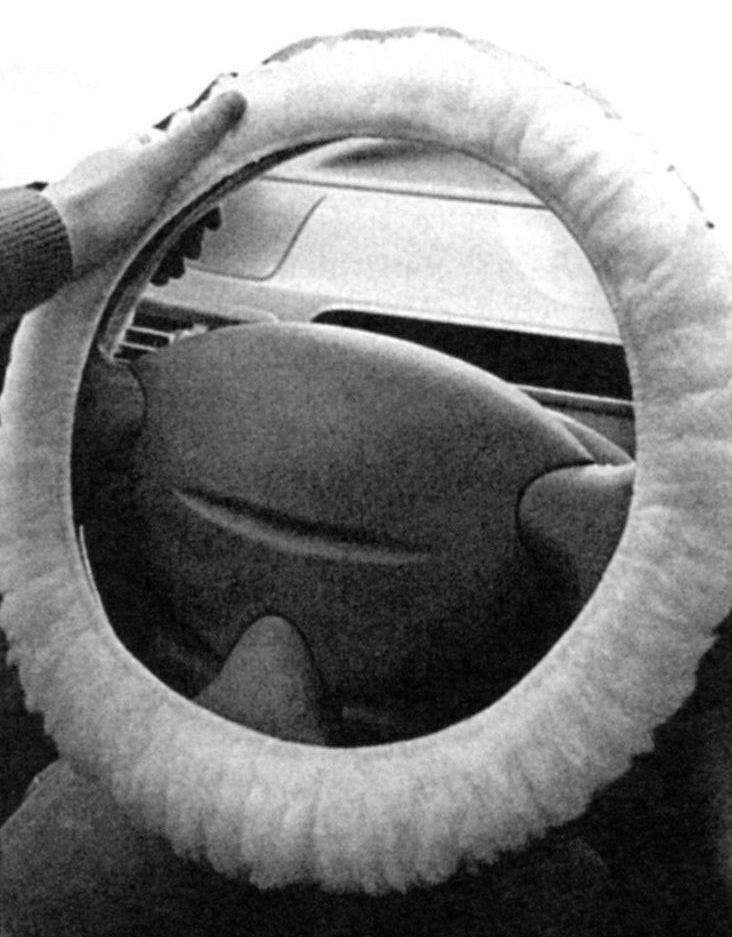 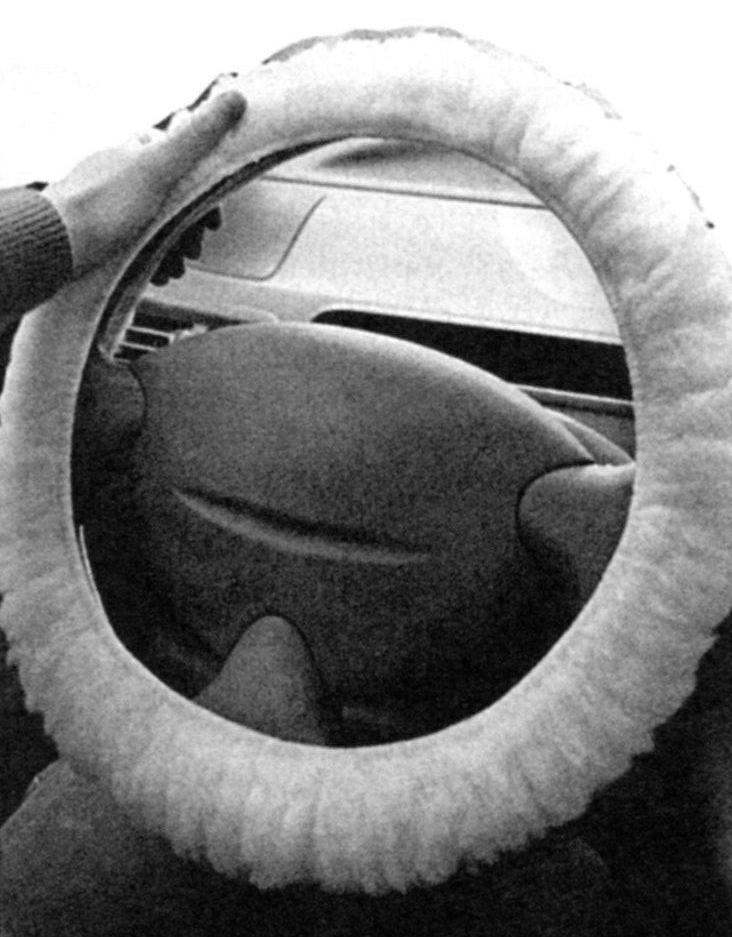 Truck drivers all over the world like to wrap the “wheel” wheel with a plastic cord or a plastic tube: rough, but it is believed that beautiful and practical hands do not slip.
Owners of cars are not deprived of thrust for embellishment and outside the passenger compartment, and inside. For such workshops especially made all sorts of bells and whistles, including covers for the helm. Presented fur the last frame – from the same series, be it recorded or performed with their own hands.