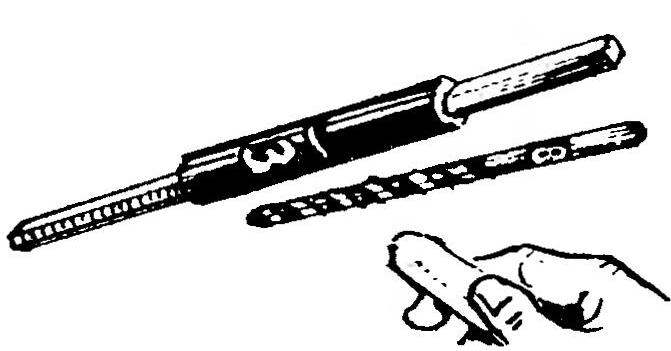 To reduce the time for selection of drills and taps the desired diameter can be, if you whiten them with chalk engraved on their shanks marking.
POLYAKOV