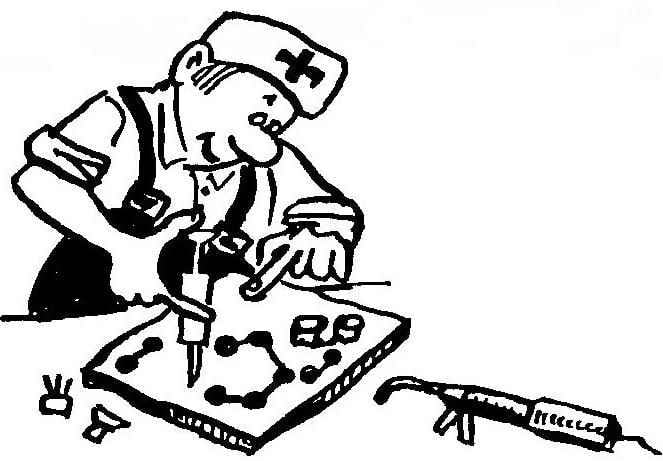 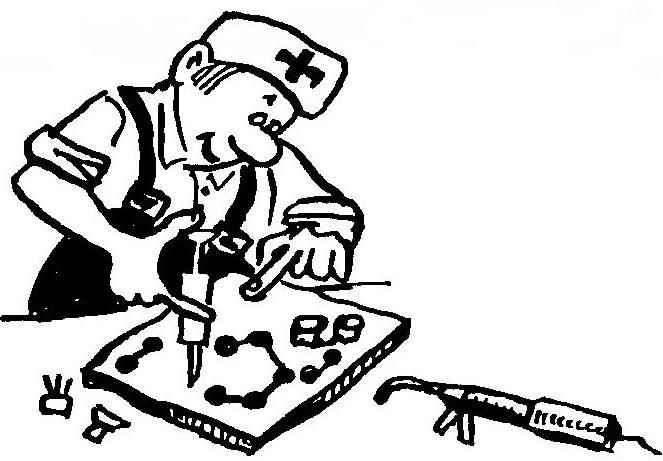 Medical disposable syringes used for injections, thanks to the efforts of enthusiasts of technical creativity began to find further applications. For example, in Amateur practice, in particular during the dismantling of electronic components with printed circuit boards (especially in remote places where there is so often no “third hand”). However, the basic syringe has to be changed accordingly (modified).

The basis of the dismantling device, developed by me, the same syringe: disposable, complemented by a round nut, spring, tip and hook.

The used syringe 2 ml, although it is acceptable and the other is designed for higher volume. However, in the latter case it is necessary to adjust the size of round nuts and springs, which in the original taken, from the survey harness plugs, the old telephone switches where it served to prevent damage to the telephone cord in place of a steep fracture.

However, spring can be improvised, made of piano-wire of 0.8-mm strings on the mandrel so that can easily enter into the body of the syringe (work diameter of 9 mm).

The tip is a dural sleeve, usually used for fastening lamella switches. Drank it along side walls of the saw blade make the blade with subsequent fine-tuning to the required size flat needle files. The end face of the ferrule, with the abutting portion of the barrel of the syringe is further treated (with slope to obtain the necessary taper!) a drill with a diameter of 4.5—5 mm.

Preparation for dismantling of the hook is the part of an old steel Bicycle spokes with curved head which mates with the bushing of the wheel. Bending and the head is ruled by the size of a sanding disc or saw round needle files. Thread M2 cut Leroy what the end of the workpiece is pre-release (heat red hot in the flame of the gas stove and allow to cool in the air), and after slicing quenched (again heated red hot and quenched, omitting any oil). 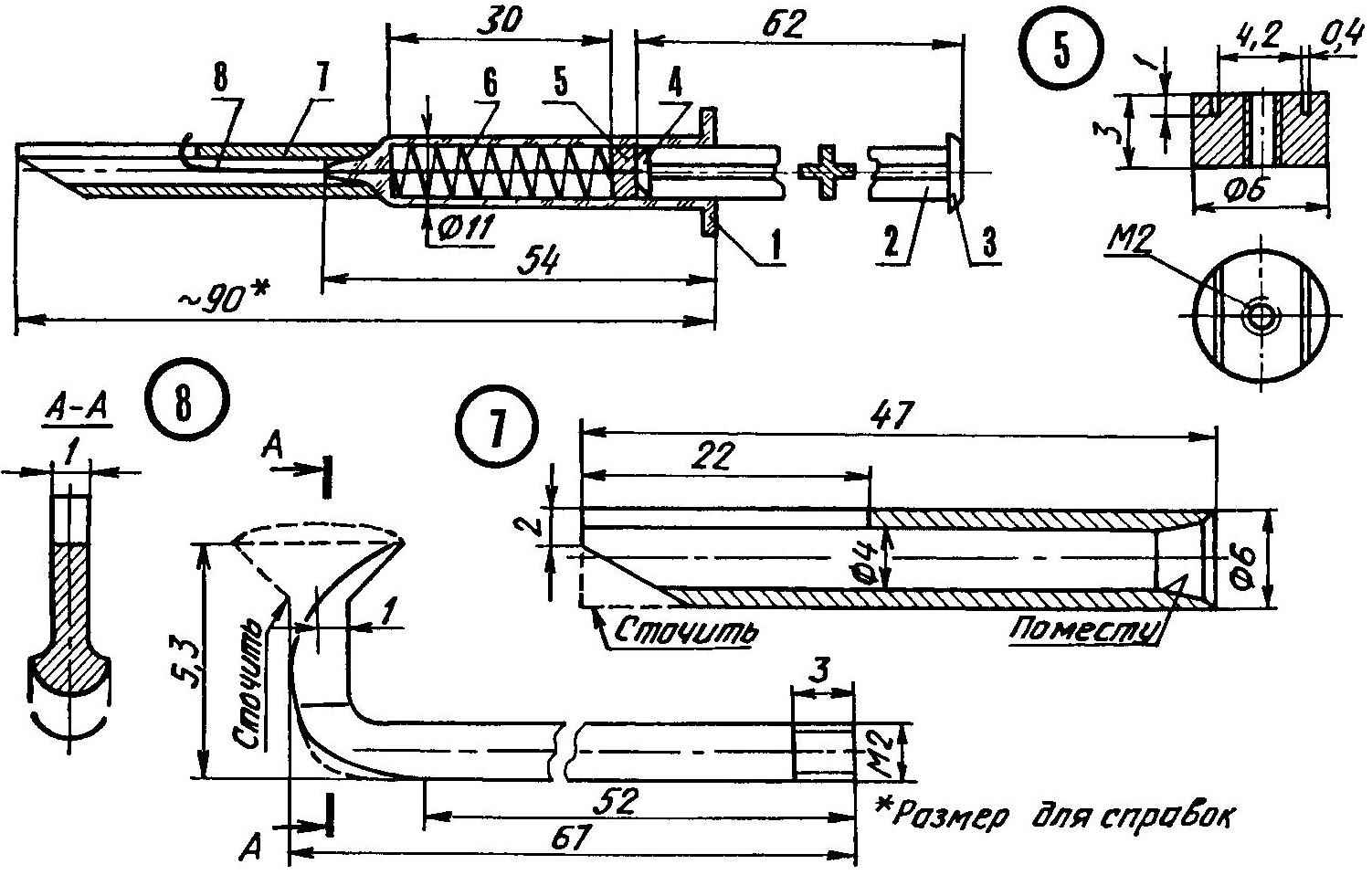 Fixture for disassembly of electronic components:

Round nut cut from a steel STZ (can pick up from the notch when punching holes). Pre-drilled hole with a diameter of 1.5 mm, then with a tap cut thread M2. The slots on the nut saws diamond needle files. Nut can be manufactured from brass or even aluminum. In the latter case it would need annealing, mechanical treatment, but subsequent annealing in any case is not necessary.

As noted previously, the dismantling device can be manufactured on the basis of the syringe with a larger capacity. Quite acceptable, for example, disposable 5-ml syringe in China. The overall dimensions of the fixture will increase slightly. Of all the necessary “components” required revision shall be subject only to the spring and round nut, the other parts can remain unchanged. Should be made another condition be sure to observe the alignment of the tip and the housing.

The Assembly fixture is quite simple and unlikely to cause difficulties even for novice radio Amateurs. Although a little advice to someone may be useful to rule out the jump off of the blade of the screwdriver from the slot when winding the nut inside the body of the syringe, preferably “tack” to use a piece of softened chewing gum.

Rules-methods of use of the device is also uncomplicated. You should clamp the syringe between the index and middle fingers directly under the “wings” of the body, and the thumb of the same hand to press the heel. Through rod and piston, and this movement will be transmitted to the nut screw articulated connection showing all kinds of crochet. The latter will be derived by the end of the tip, but not beyond it.

Crochet should be carefully to pick up demolition output, or the radio components. In this case the pointed end of the hook will abut the surface of the PCB. Now you can relax — fixture spring is held down on a printed circuit Board (not “third hand”?).

Soldering iron (just released in hand) warm up on the Board the soldering dismantled radio. It giving to drink of the withdrawal or the item itself (depending on what was interlocking hook) is released immediately decompresses the spring.