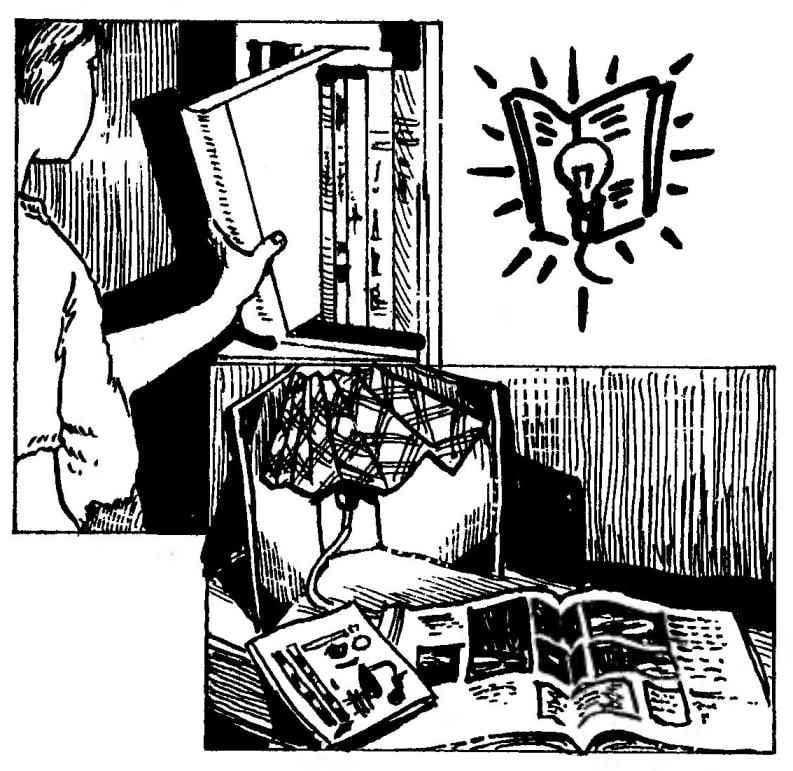 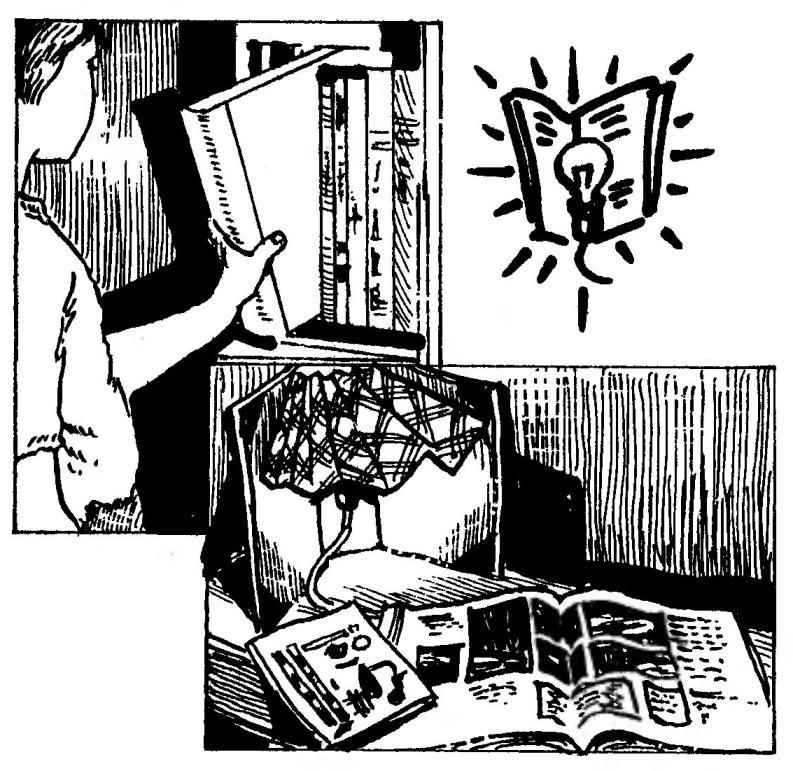 Sitting down at the table to work, you take from the shelf a thick book and open it. But what is it? She turns into… a small lamp! It turns out that the book cover hides a cartridge with a bulb, cord with switch and soft shade-accordion. Quite a bit to push the doors cover – the original and the miniature lamp is steadily on the foot, giving a smooth local light to the workplace. Hungarian journal “Earmaster” advises to acquire such a lamp it is compact and easy to use: did some work and removed a book series.

To manufacture such a light book available to everyone, since the device is very simple and does not require any scarce materials or parts.

You can start with the cover, the more that will be mounted on it. Bindery cardboard and any decorative paper of VGO fining — everything you will need for the cover. Work is no different from the usual binding. Cardboard cut brown and root, which are joined with glued strips of thick cloth or calico. The outer (front) side covers glued the decorative paper and the inside with white paper or foil: this party will play the role of reflector, for better reflection of light (because the light will “Mignon”).

Prepared cover leave to dry under pressure, and while doing the electrical part. Since it is assumed that the lamp is as close to the workplace, he doesn’t need a powerful lamp (and dangerous overheating of the cardboard base). Therefore, it is possible to take the cartridge Mignon, with a light bulb not over 40 watts.

Bindery part of the job— making the cover:

And gluing of the blank counterfoil; B — cladding decorative paper;—execution of parts of the

For the cartridge on the spine of the cover will make a simple bracket by bending it to an l-shape from sheet metal: a narrow and short horizontal part is intended for the installation of the cartridge, and the vertical wide — for attachment to the spine with rivets or screws M2. She will fulfill the role of reflector and protect the spine from overheating. The connection of the cartridge with the bracket is not difficult.

Left to form a lampshade. It can be made from the same decorative paper that had plastered the cover, or any thick type of paper. First of two glued sheets of plain typing paper cut a workpiece in a fan and laying pleats so that the wide part of the fan they were wider and to narrow, respectively. The edges of the fan attached to the cover, cut excess and use the blank as the pattern for forming the shade of the main paper. 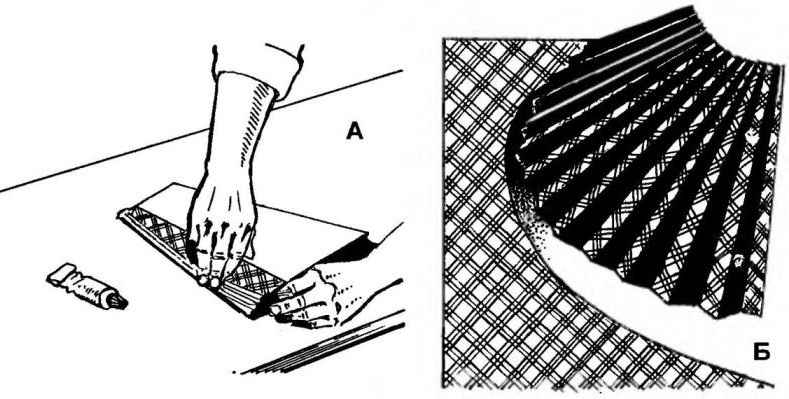 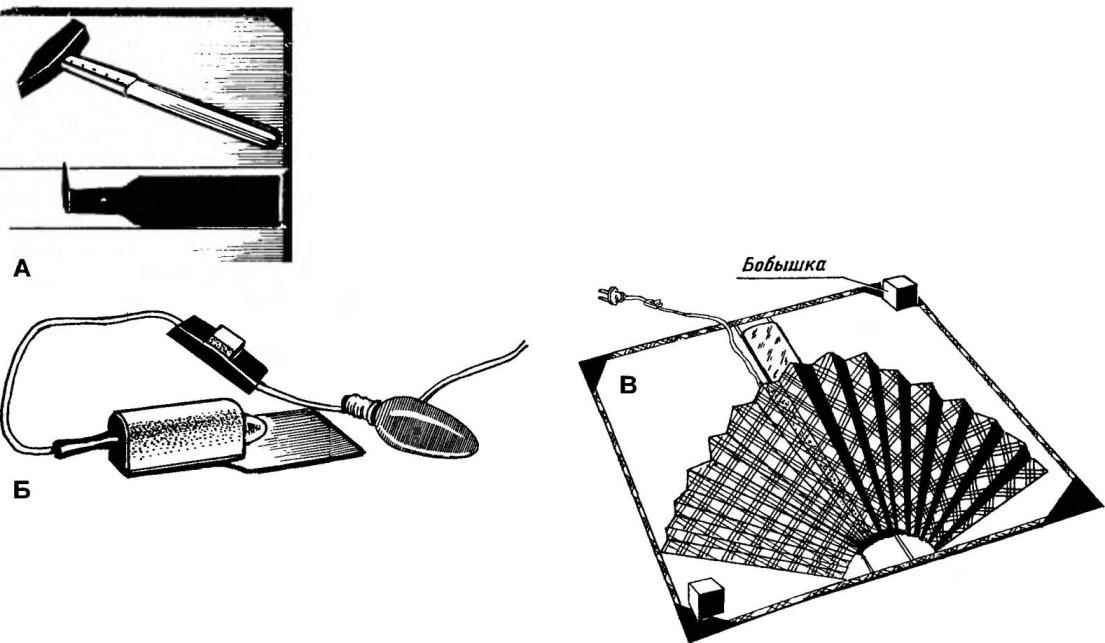 A — priklepyvayut stock to the spine;—the lighting part of the Assembly; In — ready lamp

The edges of the resulting bunching glue to both halves of the cover so that the light bulb did not strike the eye, and the spine above it in the lampshade remained a hole for ventilation. At the bottom corners inside the cover tape safety wooden lugs, limiting the convergence of the “folds” of the lamp when folding this pseudochoice.