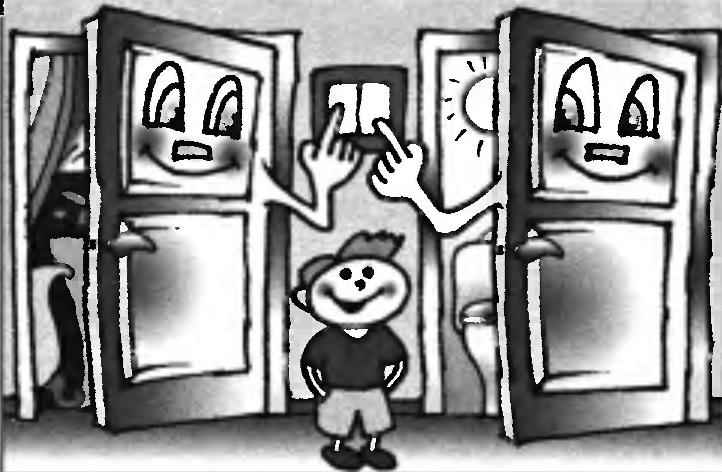 Device for automatically switching-off the lights in the bathroom (dressing) room are designed to seamlessly allow the following situations:
1. In the served room is unoccupied, the door is closed or locked from the outside, the light is not lit.
2. Still in the bathroom (the toilet) no one. However, the door is open and lights are on. This situation occurs when the mean in the bathroom (toilet) for something: for example, a rag or a bucket or to execute the cleaning.
3. Inside behind a locked door is a man and the light in this room must be turned on (lit lamp ЕL1).

Based on current specific situation and the corresponding action sequence of the automatic light control. In particular, the situation set out above under the paragraph 2 logically leads to the proposed scheme (Fig. a) simple, clear algorithm when the device (it is usually a bolt), locking the door, pressed the catch button switch SV1 (Fig. b), thus providing the circuit open relay coil K1.

And what about the “limit” SV2? Contact pair 1 — 3 it is open, as designated push-button head secured on a door (which in this case open) pressure plate bracket. The result — the relay is deenergized and lamp not included.

When the valve is moved in the other direction to close the door from the inside, the pressure on the “catch” button disappears. Under the action of raspryamitsya internal spring contact pair 1 — 2, SV1 is closed, causing relay K1 to trigger. ЕL1 lamp turns on and remains lit until the door is again open. But there already is the prerogative of a “limit” SV2. Like “the catch” SV1, it is microswitch type МП7 or МП2101. However, SV2 is not on the door itself, and on a corner bracket attached to top jamb of the door unit to be paired with a push clamp to turn on the light when the bathroom (dressing) room is open. 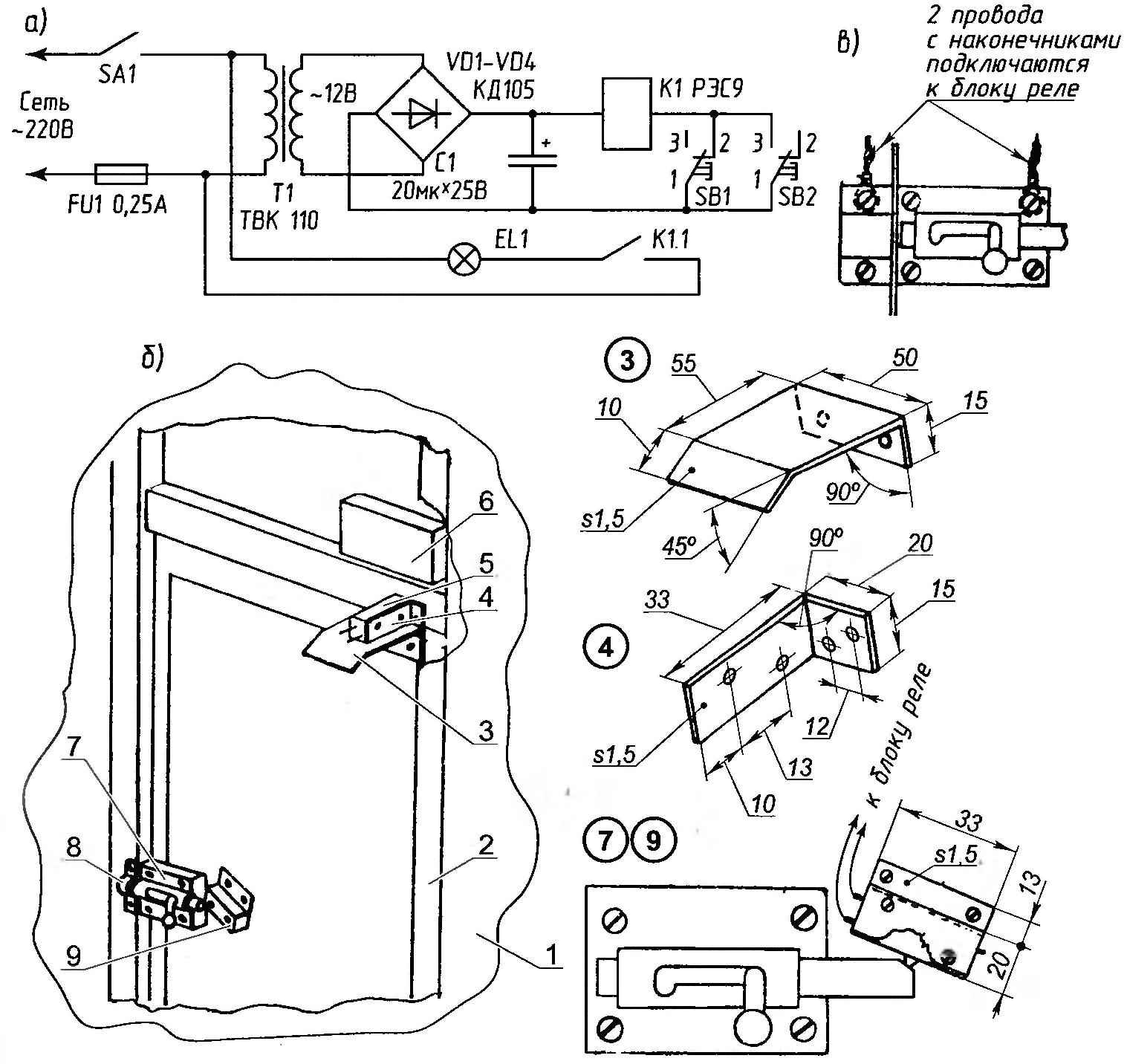 Circuit diagram of automatic lighting control bath or toilet room, especially its installation and the possibility of using a bolt instead of a microswitch SV1:
1—a wall;

Both of the improvised detail that provides proper mounting and reliable operation of the “limit” SV1, made of 1.5 mm steel sheet. Push the latch bracket is bent at an angle of 45°, so as not to inadvertently damage the button head when the door is closed.

Speaking at 55 mm above the plane of the door bracket provides retention of the head “limit” SV1 pressed together and the position of the micro-switch creates its own kind of “dead zone” of the machine to the situation when the door by somebody’s negligence is not fully closed.

It is useful to note also that the input to this device step-down transformer it is permissible to abandon the micro-switch located near the latch. It and is clear: in the absence of dangerous stress the bolt can serve as a switch (Fig. in). Such a machine works correctly from the author for over a quarter century.