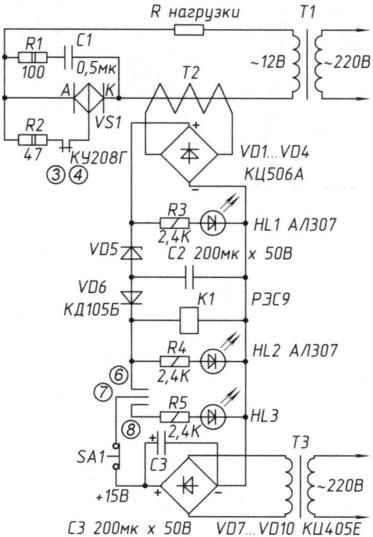 Circuit of electronic fuse alternating current, represented in the figure, protects the circuit in which the output is regulated by the triac (or just the triac operates in the mode “connect – disconnect”) by removal of the control signals when current exceeding the specified value (emergency operation).

Contacts 3, 4 open: contacts 7, 8 is also open. NL3 (green) ceases to Shine and lights up red НL2. After eliminating the cause of abnormal operation in the load circuit button is pressed ЅА1 and the protection circuit is again ready to work.

When the triac control current in the load is controlled by a pulse transformer, the contacts 3, 4 are connected in the gap of the primary winding of the transformer. Naturally, the presented fuse works in any AC circuit, even if she is not regulated by a power triac. 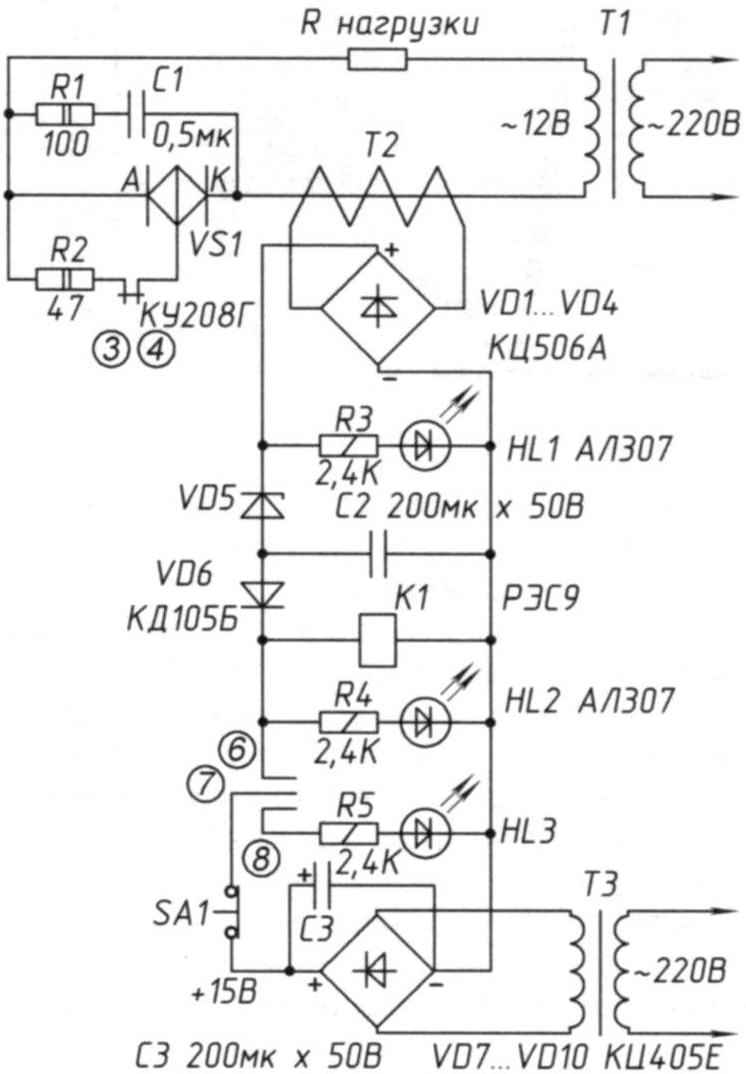 To configure the scheme used to fuse the transformer T1 of the type TPP-287-220-50K. Connecting the load resistors of PEV value from a fraction to a few Ohms is convenient and safe to different currents. As of the current transformer T2 is used under the hand of a small transformer. Leaving him only the primary winding (the coils 2740, PETV-2 diameter of 0.125), the secondary winding removed and wound with 8 turns of wire mgshv-2,5 (the numbers indicate the wire diameter in mm). These 8 turn and made a winding of the current transformer. Its power is a few watts (iron Ш20х20). The transformer TK is the same as T2, but the secondary winding gives 15 In left to power the relay K1, when it smoothfaced. Button ЅА1 — type KM-1 (used its contacts 1 — 3). LEDs НL1, НL2 — АЛ307 (either the last letter) red. NL3 — green (type unknown to me — erased markings).

Besides, who wants to use the proposed idea of the fuse, you must use the literature [1].