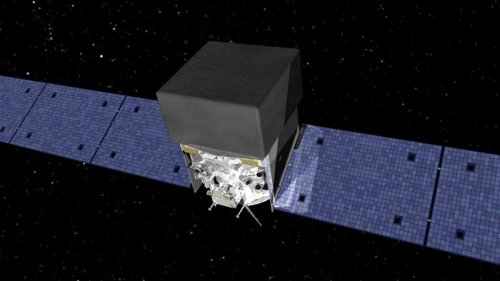 Around the Earth discovered belt of antimatter.

Likely that You can Wake up and not wonder what happens to the protons that are born as a result of a collision of powerful streams of cosmic radiation with the upper layers of Earth’s atmosphere.

But on Earth there are people, though few, are in search of an answer to this question lose appetite and sleep. Now their house is the holiday, astrophysicists caught in the magnetic trap of the spacecraft PAMELA a particle of antimatter that forms around our planet belt, consisting of a small number of antiprotons.

When the powerful cosmic rays emitted in the space, mainly the Sun, reach the upper layers of Earth’s atmosphere, the processes, related processes, which “dabble” nuclear physicists using particle accelerators. As a result of collision of high-energy particles, which accounted for most of the cosmic radiation with nuclei of atoms of the Earth’s atmosphere, created a flow of new particles, among them there are particles of antimatter. Exactly the same particles, scientists register and accelerators. 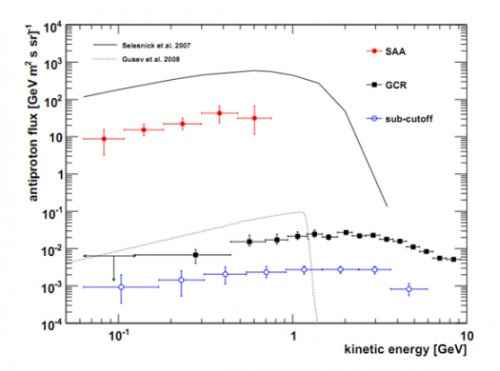 Scientists have long believed that the main mode of antiparticles produced in the upper atmosphere are protons. But to prove or disprove this fact was not possible due to the short life time particles disappear in a flash of gamma radiation, colliding with ordinary matter. Theoretically, all antiparticles had to be trapped in the Earth’s magnetic field and form, albeit sparse, but the cloud of antimatter. But as scientists tried, evidence of the existence of such clouds obtained experimentally was not.

To search for antimatter in outer space, in 2006 was launched the spacecraft PAMELA, equipped with a special magnetic trap is able to capture and retain particles of antimatter. This device each day passes over the area of the Brazilian magnetic anomaly (South Atlantic Anomaly), which is part of the van Allen belt, radiation belts of the Earth. This area is significant in that it is dropping the most intense flux of cosmic rays. And eating these rays cause the creation of antiprotons, the location of the anomaly, their concentration must be high enough.

And now, after the analysis of data collected during the 850 days, it was found that the trap apparatus PAMELA managed to catch 28 antiprotons in the region of the Brazilian magnetic anomaly. This number far exceeds the number of protons that can reach the Earth through space with the solar wind.