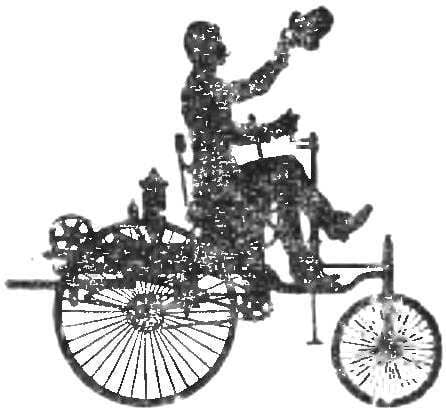 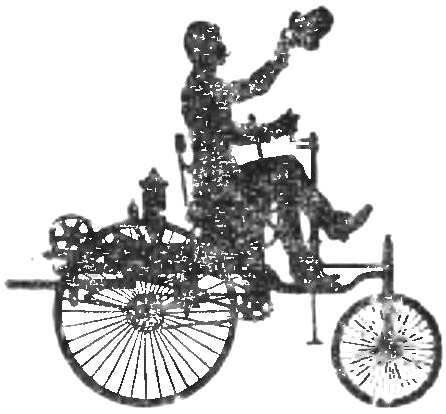 The shamshurenkov, Kulibin… they started the story of “the uncrowned king” of the XX century — the car. With them and would have to start our story about the “car-themed” in philately. But… their car is still shown in the post thumbnail. Designers of later times were more fortunate. Here, for example, promobil J. cugnot — tricycle. Where now most cars is the engine, stood a two-cylinder steam engine.
Steam from the boiler rotates the front drive wheel, and the man who serviced the car, had to foment and maintain in the furnace of fire (French for “heat (furnace)” — chauffer, that’s where the name came from the profession of the driver of the car) . This promobil depicted on a stamp issued by the postal Agency of the state of Mali.
Following France car designed in England, Russia, and Czechoslovakia. But the steam engine on the car had more disadvantages than advantages. Designers were concerned with cost-effectiveness, mobility. They tried the gas engine elektrobatarei… a True revolution has made the internal combustion engine, which was invented in 1876 German engineer Nikolaus Otto. The era of creating user-friendly cars. German engineer Gottlieb Daimler designed this engine to a single three-wheeled cart. In 1886, the people of Kronstadt saw the car of Daimler. In second gear it is for hours overcame 18 kilometers. The car Daimler has dedicated a postage stamp in Germany and in the Hungarian people’s Republic.
In parallel with Daimler (not knowing about his work) on the car with the internal combustion engine worked by a German mechanic Karl Benz.
French firm Peugeot has started to produce these machines since 1891. One of these cars, the type of “vis” (the French phrase vis-a-vis — face to face), you can see on the Hungarian Marche 1970 and the stamp of the Republic of San Marino 1962. The designers of the company “Peugeot” sought to use the useful area of the car to put on the car three passengers, excluding the driver.
Mark of the Republic of San Marino is only a part of a large automotive series. In total there are 15 miniatures depicting the models of cars 1892–1910 years. Here you can see one of the most interesting French models, “Panhard-Levassor” in 1895, and the first cars built on the American continent. They are also depicted on the stamps of Monaco 1961 and Mali 1969.
In 1892 in the United States its first car built by Henry Ford, but their industrial production it started with in 1903. Car Ford with a two-cylinder engine producing 8 horsepower can be found on stamps of the United States, Monaco and Hungary. 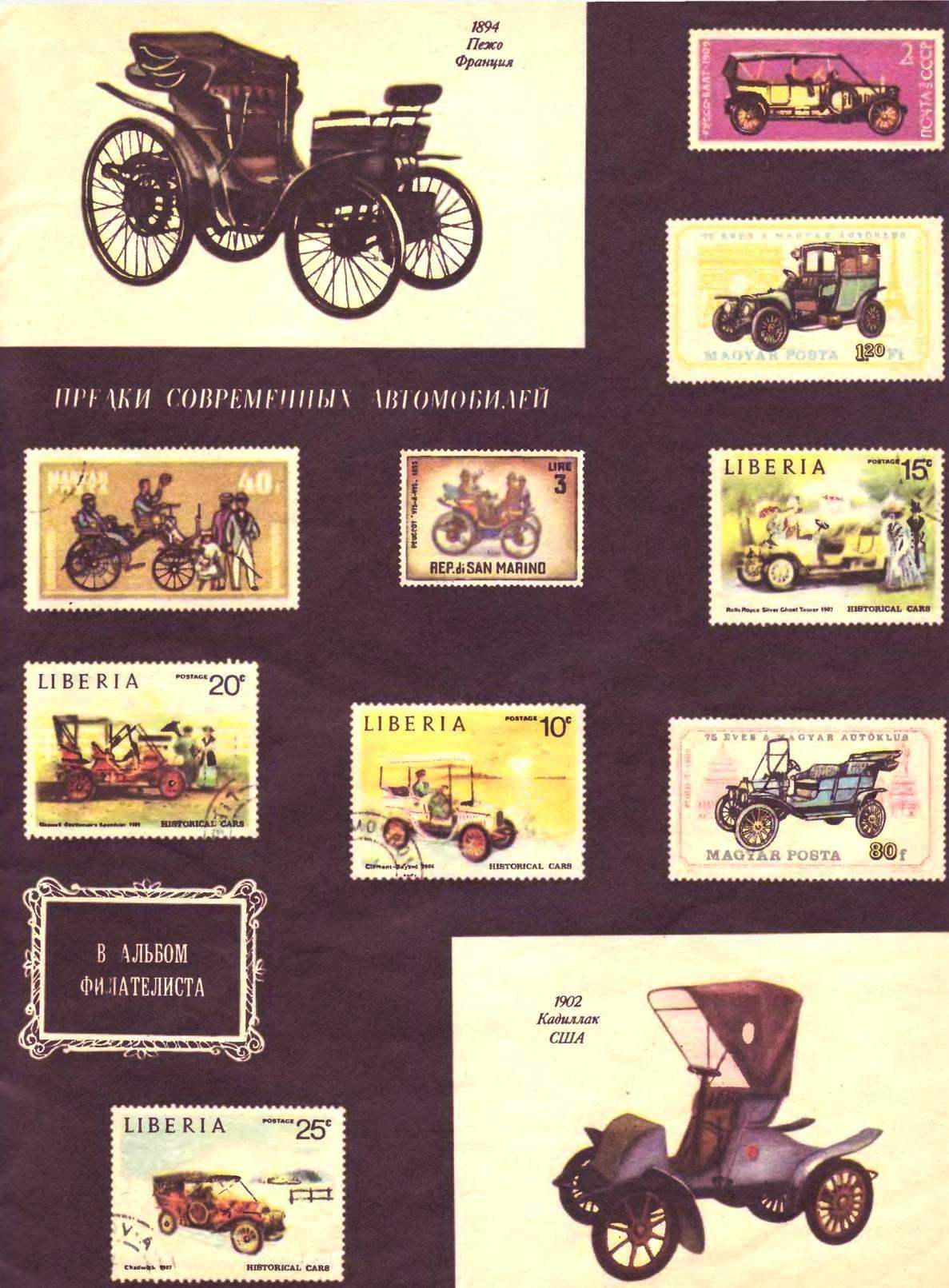 Came the XX century is the century of a true flowering of the automotive industry. In the first decade of the cars produced are the world’s largest monopoly as “Ford motor” (USA), FIAT (Italy), “Renault” and “Peugeot automobile” (France). Started competition for markets. This has led to improving the design, improving reliability and efficiency, application of new cladding materials to improve the layout and interior.
In 1908 the factory in Detroit built the car “Ford T”. She was in great demand and was in the series until 1928. Car twice, in 1970 and 1975, depicted on the stamps the post office of Hungary. In 1975, “Ford-T” was featured in the series “75 years of the Hungarian automobile club”.
It is interesting to note that almost all the models of the first and second decades of the twentieth century was produced with bodies of type “cabriolet” and “Phaeton”, for example “rolls Royce silver Ghost Tourer”, “Clement-Bayard”, “Chadwick”, “Stanley steamer”, “Cadillac”, “Maxwell gentleman’s Speedster”. These cars can be seen an interesting series of stamps of the Republic of Liberia.
As time went on… I Began to progress and the Russian automotive industry. At the Riga Russian-Baltic wagon factory began small scale production of passenger cars “Russo-Balt”. This machine is shown in the post thumbnail of the USSR, released in 1973 in the series “History of the domestic automotive industry”.
In 1911, the “Russo-Balt” received “baptism of fire”: in the run Petersburg — Sevastopol, he took second place…
The first occupation of the car was a cab. Years passed, and he found hundreds of specialties. The car fought and helped to build a power plant, hurried call for help to the sick and brought in clean.
Postage stamps of different countries of the world have captured the multifaceted activities of the car to the service man.
A. MILES