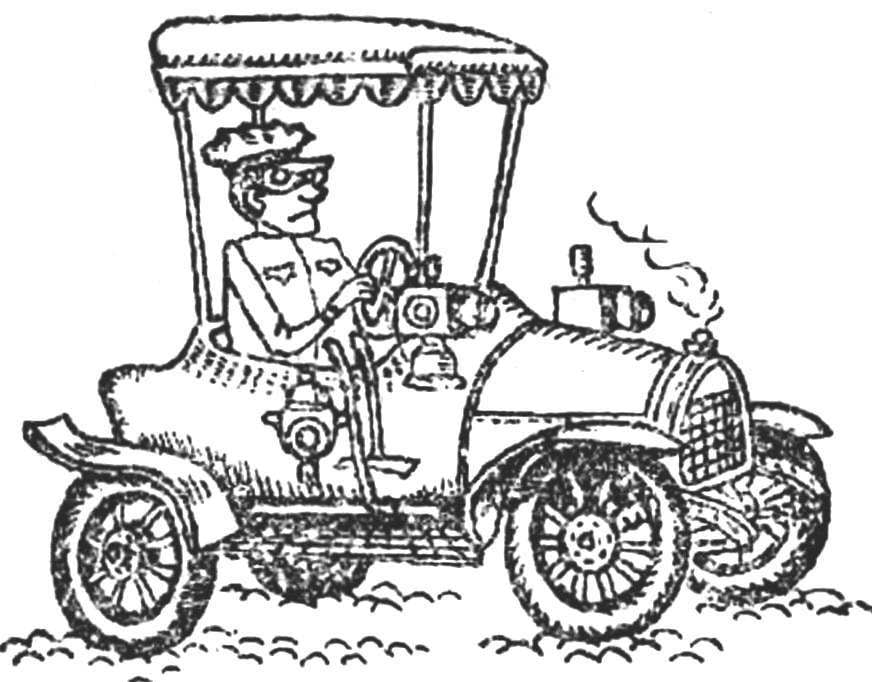 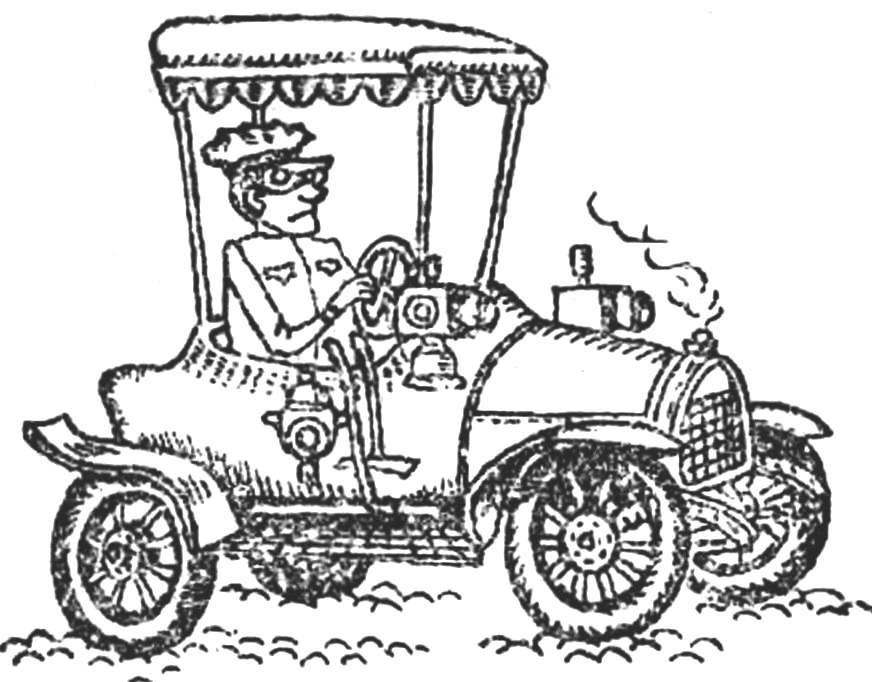 The culture of the people is determined by how it relates to their past. Of A. S. Pushkin.
On the exhibit immediately drew attention. And boys, who know what’s what in this world, and the power adults, being unable to forget his long-standing affection for the small toy. And respectable newspaper, who saw the exhibition something significant and require a serious relationship. The book reviews were generous words of appreciation: “the most Useful information for fans, a balm for the soul for admirers, valuable insight into the history for beginners and a good start for the promotion important creations of the late XIX — early XX century…”
Eleven-year-old Denis Bugs does not hold back his enthusiasm: “I would like to assist in the preparation of such exhibitions”. He was echoed by a decade of Maxim Bags: “I design many models. I will be glad over time to show their work.”
As a final chord in the chorus of grateful voters perceived the words of the honored teacher of RSFSR G. N. Gracheva: “the Exhibition teaches in-depth attention to thrift and serious analysis of the practice of life. This exhibition should be made permanent”.
…Blue, red, yellow — multicolored cars. Look at them as if through inverted binoculars. Or from the height of the Ostankino tower. Through the glass stands you can imagine the town square and there’s a parade of cars. Dealership history, made to scale, allowing to place dozens of cars on one square meter.
— Note — one of the organizers of the exhibition, D. V. Kozlov, stopped at an old “Russo-Balta” C24/40 Have the same one that was built at the Russo-Baltic carriage factory and was one of the most popular and reliable domestic cars.
A number plate with the inscription: “car Model “Russo-Balt”, manufactured by Saratov plant according to the drawings submitted by the club “Rangers Oldtimers”.
Kozlov is clearly proud of this fact. And suddenly, as if remembering that we are near him, says:
— By the way, your journal “modelist-Konstruktor” helped us. Remember the publication in 1974 of “Russo-Balt”? Since it all began…
“Russo-Balt”, AMO-f-15, US-1, GAZ-AA family “Muscovites”, “Win”, KrAZ-255, KAMAZ… Before us is pressed into a miniature history of the car industry. For brevity established notions of beauty and appropriateness, frozen in time, in the real thing, the idea of man. And see live avtokonstruktor, his character, his complicity to the fate of the Fatherland, the serious business of our fathers and grandfathers. Next comes the history of the country entering the new century, new concerns and problems…
The hall became a man. Gray. In the right hand crutch, left hand holds the shoulder of the boy.
— Hello — quietly, shyly, slightly bowing, — I would like to see…
Like life’s broke into the exhibition hall. Flooded everything. Forced to turn away from the stands, posters.
A scale of one to ten! In human hands the car is stitched with bullets, with peeled paint, a crumpled radiator. In the back of the straw, right door hanging on one hinge. In the windshield bullet holes — in the top left corner! One, two, three…
It looked this GAZ-MM thirty-seven years ago, in that last battle. Not a factory option, not off the Assembly line. From the battlefield, from the front. From the right of the door is starting to slip a driver.
REM Nikolaevich Ulanov went on a “jeep” on the roads of war. Rather, the two had a “jeep”. One hit a mine, the other came under bombing. Did not his friends cars. REM Nikolaevich left. Wounded. Alive. Pads awards on the jacket. In the hands they made a miniature car from the forty-third year. A scale of one to ten! 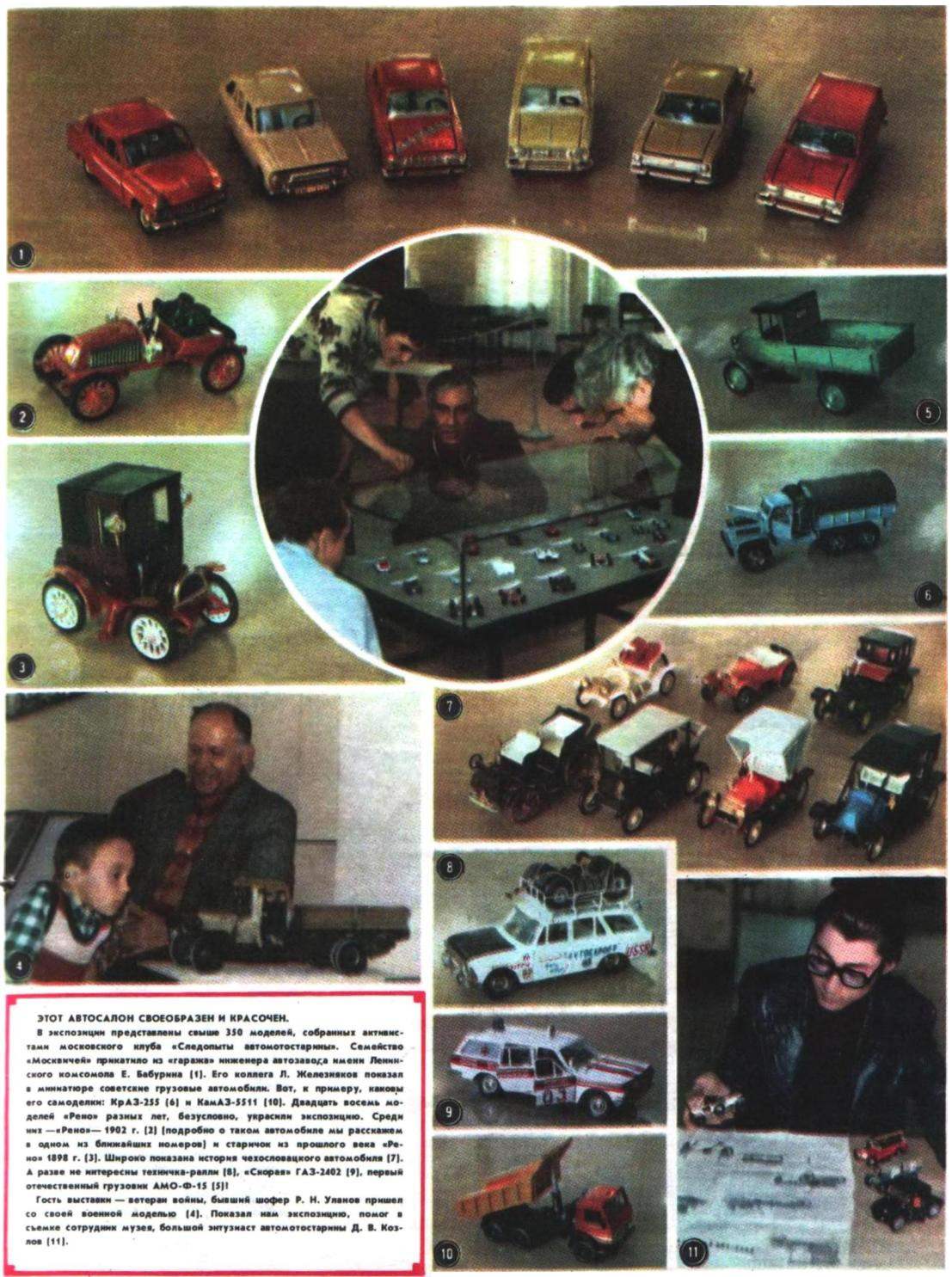 …Go around the room. The impression is amazing. AMO-f-15 under the glass. But see. It is now clear to see: parade in red square on 7 November 1924. Ten painted red truck with the logo of the AMO. The first Soviet automobile industry!
On the patch under the US glass-1… Moscow student Konstantin Sharapov created this machine in 1926. Time demanded: simplicity, light weight, cheap manufacturing. And US-1 made history as the first Soviet compact car with an unusual and very progressive design solution.
Terse guide only gradually will turn our attention to a booth with vintage posters, brochures. Or fail to fotovitrina unusual rally cars obsolete, but still graceful and resolute in our determination to convince seasoned spectators that they had the right to live in those past years…
It seems the ice “Road of life” across lake Ladoga to besieged Leningrad. 734 thousands of people were evacuated, 496 thousand tons of goods into besieged city!
And under glass Gases, Abstracts, KrAZ, MAZ, KAMAZ… per square meter the car with the brand AZLK, built up over many years. Silenced “soon”, “GAI”, fire, domestic, foreign — all that has been created by mankind over the century with the index XX — all hushed in a miniature scale.
Toy? A whim? Collecting? No, the face of human history!
Who needs it? We, adults that is not erased strokes to the portrait of humanity.
Boys. To keep the link between generations. See how they froze the glass of the booth! Not the window you see where the flies buzzing city train, and the mysterious square meter. So I want to know what happened to them…
The exhibition is organized by the activists of the club “Rangers Oldtimers” of the Moscow city Council of all-Russian voluntary society of enthusiasts. About themselves they say poster language: “SAMS is the study, promotion of the history of Russian motor vehicles: parades and rallies, rally autowatering, museums, factories, collecting materials on the history of the automotive industry (library of 3,000 volumes), contacts with other clubs of the USSR, Poland, Czechoslovakia, assistance to individual owners automotostarina”.
And next on the stand appeal: “the Cars of many brands have not survived to the present day, SAMS appealed to all motorists with a request to advise on vintage cars and motorcycles. The owners of unique photographs and documents, the owners of the old equipment visit SAMS. Our doors are open to everyone.
And in the book reviews as if in answer: there should be more such exhibitions!
E. KRYLOV