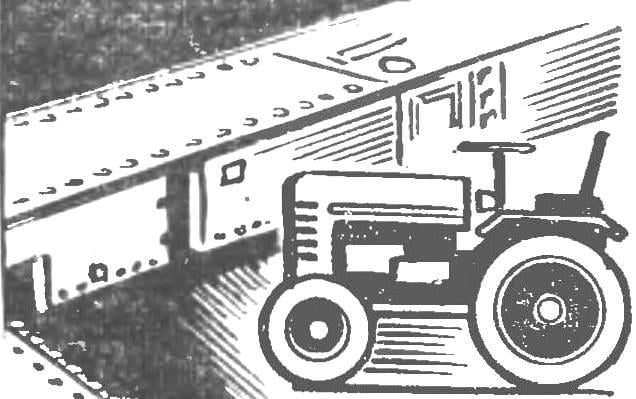 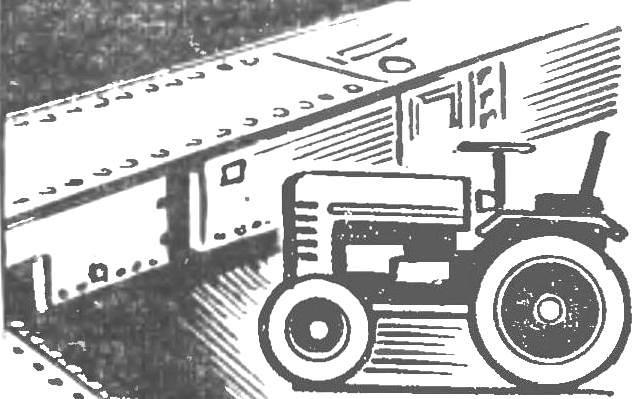 A conversation with the Secretary of Donetsk regional Committee of the Komsomol failed: Mikhail Bondarenko was enthusiastic technical creativity of youth in his native mining region. Easy, to remember names, events, and even interesting design.

In the towns and villages of the region is now developing about 30 different types of engineering work, which involved more than 100 thousand schoolchildren, boys and girls. The most widely radio circles, of course, missile, ship and aircraft modeling and simulation of industrial and agricultural machinery, automatics and telemechanics, microassemblies.
Particularly noteworthy is the appearance in the region hydrocortistab enthusiasts, designers and testers of small shipbuilding. Thanks to them, literally before our eyes, a new country in the form of water-motor sports.
The best results in the development of technical creativity achieved in the center of the mining region — Donetsk and several other cities. Here the work of the technical groups, in addition to the Komsomol and trade Union organizations, pay great attention to the education departments.
Regional station of young technicians club “UT” at the Donetsk metallurgical plant, the Committee on technical creativity of the youth of one of the country’s best mountain vocational school № 7 has done a lot for professional orientation of young boys and girls. Here not Only entice guys design, but also help them to choose future profession on the production.
And Belarusminsk high school Konstantinovsky district, young designers are creating small-sized agricultural machinery. In his own drawings and schemes they built a maneuverable tractor with the child, is able to carry loads up to 500 kg, develops a speed of 25 km/h. This machine is used for training young tractor drivers at the school.
An important role in the education of youth, development of technical creativity play summer camp of young technicians. They get together guys who already have some experience in creating original designs, and the beginners just beginning to get acquainted with the technique. There are organized work in all fields of technical creativity. Last summer, in the picturesque places of Donbass there were 25 camps of young technicians. They rested and he enthusiastically engaged in modeling, and design many hundreds of students.
Of great importance are the annual competitions and sports day in technical sports, including the Republican, in which cross-functional teams invariably lead.
In the end M. Bondarenko gave’:
— Well, at least in Donetsk. Regional station of young technicians. The club “S” at the metallurgical plant. There will show you and interesting projects, and the finished product. Try to see the thing that’s behind all this, is education of youth in scientific-technical creativity. Sometimes the results are absolutely amazing!
THE BIRTH OF HYDRACARINA
…On the spacious water surface of the pool at Myronivska TPP near Debaltsevo rush light, a miniature of the court. Drivers in white helmets and bright jackets as jockeys at the races, rising and leaning forward, as if urging hoarsely roaring their tiny boats are competition gidrotartrata. For the first time in the country.
And on the shore, at the dock, the table — deadpan with the mind of the jury. None of its members, and even none of the contestants excited now as this sports a strong, short, blonde guy who walks behind the judges. Valentin Boykov, instructor of Donetsk regional station of young technicians. And he knows all that is happening now, n fact, his business.
Difficult and slow was the way, from the article master of sports Malinowski, which a few years ago, I read a Valentine in the journal “modelist-Konstruktor”, to this happy day. The article proposed a new design of river scooter and his drawings. Based on this idea Valentin Boykov created the project improved machine — hydrocort and was able to interest her activists powerboat section. Decided to build a series of such machines and, in parallel, to promote a new sport — hydrocutting.
First was theory, then the selection of crews: a captain and a mechanic — from high school, and students — of the youngest. They built their hydrocorti, by participating in the contest best design. Won then the crews of the Genes of the Rud, a student of 9th class of school № 6 of the city of Donetsk, and Stanislaus Satuli, ninth from 16th. After the first hydrocorti Donetsk syut was tested on the water, experience Valentine Boikova adopted other young technicians — in Krasnyi Lyman, Horlivka, Debaltseve, Zhdanov, Dzerzhinsk, Kramatorsk, Torez. On the competition 20 July 1973 was released In teams — 16 hidrocaribe. And all of them built more than thirty. The winners here were the crews of Rud and Satula. They rejoiced, with the first challenge Cup. After the team was held the final competition for the individual championship.