A simple design of the airframe suggested that the German model airplanes G. Jung and C. Rosa (Fig. 1). The model has good performance and can be built athletes having small practical experience.
Wing rectangular in plan form with the balsa wingtips, presenoe. Ribs from balsa 2 mm in thickness. the Front and rear edge from the balsa of different densities cross-section, respectively, 5X7 and 2X13 mm.
A spar of pine cross-section of 5X5 mm is located on the lower contour of the profile.
The wing attached to the fuselage with rubber thread.
The stabilizer is also stacked design balsa, except the spar is made of basswood cross section of 2X2 mm. Front and rear edges of the balsa section of 3X5 and 2X5 mm, the ribs balsa veneer 1.5 mm thick. 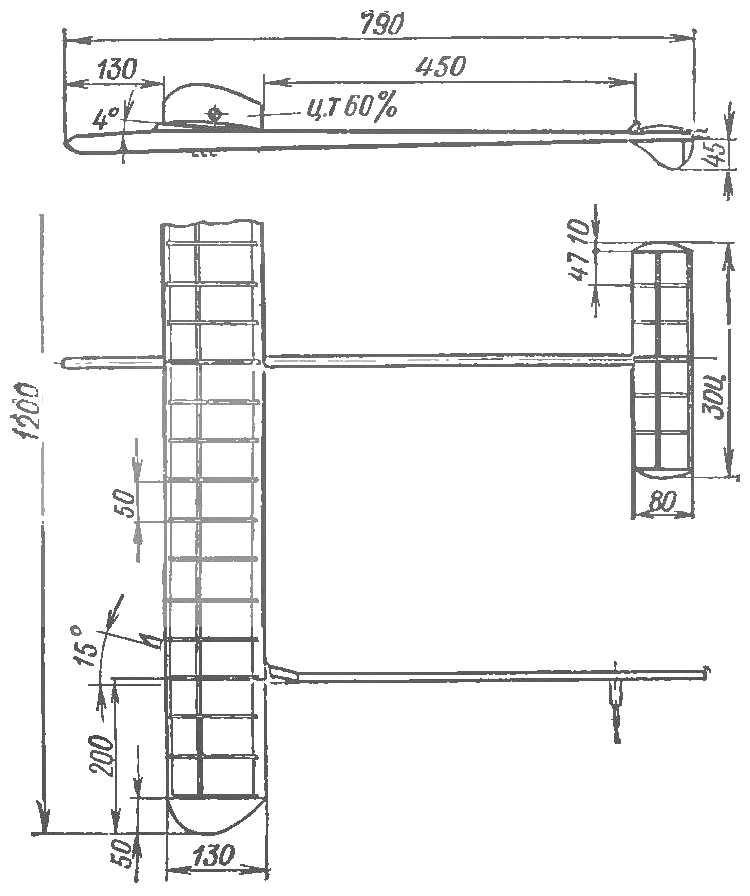 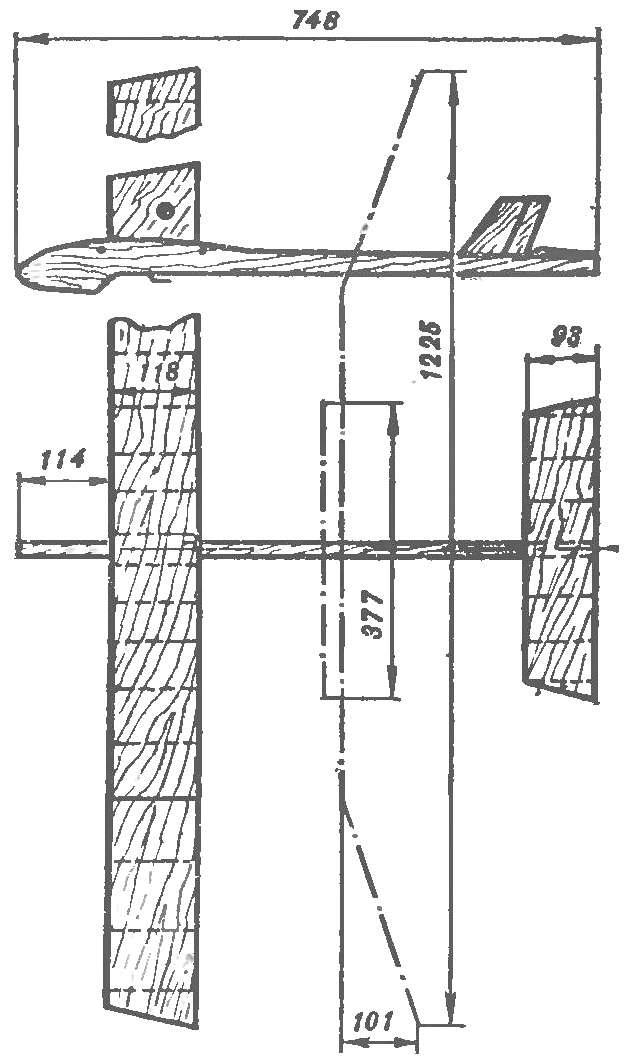 The wing and stabilizer are covered with paper and coated with nitrocellulose lacquer.
Frame forward fuselage made of plywood thickness of 5 mm, the wing goes into the balsa farm of 3X5 mm. With the sides of the frame are covered with balsa veneer with a thickness of 5 mm. sites for attachment of the wing made of plywood. The keel of balsa plate with a thickness of 2 mm. Tow hook steel wire Ø 1,5 mm.
Unusual bird wing profile applied on the model of the “Star stream” (Fig. 2).

Fig. 1. Model glider G. Jung and K. rose; an airfoil (top) and profile of the stabilizer.

Fig. 2. Model glider “Star stream”; an airfoil (top) and profile of the stabilizer.
The fuselage, stacked, two main (balsa and pine) slats cross-section of 3X10 mm with spacers. The forward part of the lime plate thickness of 10 mm, inside lightweight. The sides are covered with plywood at the bow and balsa veneer — in the tail.
Wing zelenoborskoe veneer. Bottom throughout the scale to ensure rigidity of the glued ribs 18. Fixed wing rubber band to the support platform of the fuselage.
Stabilizer — balsa concave plate with a width of 93 mm, bottom reinforced with eight ribs. Attached rubber band.
V. ROZHKOV, master of sports of the USSR