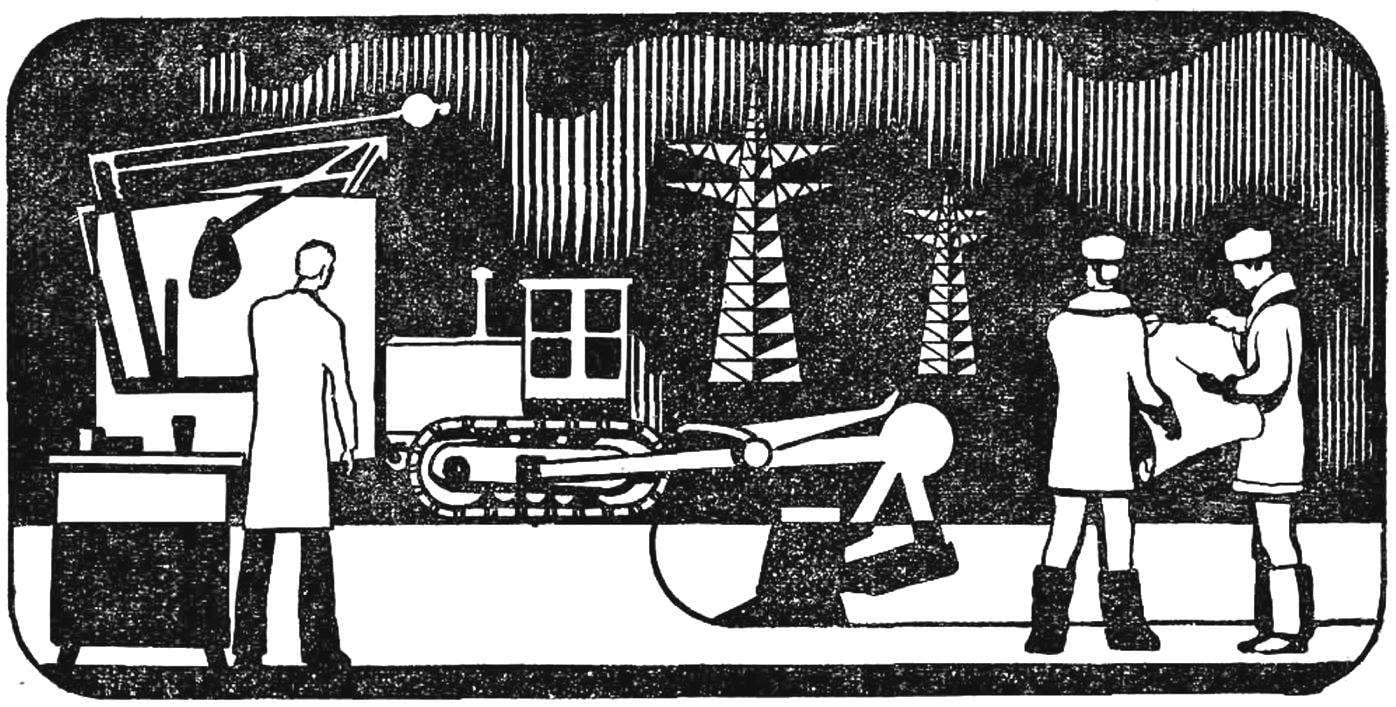 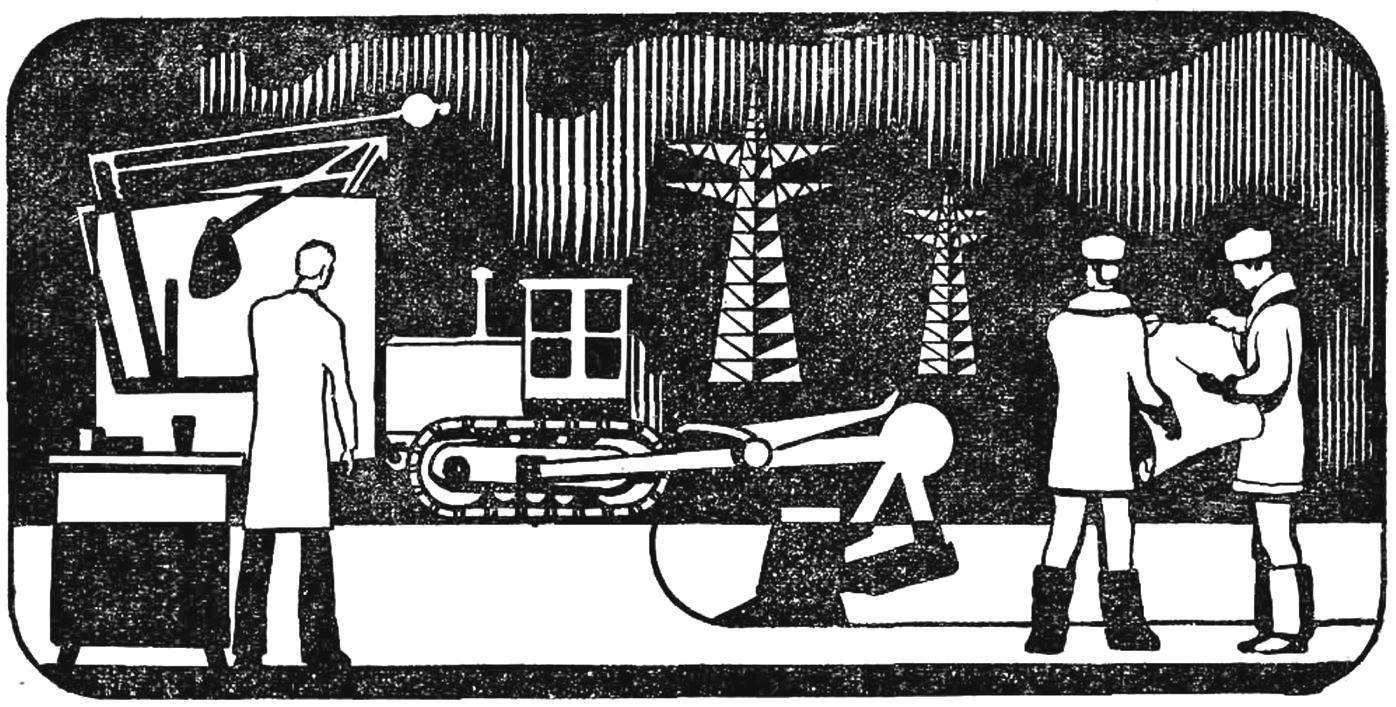 Permafrost. It’s like she belongs to another planet, land special properties… and untold riches. Under its thickness are oil, coal, ores, gas. Cut frozen shell — and treasure these will be in the hands of the people. But to have succumbed to ice, a solid, need special structures need different than usual, engineering approach.
Permafrost soils are covered on the globe 25% of the land, and in the Soviet Union — more than 10.5 million km2, or about 47% of the territory. If we take the areas where the ground is frozen only in winter, sometimes up to 2.5—3 m, they account for about 90% of the territory of our country. So the problem of destruction of frozen soil does not belong exclusively to the North.
In addition, there is not only frozen, turned from cold to stone the ground, but the stone is real rocky soils, which also have to be developed. And permafrost, and rocks together — in terms of design — one term: stronger soils. In the current five-year plan, the total amount of work on solid ground more than the volume of any earthworks 10-15 years ago.
For destruction of solid soils used a variety of methods: explosion, ultrasound, high frequency currents, thawing, burning, hydraulic fracture chemical methods.
However, the most common mechanical destruction of the soil using special machines. Not coincidentally, the all-Union they are shown at the sites of several of the pavilions — from the section of “Construction” to “Irrigation and water management”. This technique for frozen and other solid soils can be divided into three groups.
The first will include machines for the development of areas of pits, digging of canals and large ditches. It is mounted rippers in industrial tractors: machines and vibro shock action (impact drop-weight, vibro machinery, etc.), devices for cutting in the soil cracks with the subsequent development of excavators or bulldozers (slit cut into a kind of earthen saws — bars or cutters).
The second group of rotary and chain excavators for digging trenches (we talked about them in issue No. 7 of 1974). And third — machines for drilling in frozen ground wells for blasting, pile foundations, poles and masts and power lines.
The best — from the point of view of energy consumption — machine, operating on the principle of breaking off large pieces, wedges, digging into frozen ground. To machines of this type include rippers. They remind powerful rakes or plows, ripping up the soil to a predetermined depth.
MULTI-TON “RAKE”
Mounted rippers are becoming more widespread as machines for the development of frozen soils. And this is no accident. Output grows and the power of the tractors, which are the base machines for the rippers. And since the ninth five-year plan greatly increased the production of heavy tractors, will expand the base for creation of new rippers.
The investigations showed that the tractor with the capacity of 300-400 HP in a continuous movement can loosen the thickness of the frozen soil to a depth of two feet. This method, and is used in the development of frozen soils on the objects of large area — airfields, irrigation systems, hydraulic structures.
Figure 1 shows the cultivator, constructed in Novosibirsk of the trust “KCD” on the basis of tractor at-T with a capacity of 415 HP, the Principle is clear: the machine is hung huge tooth, which she breaks into frozen ground. With repeated passage of the soil removed by the bulldozer bucket, hinged at the front. Suffice it to say that weight only Ripper 8 tons, to imagine how powerful this technique is. In one hour, this unit is capable of processing up to 50— 80 m3 frost-bound earth.

Fig. 1. The Ripper on the basis of tractor at-T

Fig. 2. Ripper D-576.
There is a Ripper with three teeth, such as D-576 (Fig. 2) manufactured by Bryansk factory road cars on the basis of tractor T-180. His performance is somewhat below the depth of cultivation medium tooth more — up to 0.7 m.
The use of powerful tractors and tractor-mounted rippers convincingly demonstrated that in many cases more profitable to loosen the frozen ground, rather than to destroy it. After the explosion, the soil lies in large pieces, remove them only to excavators. Ripper also distributes the soil evenly, for cleaning you can use more efficient machinery — scrapers, loaders.
One of the best local rippers — D-642АС in unit bulldozer D-572С and the tractor DET-250M. This machine with the diesel-electric drive differs from the basic tractor DET-250, that has a strengthened casing of the rear axle for attachment of the cultivator and the special caterpillar tracks for more of the cleats to increase traction. This unit is produced in the Chelyabinsk factory of road cars of a name of Kolodenko. It is used for the development of frozen soils on large areas: during the digging of pits for residential and industrial buildings, construction of hydraulic structures for open-pit mining in the extraction of building materials. Power engine 300 HP Transmission: Electromechanical. It remains to add another expressive figure: the total weight of the machine with a tractor and a bulldozer — 376 thousand.
BUCKET… WITH A JACKHAMMER
Of course, it is good when a powerful car with all its weight and power of the motor sinks its teeth into the frozen ground. Well, is it possible to do otherwise: the teeth themselves to make more active, so they hit on the ground, shattering it? Did not need very powerful units, and the efficiency will be as high.
This principle is used to create the rippers with active working bodies. In one of the proposed structures (Fig. 3) the shank of the tooth has a pendulum drummer. Ripper is hung on the tractor T-100 has a frame 1 on which are fixed front 2 with the working body 3, which is based on the ski 4. Drummer 5, pivotally mounted, is raised by a hydraulic hoist 6. Descending, he hits the shank of the tooth. The hydraulic cylinder 7 when the rotation of the lever 8 raises the working equipment and will post it on the wheels 9. 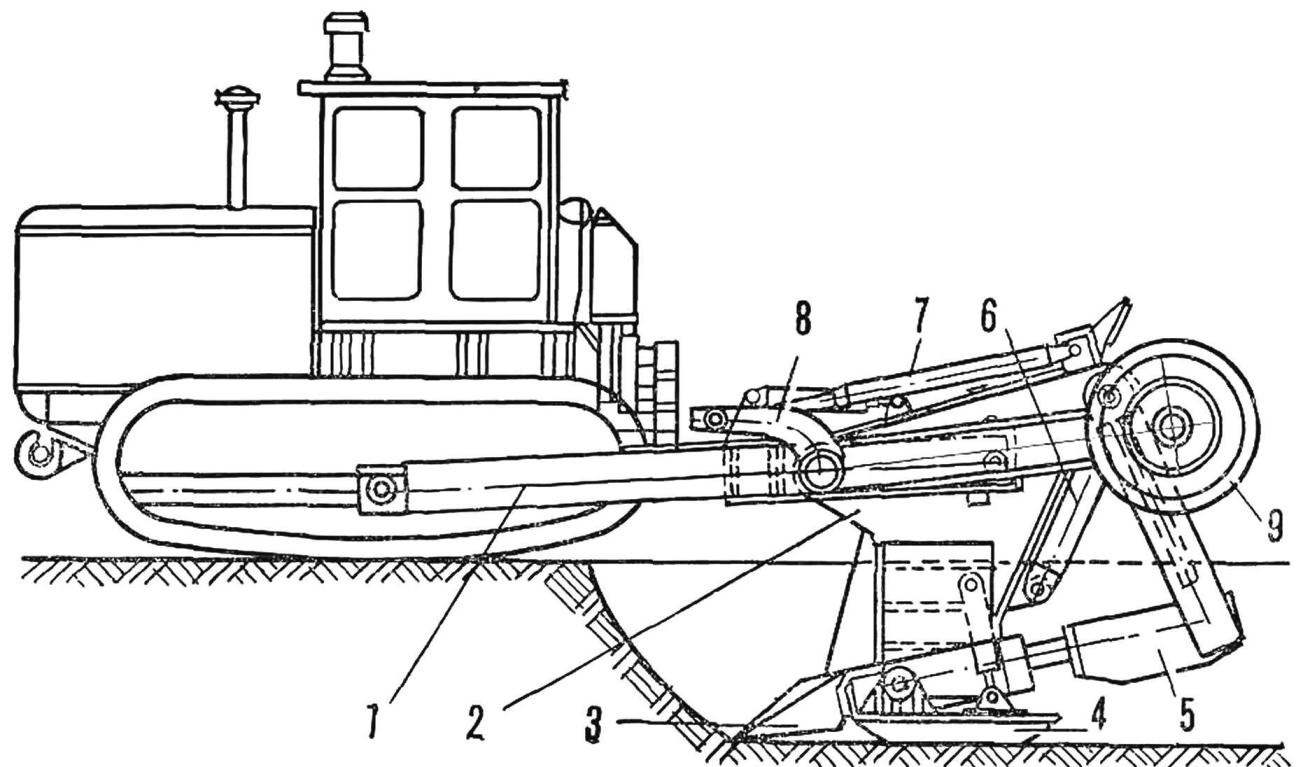 Fig. 3. Cultivator with active working body of the shock.

Fig. 4. The scheme of work of the excavator with the active bucket.

Fig. 5. Excavation and milling machine ZMF-230M for the development of frozen soils.
Already available and so-called active buckets for excavators (Fig. 4). They differ from the ordinary one on the front wall of the housing or mounted in the bottom pneumatic impactors that hit the shank of the movable teeth, driving them to solid ground. The bucket is hung on a conventional excavator boom, and the equipment enters the compressor. Compressed air through the receiver 1 from the compressor 2 is supplied through a flexible hose 3 and a horizontal pipe 4 to the directional device 5. It allows the excavator to rotate during operation. Then fixed to a support 6, the sleeve 7, the air supplied to the bucket 8 and pneumonologia.
There are other ways of destruction of frozen soil using strikes wedge-women, and ball-girls. Many of you probably saw it: an excavator boom is suspended a huge globe weighing from 3.5 to 8 t or wedge. They force fall down, rihla frozen ground. This method is also used in the demolition of old buildings. But it has its drawbacks — as a result of strong dynamic loads of the part of the excavator wear out several times quicker than usual, and located in close proximity to place of work communications are damaged.
Figure 5 shows the excavation and milling machine for the development of frozen soils. It is built in Moscow on the basis of the bulldozer T-100. Multi-point design cutter loose soil, and the bulldozer bucket on the way back rakes him in the dump or to the place of loading in trucks.
GRUNTIES
It often happens that, instead of loosen the soil in the entire area, it is better to cut it like slices, and then scrape them with a conventional excavator. To do this, in the frozen ground to penetrate the cracks. They are also suitable for laying cables.
These cracks can be obtained by using a cutter. In the Gorky Polytechnic Institute designed diskinternal machine DFM-GPI-50. Basic tractor-100 pulls a large mill, which, spinning like a circular saw, cuts a deep, up to 1.2 m, and a fairly wide gap. Per hour such car can pass a Working tool can not only mill, but also a bar: a chain attached to its links . teeth. Such structures very much. Here is one (Fig. 6) also mounted on the tractor-100. Its attachments include two bars from a mining Ironman. They lowered and raised using hydraulic cylinders. 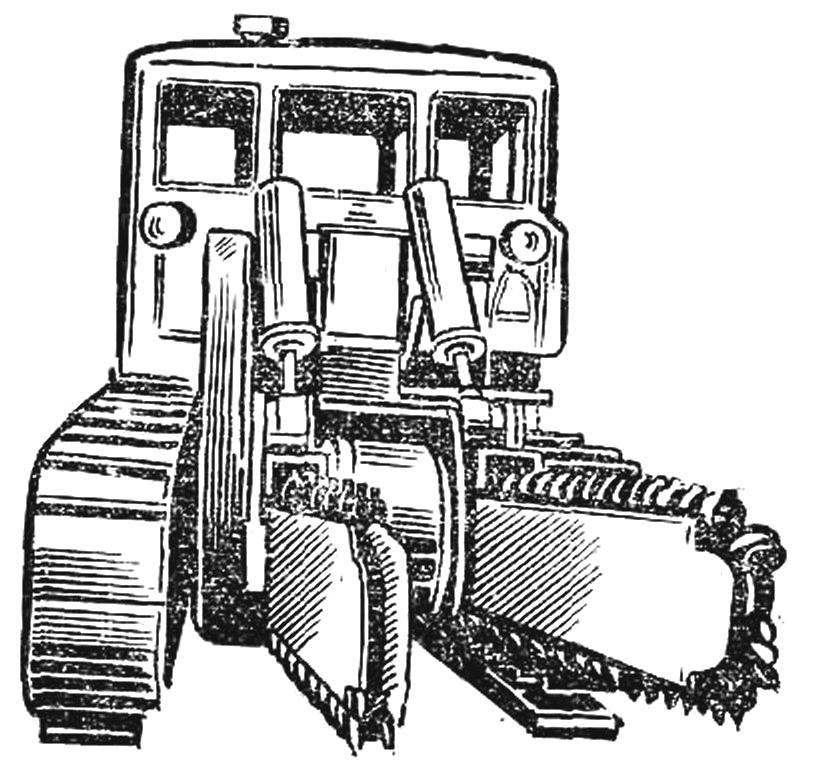 Fig. 7. Scheme Dobrovol skalolaznoj machine with a folding cutting on:
1 — motor, 2 — console-mounted frame, 3 — reducer, 4 — unit, 5 — steel rope, 6 — movable gear, 7 — head, 8 — hex shaft, 9 — the turning lever 10 to the axis of the bar 11 — cutting with mounted on a roller device, 12 — mechanism torque transmission, 13 — guide bushing, a 14 — axle, 15 — locking bolt, 16 — PTO.
Have bar cars have their own specific disadvantages. They do not work well in clay soils: clay sticks to the cutters. But for very hard soils, this scheme is good. And it is accepted as a model in the design of a special kind.
Scalarina self-propelled machine (Fig. 7) created on the basis of tractor T-100M Azerbaijani designers. It involves cutting the working body, a carrier frame movable gear, the four guide columns, PTO, winch lifting and lowering of the working body.
The crack in the rock cut a bar whose length is 5.6 m. the Movable gear actuator can be raised and lowered on the guide columns. Bar installed in the operating position via a chain drive associated with gear. The front of the machine frame is mounted. She is the counterweight to the rear end of the machine, and platform for fastening of a reducer of the winch, which raises and lowers bar.
PIERCING THE FIRMAMENT
Drilling is increasingly applied in different fields of construction. This is the most effective method of processing holes for the piles for the Foundation for transmission towers.
One of the high performance drill machines for frozen soils — self-propelled drilling-crane machine BM-802С (Fig. 8) in North version. It is designed to work in temperatures up to minus 60°. The machine can drill wells to a depth of 8 m and in permafrost. 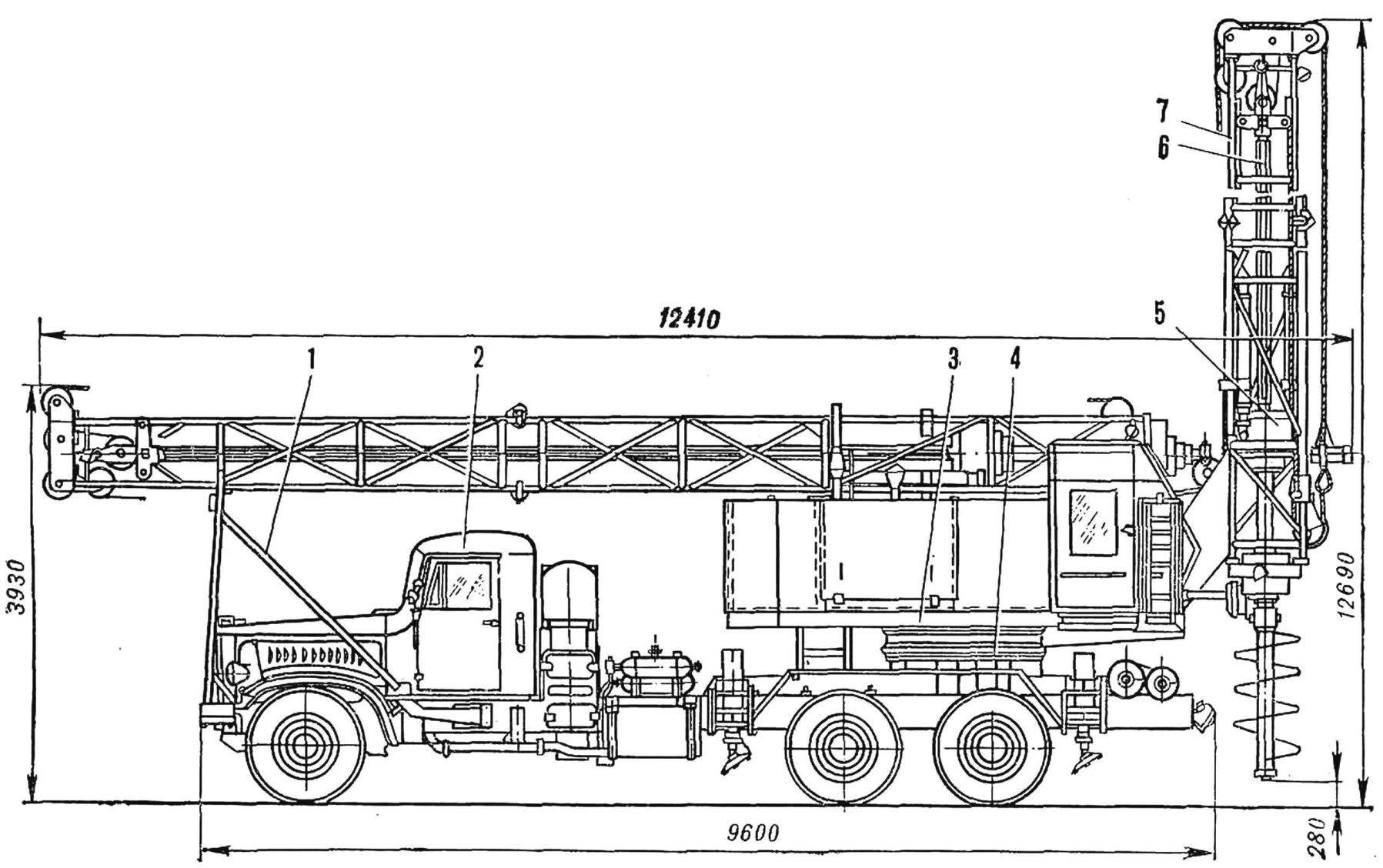 Fig. 8. Crane-boring machine BM-802С (working and transport position):
1 — transport stand, 2 — base vehicle, 3 — rotating platform, 4 — support-rotating round roller, 5 — feed mechanism of the drill, 6 — rod, 7 — rig.
Drilling and crane equipment mounted on the vehicle frame KrAZ-257. It consists of the transport rack, turntable, slewing ring roller circle, cabin, drilling tools, drilling rigs, etc. To drive mechanisms on the machine is equipped with independent engine — diesel engine capacity of 90 HP Torque from it is transmitted through a mechanical transmission to the rod. She rotates the Bur at six different speeds at different angles of rotation of the rig.
In this short review are only a few of the many designs that are designed to work with rugged terrain. Many organizations of our country engaged in the creation of such units. This suggests that the problem of development of such cars is one of the most imperious And she successfully solved.
R. YAROV