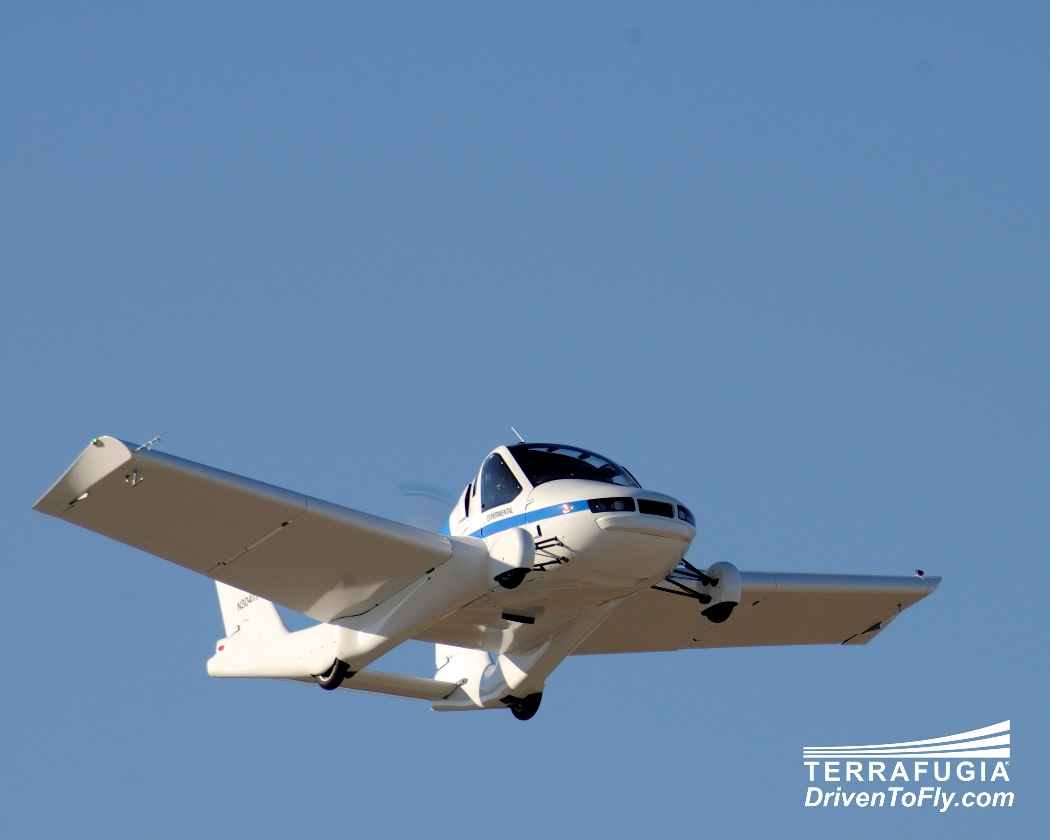 A few days after Google demonstrated the capabilities of the autopilot Toyota Prius, the aerospace company Terrafugia announced the successful test of a flying car. The prototype of the aeroplane, permission for construction was received in July last year, took off and successfully landed on March 23 in Plattsburgh, new York. Terrafugia Transition – the two-seater with folding wings that can drive on highways and flying on unleaded gasoline.

During the test flight, which lasted about 8 minutes, the vehicle reached a maximum altitude of 425 metres. After a successful test, the manufacturer announced the beginning of acceptance of initial contributions from all those wishing to acquire such a machine. The amount of the contribution is $10,000, and the full cost of Transition is $279 000. The company plans to release a flying car by the end of this year. It is primarily intended for residents of remote settlements that have small planes or often you have to use the ferry.