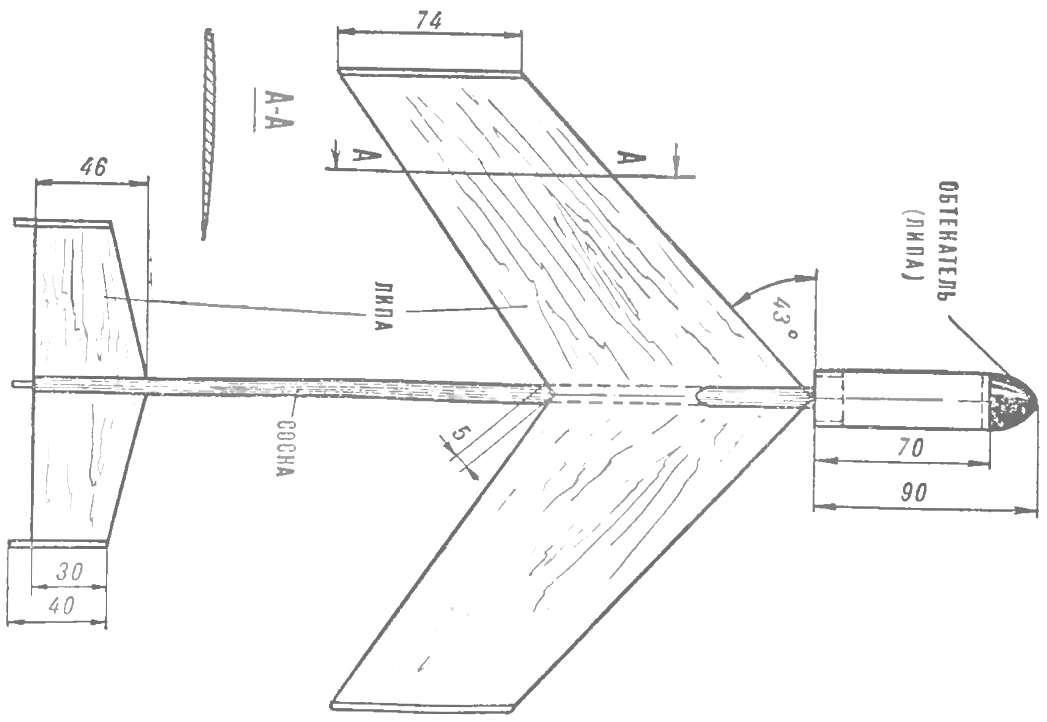 Models of this type have many times built by the guys from the mug space modeling of station of young technicians of the city of Elektrostal. They especially appreciate its “Hawk” because it is made from material in the public domain (Linden, pine, paper), and thus has good performance as in the active phase (engine running), and in gliding flight. Such “hawks” the club has participated in local and regional competitions.
On the model of a standard motor with a total impulse 7-9 n·sec.
The fuselage is a pine rail of variable cross section: front — 8X5 mm, in the rear — 5X4 mm. a Container under the engine, the thumb of two layers of construction paper, glued to the pylon (Linden). Fairing container carved from basswood or pine. The axis of the motor shall be located 38 mm above the top plane of the fuselage. This prevents the model from burning.
A wing of the phony veneer of variable thickness: in the centre is 4.1 mm at the ends — 2 mm. wing Profile is PLANO-convex. V-Angle = 14°. Between the two halves of the wing are glued together with butt Amalita and are attached to the upper surface of the fuselage. The greatest thickness of the airfoil reaches at a distance of 1/3 of the chord from the sock of the wing. Sweep — 94°. 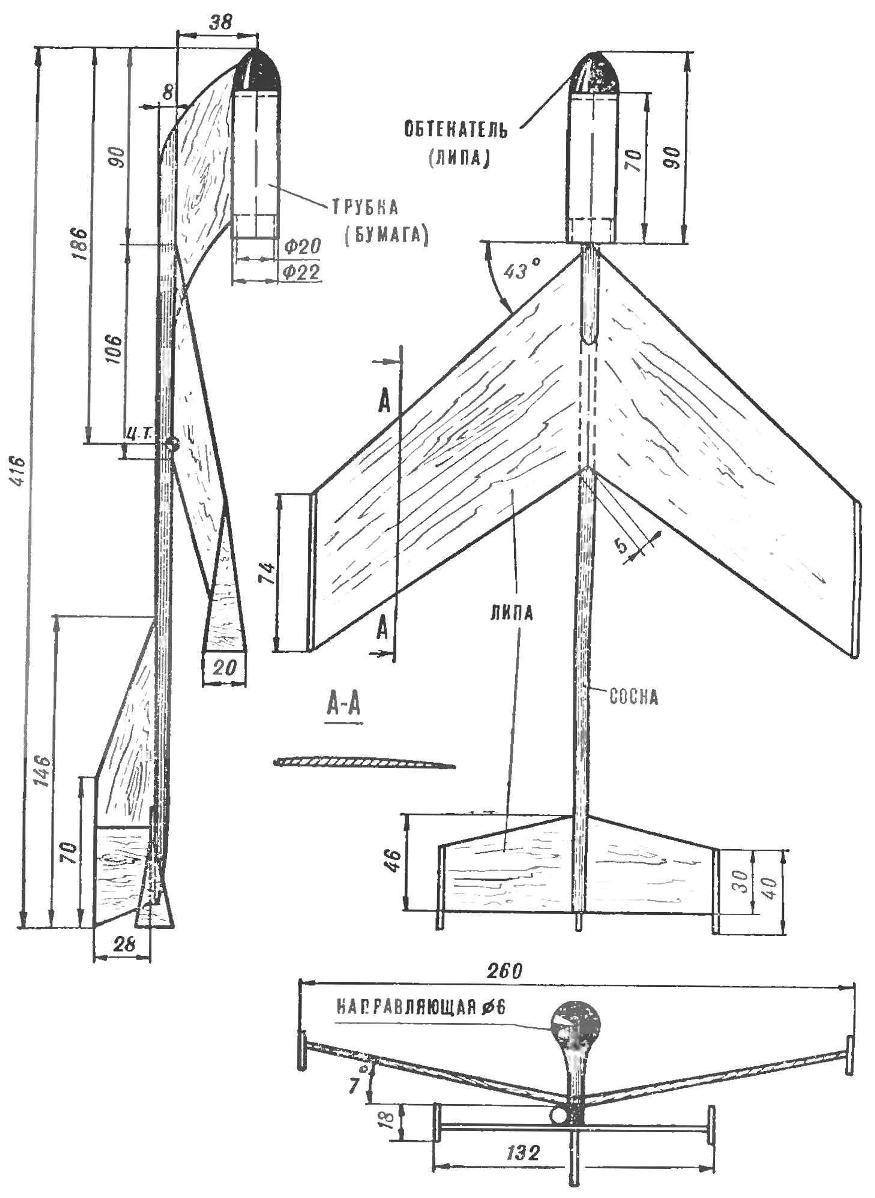 Stabilizer — shaped plate of Pipa with thickness 1,3—1,5 mm — glued with Amalita and the bottom plane of the fuselage. The difference in the installation angles of the wing and stabilizer is formed by variable section of the fuselage, and is 1°.
Keel glued two fake plates of 1.5 mm thickness with different fiber direction. On the wing and the stabilizer end there are “washers” that provide models take off without a spiral. Ready Hawk , double-coated with Amalita and painted in dark color.
The weight of the model without motor — 50 g.
V. ROZHKOV, master of sports of the USSR