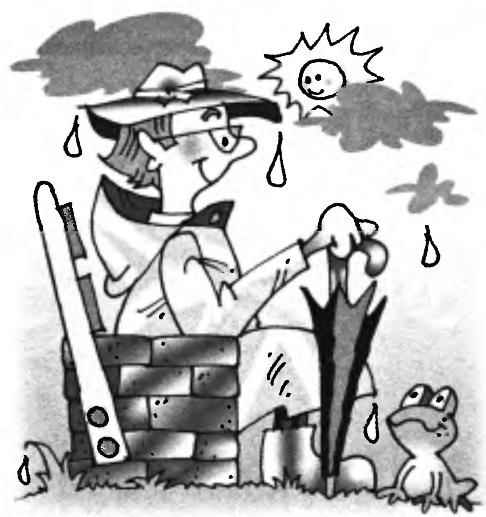 Compared to a simple bench garden bench with back much easier, and looks nice. However, recent years in urban parks and gardens, and in suburban areas are often on the bench cannot sit down because the seat is stained with traces of dirty shoes. This is a consequence of maloestetichny behavior of youth – fashion to sit in the seat and put his feet on the seat. The administration is trying to deal with this all sorts of homegrown ways, until the spreading of the upper edge of the backrest of fuel oil or even eliminating backless benches.

Bench and weather
However, the fact that sometimes it is impossible to sit on the bench, do not blame only young people, but also the weather: rain, sleet make the bench permanently wet. Maybe it’s just the design of the benches does not match our climatic conditions? And really, try to sit properly on the bench after a rainstorm or snowfall. Of course, the upper back is easier to clean than wet or covered with snow seat, that youth and sits on top, legs on the bench.

What if we change the design of the bench so that it was suitable for its intended purpose, regardless of the vagaries of the weather? For example, to make the seat… flips. Then its surface will be always dry and clean.

You come to the bench after bad weather, a slight movement of the turn wet or snow-covered seat and can sit on a clean surface.

The secret is in the rotary seat. Practically, this “sandwich” of two interconnected panels, inside which passes through the axis, and its ends are in the rack at the sides. On the racks are the rods stops that prevent spontaneous upheaval of the seat. 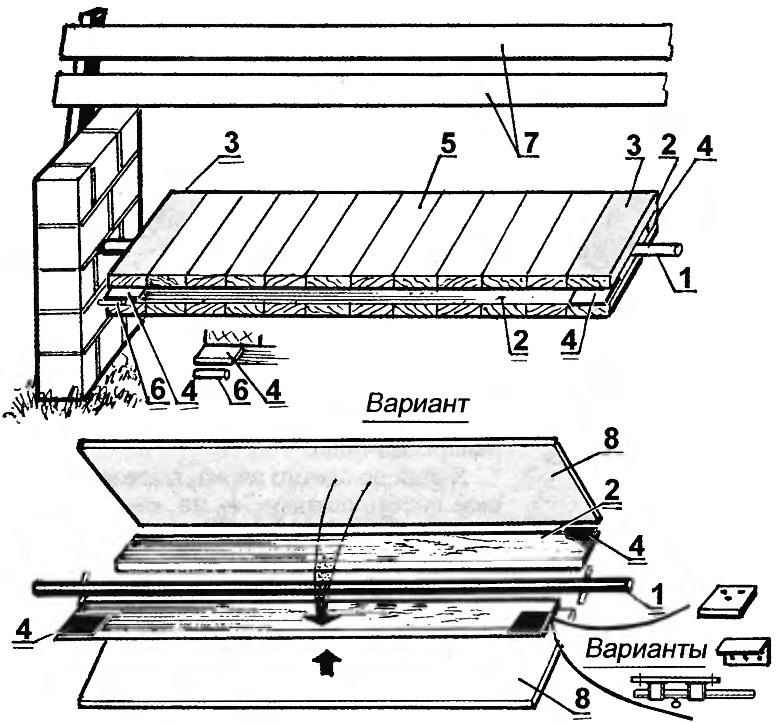 All weather bench with swivel seat:

Witty and just
The weatherproof design of the seat may be different, it is important only that it was turned and was fixed to avoid tipping.

Consider the simplest and most accessible for self-repeating option. The basis of the bench will be two longitudinal bars or boards, the ends of which are fastened top and bottom cross bars, thereby forming the seat frame. In the middle of the frame is covered with cross boards at the top and bottom, side by side, or with a small spacing between the plates is obtained by two level plane of the seat They may be formed not only by the boards: a frame, you can sew thick plywood or particle Board sheets which are attached to longitudinal elements of the frame and painted in several layers with oil paints (linseed oil) to protect from the weather. 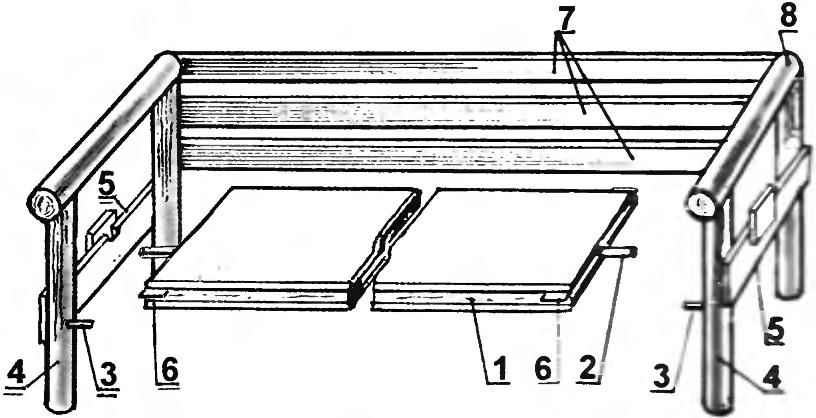 Option benches with wooden base:

Inside the finished seat, the noise-cut water pipes so that the ends protrude from both ends of the frame: they will be included in the side supports of the bench and will serve as the turning axis of the seat. As a support can be made especially masonry or dug into the ground bars with the crossbars. The ends of the axis they should not have the possibility of longitudinal displacement.

This design of the bench does not exclude the presence of a separately fortified back. It can be dialed from boards with a length of little more than a seat, on two inclined boards, long bottom part which will allow you to attach them at a slight angle with the outer sides of the support bars of the seat.

Stopper
On the supports of the benches under the front corners of each edge of the seat mounted metal rods—emphasis (at the level of the axis of the seat) and the seat frame—and-response backing plates or angles: together they hold
seat from the arbitrary turning over. Plate installed on the opposite side of the frame, then when you turn the seat they rested in the same thrust rods, but from below them, whereby the inverted seat will retain a horizontal position. 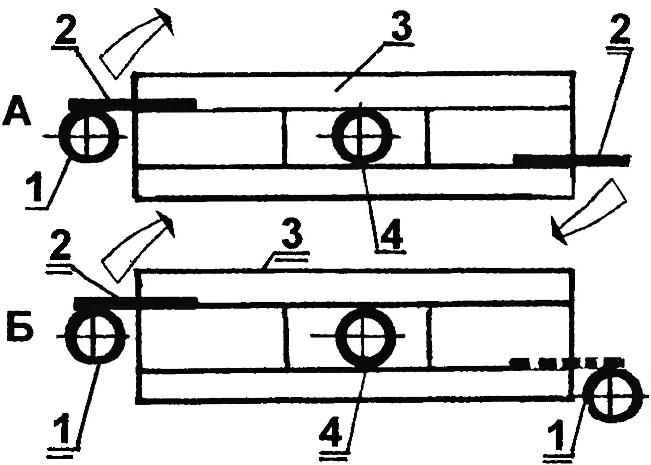 The variant with the plates on one side only, but with two stops on the side supports of the bench, front and rear, and also diversity in terms of their installation Even simpler and safer instead of plates to attach to the seat latches (latches) so that they come in a tube (not the core for this case) stops.