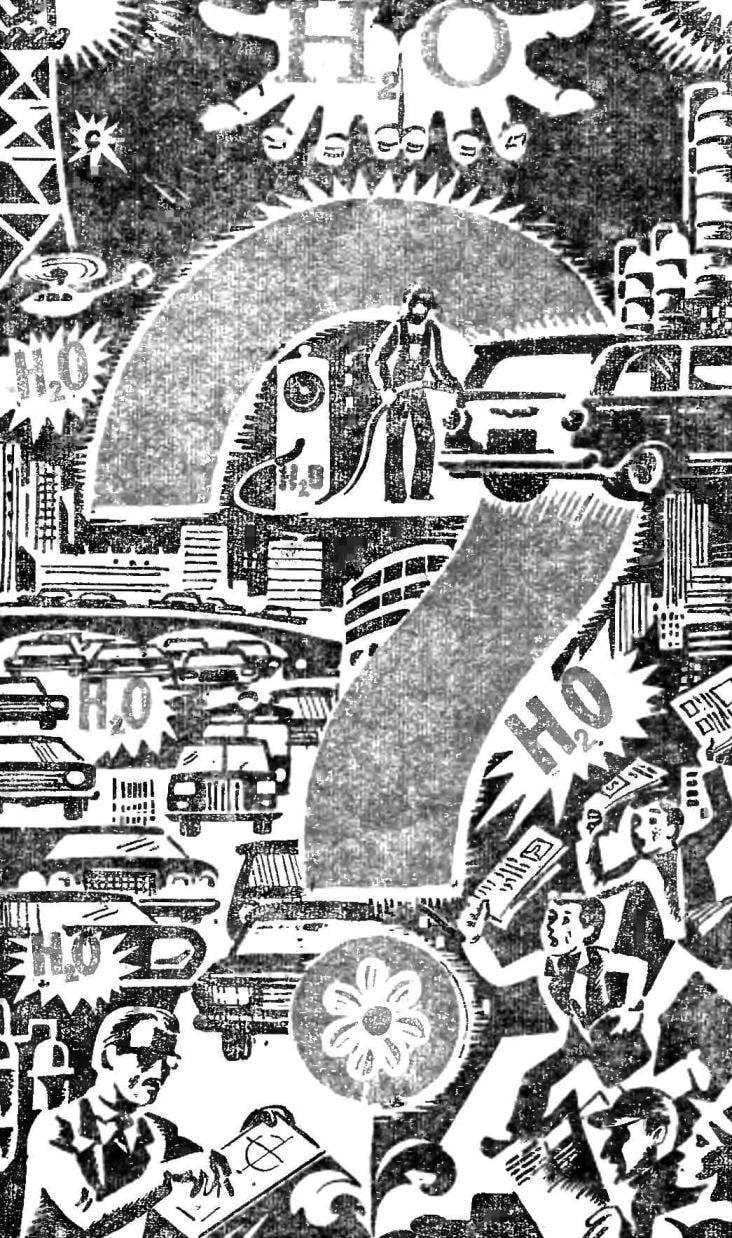 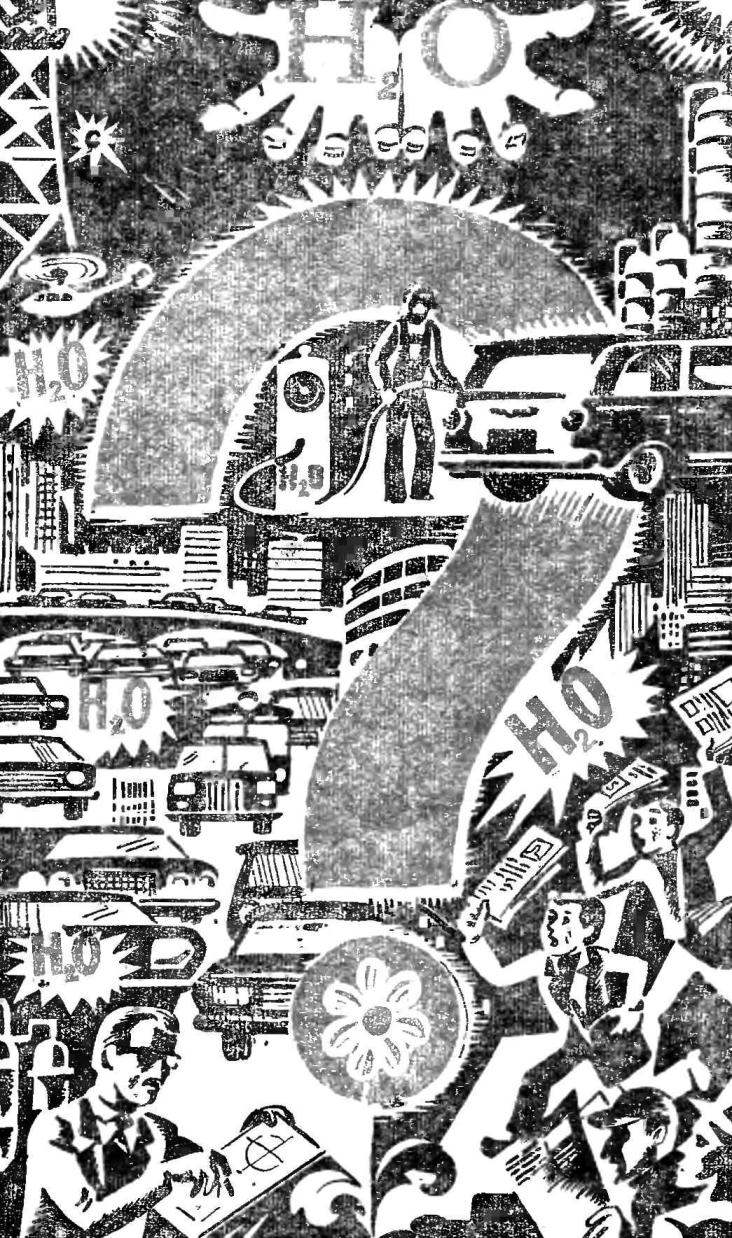 or the engine that runs on… water. Recently, foreign media there was a sensational message: in France, built the internal combustion engine, the fuel for which is ordinary water. All development of the engine was conducted in an atmosphere of extreme secrecy:. still it is not known even the name of the inventor. Remains a mystery and the design of the “black box” set — top box to the engine where water is converted to fuel; statements by the press and the opinions of experts are contradictory.

What is it — brilliant invention or quackery, technical phenomenon or unsubstantiated newspaper sensation?
This July morning was in Rouen warm and Sunny, which marks the beginning of a hot summer day. The sun illuminated the rooftops and leaves on the trees of the boulevards. People on narrow sidewalks and cars on the city’s streets saprogenic hurry on important matters: the normal day.
But Rouen and even the capital’s journalists, leading to their Newspapers and magazines to topics about technical innovations, it seemed, conspired. Raznorabochiy stream of cars rushed this morning to the homely little house, more like a shed, located in a suburb where you have never seen such an influx of “Citroens” and “Renault”. It was to be held a press conference promising to become event of the day. Finally will slightly open the veil of secrecy still surrounding this unremarkable structure. It has long been rumored that someone is conducting some experiments: from the barn regularly heard the noise of a car engine, but none seen here ever left the car. Sometimes curious managed to peep through the rarely opened door of the lab, a conglomeration of some electric machines, transformers and devices. And in the center was a motor, the most simple in appearance, and it calmed the curious.
He has not made impression on the participants of the press conference: the most common engine. Only equipped with some devices, pipelines, valves, cisterns, right side another small black box, which left some handsets. This part at first the General was not awarded the attention of the audience.
But leading a press conference to announce the greatest event in the history of the engine. It is about the dream of the last 50-70 years is not only the automakers, but all scientists and engineers in the world. The scoop of the century: this simple engine runs on water! Not on expensive gasoline, kerosene or diesel fuel, and simplest water. The cheap, gratuitous, and besides the eternal fuel! Because water supplies are virtually inexhaustible, and reserves of oil have, unfortunately, already visible limits.
Behind the doors of the shed were born a great invention, able® flip every modern fuel and engines. Made sure each of the participants, because in his eyes the tank was filled with tap water and the engine worked! However not been Reported neither the name of the inventor, nor the design of the fuel system of the engine. All this was kept secret, and to date nothing has cleared up.
Engines running on water or water vapour, not a gimmick. It is steam engines, steam turbines, water wheels. But never no one has been able to use water as fuel in a thermal combustion engine. Nevertheless, even at school everyone knows that water consists of two elements — hydrogen and oxygen, which themselves can serve as an excellent fuel. But try to decompose water to release these components from each other to use for a new purpose. In normal circumstances make it impossible. Almost active the breakdown of water into its component parts you can get only in laboratory conditions at very high temperatures of about 2000° C. For this purpose, a complex system that requires a huge amount of energy and volume, they are much more any car. Therefore, to use them as a Converter of water into fuel for cars while theoretically impossible, economically, to put it mildly, inappropriate. So says the theory. But in practice? That’s what shone from the veil of mystery.
Fuel for the “water” engine is a mixture of water and alcohol, the mutual proportions of which vary from 0 to 100. That is, the engine can operate on alcohol and on water. In the process of starting a was a mixture consisting of 40% alcohol and 60% water, and afterwards the water content of the mixture is gradually brought to 100%. The entire process of running and change of concentration of components in the fuel mixture can be observed by the two instruments installed on pipelines, the lead alcohol and water. But the tap on the first pipeline is blocked, and the water inlet is fully open and the engine runs only on water! 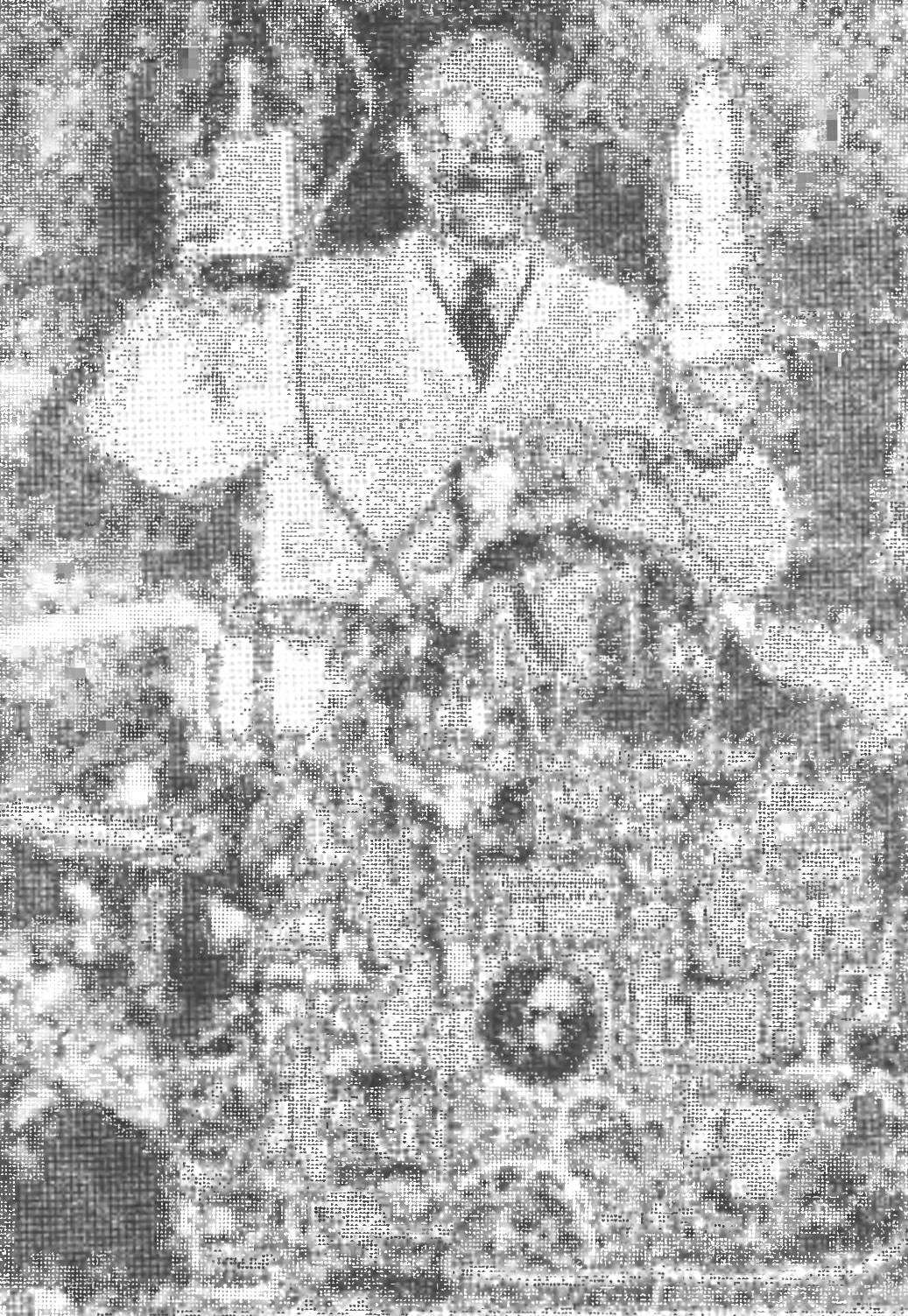 Jean Chambrin, which the press attributed the invention of the “water” of the internal combustion engine, shows a motor and its fuel. One rune in his bottle of alcohol, the other with plain water.
The decomposition of water into its component parts, which are fuels produced in the black box is a small metal box that weighs more than 16 kg. nobody has been able to penetrate it and to consider design. Established only that “box” really heats up during operation, and around it hovers a sharp smell of alcohol. This device has no cables or connections to external power grid or any outside source of energy. As stated, the temperature of decomposition of water is 750°C, which is several times lower than the theoretical, and the unit is completely self-contained.
And here it starts all sorts of speculation about the contents of the “black box” — maybe it’s electrolytic, thermal or even nuclear method of decomposition of water? But when using, for instance, the isotope generator of its weight would be more than 450 kg with a length of about 5 m. And then all this happens in a minimum volume and no foreign sources of energy. Is it real? The theory is still says no. The inventor claims is real, but to confirm this does not give any explanation.
The design of the engine is almost not changed. Fuel is introduced into the cylinders by means of conventional nozzles. The degree of compression of the mixture and the engine power increase compared to standard version. The process of operation of the engine is divided into three stages. In the first he runs on a mixture of water with a high content of alcohol that it is theoretically and practically difficult, as alcohol is an excellent fuel. The second intermediate stage — working on a mixture of water with low content of alcohol, but here is a possible decomposition of water by means of alcohol, which can serve as a catalyst and energy source, although its amount is clearly insufficient. In addition, the fresh air necessary for active decomposition of water in the “black box”, is extremely limited. The third stage is the engine completely on water is not yet amenable to theoretical study. Scientists believe that in such a small volume in the modern science and technology is almost necessary collapse of the water is impossible, if only in the “black box” hidden miniature nuclear installation. But in the old days, a great discovery was first announced devil because of the inability at that time to justify them scientifically. And there are not hidden in this mysterious “black box” invention of the twenty-first century?
So, the secret experiments themselves open, but appeared no less mysterious “mystery black box”, which God knows when will be released. The experiments continue. The design of the entire system is still imperfect and unstable in operation. In addition, thermal “water” engines are put in front of a man many not hitherto explored: the service life, lubrication, fuel consumption, profitability, efficiency, and many others, not to mention the new system, the decomposition of water. Will it be profitable to use such engines, cost effective whether their production? It might be easier to use the normal engines running on fuel oil?
E. KOCHNEV, engineer
When preparing this material, there have been reports about another interesting novelty: on the streets of Kharkov appeared “Moskvich”, fuel for the engine which is water. The engine runs on hydrogen produced in the process of decomposition. The release of hydrogen occurs in the catalyst powder reactor.
The new machine created by experts of Institute of problems of mechanical engineering of the USSR Academy of Sciences in collaboration with colleagues from Moscow, Alma-ATA and other cities.
It is possible that the new idea has a great future!