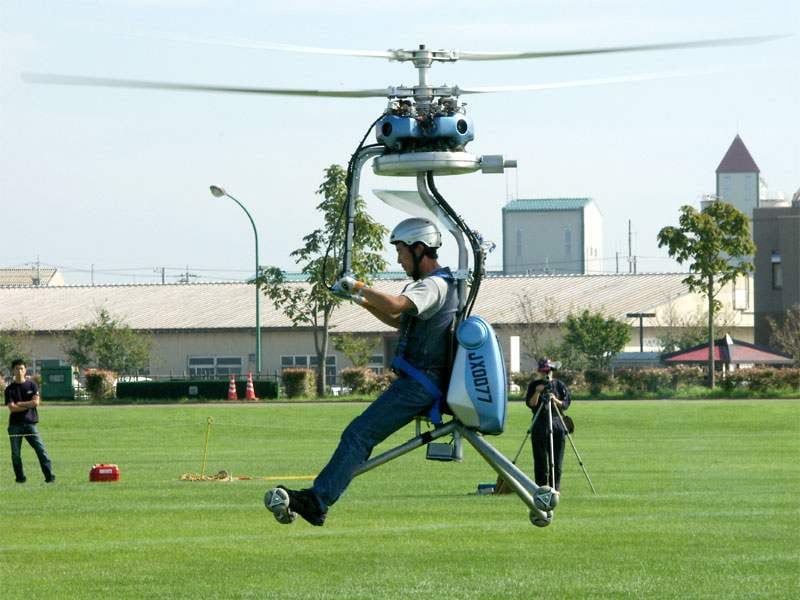 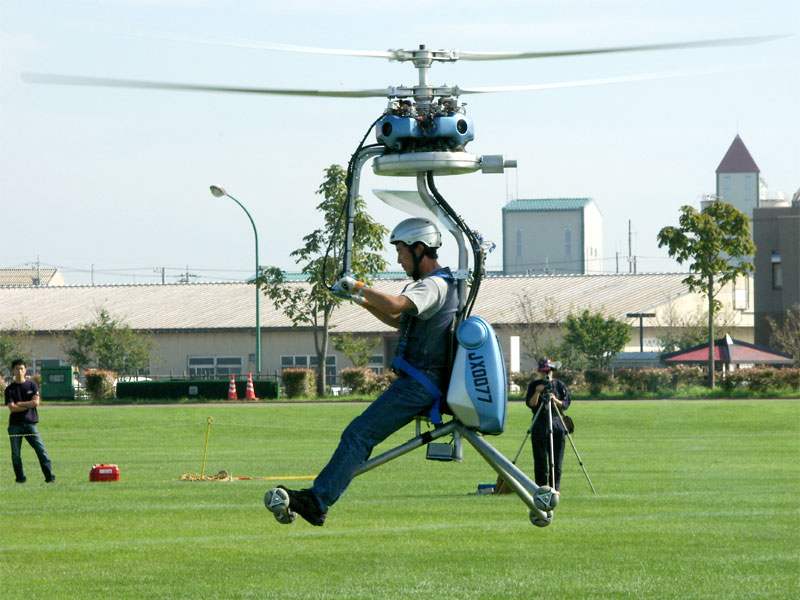 Japanese portable helicopter. In the unloaded state of the individual helicopter GEN H4 weighs only 70 kg, and the four motors of 10 horsepower allow him to fly at a speed of about 90 km/h.

The helicopter was developed in 1999, the Japanese company “GEN Corporation”, a subsidiary of the company “Engineering System”. Designed as a civil helicopter. The first flight was made in 2000. The helicopter is equipped with four light engines. The designers claim that the helicopter which comes-to-order unassembled, you can collect under the instructions independently for 30-40 hours.

Compact aircraft a long time do not give rest to designers all over the world. Reports on the development of single helicopters regularly appear in the press over the past decades. Doing this both military and civil aircraft. For example, in 2002, the Omsk space Association “Flight” have been successfully tested backpack assault helicopter “Yula”, developed in 1999. This helicopter is designed for strikes on ground targets and perform search and rescue operations.

However, to mass production, none of the developments never came. Another attempt to create a serial personal helicopter has taken the company GEN Corporation, created by Gennem Yanagisawa. The concept of the helicopter began to develop in the early 1980s, when Yanagisawa has created its own lightweight two-cylinder two-stroke engine volume of 125 cm3 and a power of 10 HP Because the engine power was small, the motor has been used in gliders and then in model helicopters.

To increase the carrying capacity, the designer decided to use several engines. With two motors the helicopter is able to lift cargo weighing up to 65 kg, and a three-engine version in the air managed to rise. The most successful design, which formed the basis of the GEN H4 uses just four of the engine located radially around the transmission. The helicopter then made a few improvements, and since 1999 he regularly demonstrated at various air show. 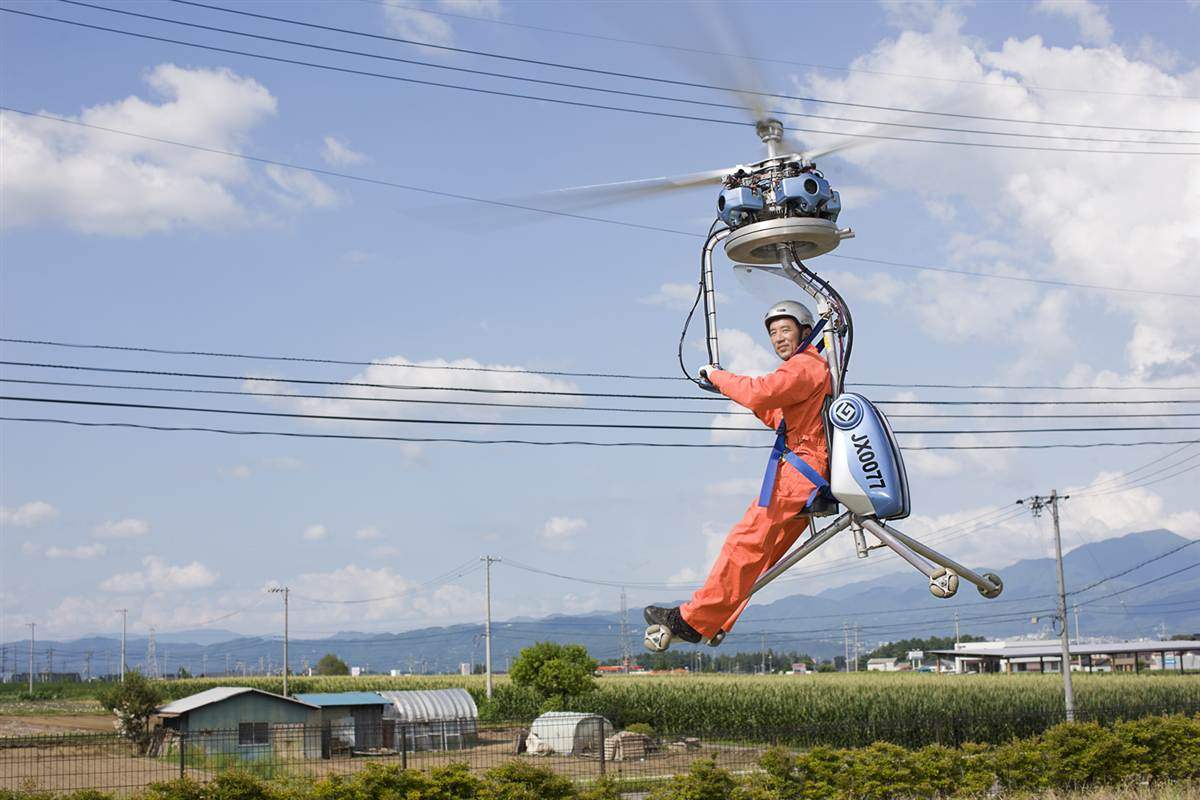 The current version of the helicopter has a lightweight frame with parts made of magnesium alloy and aluminum. Screws with a diameter of 4 meters located on the coaxial scheme. The original seat of the helicopter just made from a durable fabric, but in the end, the pilot’s seat was more comfortable. The empty weight of miniversal is 70 kg and fully Laden with fuel and pilot weight can reach 220 kg Maximum flight speed of 90-100 km/h depending on the weight of the pilot, winds and other parameters. In the air the aircraft is able to stay within 30-60 minutes.

According to the designers, after minimal instruction to fly a helicopter. Flying is quite safe: if one of the engines to really make it to easy for landing places, and if denied just two of the motor, it is possible to make an emergency landing. If we fail three or four engines, the pilot will save the parachute.

Currently, the helicopter is already running in production. It can be purchased in kit form for self Assembly. Price in Japan is 3.6 million yen, or about 31,000 U.S. dollars. In the future it is planned to place under the seat airbags to reduce injuries in a hard landing, add automatic height Adjuster and to the frame of foldable helicopter.