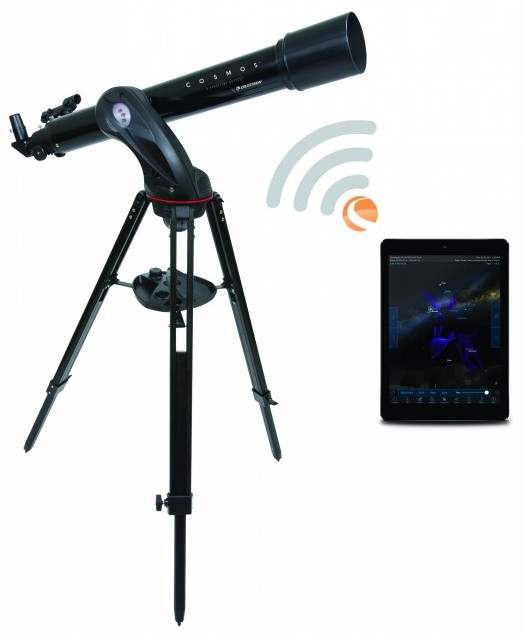 When I watch the news, which tell the story associated with any star, there is a desire to see and examine the star. In these moments I regret not having got a telescope. And even if the telescope were, what then? In this case, the person is not an astronomer, will not achieve anything because they do not know in what part of the sky that star seek – and indeed, will not be able to determine which of the myriad stars that’s the one he’s looking for.
If a person has a telescope and a friend of the astronomer, he is lucky because he can ask an astronomer to find stars. And if this friend doesn’t, and there is no telescope, instead you can use the Celestron Cosmos 90 GT wifi Telescope.
Celestron Cosmos 90 GT wifi Telescope is the first telescope designed for those who like to watch the starry sky. With the help of the study of the starry space becomes a simple matter, not requiring specific knowledge and skills. It works in conjunction with the application for smartphones, which connects via Wi-Fi.
The man should simply point the telescope to any bright star. And then the application will determine what kind of star it is directed, and the heavenly bodies, which are located nearby. The user can select a star from the list, and the telescope automatically finds it and configures it, so that man might well to consider it. And it all happens in a matter of seconds.
The list contains in the database Celestron and includes 120 000 names of celestial bodies. So it is unlikely that it can not find an appropriate star.
Technical characteristics Celestron Cosmos 90 GT wifi Telescope