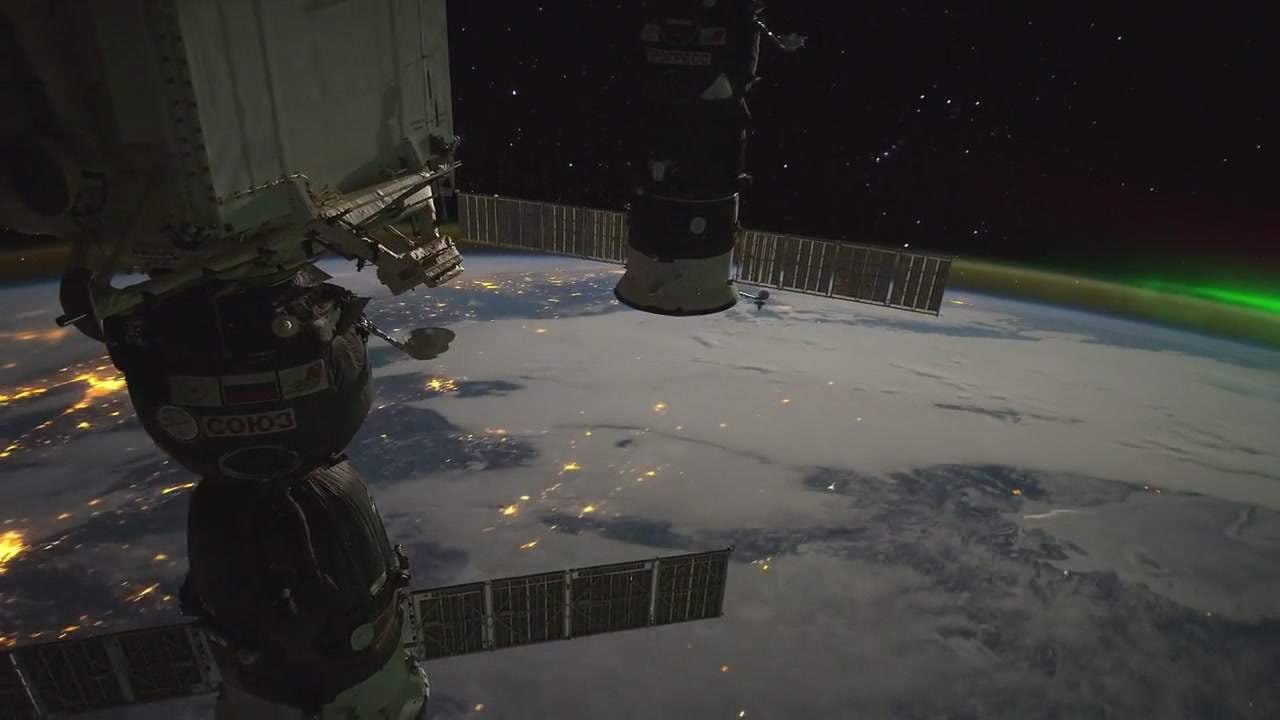 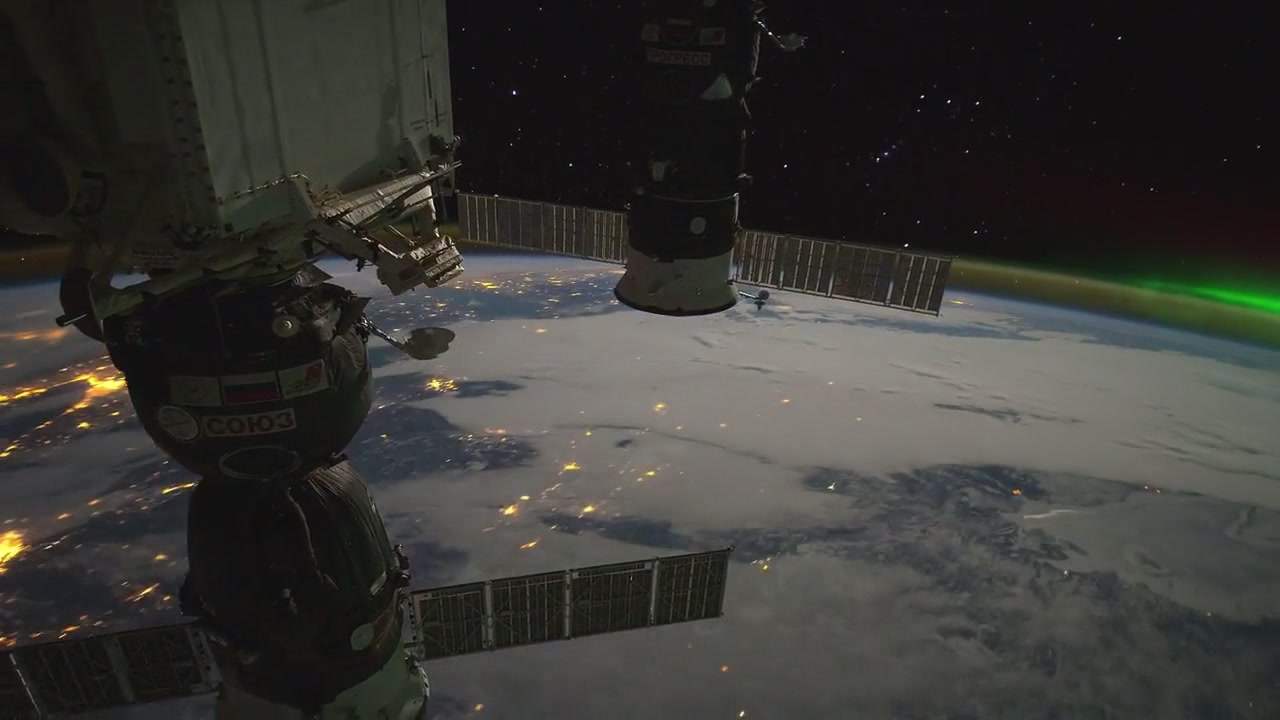 The idea of creating the international space station originated in the early 1990-ies. The project became international when the United States joined Canada, Japan and the European space Agency. In December 1993, the United States together with other countries involved in the establishment of a space station “alpha”, proposed Russia to be a partner of this project. The Russian government has accepted the offer, and then some experts began to call the project “the Ralph”, that is “Russian alpha,” – says the representative of NASA public Affairs Ellen Klein.

By estimations of experts, building “Alfa-R” can be completed by 2002 and will cost about $ 17.5 billion. “It’s very cheap,- said the head of NASA Daniel Goldin. – If we worked alone, the cost would be higher. And so, thanks to the cooperation with the Russians, we receive not only political, but also material benefits…”

It finances, or rather the lack of them, and forced NASA to look for partners. The initial project was called “Freedom” was quite grandiose. It was assumed that the station can be repaired satellites, and entire spacecraft to study the functioning of human body during a long stay in weightlessness, to conduct astronomical research, and even to organize production.

Attracted Americans and a unique method, which was based on millions of rubles and years of work of Soviet scientists and engineers. After working in the same team with Russians, they get an overall view of Russian methods, technologies, etc. concerning the long-term orbital stations. It is difficult to estimate how many billions of dollars they cost.

Most of the work performed by the State space scientific production cent]? name MB. Khrunichev. The Central part of the station will be the functional cargo block, the size and basic design elements are similar to modules “Kvant-2” and “Crystal” to the station “Mir”. It has a diameter of 4 meters, length – 13 meters and weighs more than 19 tons. The unit will serve as a home for astronauts in the early period of the station Assembly, and also to provide it with electricity from solar panels and storing supplies of fuel for propulsion. Service module created based on the Central part developed in the 1980-ies of the station

“Mir-2”. In it the astronauts will live and conduct experiments.

The participants of the European space Agency are developing a laboratory Columbus and the automated transfer vehicle under the carrier rocket “Ariane 5” Canada supplies a mobile service system, Japan experimental module.

To build the international space station will need to perform roughly 28 flights on the American space ships of the space Shuttle, 17 launches of Russian carrier rockets and one launch of “Ariane-5”. To deliver crews and equipment to the station needs 29 Russian spacecraft “Soyuz TM” and “Progress”.

The total internal volume of the station after Assembly in orbit, it will amount to 1217 square meters, weight — 377 tons, of which 140 tons of Russian components, 37 tons American. Estimated time of work international space station – 15 years.

Due to financial hardship, pursuing the Russian aerospace Agency, the construction of the ISS was behind schedule by as much as two years. But finally, on 20 July 1998 from the Baikonur cosmodrome carrier rocket “proton” orbited functional block Zarya, the first element of the international space station. On July 26, 2000 with ISS combined our “Star”.

This day will go down in the history of its creation as one of the most important. The manned spaceflight Center Johnson in Houston and Russian Mission control in Korolev, the hands on the clock show different times, but the applause they came at the same time.

Until that time, ISS was a set of lifeless building blocks. Zvezda breathed into her “soul”: in orbit appeared fit for a long and fruitful working scientific laboratory. This is a fundamentally new stage of an ambitious international experiment, involving 16 countries.

“Now open the gate to continue construction of the International space station” – with satisfaction said the representative of NASA’s Kyle herring. Currently the ISS consists of three elements – the service module Zvezda and functional cargo block Zarya, Russia, and connecting the node “unity”, built in the USA. With the new module docking station not only significantly older, but heavier, as is possible in microgravity, gaining a total of about 60 tons.

Then in earth orbit was assembled by a kind of stem, which can be “strung” all-new design elements. “Star” is the cornerstone of all future cosmic structures, comparable in size with the urban quarter. Scientists say that the complete station in brightness will appear in the starry sky the third object after the moon and Venus. It can be seen by the naked eye.

The Russian block, which cost $ 340 million, is the key element that provides a transition from quantity to quality. “Star” is the “brain” of the ISS. The Russian module is not only the place of residence of the first crews station. “Star” carries a powerful Central on-Board computer and supporting equipment, life support system and propulsion system, which provides the ISS attitude and altitude of the orbit. Henceforth, all arriving on the Shuttle the crew works aboard the station will rely not on the American system of the spacecraft, and life support on the ISS. And ensures it is “Star”.

“The docking of the Russian module of the station, occurred approximately at an altitude of 370 kilometers above the planet’s surface, – writes in the magazine “Echo of the planet” Vladimir Rogachev. – At this point, the spacecraft was racing at a speed of about 27 thousand kilometers per hour. The operation earned the highest scores of experts, once again confirming the reliability of Russian military equipment and high professionalism of its creators. As emphasized in conversation with me on the phone the Houston-based representative of “Rosaviakosmos” Sergei Kulik, and American and Russian experts knew that are witnesses to historical events. My companion also noted that an important contribution to ensuring the dock was made by specialists of the European space Agency, which created the Central Board computer “Stars”.

Then picked up Sergei Krikalev, which in part launched from Baikonur in late October, the first long-stay crew to inhabit the ISS. Sergey noted that all the people in Houston were expecting the moment of contact of the spacecraft with a huge voltage. Especially after he activated the automatic docking mode, to do “from outside” was very little. The final event, said the astronaut, opens up the prospect for development of works on the ISS and the continuation of the program of manned flights. In essence, a continuation of the program “Soyuz” – “Apollo”, the 25th anniversary of which is celebrated these days. The Russians have already flown on the Shuttle, the Americans – “the World”, is now entering a new phase”.

Maria Ivatsevichi, representing research and production space center Khrunichev, stressed that is made without any glitches and observations docking “has become a major nodal stage of the program”.

Eventually led the commander of the first planned long-duration expedition on the ISS, the American William Sheppard. “Obviously, the torch of the competition now moved from Russia to the United States and other partners of the international project, he said. – We are ready to accept this burden, knowing that it depends on us maintaining the construction schedule.”

In March 2001, the ISS almost got hit by it debris. It is noteworthy that it was able to RAM the item with the very same station that was lost during a spacewalk astronauts James Voss and Susan Helms. As a result of the maneuver, the ISS managed to avoid a collision.

For the ISS it was not the first threat posed by flying in outer space debris. In June 1999, when the station was still uninhabited, there was a threat of collision with a fragment of the upper stage of a space rocket. Then the specialists of the Russian mission control Center in Korolev had to give the command to move. As a result, the chip flew past at a distance of 6.5 kilometers, on a cosmic scale, a minuscule.

Now his ability to act in critical situations demonstrated the American mission control Center in Houston. After receiving information from the center of the space track of the orbiting close to the ISS space debris Houston specialists immediately gave the command for starting the engines docked to the ISS, the Shuttle “discovery”. In the result the orbit of the station was raised to four kilometers.

If the maneuver failed, flying detail, if collision damage is primarily solar battery station. The hull of the ISS shard punch: each of its modules securely covered protivometeoritnoy protection.