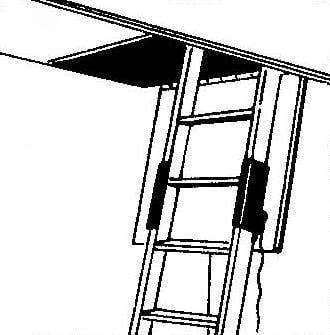 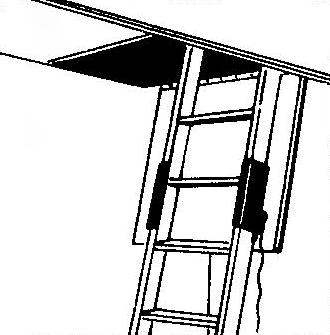 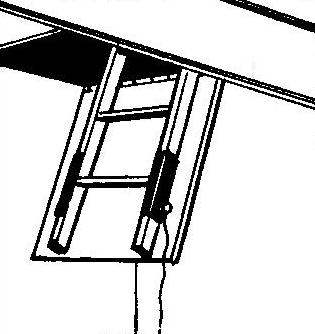 Now, not only in large suburban homes or cottages tend to use pokrysheva space as the attic, even in small garden houses are cut in the ceiling hatch and equip the bedroom there (see a similar solution in the materials of the journal “modelist-Konstruktor”: “Garden, one and a half floor”, No. 7, 1997, “a one-story, but with attic”, № 6, 2004).
It is in this case designed interesting recommendation of the Hungarian magazine “Earmaster” on the device light mobile stairs that day does not clutter a small room, and before going to bed almost by sleight of hand appears from above, allowing you to climb in pokrysheva bedroom.
The secret of this vanishing and re-appearing of the stairs not so much in itself, but in its original connection with cover sunroof. Day it is closed, and the ladder is at the top and it is not visible. But in the evening is enough to pull the hatch down — and along with turning it (on a regular door hinges) top drops and stairs. And in the morning lifted up the stairs… she closes the hatch.
To understand how this occurs, let us consider in detail the entire structure, focusing on the following drawings.
In the stairs there was nothing unusual, except that the feature of embedding steps of: forming bars are normally attached “overlapping”, on top of support pillars; and here they fly into the stand “itati” (tongue in groove), so as not to hinder the movement of the racks inside the guide brackets mounted on the hatch.
Stand and stairs are made of wooden bars section 60×30 mm. Length of steps 240-340 mm (pitch about 250 mm), number — in-place, depending on ceiling height. Connect the bars on glue (carpentry, casein, PVA). 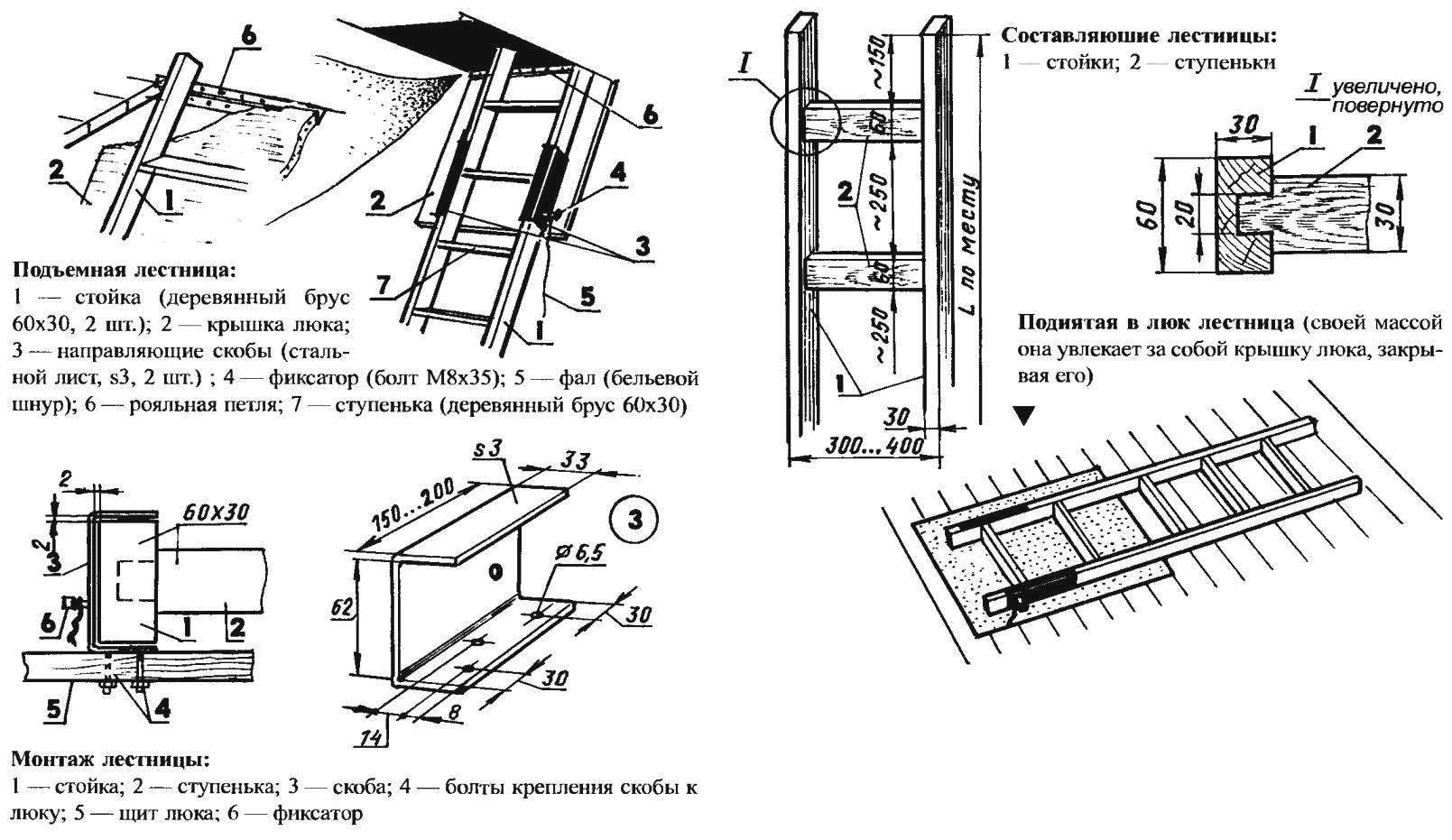 Guide loops for the stairs on the hatch — shaped cross section from sheet metal 3 mm thick (or cut off from the right profile). Both are absolutely identical, differ only in that the vertical wall of one of them has a hole under the metal finger (long bolt or stud), by which the ladder is fixed in the raised cleaning position. Brackets are attached to the hatch using bolts with countersunk heads on the distance between them to the stairs they moved freely but without any play. Place mounting brackets closer to the lower edge of the lowered hatch.
How will be this process — prompt the illustrations. After Assembly of the entire system the ladder is omitted, the lower ends of the uprights rest on the floor, and the upper part is between guide brackets attached to the manhole cover. To remove the ladder when not needed it raise the brackets in the hatch opening until, until you match up the holes on one of the brackets and the appropriate counter: here you enter the locking finger. You can now let go of the ladder being at an angle, her weight, sinking under the false ceiling space that will entice and the hatch, firmly closing it and holding in that position.
And in order to re-use the stairs, pull the handle of the lid (or on top for hanging cords, if the ceiling is high) — the cover will start to drop, turning lying at the top of the ladder in a vertical position. Remains, holding the lid with a staircase removed from the bracket fixing rod and the rack goes down, again resting on the floor.