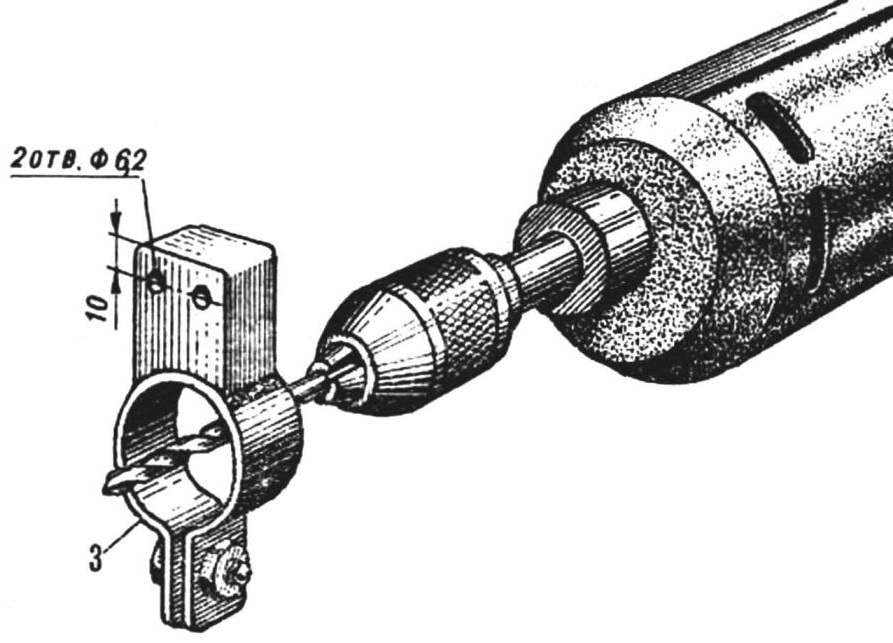 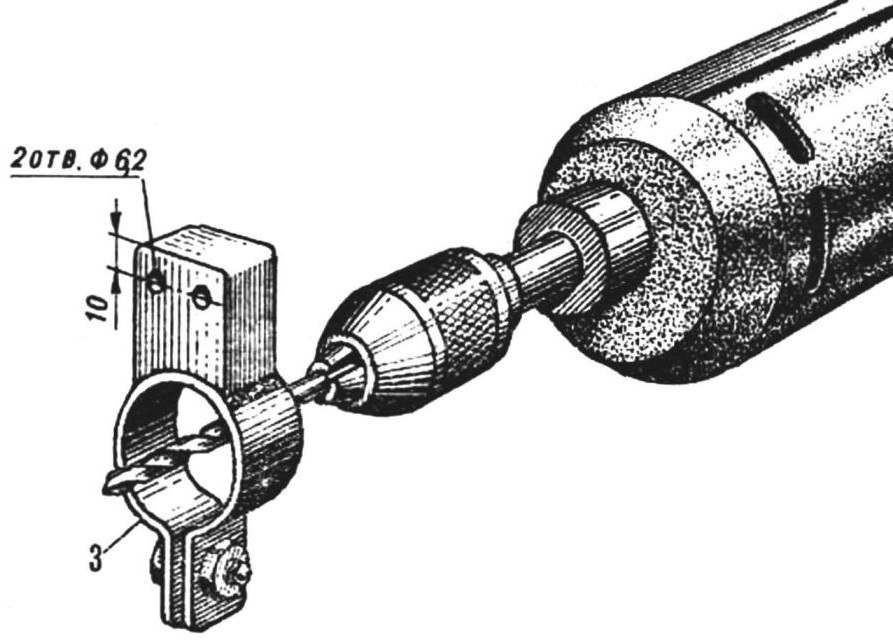 Often there are cases when you need to drill a hole to a predetermined depth. To do this, you will a simple device, consisting of three parts. The clamp-holder — mounts on the body of the drill. Two guide holes is inserted a stop, which is bent, as shown in the figure, from metal rod O 6 mm. During operation, the emphasis gradually moved into the holder until it reaches its locking (Fig. 1) fixed at a distance equal to the required drilling depth.
This device helps to maintain the necessary angle of drilling (Fig. 2). Depending on the angle of the hole, the guide-stops can be interchangeable.
Other device — the pointer angle drilling. Wooden curved housing placed arrow-plumb, marked scale on the side of the slope (Fig. 3). In the lower part of the base of the slotted groove for a belt with which the pointer is fixed on the drill. When it is tilted in one direction or another, the needle, indicating the angle of entry of the drill (Fig. 4). 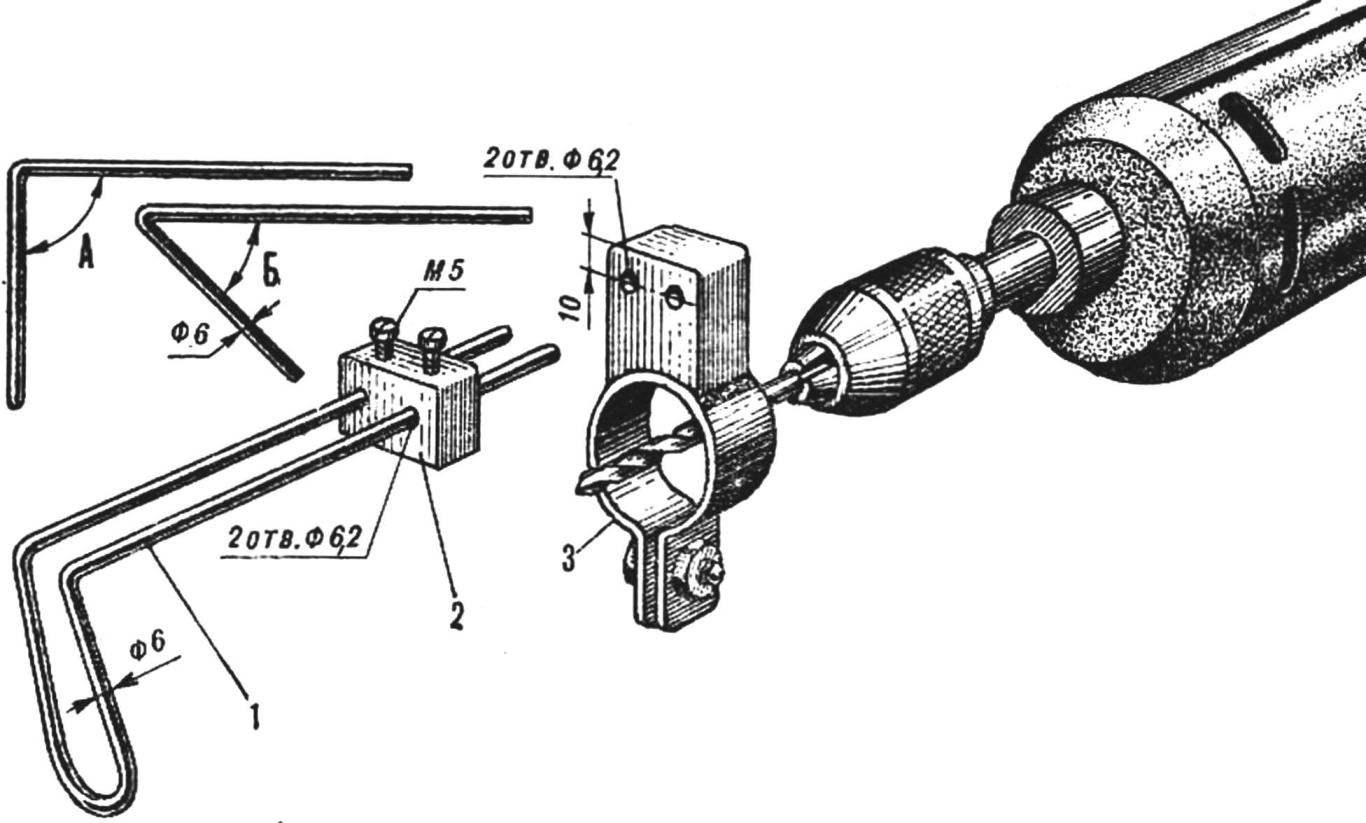 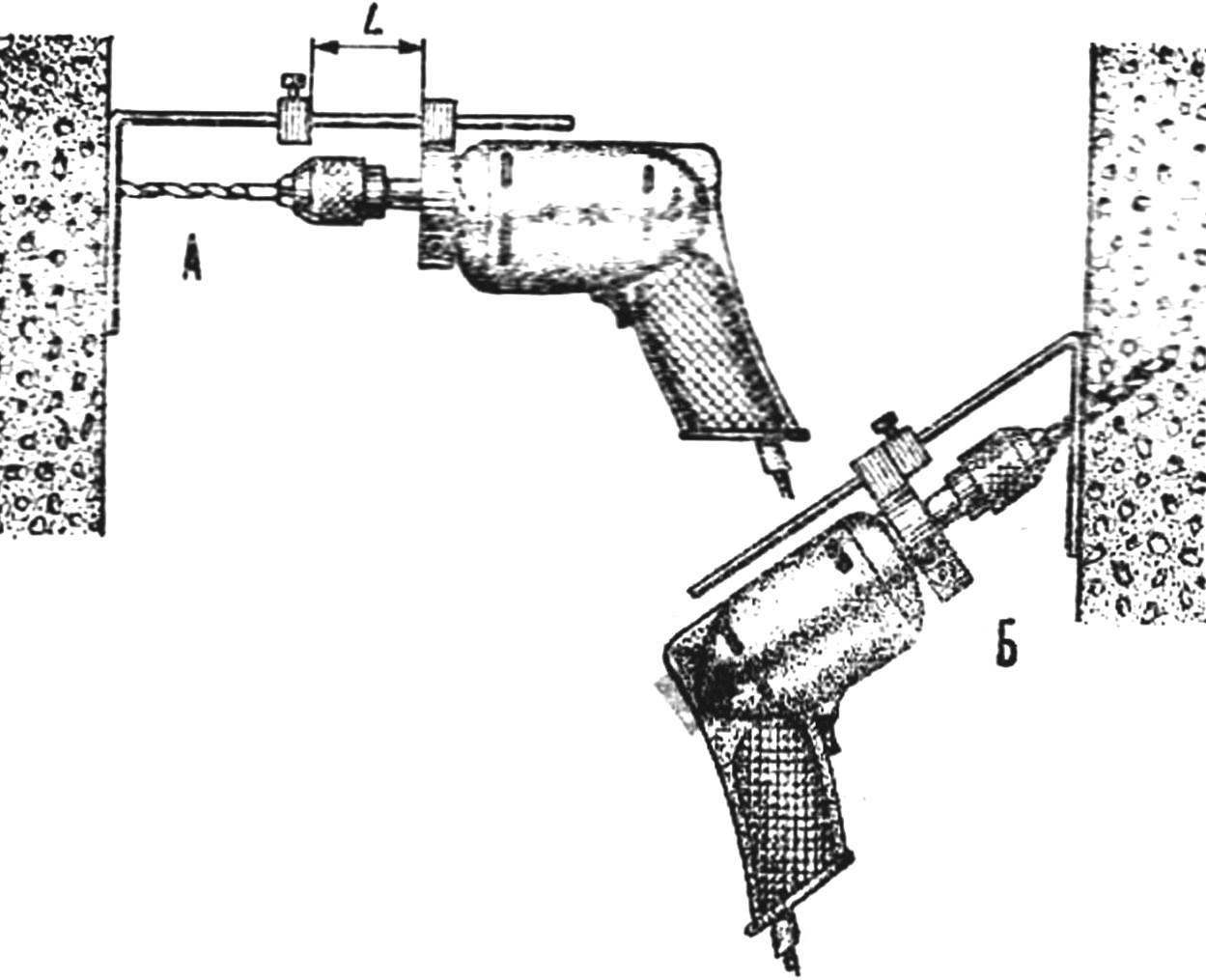 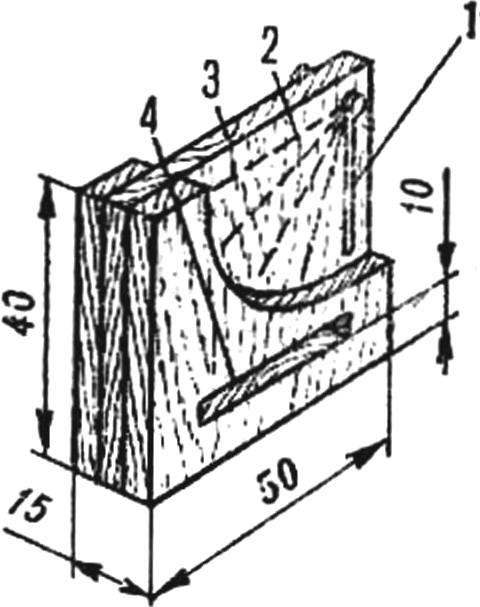 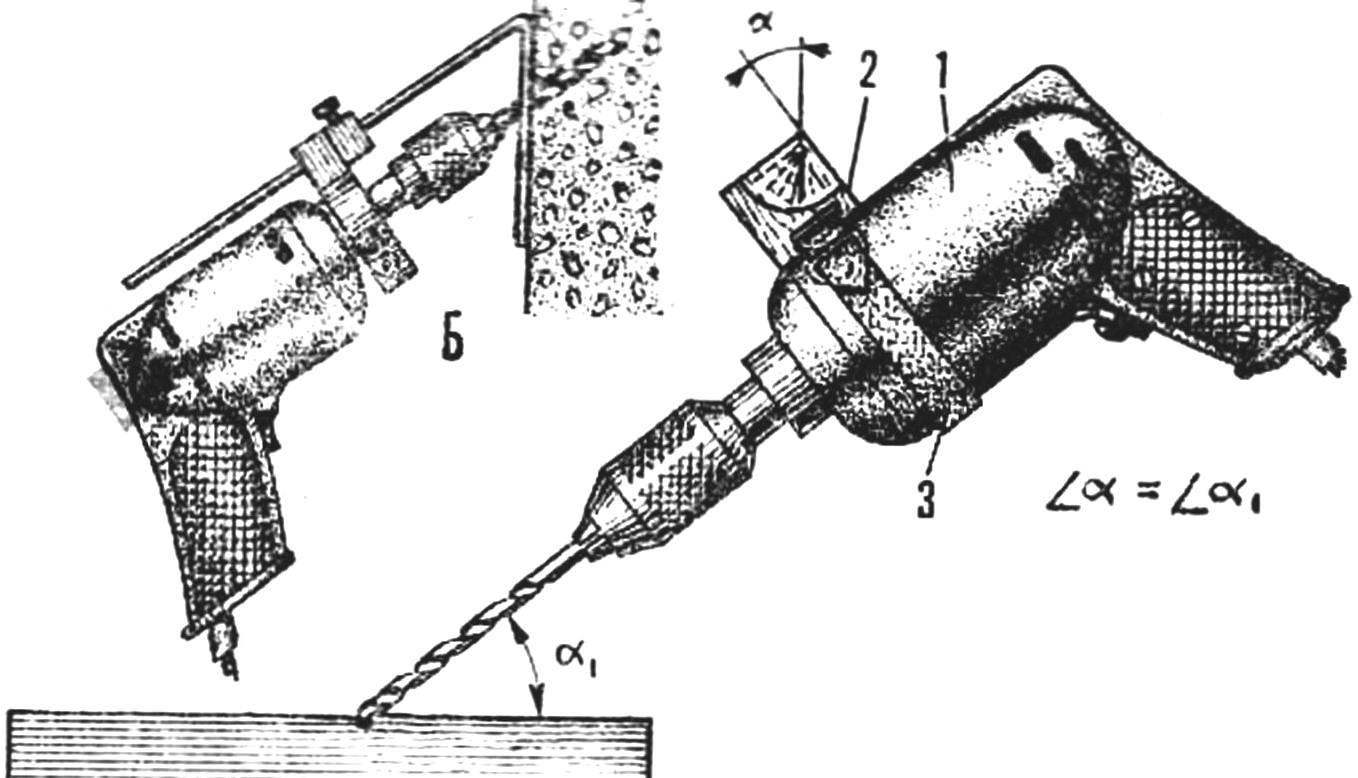