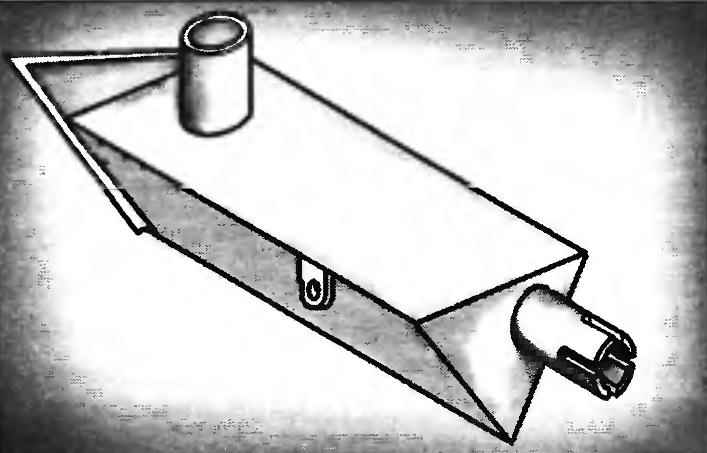 Interest in homemade silencers due primarily to the poor quality of serial products. It is quite natural Amateur designer to improve their technique. Of course, significantly improve engine power due to the muffler at a given noise level of the exhaust gases is almost impossible, but to eliminate some of the shortcomings of industrial designs is still quite real.

First of all, you can do without perforated holes as the engine, is clogged with soot, causing the noise of the car increases slightly. In addition, the design of the main muffler, many domestic cars such that exhaust flow is forced twice to sharply turn 180°. This greatly increases the resistance and takes extra engine power.

Therefore, motorists may be interested in made by me muffler. To do the same is easy, and the metal content and mass — much less than factory. Applied as the primary muffler works in conjunction with the serial additional constructions (WHA) and in all modes of operation of the engine maintains about the same noise level not exceeding the permissible limits.

5 — the installation location of the flow divider;

Exhaust silencer of an equilateral triangular prism, the front ending in a pyramid (Fig. 1). In the base of the prism welded inlet; at its end is made of four cutting — to ensure a secure fit of the exhaust pipe. The diameter of the latter are determined by all dimensions of the docking station.

Inside the muffler is placed at an angle of 45° relative to the longitudinal axis of the three guide plates. Between them and one of the faces of the body remains a gap, and the plate placed in such a way that each subsequent clearance covers the gap between the previous and the housing. Technologically it is possible to weld the plates only to the two faces of the housing, since the third overlaid and welded on the outside in the last turn.

The outlet recessed into the body for a length of about 30 — 50 mm. Its diameter and height are selected for the same reasons that parameters of input and connection with the additional muffler is welded. 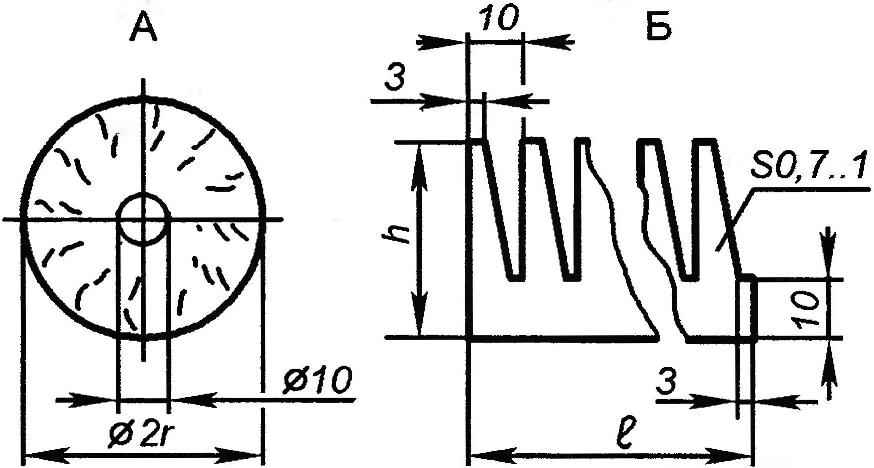 A — view along the axis of the inlet pipe;

The flow of gases from the engine first passes the splitter (at the same time performing the functions of variablenotes and throttle), and then is deflected to the guide plate at a specified angle, rotated around the Central axis and triple expanding. At the final stage, the stream flows in a triangular pyramid, performing the role of the high-frequency resonator through the outlet is expelled into the silencer. Throughout the path of the gases converts the kinetic energy into heat.

The divider flow of gases (Fig. 2) are placed in the input pipe and is designed for initial smoothing. It is made of steel sheet of thickness 0.7 — 1 mm, preferably not susceptible to corrosion. The original cut plate with dimensions I x h. Length I is determined by well known formula, determine the length of the inner circumference of the inlet pipe: I = 2 NR, and the width h = r + 5 mm (where r is the internal radius of the pipe). Then the length of the workpiece with a step of 10 mm cut out of the teeth, each arch wave at an angle of 80°, then 90° — at the base of the tooth so that the ultimately formed a crown with an inner feedthrough Ø10 mm Mounting plate by welding at several points.