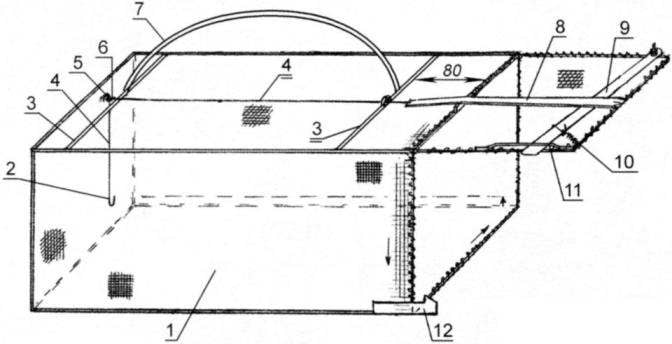 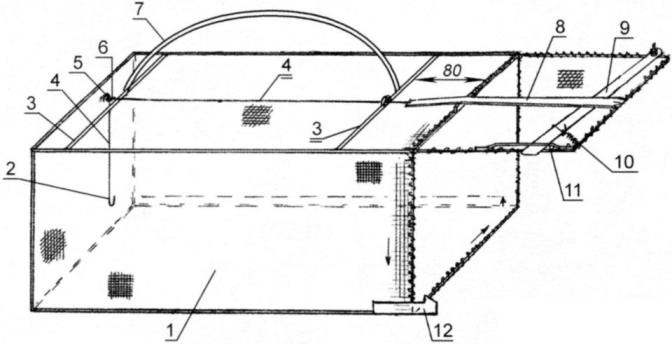 The extermination of rats is usually done by three methods: biological, chemical and mechanical. The most common and effective among them is chemical. Sanitary-epidemiological station (SES) conducts it successfully, with cereals, poisoned. But there is a problem: a long smell of the deceased out of reach of the rodent. And in a private house or in the country not to avoid. If neither the dog nor the cat can’t protect you from the rat visits (and maybe no way to keep these friends of the person) – then try a mechanical method of destruction, having made the proposed rat trap.

Bait placed on the hook in the trap. (Distance from floor to the hook – not more than 20 mm). Each trapped rodent dies down and only in the morning when your approach begins to rush.

It remains to cover the trap flap fabric and lower along with the victim in a barrel of water. I believe that this is the most suitable method of getting rid of rodents.

Description of the trap

A rat trap is made of any metal mesh: get her bending a rectangular tube, one of the ends which fasten the rear wall, the other set of the slamming door. All joints between the parts, collect the traps are held together with a wire (or spiral) coil. For rigidity in the “ceiling” part two woven-in metallic rod of 6 mm in diameter (these can be attached and a wire carrying handle traps). 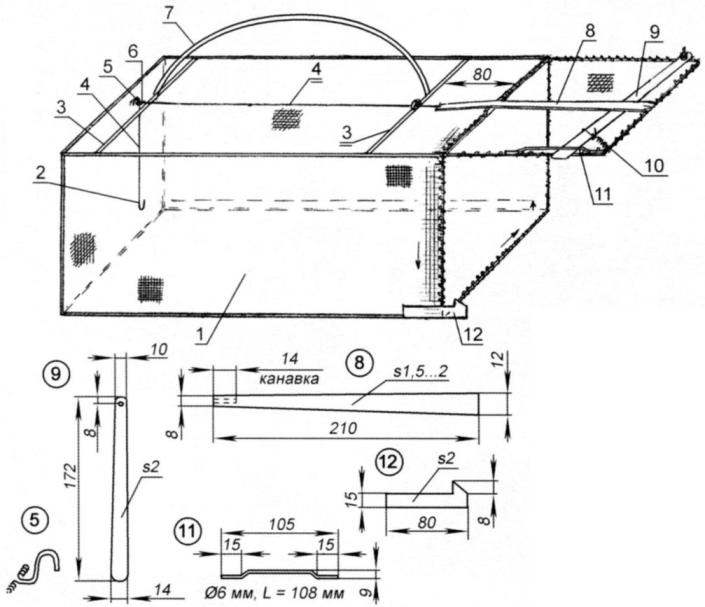 At the rear wall inside the traps through the ring is passed a cord on which is hung a wire hook for bait (preferably smoked bacon). The other end of the cord goes on top of the trap to the metal bracket on the door falling to a spring-loaded latch of a metal plate having a thickness of 2 mm.

Cord with bait at the back clings to the hook is a pointer on the “ceiling” of the trap: when you jerk the bait the rodent cord is released and the lid slams shut under his weight, and the latch closes the output. The rest of the drawings.