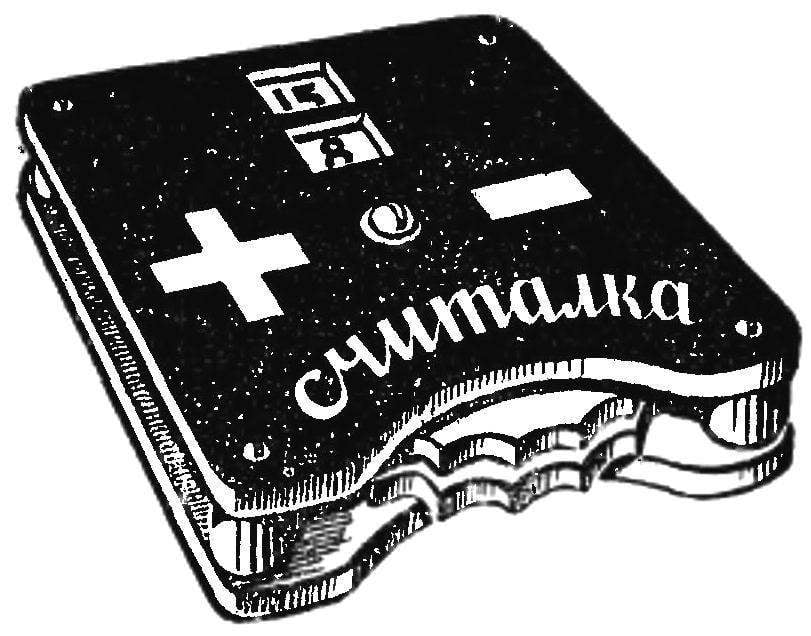 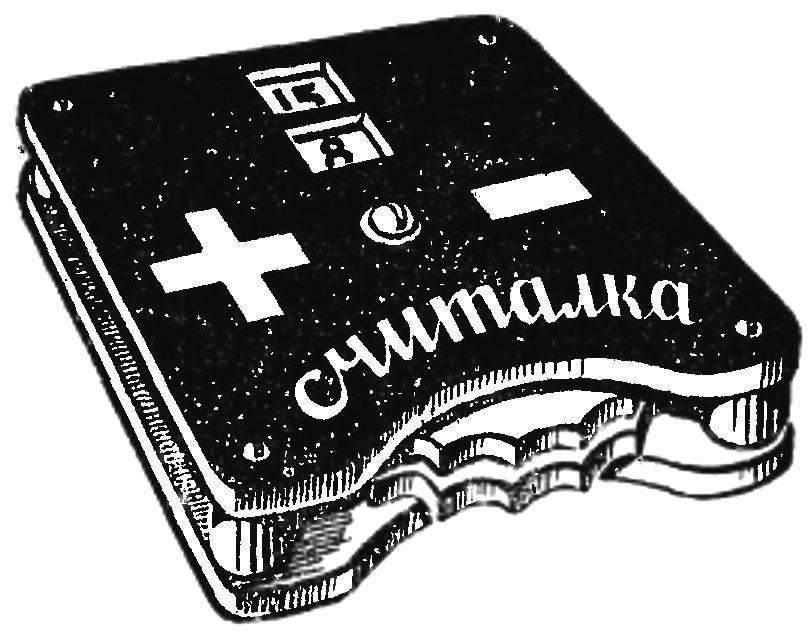 Now, not only in family but also in kindergartens of children of five, six, and even earlier beginning to see the first difficulties addition and subtraction within the initial two or three dozen. Usually in the course are the fingers, cubes, sticks.
We offer toy — “the adding machine” will greatly facilitate this process, make the necessary element of entertainment in child’s learning.
“Rhymes” (see Fig.) it is a simple device for adding and subtracting small numbers. Its principle of operation is based on the addition of lengths of arcs circles and is clear from the figure, where, for clarity, all of the division numbers are consolidated into two lines, I and II. In order for these lines to add two net, for example 3 and 4, you need the number 6 line II to combine with the first of the components — in this case with the number 3 on the line I. Then, on the line II on the second item (in our example above the number 4) will be the required amount (number 7). Subtraction is the reverse: reducing the range of I is combined with the subtrahend on the line II and over the 0 line II is the difference.
If now two lines to turn in the ring, we get a very simple device.
It consists of two discs made of transparent organic glass with applied tick marks, and plywood or plastic housing with a cut in the top of the two Windows. The main difficulty in the manufacture of disks in a thorough breakdown of the circles on the same number of parts.
The numbers are engraved or applied to the surface using a black nitro. Discs and both cheeks of the hull is going in the package, as shown in the figure, and “Rhymes” is ready. 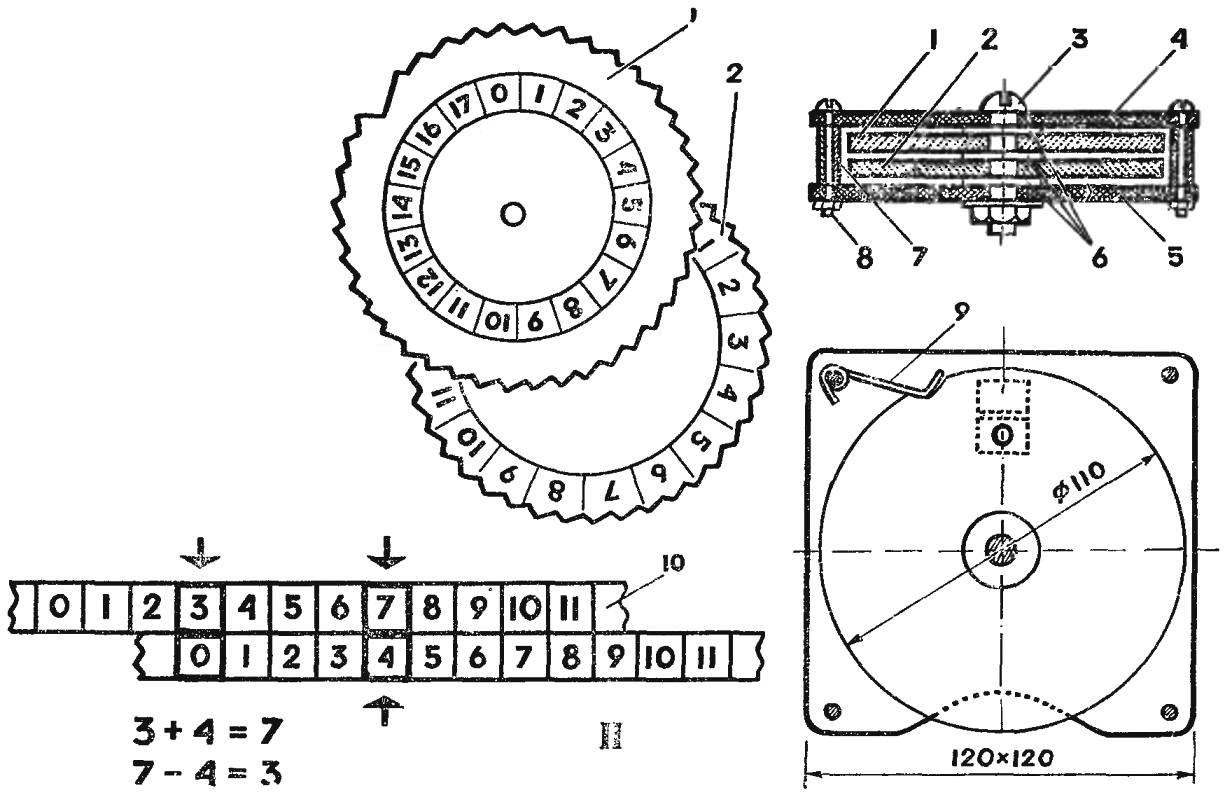 “Rhymes”: the appearance and details:
1 — disk with the internal scale (top), 2 — disk with an external scale (bottom), 3 — axis (screw M4), 4, 5 — panel, 6 — washers-shims 7 — spacer, 8 — M3 screw, 9 — latch-retainer bullet, 10 — scheme account.
Rotating both discs together, produced the number 0 in the lower box. To facilitate the search of zero preferably on the disk with the internal scale to make the latch from a piece of spring wire as shown in the figure. For this purpose, the cell with the number 0 on the inner scale well to fill in with red paint.
Then, keeping the number 0 in the lower box, rotate the disc with the outer scale until the top window of the first term. Then twist both discs together until the lower box of the second term. At the same time in the upper window will display the sum.
Subtraction is even easier. In the upper window by turning the disc with the outer scale is set to the minuend. The rotation of the disc with the internal scale in the lower window, set the subtrahend. Further, both drive twist together, until a zero in the bottom window (or until the latch catches). In the top window will be the required difference.
Despite the apparent complexity of the calculations, my six year old son has mastered “the Rhyme” for half an hour.
I. EVSTRATOV, design engineer