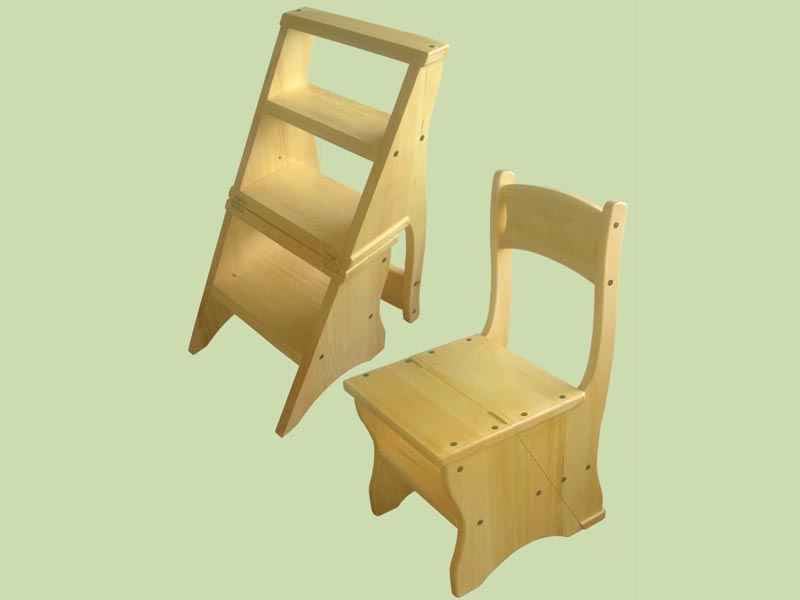 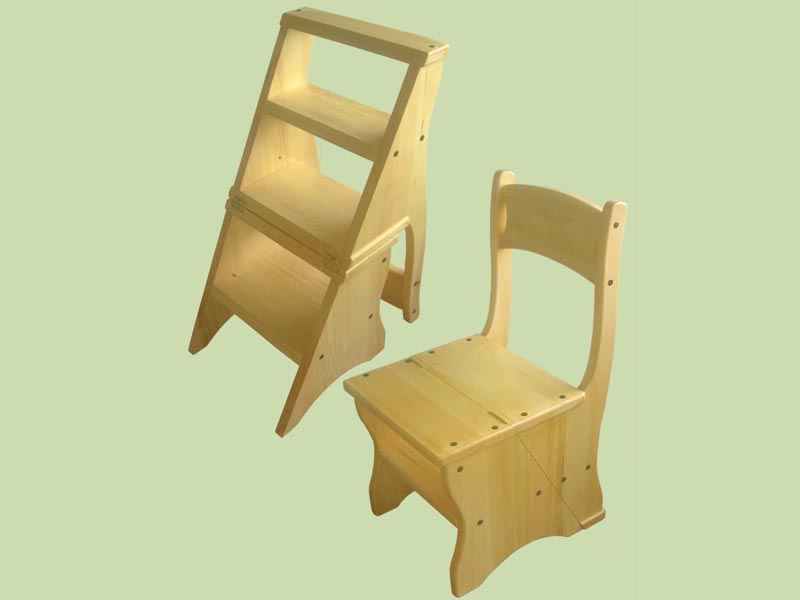 Do I need to look at the loft, to hang curtains or drill them holes on the ceiling — a lot of household chores due to the need to use a small stepladder. And if it is at home — begin to pile up substitutes from the existing furniture, which can lead to falls and serious consequences.

Those who got the ladder, we have to solve another problem: where to put that bulky thing to store so that it is not interfered with — because the need for it occurs not often. That’s why many may be interested in the ingenious design proposed by the Hungarian magazine “Earmaster”.

At first glance, this chair is of normal size, except that a few more heavy that more than forgiven him. because in addition to their normal functions, it in any moment easily and quickly turns into a small ladder-ladder. And you do not have to assemble-disassemble: it is enough to pull the chair back and lowered until it stops on the floor. The chair is seemingly divided into two halves, but they are not disconnected due to the connecting hinge of the piano or card loops.

After a simple transformation it becomes evident that within these halves of the chair, playing the daily role of the seat and feet, built stairs in front of you is reliable, robust, ladder-stepladder. And just as instantly it again can be turned into a chair.

THE DEVICE AND MAIN PARTS

The main difference between combined chair — in its lower part, the legs do not exist as such, they replace the box-shaped base, the top panel which serves as a seat and side panel — pillar. And the seat, and sidewall cut into unequal parts, the latter at a certain angle, which is necessary for convenience in the “ladder”.

In one construction of the base are connected, on the one hand, the piano hinge on the seat, and with another — and even built-in inside steps. All the details of the substrate can be made of chipboard with thickness of 19 mm; height of the sidewalls is the standard for chairs (about 450 mm); their width is determined by the dimensions of the seat (in the plan — a square with sides 400 and 420 mm). Accordingly, the selected and the dimensions of recessed steps.

For the backrest can be used made from an old chair or collected specifically; two vertical bar size 900x45x30 mm; two horizontal strips of the intermediate boards 20 mm thick with slats in between 15 mm thick. 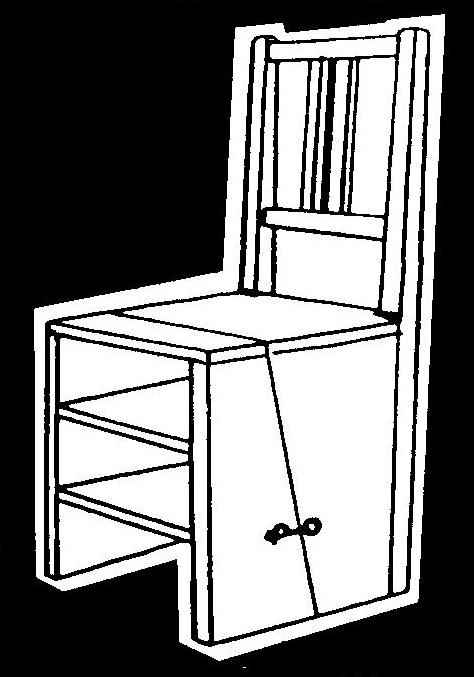 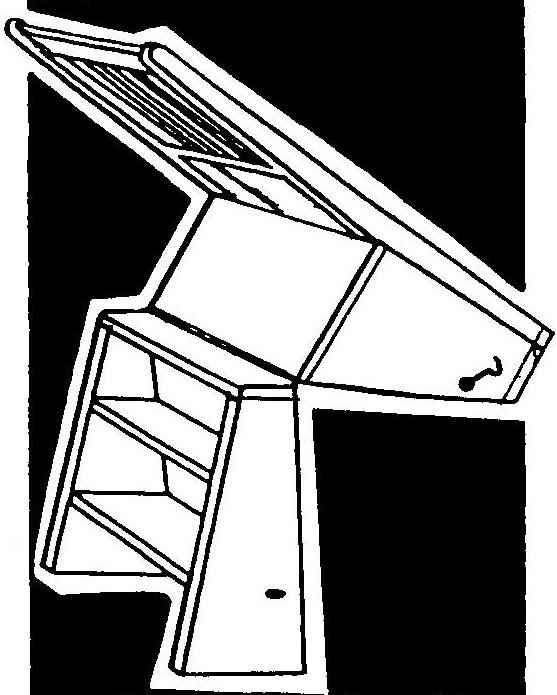 The transformation of the chair into the ladder 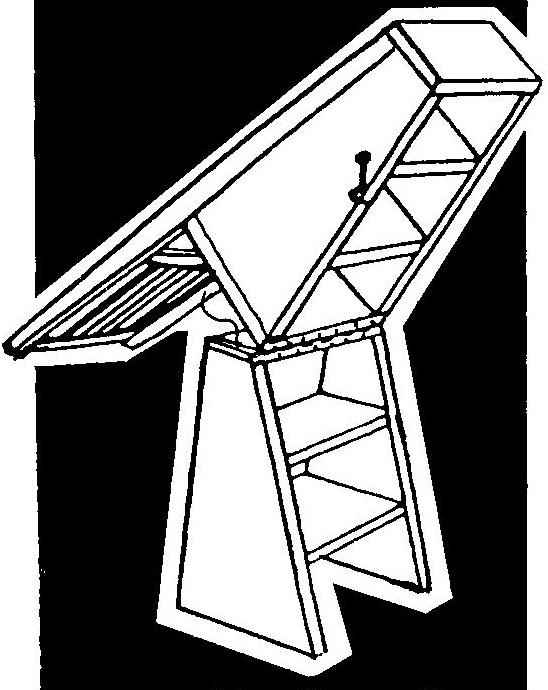 The end of the education ladder

Both halves of the base going in any order in the following sequence: first the sides with steps, and then is applied on top of the corresponding portion of the seat; the connection of all preparations among themselves — on a plug-in round thorns with glue (carpenter’s, PVA). Then between the parts of the seat piano hinge. To half the base in one piece, on the side is attached to the hook (the same can be set for the provision of “ladder”).

Remains to the finished base ready to attach the back, you can also do this on round thorns or thin long screws with glue on the pre-prepared holes. If the back is a homemade, pre-Assembly of its parts — the finger jointed with glue.

After Assembly, all surfaces can be painted with nitro or enamel paints.