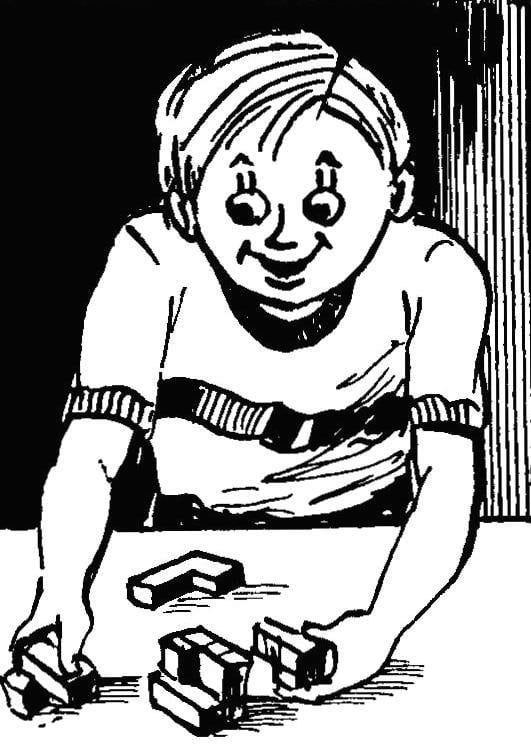 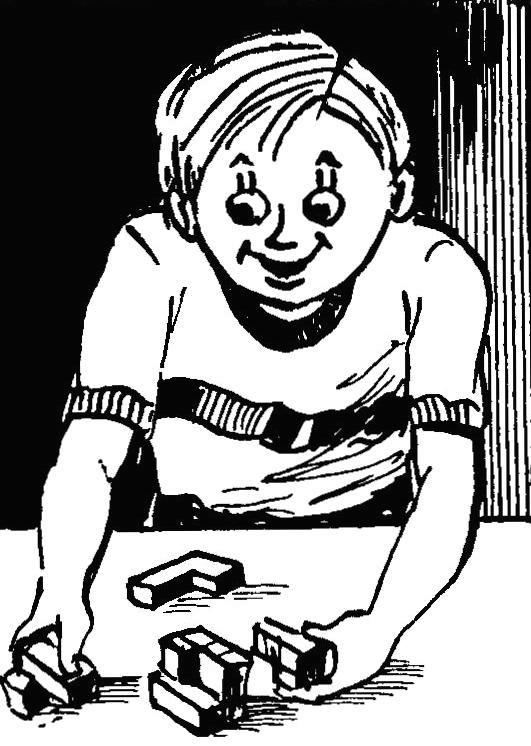 The cubes have always been for kids the most popular toys, because most “obedient” to their fantasies and allow yourself to collect a variety of shapes. But the kids pretty quickly “outgrow” them, lose interest in simple geometric forms. What if there are several complicated? For example, to glue together two, three, four cube? Of these elements, says the Hungarian magazine”, Earmaster” to collect the figures will be harder, and hence more interesting for older children because the game becomes like a puzzle.
The most simple combination is obtained from two glued cubes is like an elongated cube-bar. These also come in handy. However, they allow to complicate their original form, Combi-blocks; for example, if two such bars again to glue together, gently sliding them in the horizontal position relative to one another (A). A more complex version will work if one of the bars attach to another in an upright position (B and E).
Three dice are expanding the variety of connections: from simple elongated bar to the angle (W). The same can be said about adding a fourth cube. Pasted on the corner of J. it turns it into a small pyramid (In), and the side — forms like shapes behind the letters (G and q). 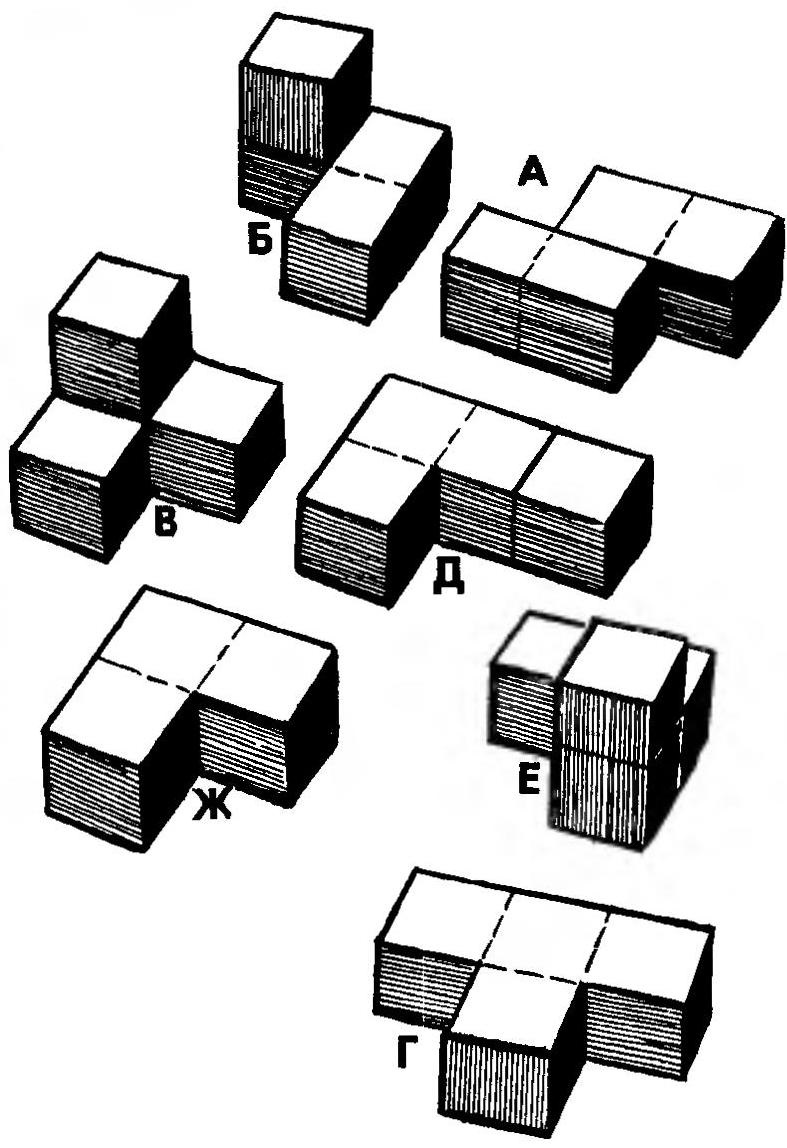 Blocks “Zigzag”:
A — dubrosky of four blocks; B,E — NC staggered four-sided dice; In — angular blocky; D — t-shaped; D — shaped; W — corner three blocks
Of course, you can add five, six blocks, but this would unnecessarily complicate and even impede the Assembly of the desired shapes.
And what shapes the puzzle can be folded from Combi-blocks, shown on the left. There is a seemingly simple, such as “Fence” or “wall”, and there are rather complicated: a “Snake”, “Rocket launch” or “Big cube”.
In this case, the kids have something to smash his head. And the original Combi-cubes can be made with the participation of the children themselves.