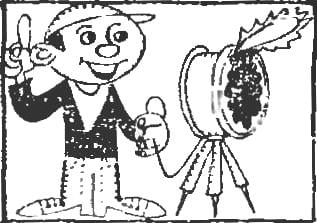 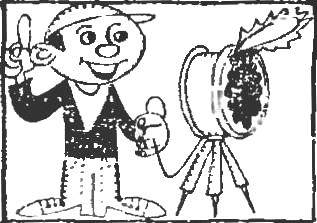 Is it worth to reinvent the wheel? Readers of our magazine have long been convinced that it is worth. Example to the materials published in recent years in our magazine, spoke about the infinite variety of unusual bike designs — a Testament to the unstoppable imagination of their creators.
Well, the camera? First invented over a hundred years ago, he has reached the limit, it would seem that technical perfection. Appeared semi-automatic and automatic machines, tele – and wide-angle lenses, and more.
Is it possible to get by without it? “Yes,” says our reader N. Egorenko, offering a description of them made a simple camera… with lensless lens. Or rather, does without lenses: it is the role of “hole” — a microscopic hole pierced by the needle point.
Such a device N. Egorenko manufactures, a few minutes from the cans and a few sheets of thick opaque paper.
The camera is “subject to the” picture sizes from 24X36 mm to 13X18 cm — it all depends on the dimensions of the “body”. They can photograph anything — landscapes, architecture and even portraits. Dual cameras, you can shoot a stereo pair. Work and reproductions of drawings, paintings. Perezhimaya small original (e.g., mark) at close range, you can get it enlarged photographic image. In this case, the apparatus performs rope magnifier. Not alien to this simple camera, and such modern methods of producing photographic images as spidy. However, the sharpness of color images is not so large, it is desirable to consider with a slight increase. All shooting is performed without any focusing. The objects located in the foreground and in “infinity”, get equally sharp. “Lens” is so versatile that gives the possibility for the designer to produce Tepe – and wide-angle camera. Sverkhshirokopolosnye the apparatus can be made of… aluminum pans Ø 200-250 mm. the “angle” when shooting equal to about 120°, but the light at the edges is considerably less than in the center. 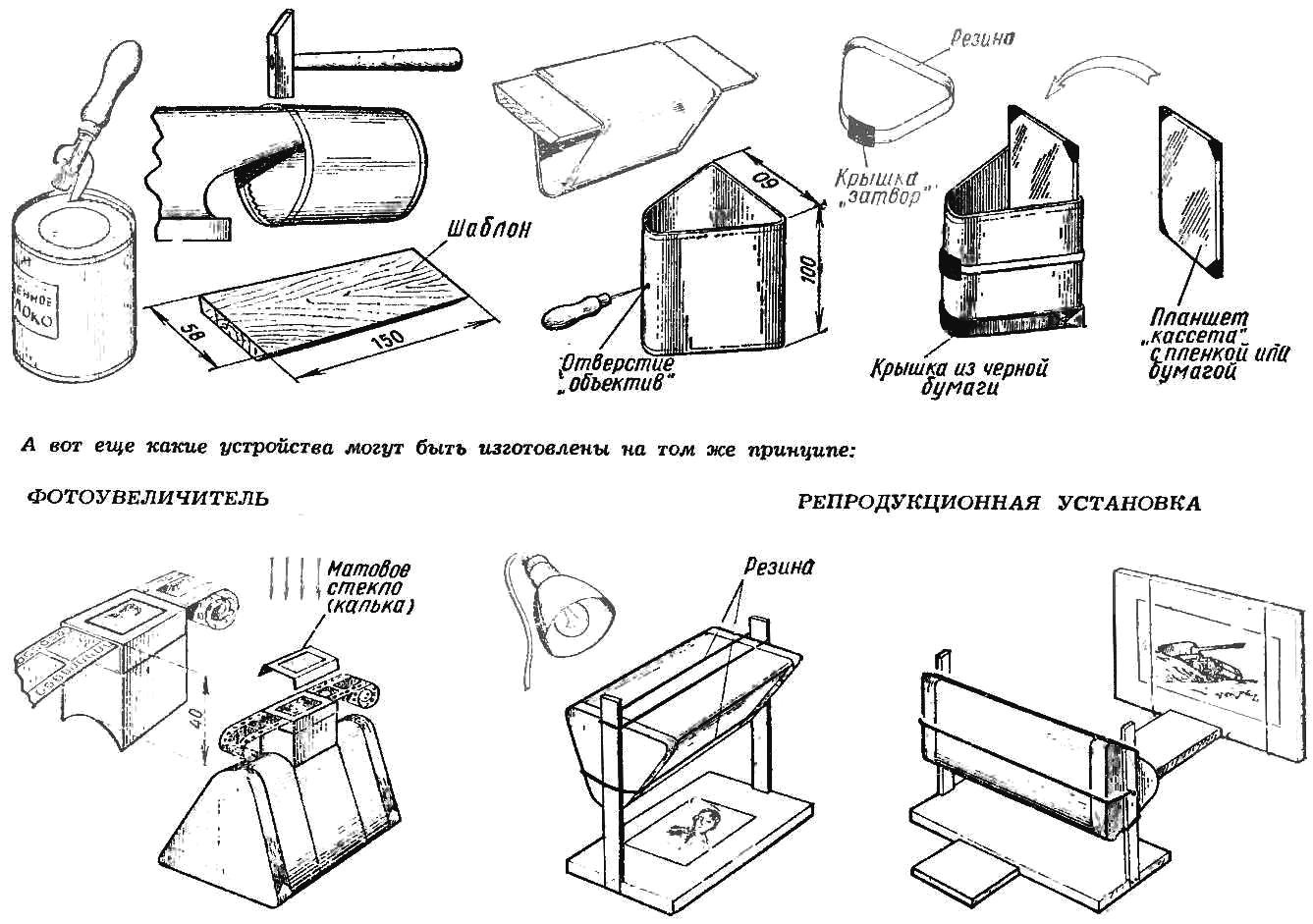 Despite the apparent ultimate simplicity of the device, such cameras require, says the author, compliance with certain conditions in the manufacture of “optics”, the case, and also “technique” of shooting. The diameter of the working hole needs to be a 200-250 times smaller than the distance from the rear wall of the chamber to the hole, and is 0.10 to 0.16 mm. it is Necessary to consider that the smaller the hole, the better the sharpness of the image is, of course, to the detriment of the “aperture” of a lens, which is small (1:500). Such “aperture” of the lens exposure in photography ranges from 5-10 seconds (on film) to 10-20 minutes (on photo paper). In each case you need to make a test shoot.
Camera design is so simple that it requires no special explanation. Here is a sample order of operations in the manufacture of the apparatus.