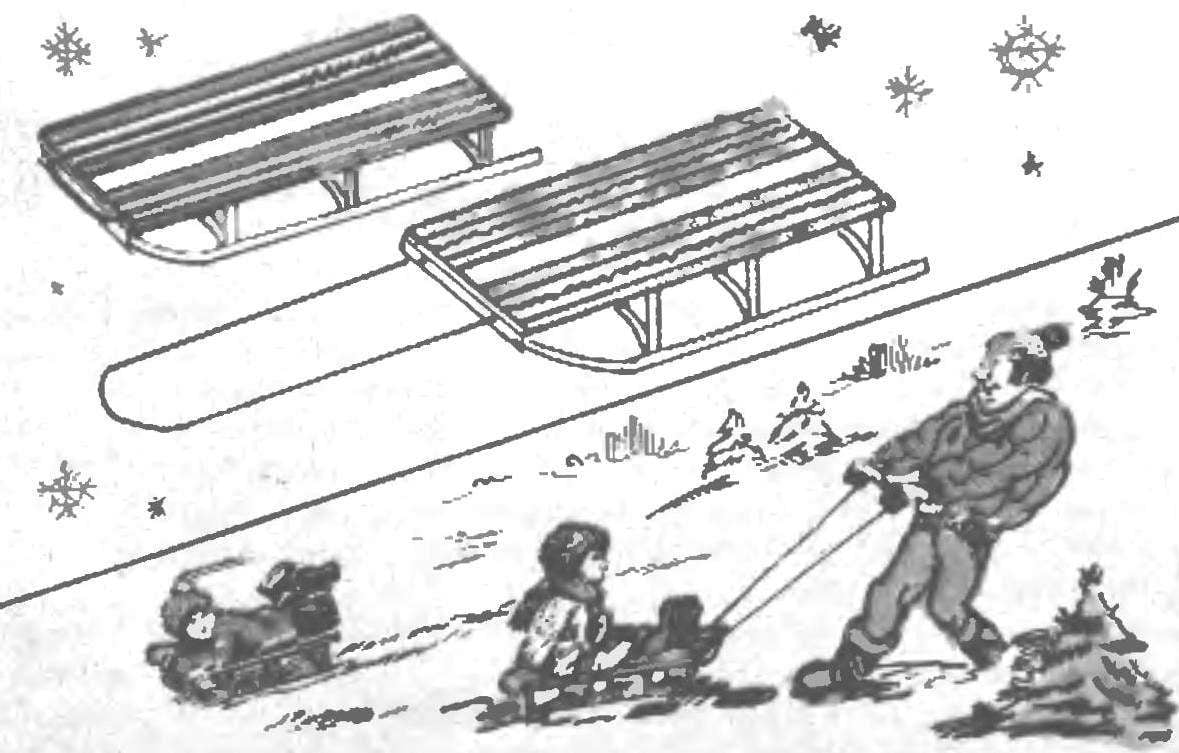 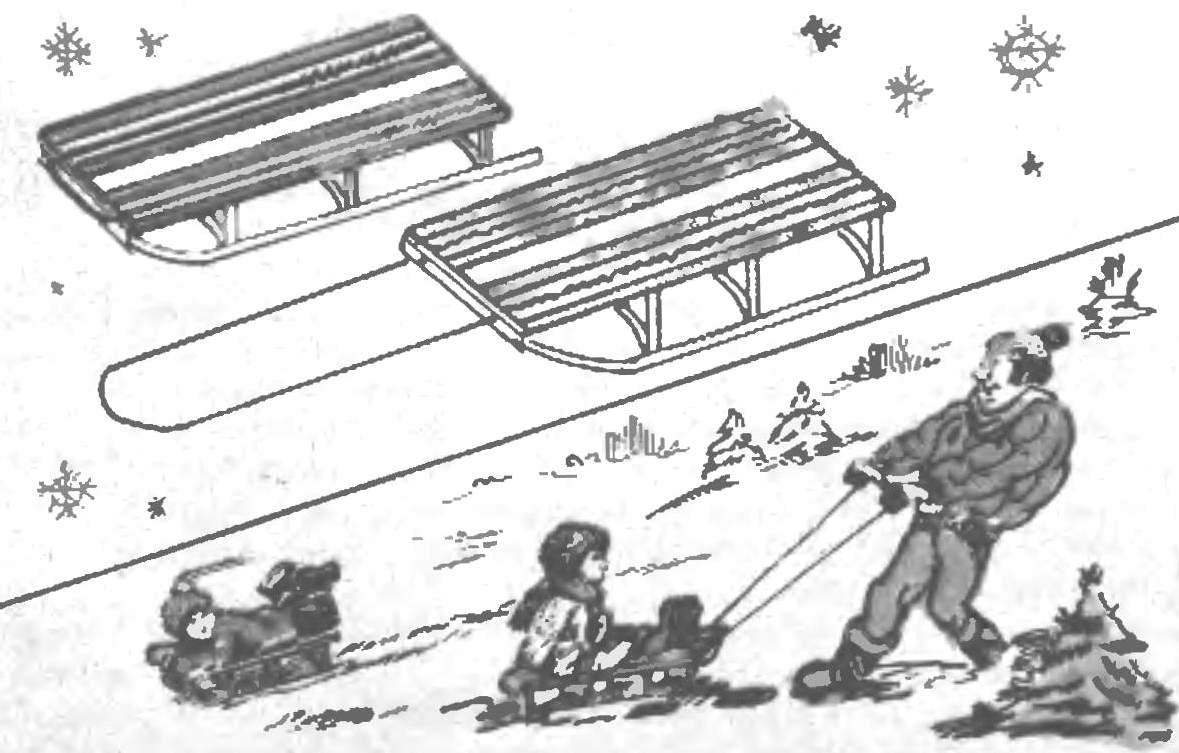 That the cord does not interfere with the movement of the sled during the descent from the mountain, I propose to make it retractable. For this to end you need to tie the two segments of elastics and pin them at the back of the sled. The knots will serve as the limiters of pulling the rope when towing.