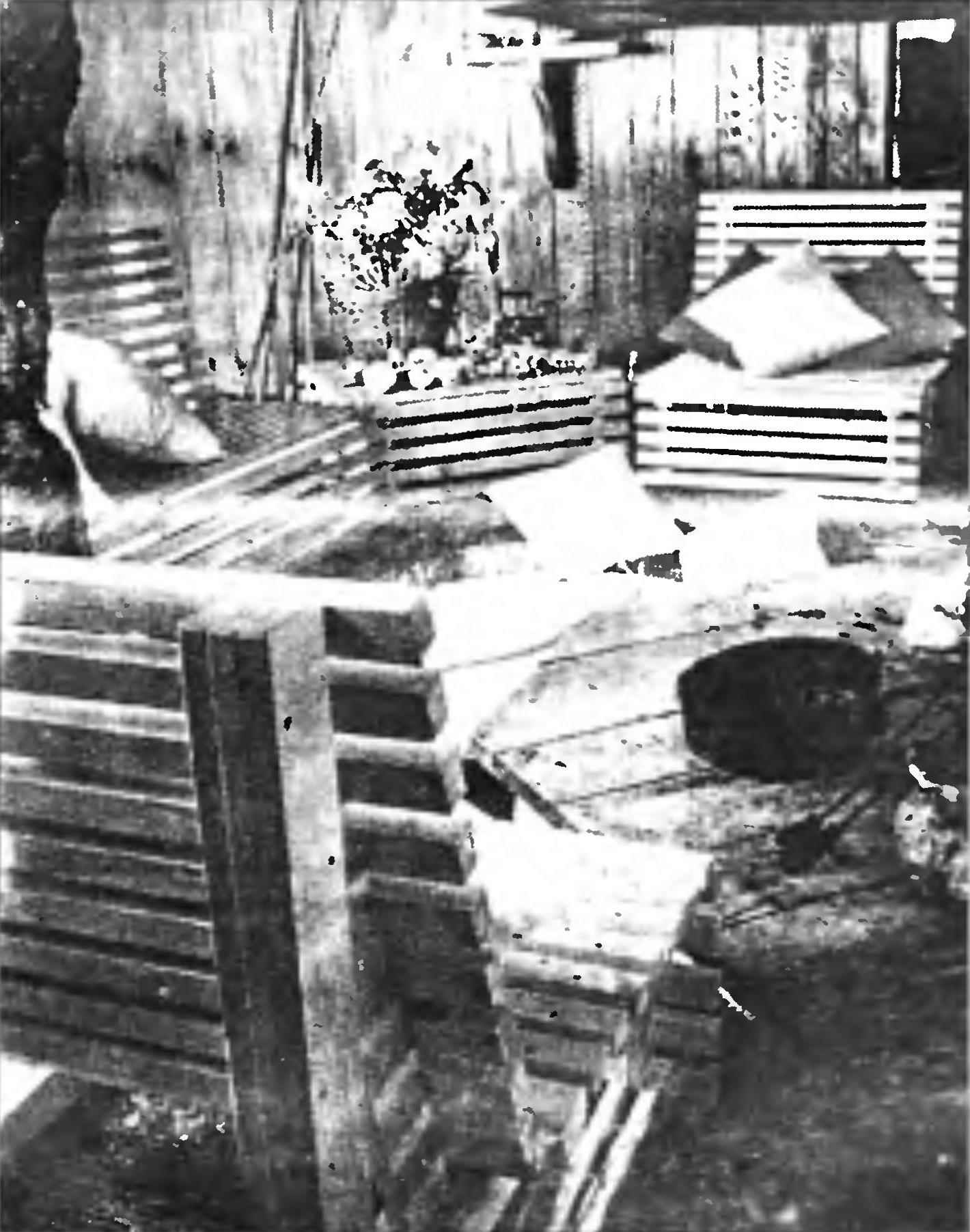 When construction troubles in the suburban area behind, and finally, there is not just a roof over my head, and housing, regardless of how large or small, there is another problem — the improvement that is built.

Many do not consider this to be a problem, but just dumped here the old furniture that was unnecessary in a city apartment. But if it helps at first, then over time becoming more visible in its foreignness, a mismatch between the features of a country house, even if the walls of the rooms are covered in the city, the most beautiful Wallpapers.

The specifics of the house requires a different approach to interior decoration, especially furniture. Not by chance there is a desire to do it yourself and not by city standards, and not from traditional “the panel” (panel-mounted) materials. 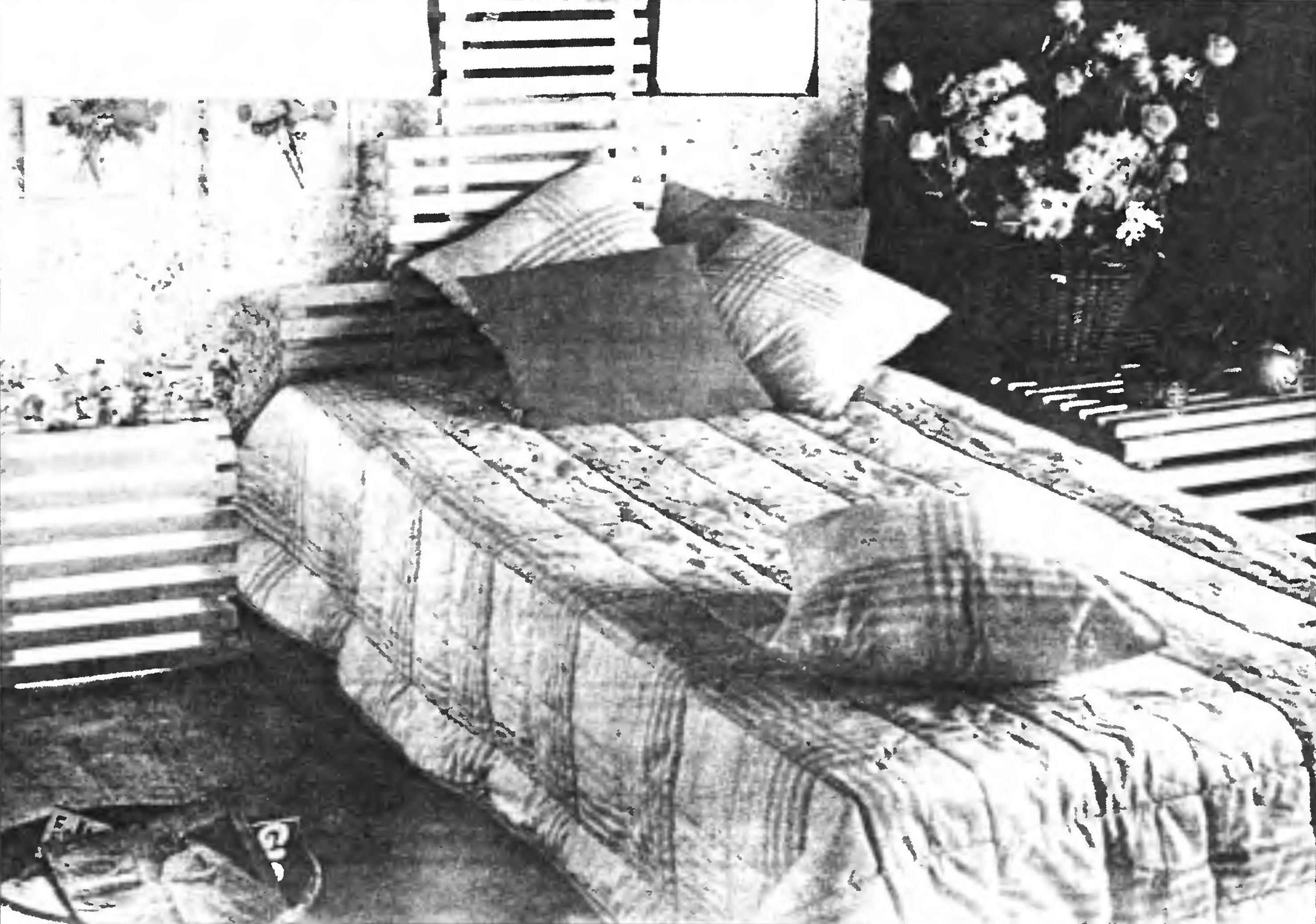 And one of the available options such fabrication is the use of “rack-brusochkah” designs. Moreover, this material is still widely used for fencing of the plot in the form of a fence. As an organic continuation of its application and the Assembly of furniture, such as the one presented here headset.

Shown in the drawings examples of “rack” furniture does not exhaust the possible options: they are interested in the approach, the principle of creating familiar objects from seemingly too simple material. And methods of Assembly not only available to everyone, but universal: they allow us to make any thing the headset of the future at its discretion and with reference to a specific place of its arrangement. 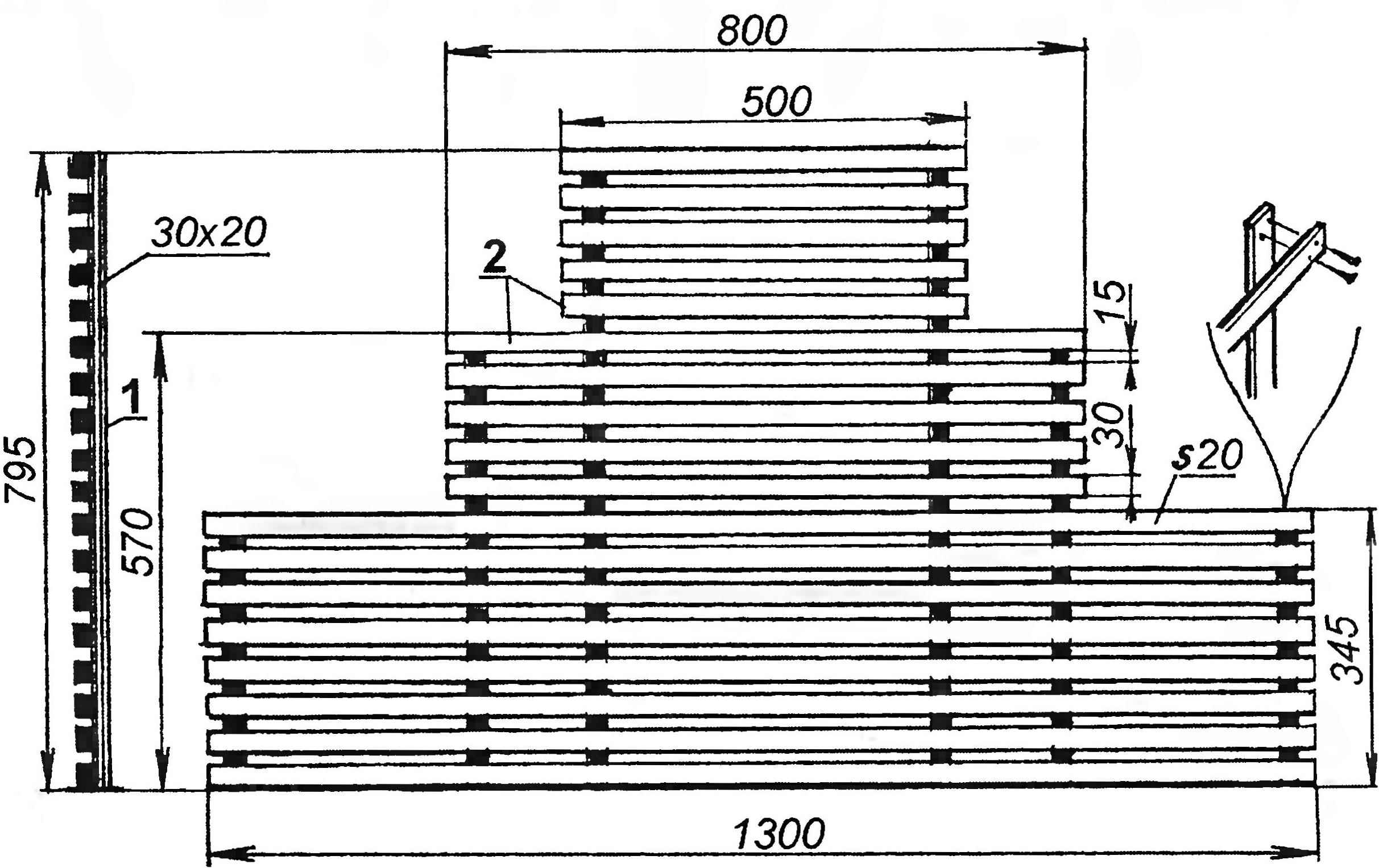 Will start looking at “the rack” furniture, with the largest design — beds. She would be headed by a lattice set, is a single whole with it thanks to the slatted headboard. At the same time, it is the only subject in which no loss to the General solution can be used the old base — though grandpa’s armored mesh, though not less than he served, but constricted spring mattress with wooden frame and bars for legs, because it will still be hidden some modern “nakimushi”-blanket. 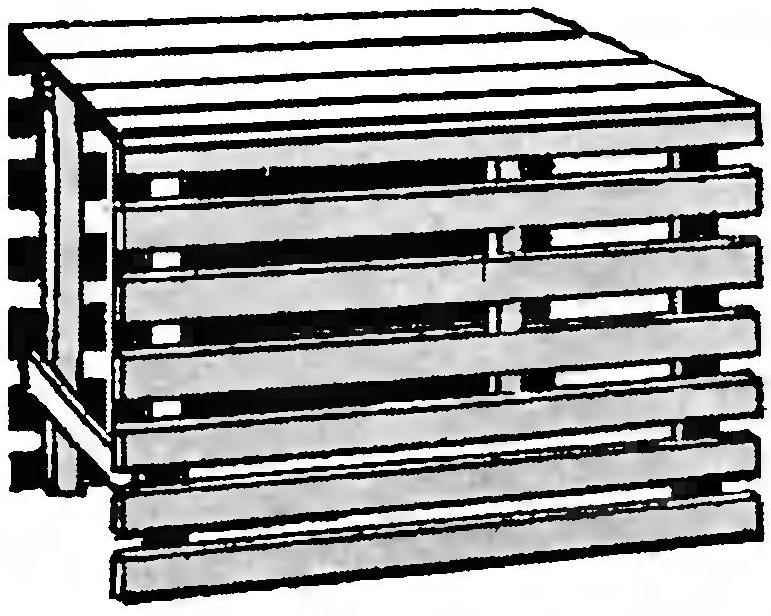 So the focus can be paid to the headboard. Original in appearance, construction is extremely simple and is a simple lattice shield, assembled on the nails or screws six vertical slatted racks section 30×20 mm horizontal and eighteen of the same section. The pyramidal form is due to the fact that the vertical and horizontal slats are of unequal length.

If you look at the other items the headset, it can be noted here, the same “shield” approach to the Assembly. For example, a table and a stool can be made in stages: first separate side panels, then the top, and after that their Assembly into a unitary structure. Reiki for these items are the same — cross-section 30×20 mm. 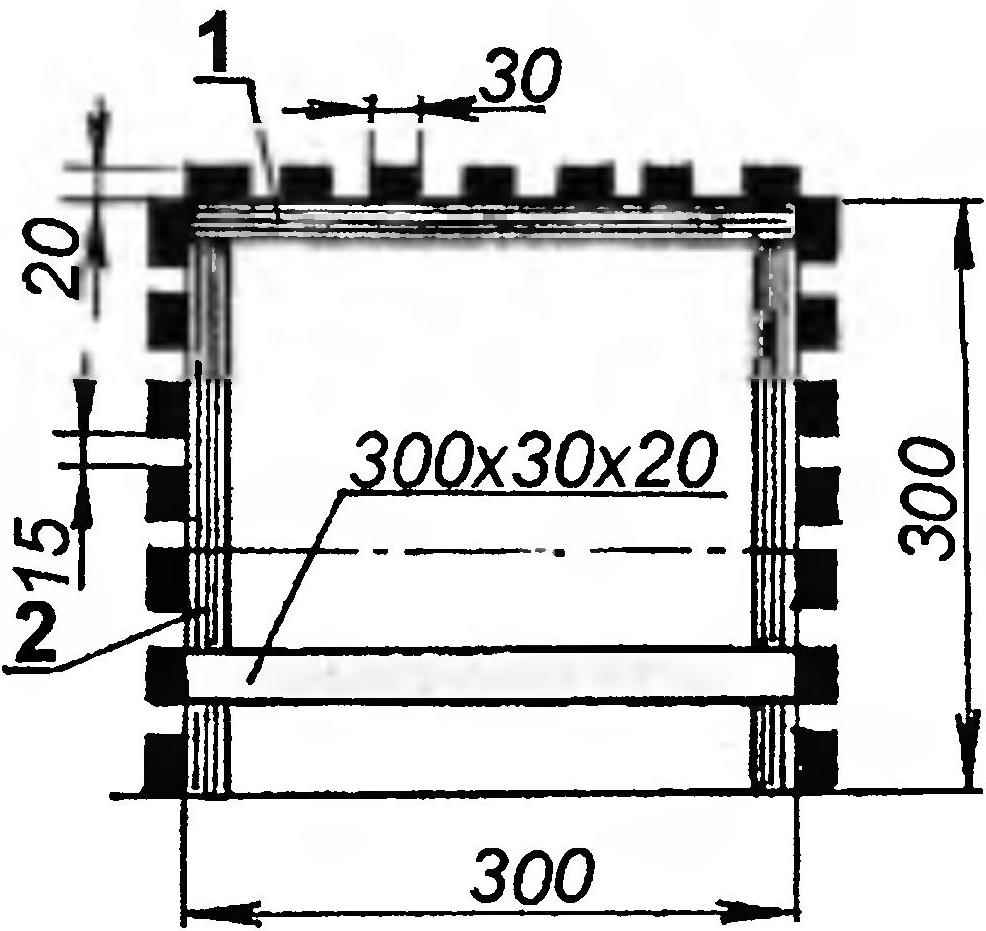 About the same may be collected and podsvetka slide. Although it is possible and a slightly different version: first of the individual slats going side frame boards, and they had already made the rack and covering the step part of the structure.

Sobinco is obviously only a sofa chair, which, unlike other items, in addition to the vertical and horizontal parts are even inclined — back. Apparently, it was because of her design includes some elements gain: double the horizontal and vertical frame elements, which require a slightly different Assembly sequence. However, here as podtsvetochniki slides, it is advisable to start with the Assembly of frame parts, finishing the seat and backrest.

All items will look great only if a thorough pre-treatment of used rails with a plane, followed by sanding with emery paper, from major to minor her grit.

As for the final finishing of collected items (paint, varnish), the decision will depend on the taste and ability of the manufacturer, and features of the surrounding decoration of the interior. For example, if the walls are papered close to the tree shades or covered with boards and lacquered and set to ulcerate (if necessary with pre-treatment stain). If wooden wall panels without paint, better furniture and to leave the natural wood surface, only protecting it from capaccioni any furniture wax mastic.

Such furniture items can be manufactured for a gazebo and green area of the plot — in this case, they must be painted with oil paints. 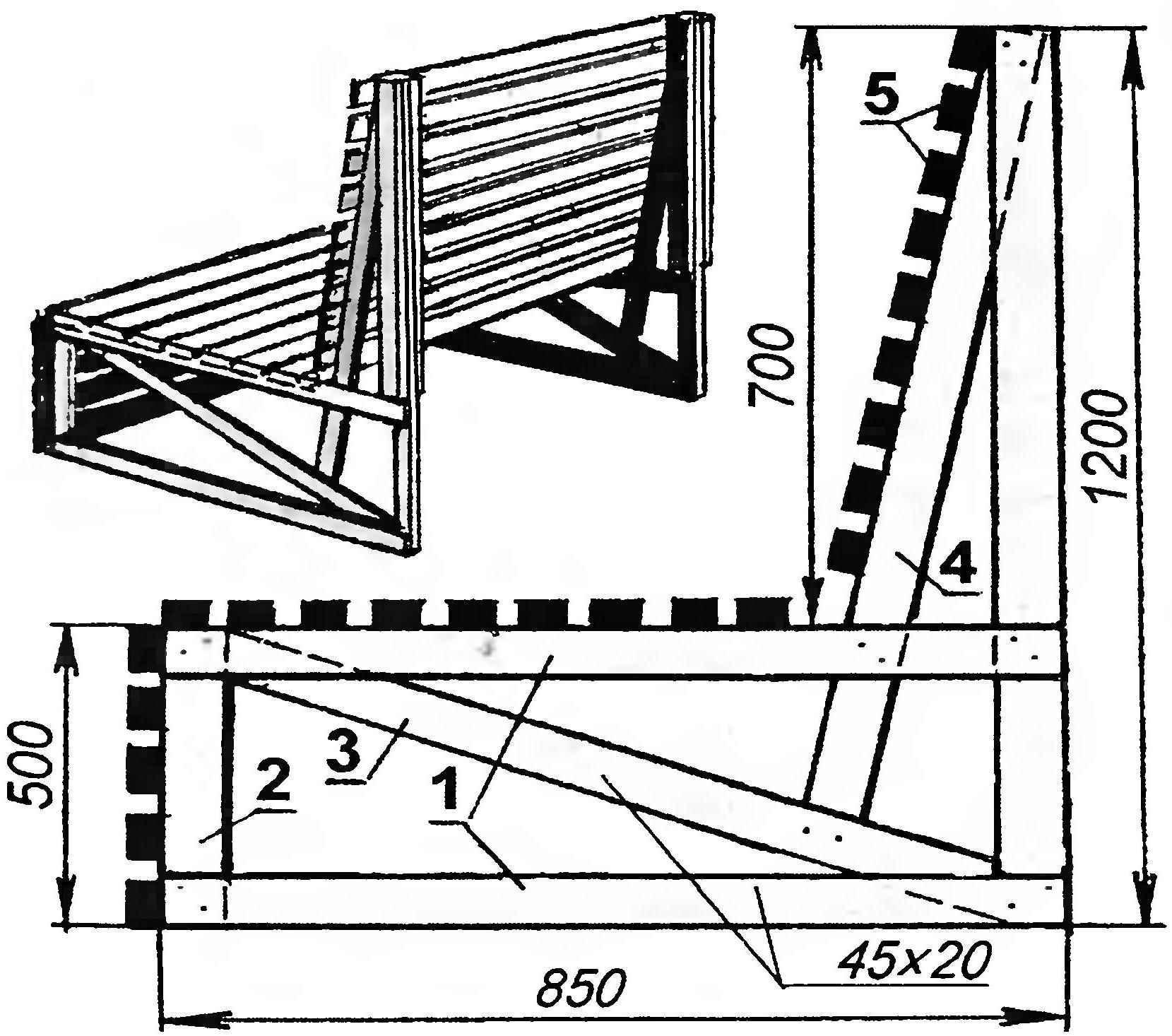 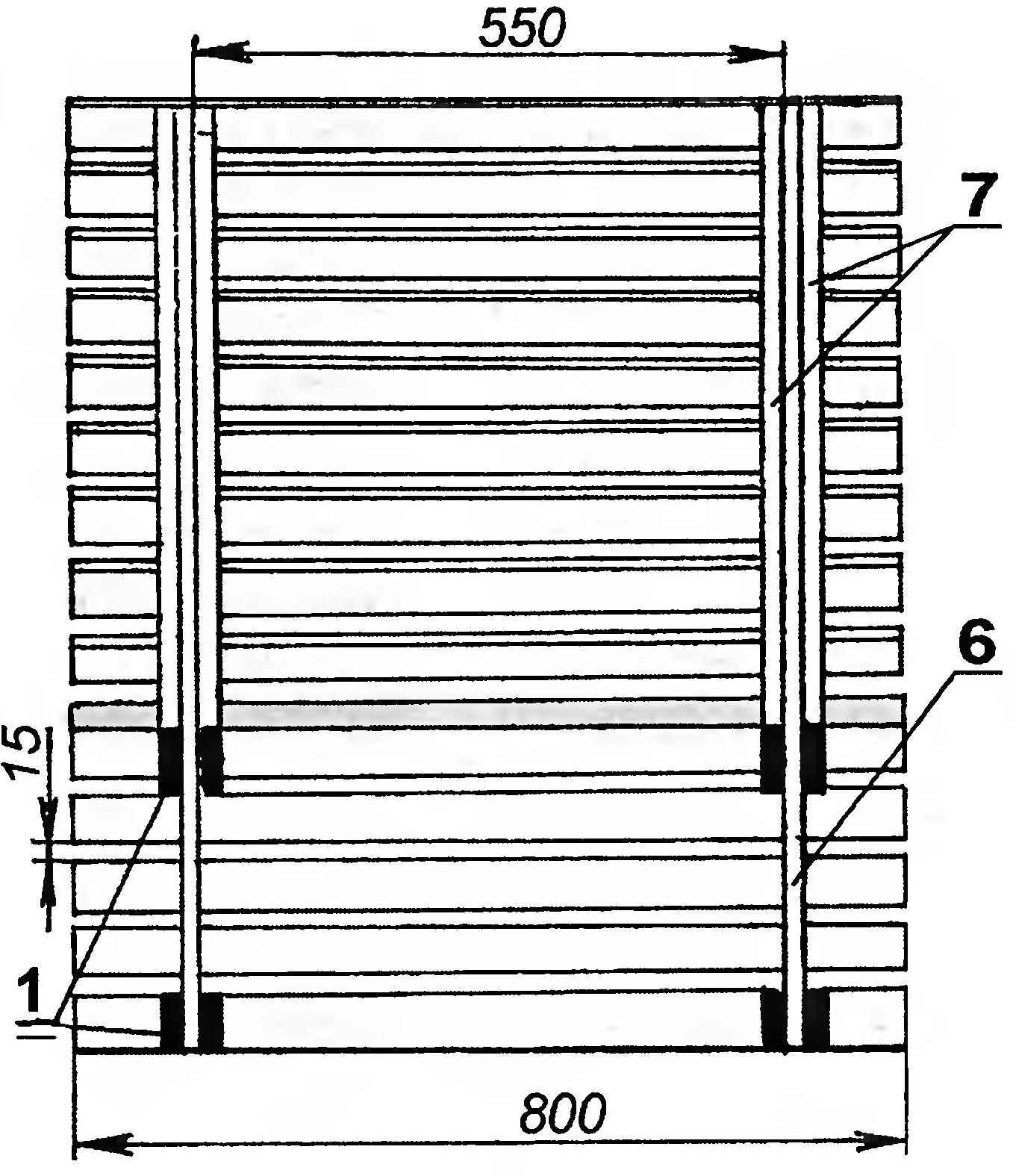 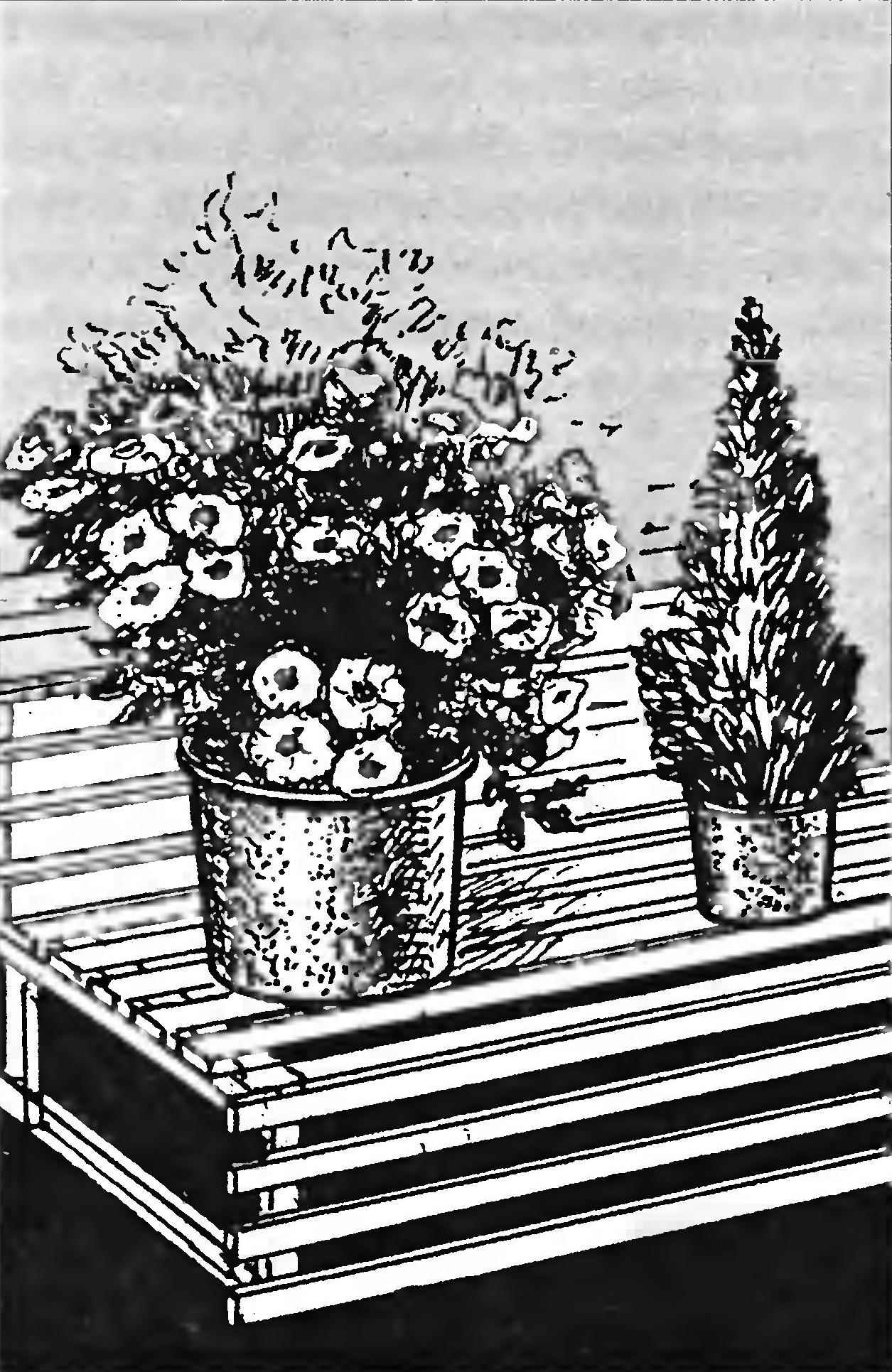 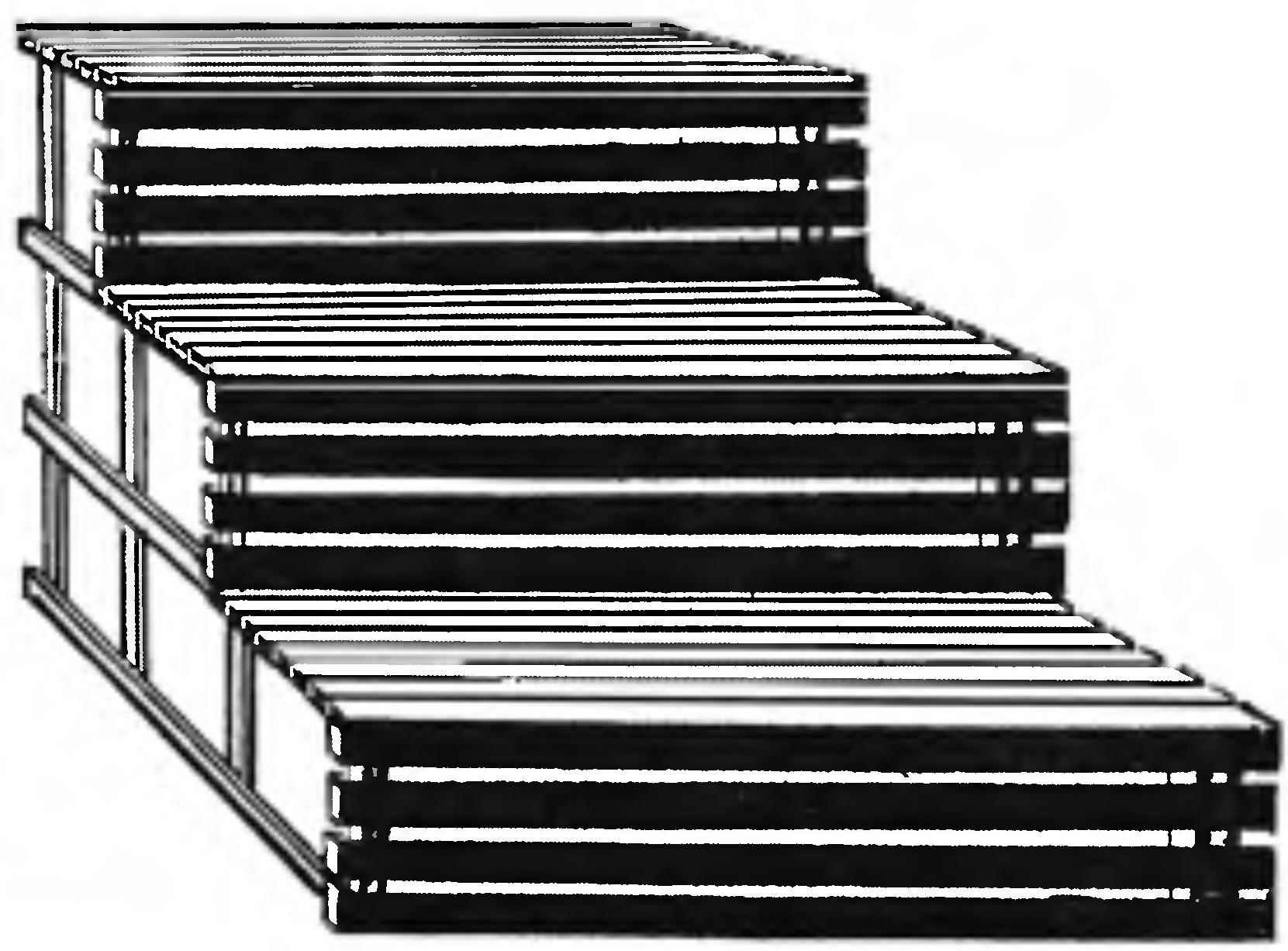 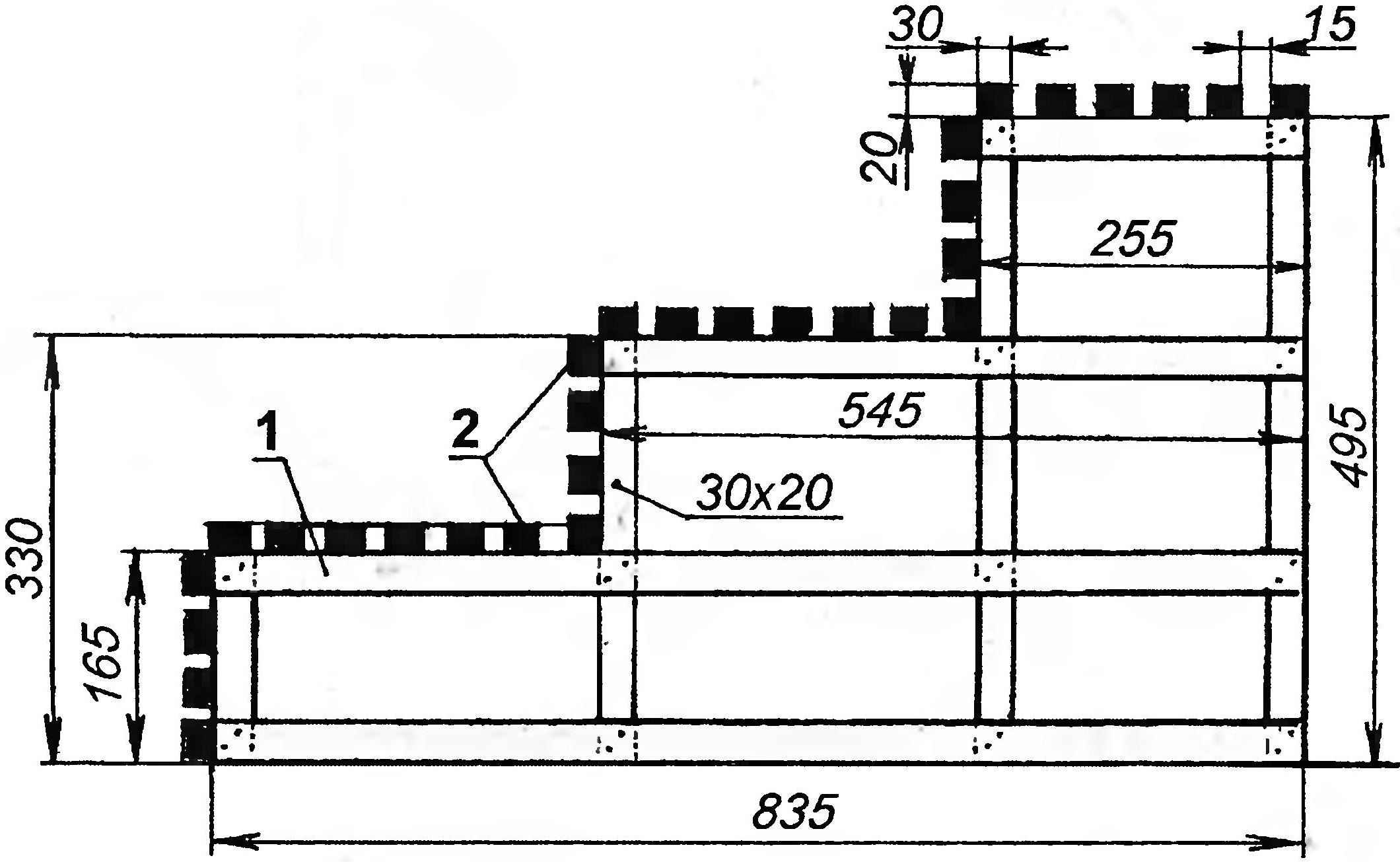 The stool (or bedside table):

4—brace of the backrest;

5—the slats of the covering;