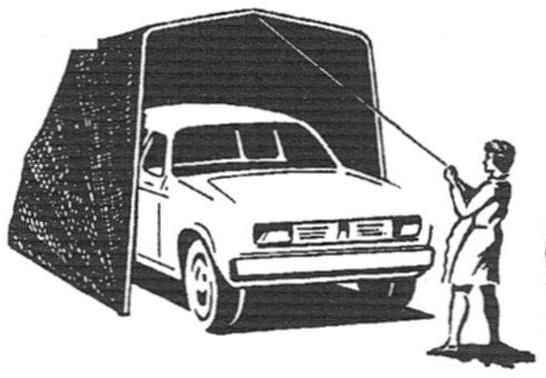 The garage-type “shell” have already become usual for our urban yards. However, in many cases — for example, in the country — you can install a simplified shelter, make on to the motorist.

So soft “shell” consists of seven frames mounted on the two grounds from boards in the thickness 40 — 50 mm and a width of about 200 mm Frame — wood, they are assembled into the casein glue of bars section 40×80 mm with reinforcement in the corners with plywood gussets. To the base they are fastened pivotally with the lugs of the steel strip section 4×40 mm screws M8 or M10. The corners of frames skipped strong cord (preferably nylon), giving the structure the necessary strength and rigidity. 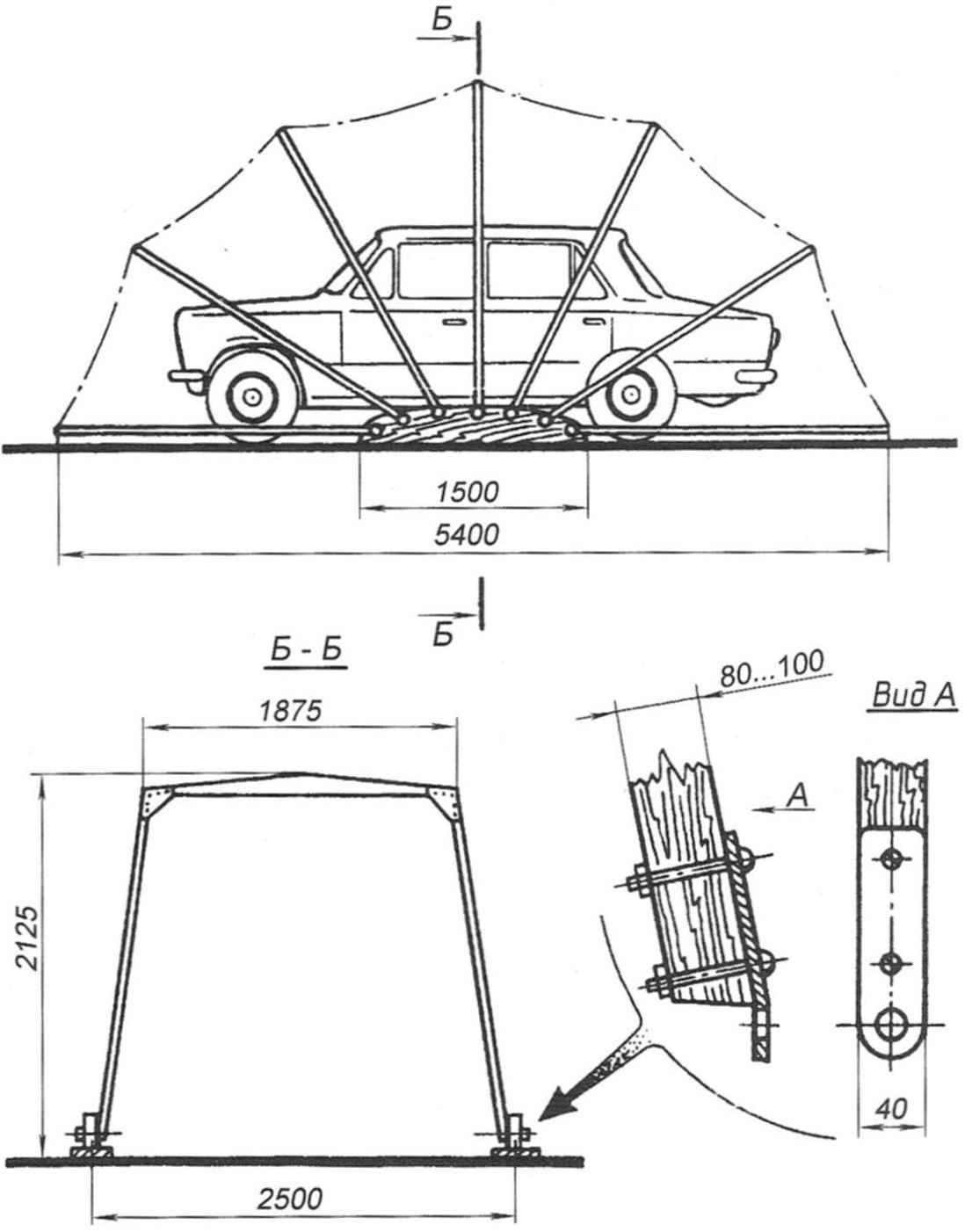 The trim cover can be sewn from tent fabrics, fine canvas, or, preferably, of material that goes in tents for trucks. The easiest way, of course, to make it of reinforced plastic film, at least, one or two seasons, such a film can withstand. A good waterproof composite fabric can be done yourself, if you use the iron to glue the gauze or other relatively inexpensive fabric with plastic film. For this film is laid on a smooth surface (e.g. hardboard sheet), cover with a cloth and gently iron iron. The temperature and speed of Ironing it will have to choose empirically depending on the thickness and thermal conductivity of tissue, as well as the melting temperature and film thickness.