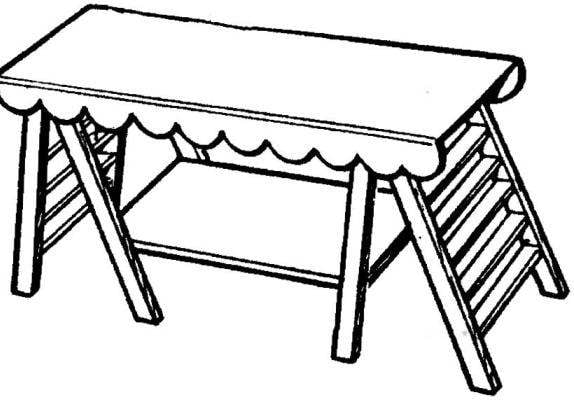 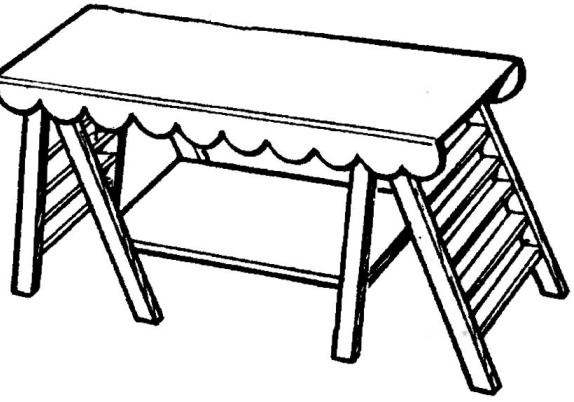 It is not an exaggeration: the basis of all of these designs really stepladder. However, originally arranged, which allows to obtain the transformation. Like all sliding ladders, it consists of separate halves having a top swivel. But that’s where the similarity ends. Next come the features that make the ladder universal fit to build the structures that are needed. In particular, for children’s room or for the garden.

Perhaps, the main thing here — an unusual hinge joint. The upper part of the stands ends with a small cut, where screws and glue to fasten the thrust Board connected from the bottom with a piano hinge. The witty design of the Assembly that the ladder in extended position, does not require any locking devices that would prevent dangerous extendable half. Have put in working position of the ladder resistant Board hinge Assembly converge closely and can’t “disperse” — stopping piano hinge.
Having made two such stairs, you can use them to assemble the desired structure. For rapid Assembly and disassembly in the racks need to drill holes for fasteners, for example, furniture screws.
BED. Because of its stability and the height of the ladder is suitable for the manufacture of bunk structures, for example, a combined children’s bed. There are two possible options: the first — when both the upper and the lower levels represent a place to sleep; the second when the bed remains only the upper part and the lower serves as a table for games and activities.
Build under bed storage boxes with bottom of slats or plywood sheet is not particularly difficult. As for the countertops: if it is used as furniture Board or particle Board, it makes sense to enhance to nail up or tighten screws two side rails, which also will facilitate the attachment of the shield to the uprights of the ladders. However, there is a quick release option: the bottom of the side boxes and racks countertops you can cut the slots for mounting it on the crossmember — tubular or wooden rods attached to the uprights at the desired height.
TABLE. The same tabletop with side rails, used in bed, will serve as a separate table. Wherein the second ladder is not required. The top falls on her cross additional grooves of the side rails or be attached to the uprights of the furniture with screws at a height convenient for games or activities.
Any of these methods of installation of the countertop provides the rigidity of the whole structure, as it prevents the ladder from accidentally emerge. 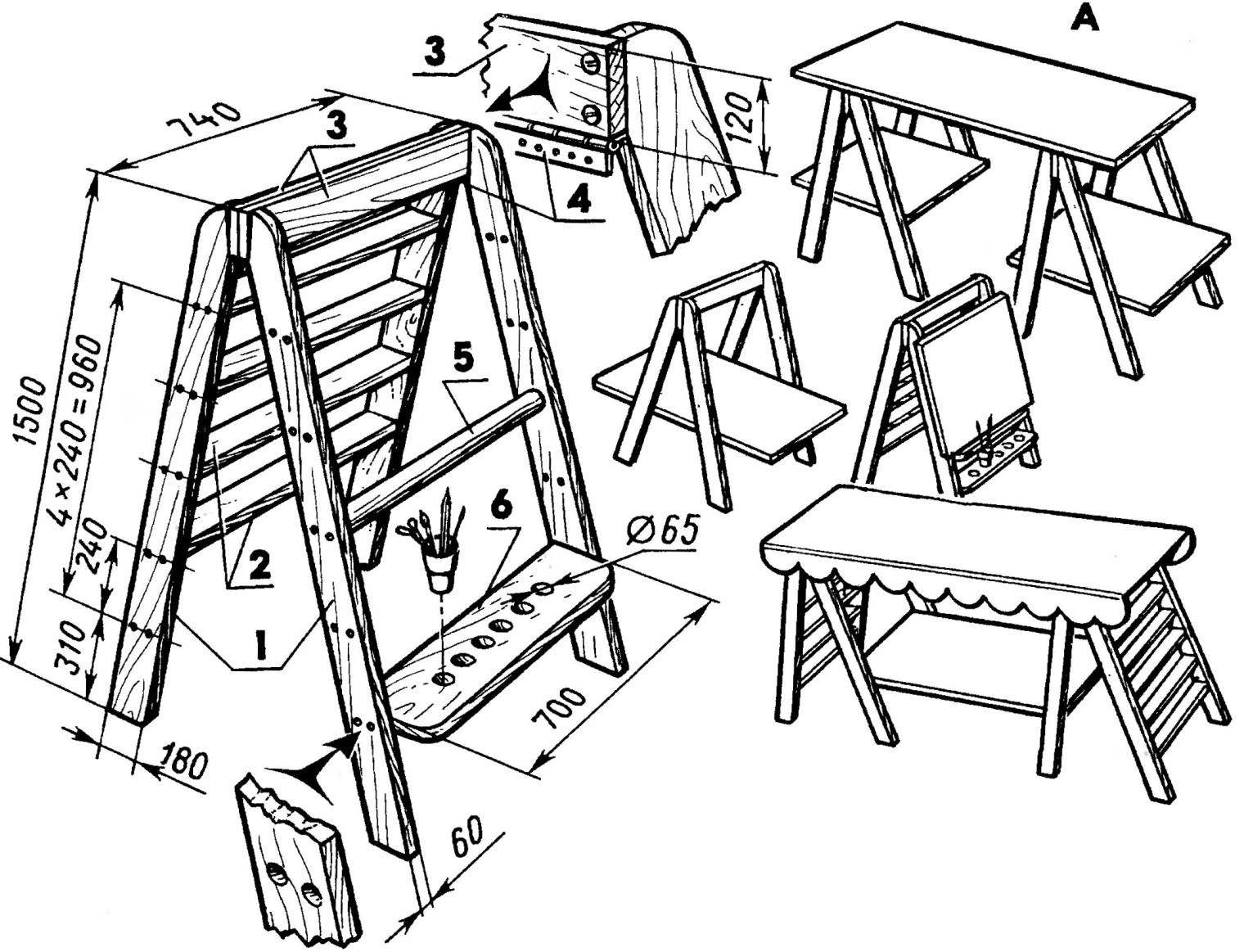 Universal ladder:
1 — front, 2 — stage, 3 — Board resistant, 4 — loop piano, 5 — crossbar rod, 6 — crossbar Podsolnechnaya. And options structures using ladders.
EASEL. The ladder is almost ready base for the easel, not only children but also the adult, because its height is suitable for mounting a drawing Board or canvas at a desired level.
If it is assumed drawings on paper, on rungs ladder it is easy to hang the plywood sheet-based on a format. It is easy to attach buttons to the sheet of drawing paper or cardboard. Below as cross struts it is better to use a narrow Board, nasverliv holes in it and placing the jar of water, pencil holders, auxiliary materials.
GAZEBO. Two ladders plus connecting rods with awning or canopy — so easy a shaded gazebo. She will protect the kids from the scorching sun or sudden rain. It can be placed separately or, say, over the sandbox.
Additional amenities kids in the gazebo will make the table big, as already mentioned, or two small tabletops, each on his ladder, with free space between them.
It is clear that the considered designs not exhaust the possibilities of the miracle of the ladder with plenty of space for creative imagination of the reader remains.
According to the magazine “Earmaster” (Hungary)