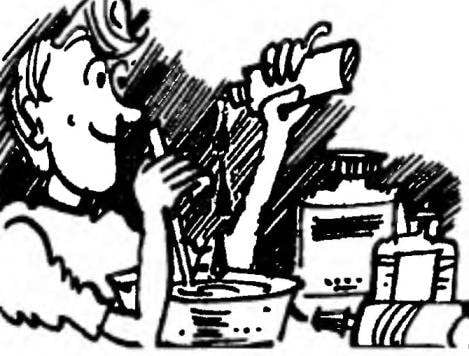 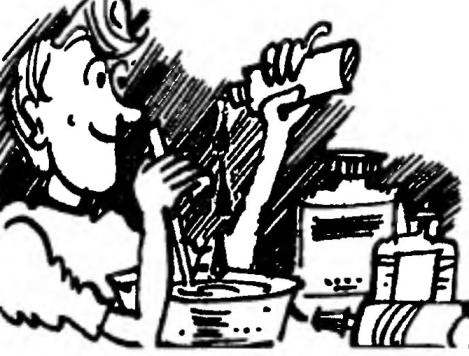 In practice household has long been used sealing paste, called “Mendeleev putty”: it is usually sealed joints frame and the glass walls of aquariums. This sealant around the plastic at a temperature above +45°C and after the solidification crack. And although it is diluted many organic solvents, softening him better not by them but by heating.

The composition of “putty Mendeleev” is quite simple (table 1). By varying the ratio of rosin, beeswax and linseed oil, can a sealant to obtain different plasticity.
Prepared “putty Mendeleev” in the following way. Wax is melted in a metal (but not tinned!) the dishes on the small fire, better in a water bath and while stirring is added to the crushed resin, and after the disappearance of foam — sifted mummy (or ochre).
Heated peremeshivanie continued until a homogeneous mass. Only after that the melt is introduced linseed oil (or linseed oil), the amount of which mainly depends on the hardness of the finished pasta. The process stops after the disappearance of foam, and putty is bottled ready for storage in paper forms. While using sealant is heated and applied to the product in a pasty state.
Possible replacement of wax with paraffin or stearin, and the mummy (or ochre) — other powdered substances. However, this degrades the quality of the sealant; as well as the use in its composition of vegetable oil instead of linseed oil.
“Putty Mendeleev” unsuitable for sealing gaps between rubber gaskets and glass or metal due to the adverse effects of linseed oil on the rubber, so motorists will not apply. However, a change in the composition of the paste allows to use it effectively and for sealing joints rubber with glass and metal. So, instead of drying oil (it is not rubber stand) you can use castor oil (to which rubber is resistant), and a filler in the form of the mummy is replaced by ocher, or often simply excluded from the formulation (although not desirable). 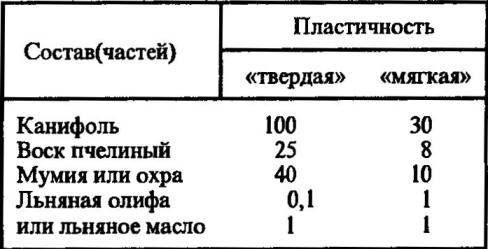 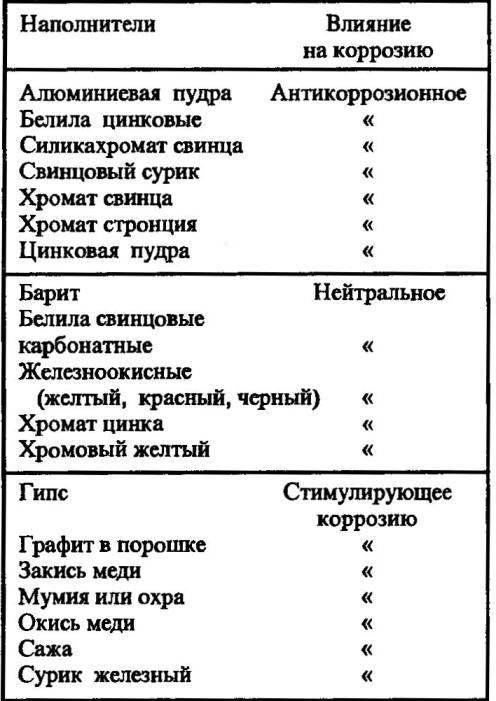 Table 2: FILLERS of the SEALANT
“Automotive” homemade sealant is prepared from natural wax (paraffin, stearin), rosin and castor oil. First, as in traditional “putty Mendeleev”, bloom in a water bath wax and rosin. The more rosin is introduced, the harder it will be sealant. The average hardness it happens when the ratio of rosin and wax 2:1 (when using paraffin or stearin composition it is necessary to pick up experimentally).
After-foaming during mixing and melt in it add the castor oil — 5 to 25 percent of the total amount of wax and rosin.
Note that the exception from the formulation of the dispersed filler leads to a decrease in the thermal stability of the sealant, so when you Park the car in the hot sun putty may begin to soften and flow out of the gaps. However, with the introduction of the fillers is necessary to consider that not all of them are neutral (table 2). So, for example, ocher, mummy, carbon black and graphite powder because of the tendency to corrosion suitable, and aluminum and zinc powder, white lead or minium of lead, on the contrary, ensure the sealant anti-corrosion properties.
To give the composition the desired color, you can add a small amount of appropriate dry pigment, focusing on the data table; you can add and heavy-bodied paint.
The plasticity of the sealant depends on the amount of castor oil. Practice shows that the best results are obtained by the use of putty, the viscosity of which after hardening is similar to frozen grease.
The sealant is laid in the gap between rubber and glass (metal) in a molten state using a smooth wooden spatula; the excess is easily removed with gasoline. 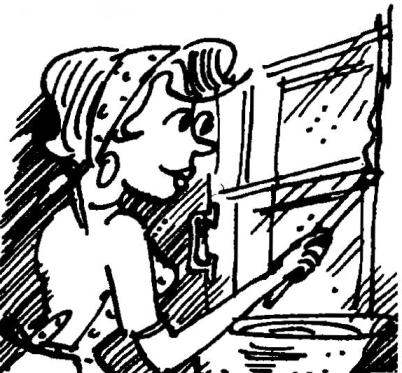 Manufactured according to the proposed recipe putty has all the necessary consumer qualities — will not crack in the cold and does not flow in strong sun.
M. OVCHAROVSKI