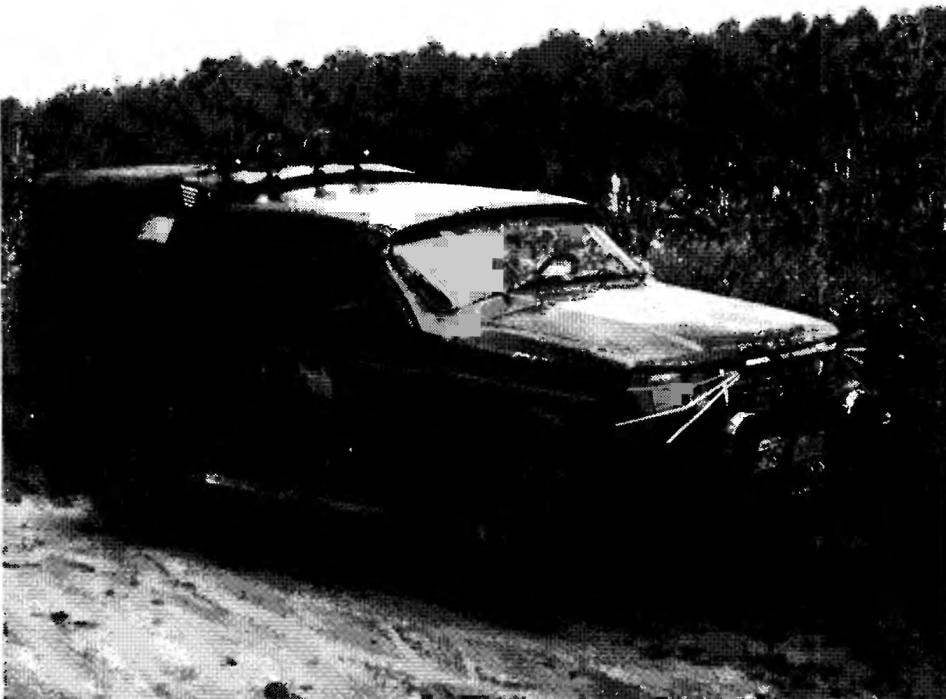 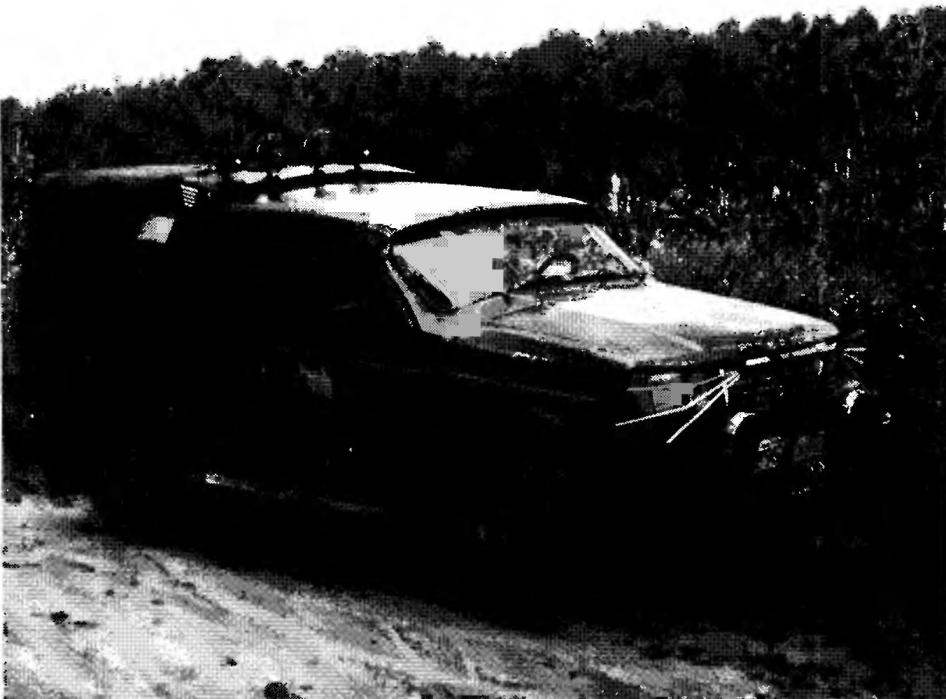 Amateur designer Oleg Aliev Old from the Moscow region village of Ostrovtsy is known by many thanks to its handsome jeep “SIMOT”, built in 1996. This car can be seen in the television program “the suburbs” and on the feast of the newspaper “Moskovsky Komsomolets” in the Luzhniki stadium, in the “Race to the bottom” in Krylatskoye and motor racing “the frost-98” in Moscow, where he participated as a machine breakdown, and finally in rally “the Golden ring”, dedicated to the 850th anniversary of Moscow. Everywhere the jeep attracted attention, despite its somewhat austere appearance, therefore, by the way, he earned the nickname “BTR”. Even on the streets of Moscow, literally Packed with cars, “SIMOT” is of interest to overseas owners of expensive SUVs.

The story of the creation of my car simple. After military service I married and left to live in Zhukovsky near Moscow. All relatives live nearby. But to get to them without a personal vehicle was Oh so problematic… and the farm is always in need of an assistant on wheels. So we decided with my wife to buy a used car. First bought “Moskvich”, then “Volga”. I suffered with them a lot, but to mind brought. Over time, they learned well can’t plumb, plumbing, mastered the electric and gas welding. Built and equipped with garage. Then I got the idea to manufacture a vehicle from the same aggregates and with whom I had to deal with almost every day.
It was supposed to be a car good capacity and capacity adapted to the roads of the countryside. Plan your embodied first in the drawing — useful skills in drawing and artistic molding. Get the SUV with five-seat cabin and a small body, closed tent.
Began to pick up the necessary components and assemblies. The most suitable chassis for it was from the car UAZ-469. But “vazovskie” gearbox (transmission) and distribution (RK) satisfied me on the performance parameters. Had to replace them with units from GAZ-69 and a few alter for their installation frame. In addition, the frame had to be modified and due to the fact that the basis of the body of the car was taken pretty low body of the “Moskvich-2141” and I have had “volgovskoe” motor stepped over the contours of his bonnet.
To install the engine, replaced the sub beam on the lower from Rafa, and under the CPR and ROK used the “home” — from the GAZ-69. Operations were successful, as frames of these cars are very similar. Unnecessary bumper and the front of the spars with hooks cut off. Removed and other unwanted elements. The body of the jeep was a little longer “wazowski-go”, so the rear part of the frame had to be increased to 150 mm at the expense of the panels, and to maintain the structural strength of the mounting of the tow bar and spars incisions made figure (shifted relative to each other) — shelves of the spars and the inner wall of the cut obliquely in front of the tow bar beams, exterior wall behind them. Then cut the spars to the ribs between the slits and extending part waril between them a steel insert. Since the distance between the supports of the rear springs has increased, their front fingers slipped back on the same 150 mm and welded four of the restraining springs. 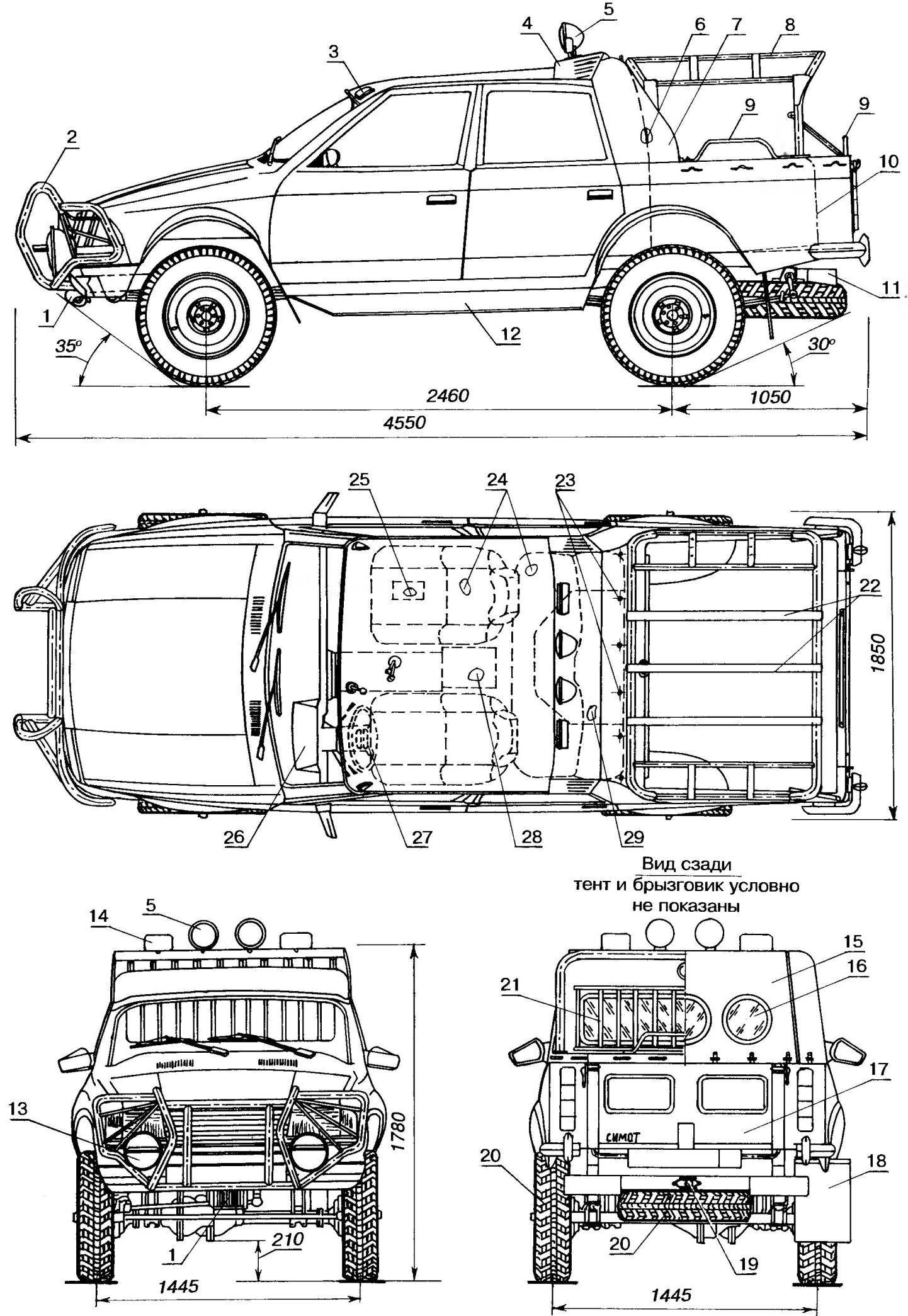 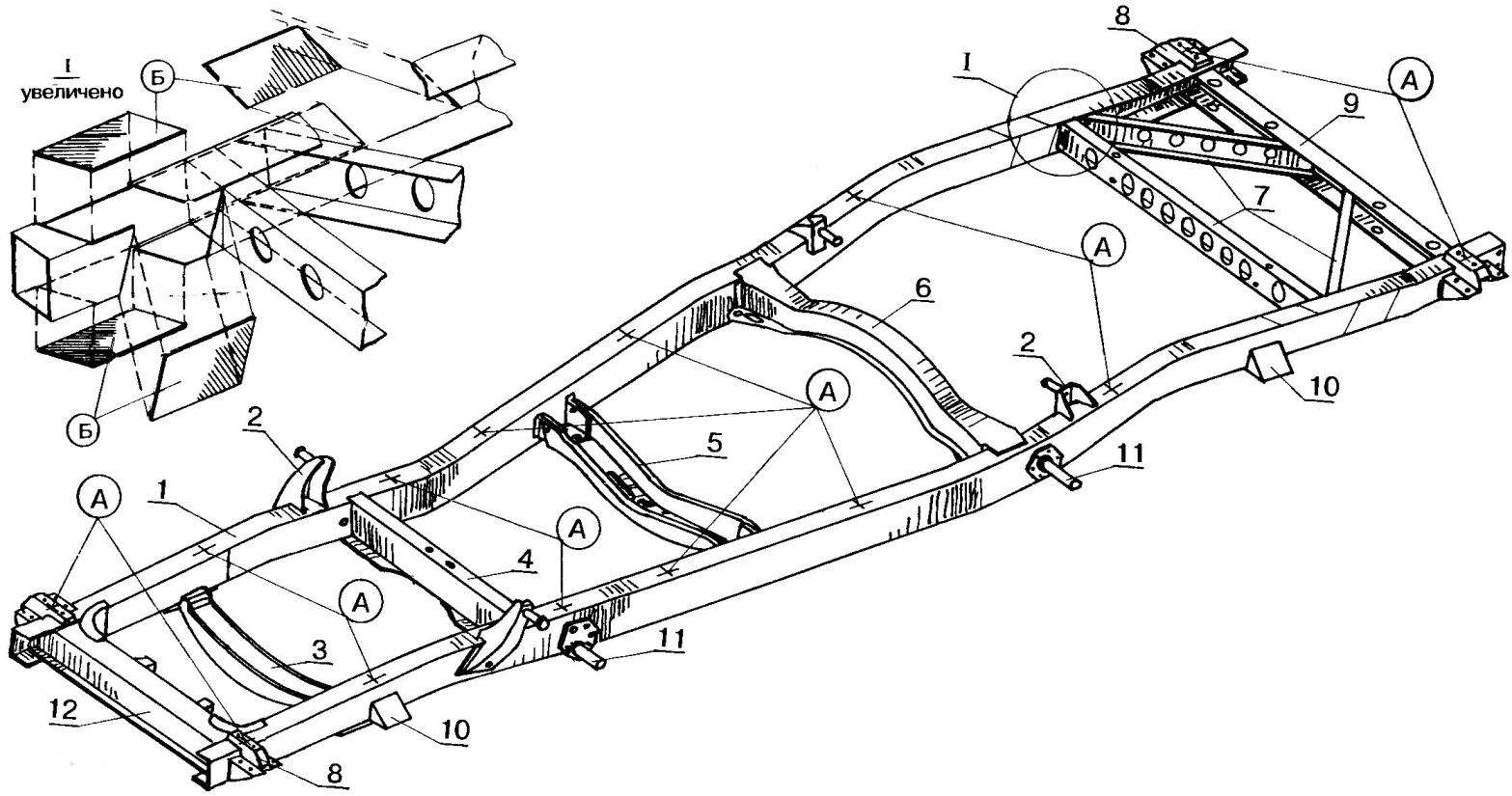 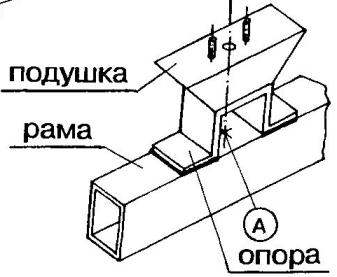 The arrangement of the attachment body.
Body — welded construction, assembled from existing sidewalls with wings, bonnet, front fascia with the headlights, bumper and the underbody from the “Moskvich”. To increase the volume of the cabin, used the windshield opening and the rear portion of the cab from the GAZ-53, and the roof — from the “Fields”. Of course, to connect these disparate parts would have to build a bench, but due to the limited space in the garage and I only used the building level and plumb. Details pre-customized by eye, then exposed or hung out, connected the wire and after the evaluation of the observed shape of the body is taken by welding.
Doorways, separated at the top of the roof, demanded changes to the shape of the front fenders. I made them taller, but shorter and fit under the grille, the openings of the hood and the windshield. The “window” formed due to the inconsistencies of the contours of the finished parts, seamlessly joined panels, ie cut steel sheet with a thickness of 1.2 mm. Side, the bottom of the load platform and the niche wheels welded of the same metal. By the way, the wheel arches are trimmed front and back to increase the gap between wheel and fender.
Finally, the assembled body is combined with the frame with bolts, using as additional absorbers are standard rubber cushion for mounting engines. Each pillow rests on a support bent from 4 mm steel strip and welded to the frame. The location of the supports were chosen so as to give additional strength to the bottom of the car in the most critical areas: under the engine compartment, seats and the cargo area. This condition and the different curvature of the bottom and frame has led to the fact that each pair of supports has its own configuration. The operation of the car showed that the solution was chosen correctly — when driving on the highway at speeds up to 100 km/h the vibration from the rigid chassis to the salon almost not transmitted.
Further work consisted in the equipment of the vehicle: on the front beam of the frame and the ends of the spars hung homemade crankcase of the engine, laterally closed frame with additional thresholds of bent sheet and welded to the “native” nut, assembled the frame of an awning from the elements “vazovskogo” and redrew the tent with round Windows. The spare wheel is secured on the beams of the tow bar. 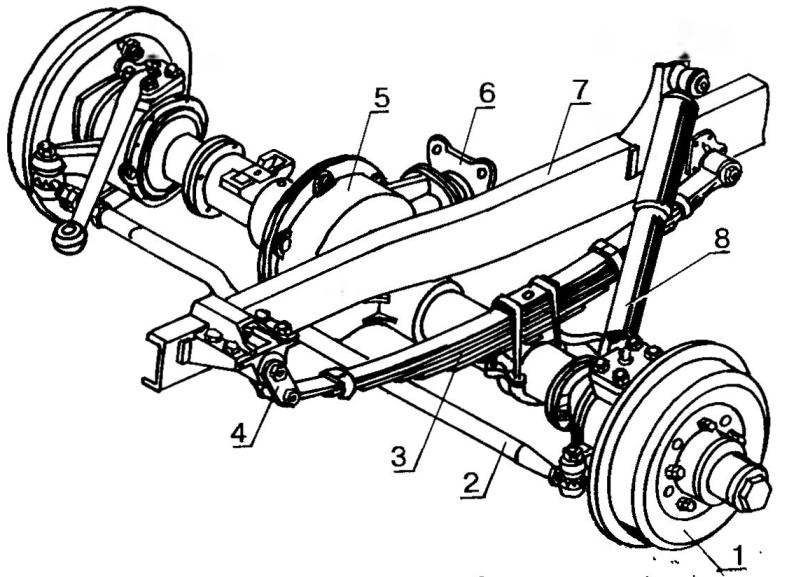 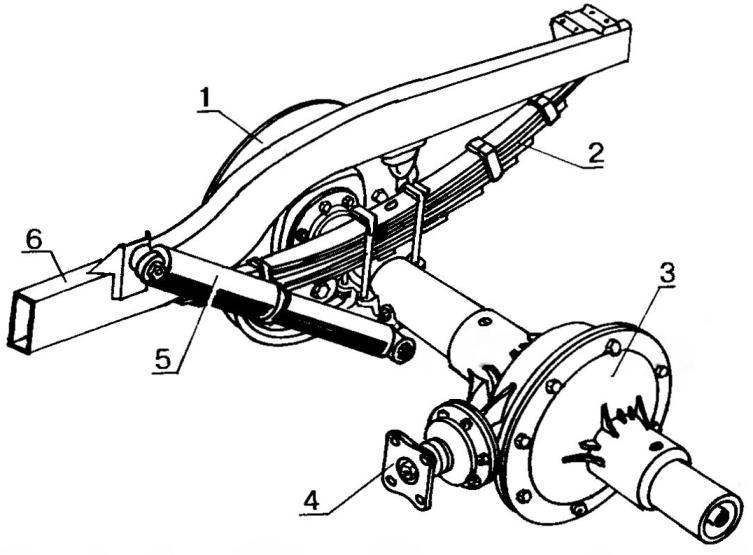 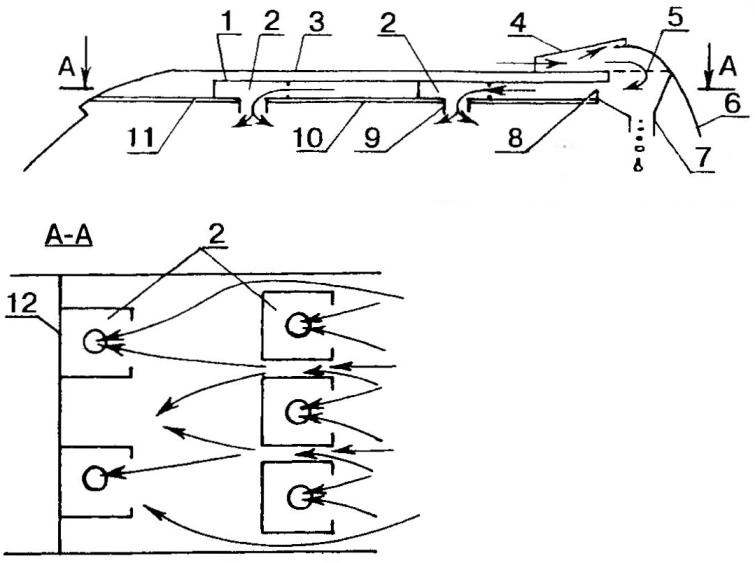 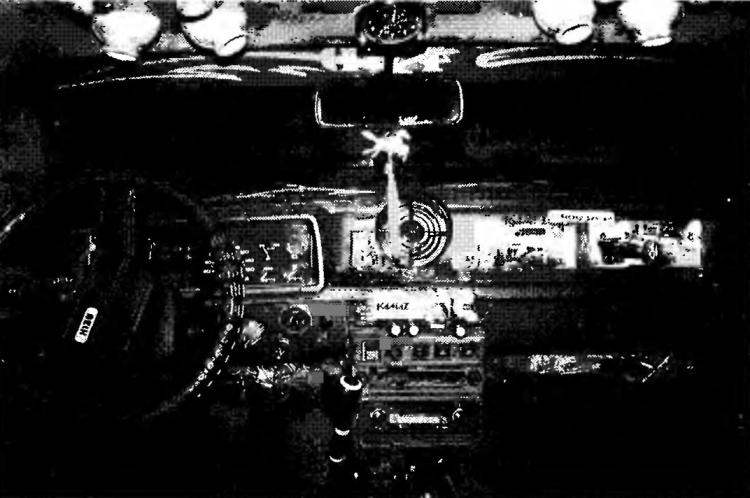 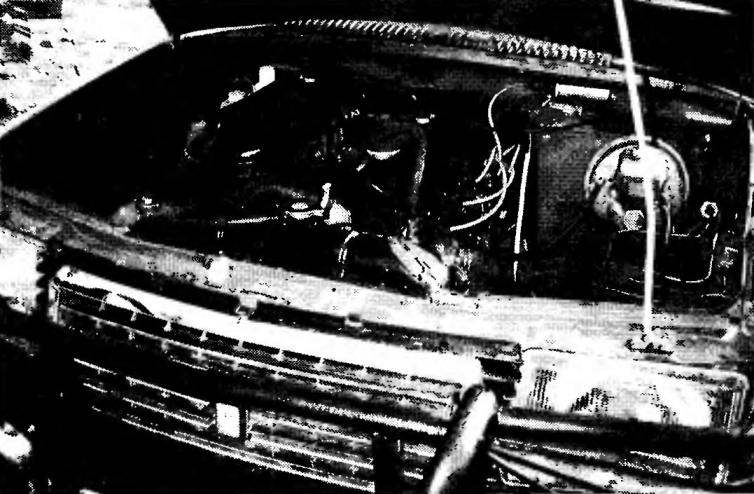 Engine compartment.
Internal filling machinery, including electrical equipment, mostly taken from the “Moskvich” and “Lada”. Only a makeshift stove and ventilation system of the cabin. On the latter should elaborate. The idea of it came when the door has brought me a few individual panels with the lighting and ventilation of written-off long-distance bus. I installed them in the cockpit of his car. The air intake placed on the roof, and under it — a box, in front of which the air is purified by the filter from debris and dust. Rain water is delayed with a reflex edge, accumulates in the sump and the pipes drained overboard. Adjustable flow rotary nozzle of the instrument is very convenient — a stream of fresh air can be directed in any direction, and the light from light bulbs, to include passengers at night, does not interfere with the driver. However, there is one drawback — the box and the ventilation devices “ate” 50 mm height of the cabin.
“SIMOT” reliably served us for more than two years. Many who first saw my jeep, I ask the same question: what is the name of the car? Always say, “Starikov, Irina, Marina, Oleg, Tatiana” my happy family”.
O. STARIKOV, Moscow region