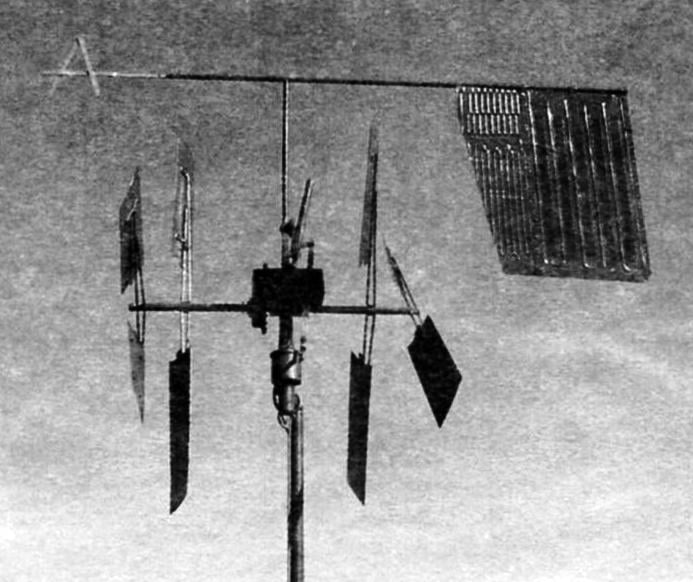 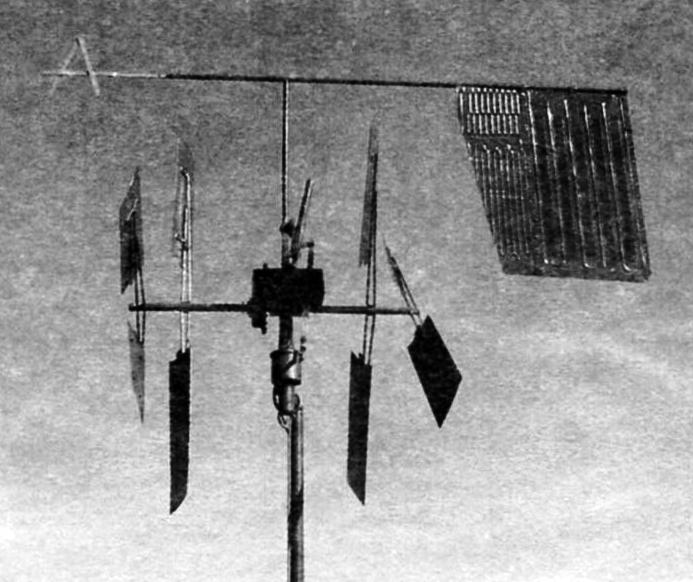 Thunderstorms, ice storms, hurricane winds frequently break the electricity settlements (sometimes up to several days). How to survive these days the villagers? You can buy petrol, but it is very noisy and expensive.
In one of the suburban villages nearly all year round living V. E. kolyaskin, inventor, designer and just a good man – my grandfather. He found a way out – built wind turbine. The unit is known, but grandpa made him his improvement. “The windmill” (as it is popularly called) is vassilopoulou, with a capacity of 120 W (at wind speed of 10 m/s). The diameter of the sweeping blades of a circle is 1.4 m. the Blades are assembled in a “two” and placed in pairs at both ends of the shaft (length – 1m), which reduces the load on the bearings and shaft vibration. For uniform blowing of the blades “two” are offset from each other by 90°, and the second Quartet is rotated relative to the first by 45°. Sent the blades to the wind vane.
In the middle of the shaft is a generator connected to the gearbox. The generator is three phase at 500 rpm it generates 23 volts, which are fed through a manifold in the bridge rectifier and further to a 12-volt battery. From him directly you can power led lights or through a Converter (AC voltage of 220 volts and a frequency of 50 Hz) to enable energy-saving lamps with power up to 15 watts. The generator power is sufficient for lighting homes and even a small refrigerator.
E. WHEELS